Would you travel half way around the world to see someone else's used chewing gum?

Would you travel half way around the world to see someone else's used chewing gum? Neither would we. But that hasn't stopped Bubblegum Alley in downtown San Luis Obispo, California, becoming the city's 'most-talked-about landmark' in the city.

The 20-metre long alley is home to thousands of blobs of chewing gum, some artfully arranged to make names or mini art installations. Kudos to the guy who made his gum look like rashers of bacon. 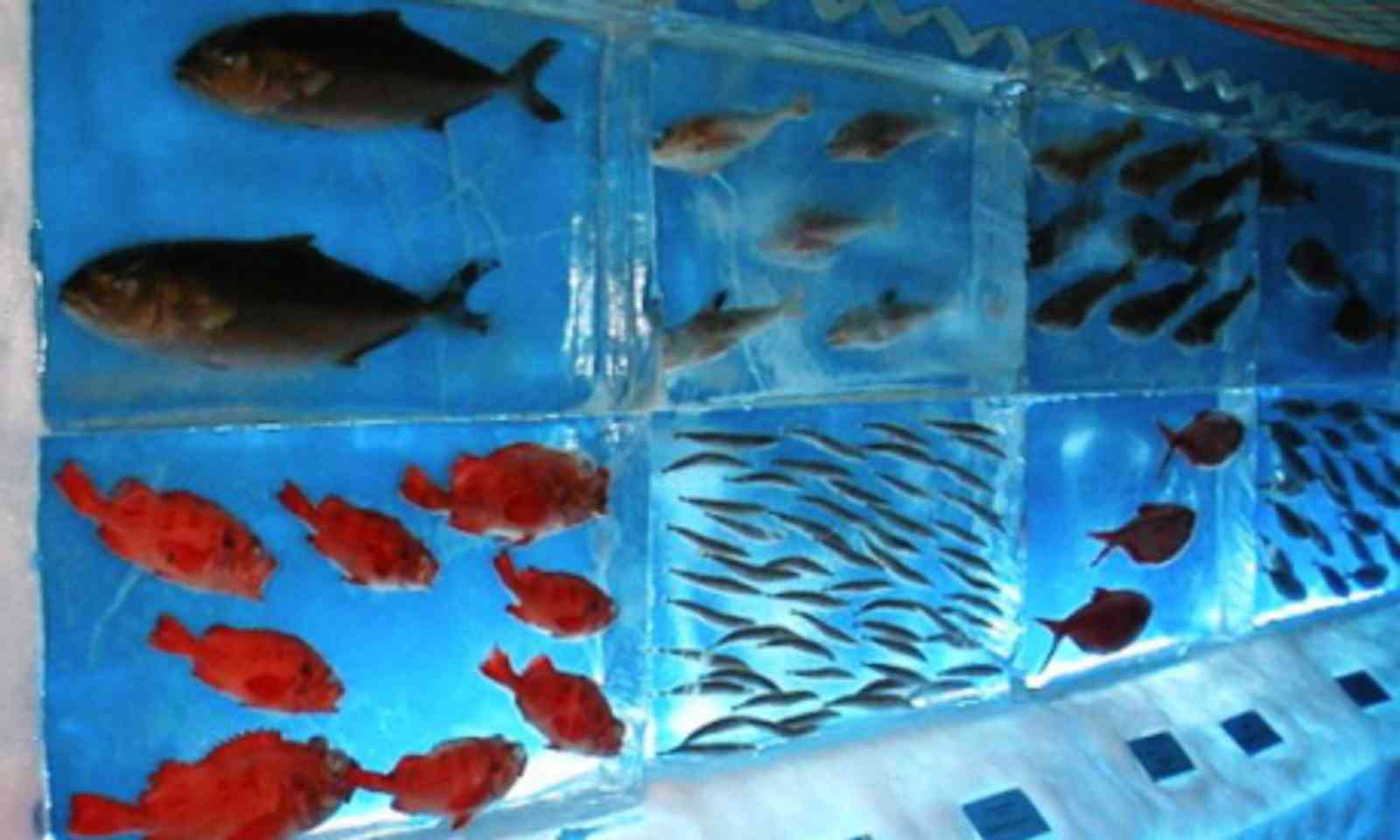 If Birdseye did aquariums this is what they'd look like. Eighty species of sea creatures, snap frozen and displayed in blocks of ice in the north-eastern Japanese city of Kesennuma.

All of the fish on display were unloaded from the local port and housed in a building kept at a chilly 20 degrees Celsius below. Visitors have to don parkas for their visit but at least the fish stay still long enough to identify their markings. And they don't have use-by dates. 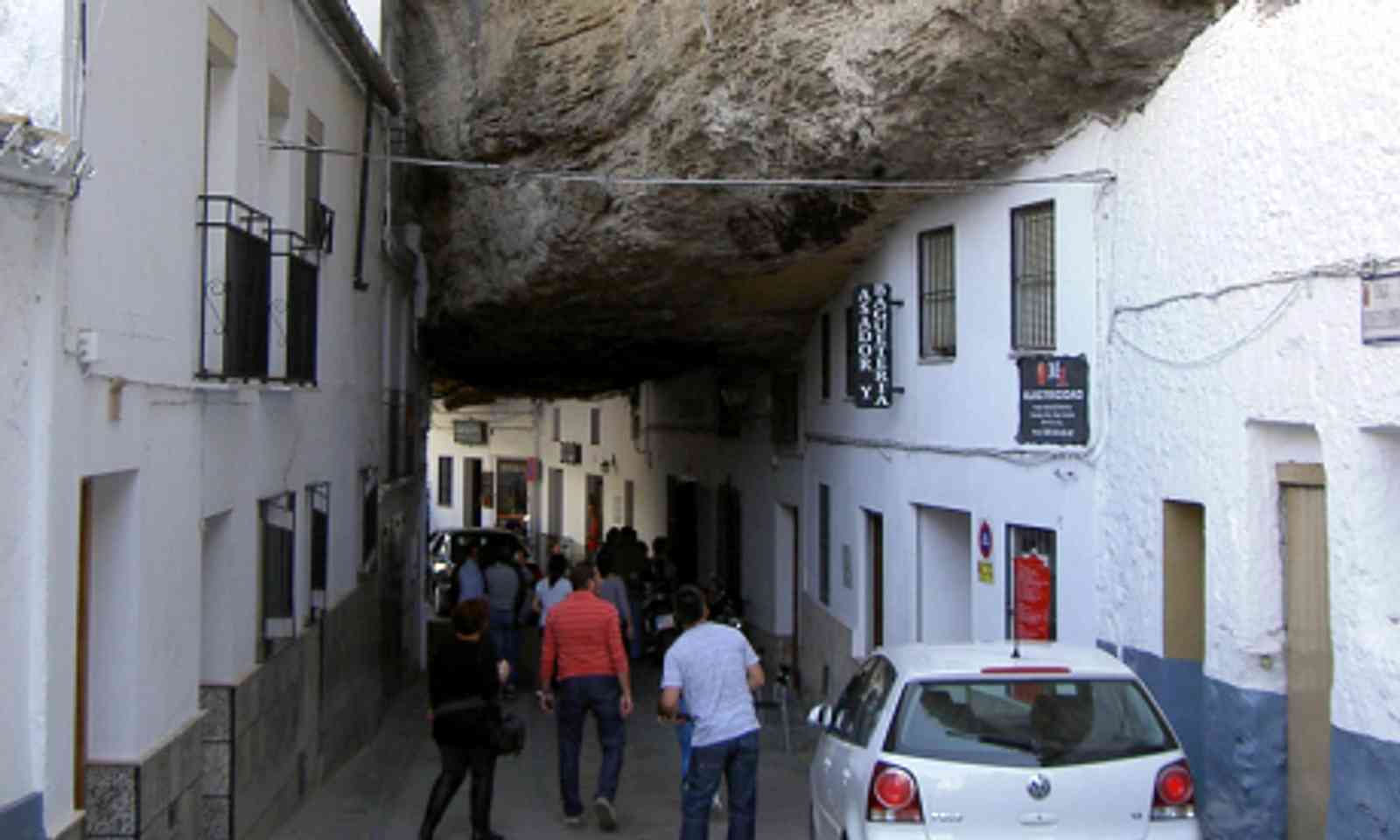 
The 3,000 inhabitants of this small town near Cadiz, Spain see nothing strange about having a massive cliff as a roof. Even when it looks like a massive meteor has landed on them.

But they do wonder why thousands of tourists flock to their narrow streets, clogging up footpaths and making parking an absolute nightmare. 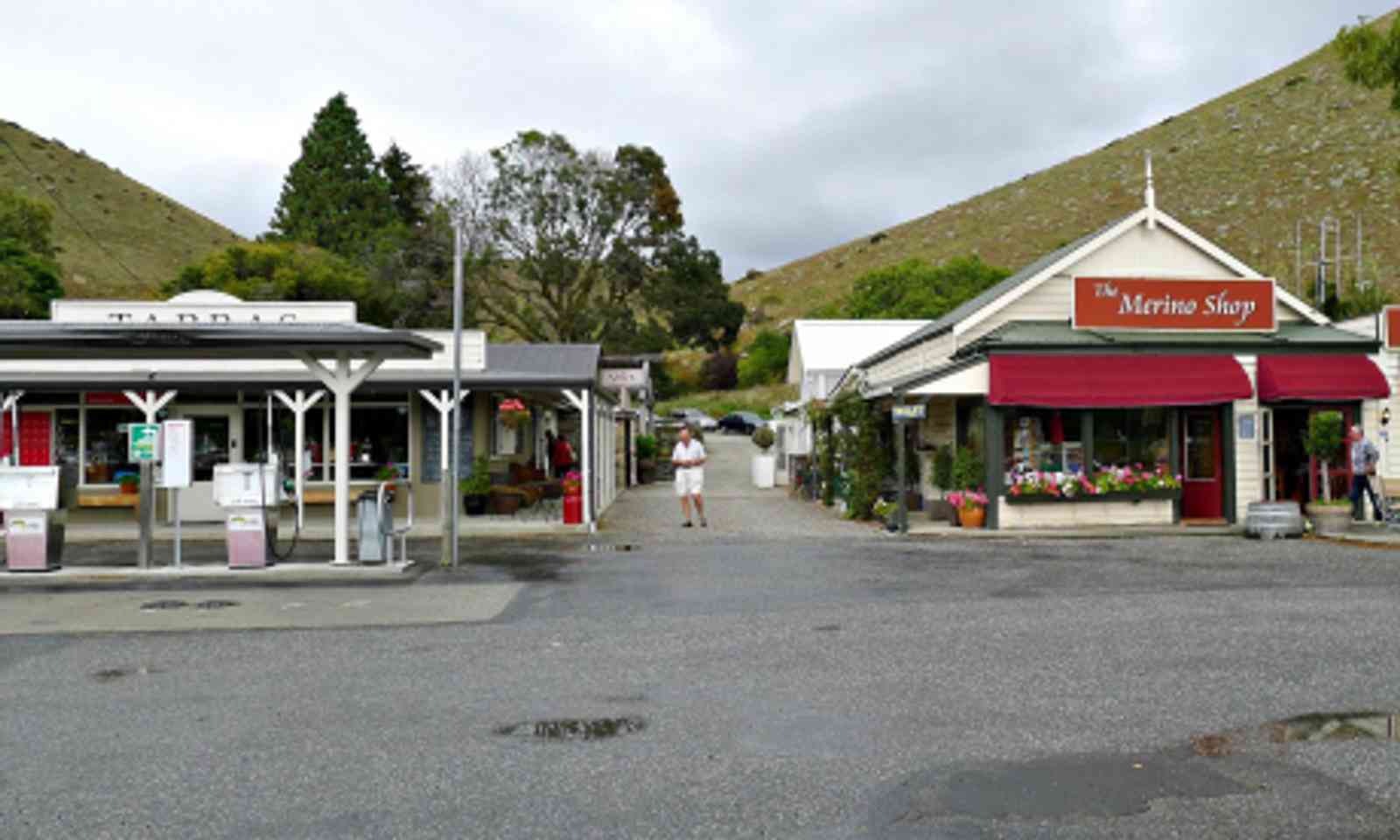 Shrek, a runaway sheep in New Zealand, shot to fame in 2004 when he was discovered hiding out in an Otago cave after evading shearers for six years. His fleece was so huge he could barely see and when finally shorn weighed a staggering 27kg. The nation mourned when he passed away in 2011.

Now the House of Shrek, in the tiny township of Tarras, documents his life and times, from the early hermit years (you can see a replica of the cave) to his later good works raising money via personal appearances and book sales for a children's health charity. 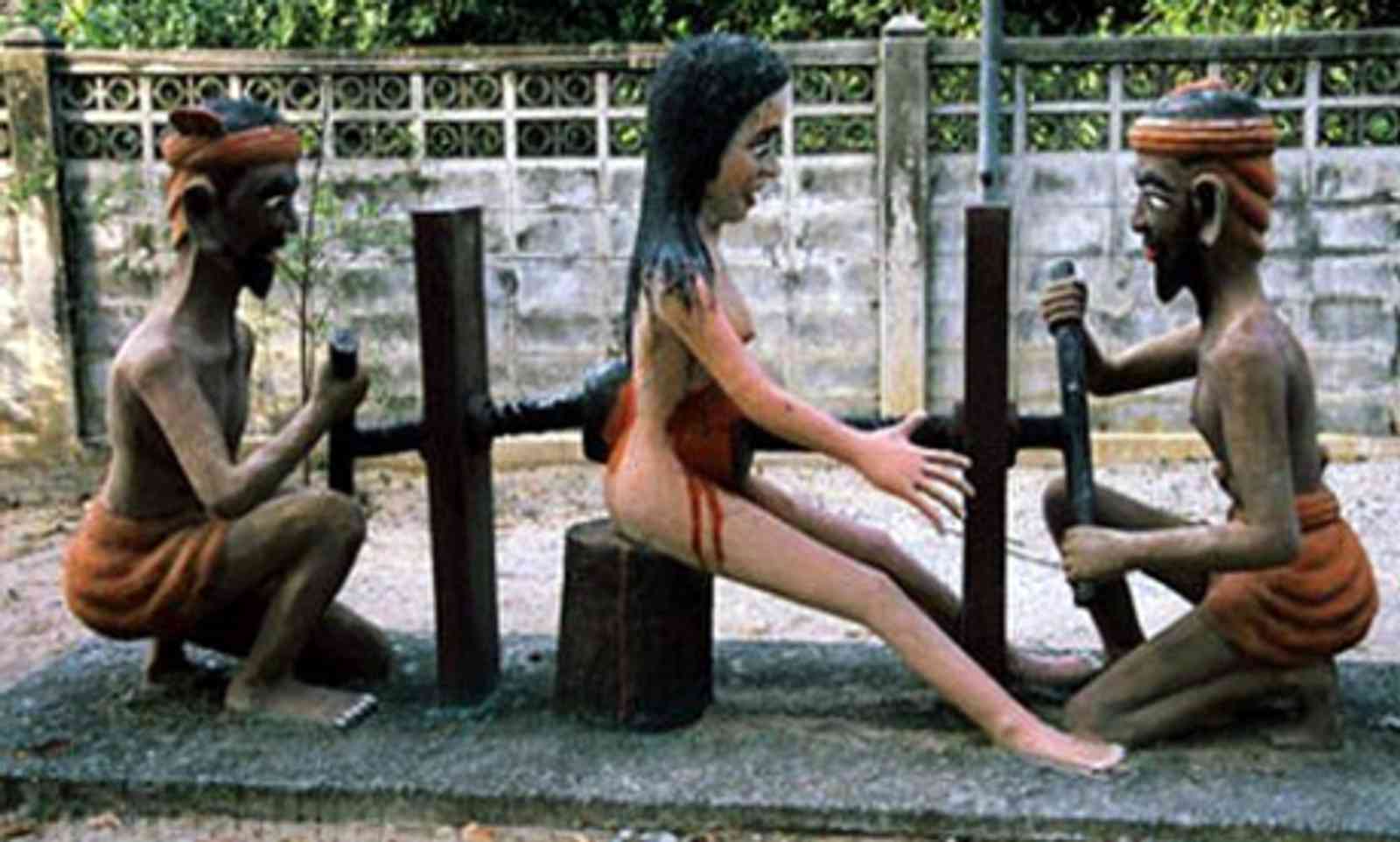 'Welcome to Hell' reads the sign at the entrance of this monastery, roughly halfway between Bangkok and Pattaya. And if what is inside is anything to go by, we all need to mend our ways pretty sharpish.

The monastery houses a collection of grotesque sculptures that lay out, in no uncertain terms, what the afterlife has instore for those of us who have been naughty, not nice. Boiled in oil? Sawn in two? Disembowelled by birds? That's just the start of it. 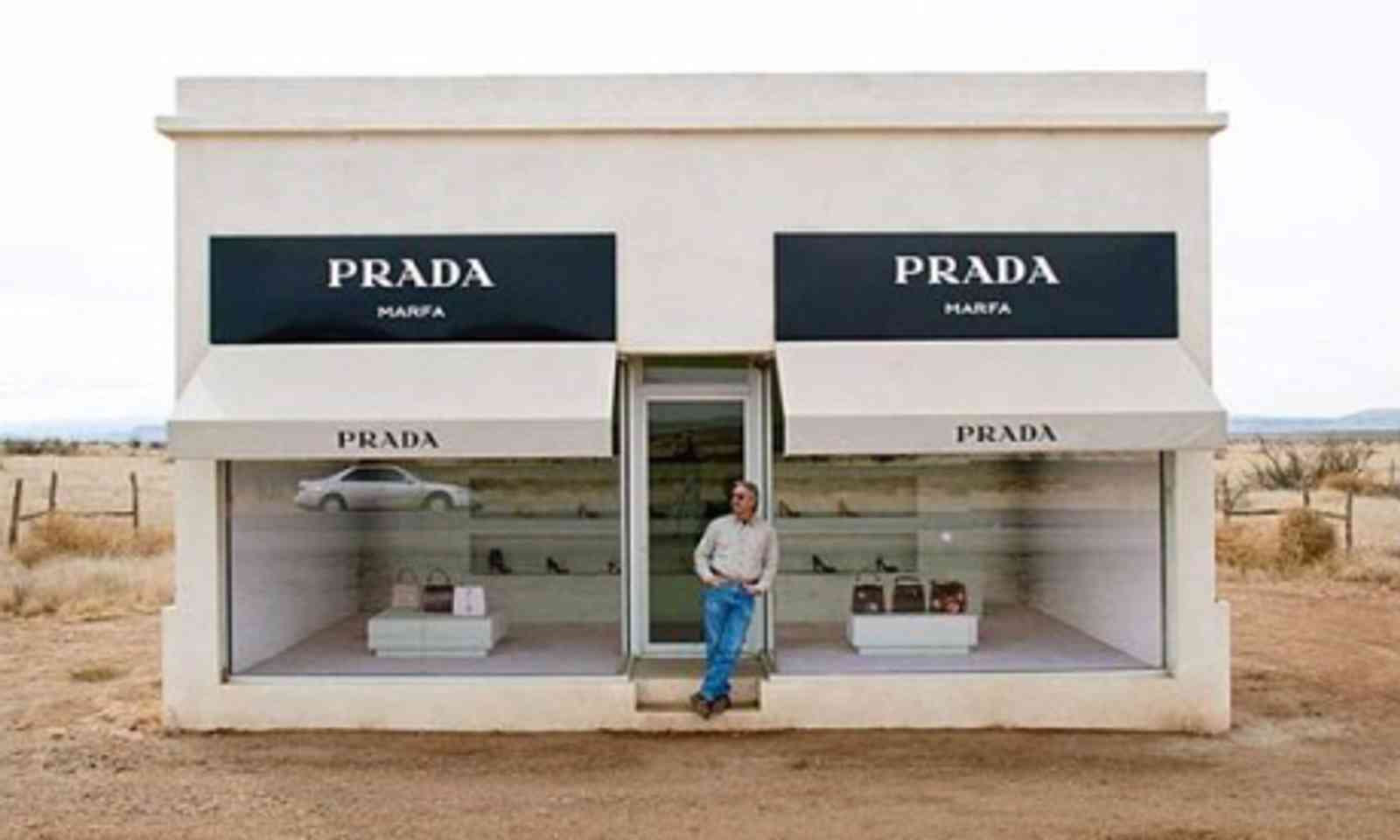 The Marfa Prada Store sits in splendid isolation in the middle of Texas nowhere, just off route 60. Bad news if you spot something you like in the window though. It's not actually for sale. The Marfa Prada Store isn't a retail outlet, it's a bizarre art installation cobbled together by Berlin-based artists Elmgreen and Dragset.

Take heart though. It's real Prada on display, not knock-offs from Asia. Miuccia Prada herself not only gave her blessing to the project but also hand-picked the entire stock of 20 shoes (all left feet) and half a dozen handbags.