Sir Ranulph Fiennes: 'I was nearly the next James Bond'

Climbing legend Sir Ranulph Fiennes discusses his heroes, his motivations, and how he nearly beat Roger Moore to the role of the world's most famous spy

Where does this desire to push yourself beyond the limits come from? 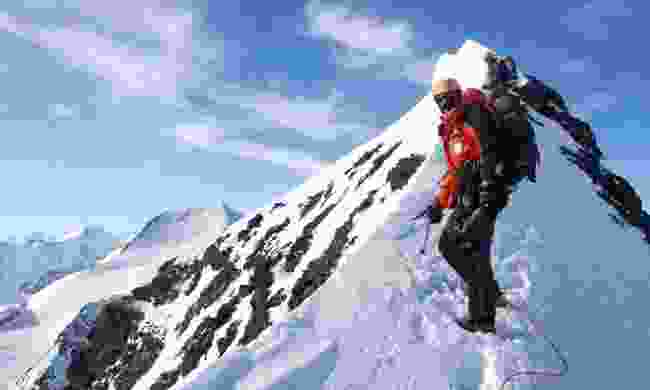 Climbing the North Face of the Eiger (Ian Parnell)

When I plan a project, it’s always something that hasn’t been done before. Of course, then I hear that other people are trying to do it – usually the Norwegians! It certainly doesn’t come from my childhood. At school, I assiduously avoided all sports. It was only when I joined the army, and found the tank exercises so boring, that I decided to take up cross-country running.

Why were you expelled from the SAS?

For misuse of army explosives on public property. Britain’s prettiest village was being ruined – Twentieth Century Fox had constructed a film set nearby, and were making a real mess of things – so five of us decided to go down there and blow it up.

You once contrasted ‘genuine explorers’ with ‘expedition people’. What’s the difference?

You don’t call yourself an explorer if you haven’t achieved the correct definition of the verb ‘to explore’, ie to go to somewhere new and bring out useful information. It would be better to use the term ‘adventurer’ for people who go mucking around in balloons over various mountain ranges or, for that matter, Primrose Hill. But, whatever you call it, any activity is worthwhile for the person involved; far better to climb mountains than sit on your backside watching television.

How does it feel to be described as ‘the world’s greatest living explorer’? 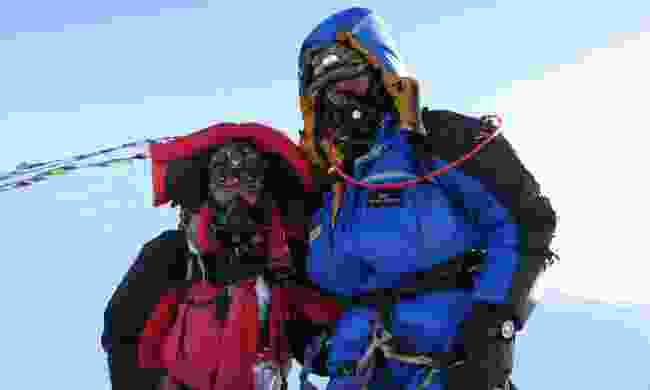 On the summit of Everest with Sherpa Tundu (Adventure Travel Show)

That was The Guinness Book of Records, in 1984. I was alongside the world’s greatest living musician, Paul McCartney, and the world’s greatest living sportsperson, Billie Jean King. Commercially it was very valuable, because it gave a huge boost to my public speaking, and people were far more inclined to book me than Margaret Thatcher or Will Carling. Personally... well, it’s so long ago, I really can’t remember.

You contracted severe frostbite on one expedition to the North Pole and had to cut off your own fingers. How did you do it?

I was told that my fingers would have to be amputated, but that I would have to wait five months. So I was walking around with these horrible-looking digits; you can’t touch anything and, if you do, it’s unbearable. I thought, “Why not just get rid of the mummified bits, the bits that won’t hurt?” So I did it at home with a Black & Decker vice and a fretsaw.

You’ve written a biography of Captain Scott. What inspired you to write about him?

I heard of a biography that portrayed him as ‘a bumbling fool and a failure’. I later discovered that this seemed to be a widely held view. So, having crossed Antarctica myself, I decided to use my own experience to get an awareness of the man, and to restore the historic reality. It’s a book based utterly on fact.

Do you feel an affinity with him?

The Land Rover 7x7x7 Challenge, in which you ran seven marathons in seven days, was an incredible feat, bearing in mind that you’d suffered a heart attack and undergone triple bypass surgery... 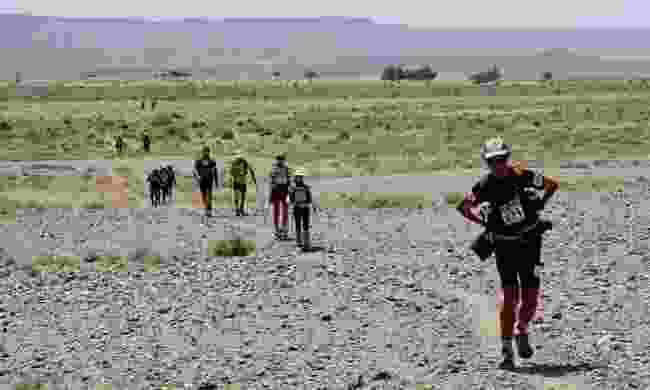 Yes, that wasn’t exactly part of our training plan. I suggested to my running partner Mike Stroud that we postpone it for a year, but by that point all the sponsorship was in place. I mean, I couldn’t lift things, or drive, or do much of anything for eight weeks. We concentrated solely on the first marathon. If you thought about the other six, you wouldn’t do it. But the feeling when we finished in New York was one of overwhelming relief.

Where do you go to relax, and what do you always pack?

The west coast of Scotland, and I always pack at least one tube of Anthisan; there’s nothing worse than having your holiday ruined by some terrible itch.

They’re casting around for a new James Bond at the moment. I hear you once came within a whisker of getting the part yourself...

Yes. They decided that, rather than get an actor, they’d get someone who’d actually done all the Bond kind of stuff. Someone suggested me and I needed money for an expedition I was planning at the time, so I came down to London to see Cubby Broccoli. To my amazement, out of 400 people, I got down to the last six. Unfortunately, it only took two minutes for him to say, rather rudely, that I looked like “a farmer whose hands are too big and clumsy”. So they chose Roger Moore instead.