Sir David Attenborough: "My life and travels with music"

The legendary broadcaster and naturalist reveals a little-known side: world music collector and aficionado. Sir David Attenborough shares his favourite songs and the memories they bring back with Songlines magazine's Julian May

David Attenborough has been making natural history programmes for 60 years. He is held in such high regard that when he went to the White House, it was the President of the US who interviewed him, rather than the other way around.

I wonder if, after discussing the fragility of planet Earth, Obama and Attenborough had a conversation about another concern they share: music. After all, one of Attenborough’s earliest collaborations, as a young television producer in the early 50s, was with Alan Lomax, the American folklorist who collected songs from Leadbelly, Jelly Roll Morton and many others.

“I had become interested in folk music through the Third Programme, now Radio 3,” Attenborough tells me. “The BBC brought Alan Lomax over, initially to make programmes about flamenco. When I heard them, I thought it would be a good idea to make a series about traditional music here. Alan was very enthusiastic and soon musicians from all over Britain and Ireland were coming to the studios at Alexandra Palace to take part in our series called Song Hunter.

Among them were people who became famous figures: the Copper Family, the great fiddle player Michael Gorman, and Margaret Barry. She left her banjo under the studio lights, so when she came to sing She Moved Through The Fair not a string was in tune, and she had taken her teeth out. The audience disagreed, but I thought she was magnificent.”

In 1959, Zoo Quest took Attenborough to Paraguay, where he was delighted to find anteaters and armadillos, and a tradition of harp music. “I recorded a group with two harps and three guitars, including a huge bass instrument called a guitarrón. They played great sweeping glissandos on the harps. We used some of it to accompany images of armadillos trotting over the Chacos desert. One tune, Pájaro Campana (The Bell Bird) became the signature tune for the series and Paraguayan harp music became very popular.

When Trio Los Paraguayos came to Britain they were very pleased to find an audience already prepared for their music.” Attenborough, then, is responsible for breaking one of the earliest world music acts in the UK, something he talks about in an interview about music with the BBC.

“Music takes me back to those places 50 or 60 years ago,” Attenborough muses. “Visual images don’t. I see film of myself from then, chasing an anteater, and think "what an odd human being", or "what funny trousers". But hearing the music takes me right back. Sound has that power. “

That power is not limited to his own personal experiences. Listening to Gurrumul from Elcho Island, north of Arnhem Land, Attenborough hears a connection between the singer and this ancient culture and land. 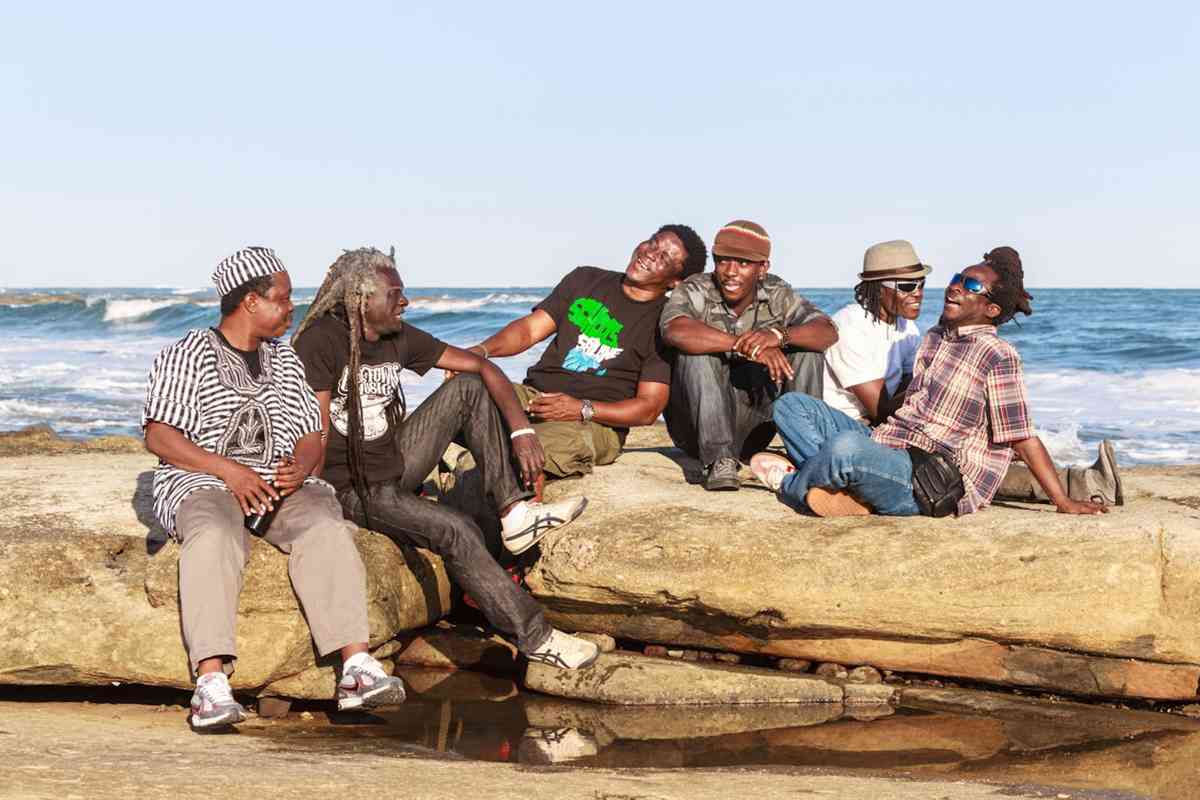 Attenborough acknowledges that music no longer develops in isolation. “Back then it was possible to hear music that had developed over thousands of years completely free from Western forms that now have taken over the world. You would not be able to record the music that I did then today.” His choice of the Sierra Leone Refugee All Stars reflects this. Sierra Leone was the first country he visited for Zoo Quest where he recorded amazing drumming and balange playing.

Since then the country has been ravaged by war and the Sierra Leone Refugee All Stars, who formed in a displaced people’s camp, now play all over the world. As well as the sounds of Sierra Leone, you can hear reggae, highlife, American pop and more in Akera Ka Abonshor. “And that’s the way it is,” says David Attenborough.

Read Julian May’s full interview in the new issue of Songlines (March #125) with David Attenborough’s playlist on the free covermount CD with the magazine, available to purchase at www.songlines.co.uk