Sir Chris Bonington: The 5 peaks that changed my life

Britain's greatest living climber reveals the peaks that shaped his career, and why he considers NOT getting to the top of Everest in 1975 his greatest achievement... 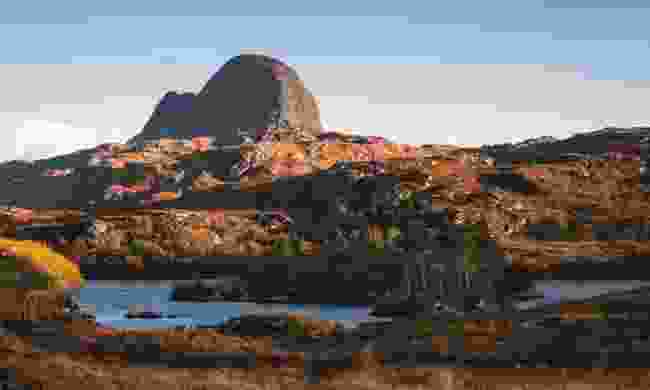 Suilven is a long whaleback of a mountain, but when you approach it from the west you just see the end of it – an absolutely perfect peak, with a great sandstone buttress. The sandstone peaks here are basically ones that weren’t worn away by the last Ice Age, rising out of this wild rolling landscape of bog and bare granite.

I first climbed Suilven back when I was 17 and it is one of the most magical days I have ever had. It was my second holiday in Scotland, just after I had discovered climbing, and I went up with a friend. We carried our rucksacks, hitchhiked, and bivvied most of the time. I remember sleeping in the ruins of Ardvreck Castle –  it was the only thing with a roof on it for miles – before we set off from Lochinver to climb Suilven. We tried following a route, which wasn’t every good, so we ended up climbing a new route.

The views from the top of Suilven were incredible. To the south there was a big, wide loch, dotted with islands. That day captured everything that I love about climbing and inspired me to keep doing it – the sense of exploration, the beauty of the mountains themselves, as well as the experience of really stretching yourself in the process.

2. North Face of the Eiger, Switzerland 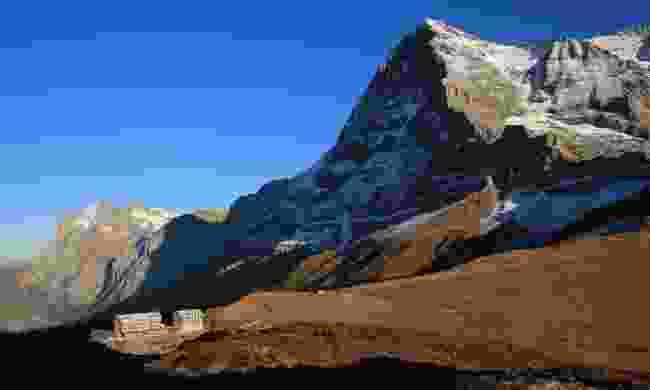 I went to the Alps for the first time in 1957. I’d gone into the army, into Sandhurst. My first regiment was the Royal Tank Regiment and I was stationed in Münster, Westphalia, which is as flat as a pancake. But I’d never had the chance of going abroad before and it really widened my horizons.

The first person I climbed with in the Alps was Hamish MacInnes. I had climbed with Hamish in Scotland when I bumped into him by chance in Glencoe. Everyone else had gone home and he resigned himself to climbing with me, a school boy. We made several very important first winter offenses, with Hamish leading and me learning a heck of lot from him. So when I was in Germany, I wrote to him to see if he wanted to climb in the Alps. He promptly sent a postcard back saying, ‘Yes, delighted to climb with you’ and suggested we met in Grindelwald and our first climb should be the north wall of the Eiger.

Unfortunately, the weather was threatening, so we had to back out of it, but we went off and climbed other things. Over the years, however, I was always coming back to the Eiger. Making the first British ascent of the north face of the Eiger with Ian Clough in 1962 gave me the opportunity to make a living around climbing, doing what I’ve done ever since. 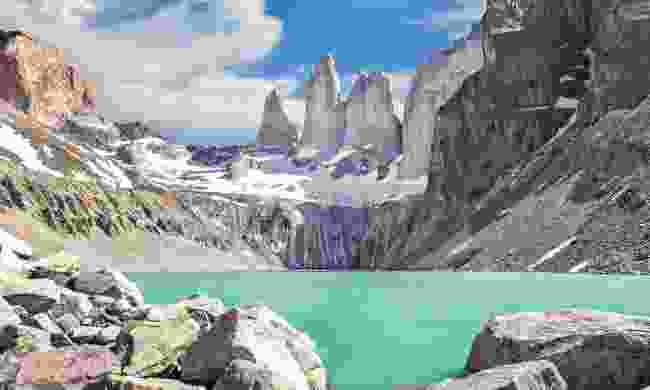 After I left the army, I had a short spell working in Unilever as a management trainee. I’d only been there a short time when I got offered a spot on a climbing expedition in Patagonia. I tried to get Unilever to let me go and they said it was high time I got stuck into a career. Needless, to say, I went to South America.

The expedition leader was Barry Page. Our aim was to be the first people to climb the Central Tower of Paine. We were camping at the bottom of it when an Italian team turned up to climb it as well.

Barry had applied for a general permit for climbing and exploration in the Paine region. The Italians had one specifically for climbing the central tower and tried to get us moved off it. By that time we had made a start and it developed into a bit of a race between us and the Italians, which I’m glad to say I won.

In the end, defying Unilever and going on that expedition was one of the very important decisions of my life. Of course, it helped that the last thing in the world my wife Wendy wanted was to be an executive’s wife, so I could go off on an expedition and worry about how I was going to make a living afterwards. 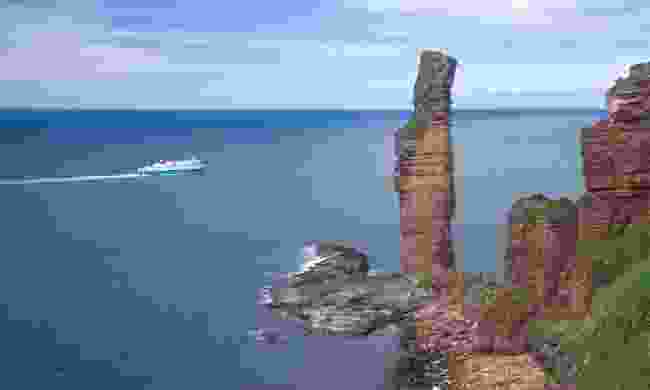 Old Man of Hoy and a ferry (Dreamstime)

I was the first person to climb the Old Man of Hoy and the oldest when I climbed it again when I was 80. Both climbs were a kind of catharsis. The first time I was grieving the loss of my youngest son, Conrad. I was in Ecuador, climbing Sangay when I heard the news he had drowned and rushed back to Wendy. Losing a child is one of the most dreadful things that can happen to anyone.

It was Tom Patey, a great friend and a fellow climber, who suggested climbing the Old Man of Hoy. Tom was the local GP at Ullapool. He had the largest practice in area in the British Isles and probably the smallest in number of patients. His passion was exploratory climbing and said that there was this fantastic sea stack we should climb. I think he saw it as a way of getting my mind off things. So we went and made the first ascent of the Old Man of Hoy, the finest sea stack in Britain, and an iconic thing to have climbed.

My second climb was cathartic too. My wife Wendy had died in the July and I’d just turned 80. Another climbing friend, Leo Houlding, one of our most brilliant and talented young climbers, said ‘Why don’t you come and climb the Old Man of Hoy to celebrate? You’ll almost certainly be the oldest person ever to have done it and I am still the youngest.’ (I think he was 11 when his dad took him up it.)

At that point, after Wendy’s death, there was a deep, deep grief and it just seemed like a good idea to go and climb it again. It was a struggle. I was very, very unfit because I’d done practically no climbing in the previous two years because of Wendy’s illness. I’d pulled my back as well so, even as I started climbing, it hurt like hell, yet somehow, I climbed it. Sure, I had a good tight rope from Leo, but I wasn’t just hauled to the top like a sack of potatoes. It was just a wonderful thing to share with him. 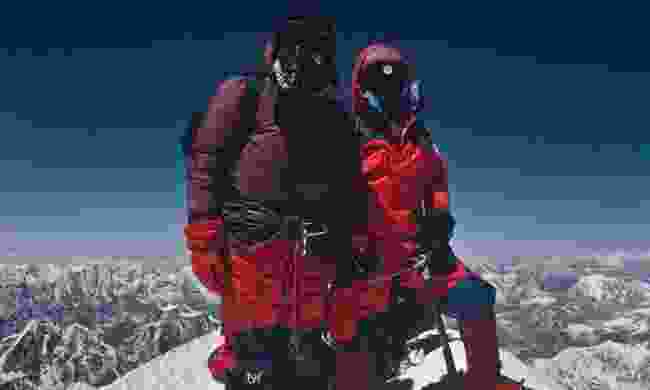 The most challenging thing I’ve ever done was conceiving, planning and leading the successful expedition to climb the south west face of Everest in 1975. The ironic thing, of course, is that I didn’t go to the top of the mountain. That wasn’t my role, even though I was at the height of my powers, just over 40 and going very, very strongly.

My job was to make sure that the mountain was climbed, not to get up it myself. Doug Scott and Dougal Haskin made the first ascent – and hence the first British one –  and then the second ascent was Peter Boardman and Pertemba Sherpa. I discovered there that I was good at leading, that I was good at planning and organisation and it had a huge influence on my life.

I finally got to the top of Everest in 1985. Arne Næss, a Norwegian multi-millionaire, was leading the first ever Norwegian team to climb Mount Everest and he invited me to go along with them. I was 50 (no one had climbed Everest at the age of 50 at that stage) but it was the South Col route. I got to do the things I enjoyed  – the planning and logistics – and get to the top of the mountain. It was a wonderful experience and got Everest out of my system.

And a climb that started a whole new challenge… 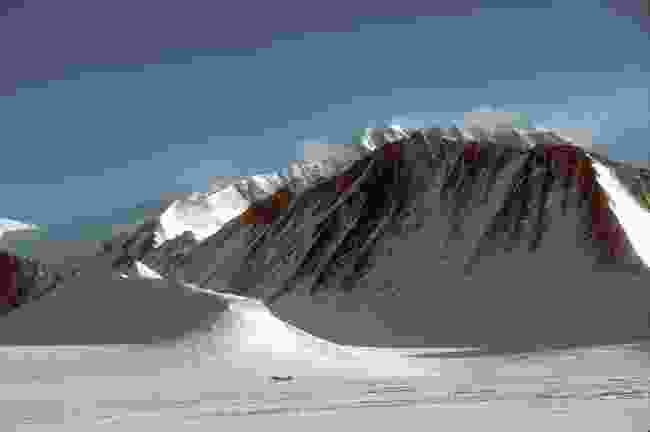 Back in 1983 I climbed Mount Vinson, the highest peak in Antarctica, with two American millionaires, Frank Bass and Dick Wells. They had decided they wanted to become the first people to climb the highest peaks on every continent, basically giving birth to the whole idea of the Seven Summits challenge.

Back then, there hadn’t been any private expeditions to Antarctica. The continent was divided into segments by various countries who each had research bases there. Frank and Dick had organised a plane to fly us down there, but needed to refuel on the peninsula. They invited me along, hoping that would it encourage the British Antarctic Survey to let us refuel at their base at Rothera.

The British Antarctic Survey refused, but luckily the Chileans, who had a base at Rothera too, agreed to lay out fuel drums for us. I think a large sum of money changed hands! Frank and Dick were kind enough to invite me along anyway. And our plane was able to land right in front of Mount Vinson.

Frank and Dick were complete novices, so it was up to me to guide them up. On the final day, it was very cold and very windy. Frank got a frostbitten nose and had to turn back to the top camp. We were only an hour from the top so I asked if it would be OK if I went up and made sure we’d got the thing climbed. (Obviously I’d come back and get them up when we could.)

So I ended up being on top of Mount Vinson, all by myself. And a whole new mountaineering challenge – the Seven Summits – was born. 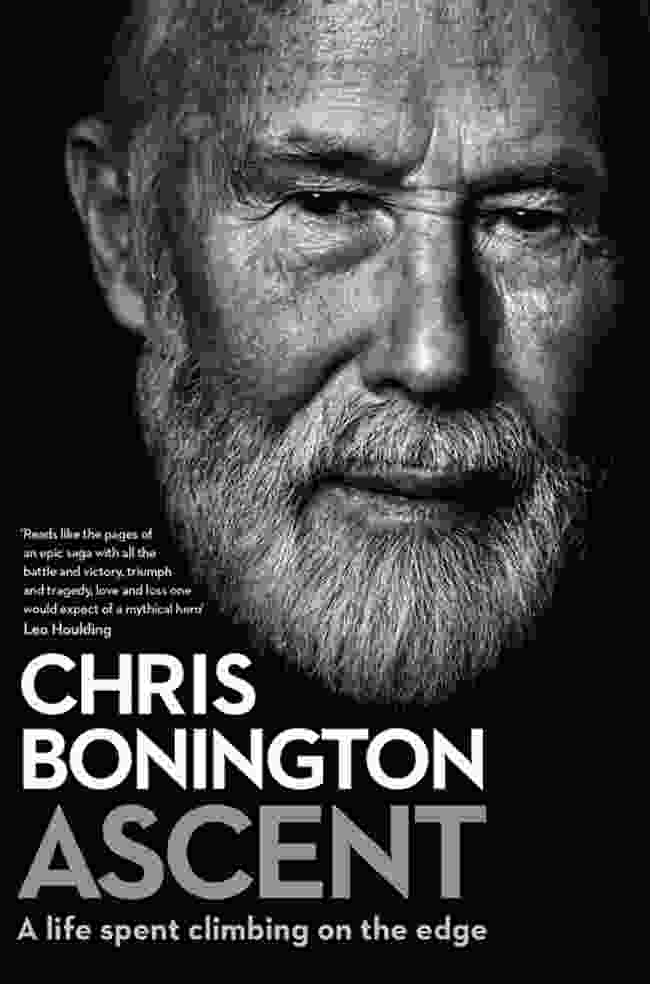 Sir Chris will be joining Aurora Expeditions on their South Georgia & Antarctic Odyssey voyage in March 2021 as a guest lecturer, sharing stories from his adventures on the great white continent and his part in creating the 'Seven Summits' concept.

You can also hear Sir Chris talk at Destinations: The Holiday and Travel Show in London, taking place at Olympia London from 30 January to 2 February.