We speak to TV traveller Simon Reeve ahead of his latest adventure, travelling east-west across Russia, where he discovers wild landscapes and escapes the clutches of the secret police...

Your first introduction to Russia is in the wilds of Kamchatka. What was that like?

Kamchatka is utterly extraordinary and it feels, and is, a world away from the big Russian cities in the west. It's one of the last true great wildernesses left on the planet. It's a land of ice and fire; that's one of the first things I say about it and it's bloody true. We started filming 3km above sea level on top of a semi-dormant volcano in temperatures of about -25°C and it was an utterly mindblowing place. The team have managed to make it look as epic as it felt and I thank them for it, because it truly is a completely bucket-list destination. It is an incredible place to go to.

Many people only know Russia from what they hear in the news. Is it a country you can only understand by visiting?

Oh goodness, yes. I'm a huge believer in the value and importance of travel, not just for us individually but for us collectively, too. I think we need to see them and they need to see us. Obviously, we're very similar in so many ways, but very divided politically. You can't really ignore the story of Putin when you're learning about Russia or travelling across the country, because he is so central to it now. He kept cropping up in different corners when we were on the journey and even though his posters aren't everywhere, you do see his picture a lot. The Russians are very keen to tell you how much they love him and many of them do. He is very popular and western politicians would kill for the polling figures that he gets.

However, he's not the whole story of Russia. This is the largest country in the world; it is on a scale we can't fully comprehend. There were so many little snippets of Russia that I really loved, not least that it's home to a quarter of the trees on the planet alone. I think that's almost unbelievable and it's something that should be more widely known. The Russian boreal forest is one of the great lungs of the world. Whether it's for political reasons or for environmental reasons, Russia matters and we need to know more about it and engage with it more. It is a place where you can have a completely life-changing adventure. 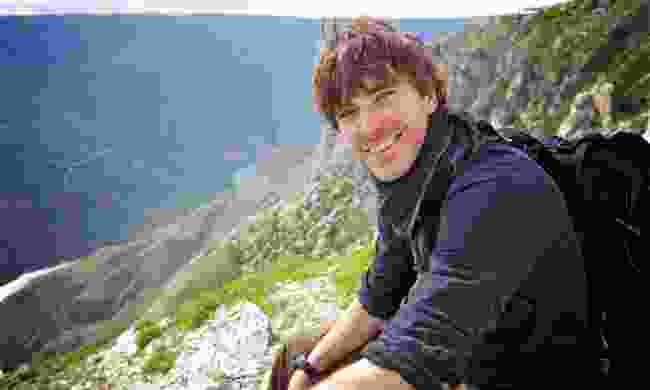 “Whether it's for political reasons or for environmental reasons, Russia matters and we need to know more about it and engage with it more.”

What diverse landscapes can people expect?

We travelled all the way across Russia and there were a few highlights for me. Kamchatka has to be in there of course, and Lake Baikal was majestic and epic. It was more of a sea than a lake! Personally, I really loved the Caucasus Mountains in the far south-west of the country and the Republic of Dagestan, which is a Russian republic nestled high up in the Caucasus that has a very distinct cultural flavour. In my opinion, I don't think you can beat a craggy mountainous landscape, they're my thing. We were lucky when we were there - we had a great mountain guide who was able to take us up into the mountains of Dagestan and into parts of the country which the Foreign and Commonwealth Office probably wouldn't suggest you go to, but I would encourage almost everyone to visit.

Are Russian people as diverse as the country's landscapes?

Again, people either forget or don't comprehend the size of Russia and they don't appreciate the ethnic diversity of the place. There are scores of ethnic groups within Russia and lots of different languages spoken, too. We went to some of the indigenous villages, both in the far east in Kamchatka, but also in Yakutia (also known as the Sakha Republic). We also visited Tuva as well, which was very eye-opening as they have a very distinct culture there, built largely around Shamanism and throat singing. So it's true, there's a lot of diverse communities and there's rich culture that hasn't been swallowed and diluted completely by the decades of communism. It's still there and it's still strong.

Many travellers might be hesitant to visit Russia, due to concerns over racism and homophobia. What would you say to appease that?

I think their concerns are very fair. I think Russians have turned in on themselves and they aren't on the same path as we are in terms of our laws on equality, our values towards gender issues and on racism. It's so hard for me to talk about almost any of those as a straight, white male, so I certainly didn't feel I was experiencing those negatives. However, if I was gay, black and female, I would think very carefully about whether Russia was somewhere I wanted to go to. If I was willing to be confronted, then I would go because I think it's important we reveal what we are to them and they see and learn.

However, it's hard for some telly presenter to suggest to other people they should be doing that but I think we all have a power, as travellers, about where and how we spend our money and I think we should do that carefully. We should use that power to reward countries who are choosing the values we think are important and perhaps we should turn that money away from countries that are choosing a different path. But at the same time, we want to share our values and our discoveries. Take Ireland for example, a country which can go from a place where homosexuality was illegal a generation ago, to the first country that votes for same-sex marriage. Things can change and it's possible. We need to encourage that in every way. 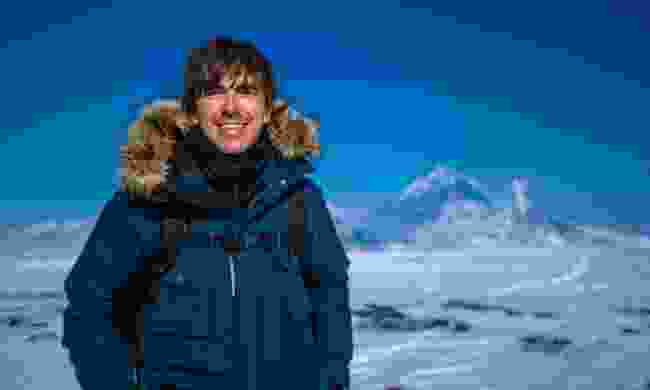 Did you encounter any of that hostility?

Yes. Despite his popularity, Putin is a very powerful presence and Russians still have a very Soviet mentality. We thought they would embrace democracy and western values but actually they've decided to take their own path. People are still very intimated by the system and we had a very small case of what it can be like to be independent or an 'opponent' in Russia. We were harassed endlessly in the far east of the country around Vladivostok by the Federal Security Service (FSB), the successor to the KJB, and we were detained several times.

Our drivers were taken away for some rather dodgy questioning in a psychiatric hospital and we were eventually run out of the district we were in. We were forced to get on a train out of the town by this faceless secret police organisation which dominates the lives of Russians, still. There's a lot of fear there and Russia can appear to be very connected with Eastern Europe and form part of the wider continent, but in fact it's very different. When you have an encounter with the state, you try and film for the BBC or you're a Russian who loses their identity card or passport, life can get very difficult for you.

What surprised you the most in Russia?

I was surprised we got hassled the way we did. I was surprised the secret police were so willing to intimidate us while our cameras were rolling. I thought they would want to project a different image to the world but I think the reality of Russia is that they just didn't care and it was fine for them that the world sees there is bullying and intimidation, instead of glory and majesty.

I think the scale and the diversity of the country and its people were both a shock and inspiring. We met a lot of really charismatic and extraordinary Russians, who do not conform to the stereotype at all of the cold, hard, 'Rusky' person. We met, and found, warm hospitality almost everywhere. We met some really incredible and inspiring people who are battling, for example, to preserve the habitat of the Siberian tiger, Cossack teachers in the far south-west and experts on permafrost in the cold of Yakutia, perhaps the coldest inhabited place on the planet. So, there was warmth everywhere. 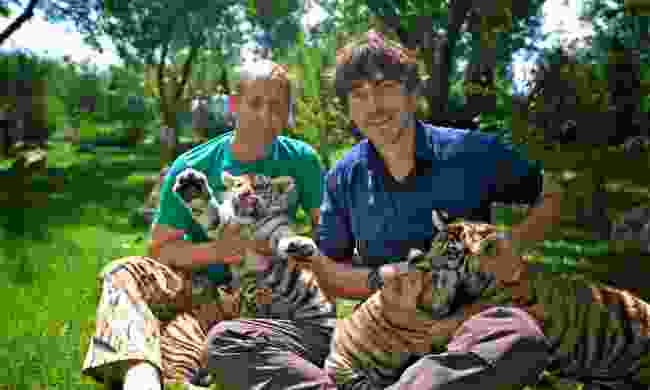 Russia isn't known for its wildlife. What would you recommend travellers try and spot?

We met a guy called Alexander Batalov, who owns an ecolodge out in the wilds of the Siberian forest, and I'd really recommend that as a place to go to. He has a pristine habitat which he is preserving with the help of tourism money for the Siberian tigers, which are the largest big cats on the planet. They can grow, from tip to tail, to half the length of a London bus. They are mammoth beasts and Russia is actually doing pretty well in protecting and preserving them, but they still need lots of help. My goodness, the Siberian (or Amur) tiger is definitely something I would suggest people creep around trying to find. But only in organised groups of course, unless you want to be nibbled on.

The programme marks the centenary of the Russian Revolution. How has the country evolved since?

Well obviously, so much has changed. One of the reasons many Russians love Putin is because he has made them a bit richer and given them some freedom. Yet, at the same time, in some key areas, it felt to me that things had stayed the same. In particular, with an all-powerful Tsar back in charge of the country, which is an extraordinary thing. It almost feels like Russians are just always condemned to be under the control of strong leaders. My heart really goes out to them for it because I think they deserve better. They have preserved much of the pre-Revolution history and architecture, thank goodness. They weren't stupid enough to knock that down, so you get to see and understand much more about the world's largest country and its history by travelling across it.

Simon Reeve's new three-part series Russia with Simon Reeve will air on BBC Two, with the first episode on Thursday, 28 September, at 9pm.

Now find out what Simon got up to in his latest series, The Americas...