The Silk Road: A Living History is an open-air exhibition of 160 photographs by Christopher Wilton-Steer

The exhibition documents Wilton-Steer’s four-month journey along the Silk Road in Central Asia between July and November 2019.

The Silk Road is a collective name for various trading routes that linked China and the West during the days of the Roman Empire. As well as facilitating the exchange of goods, ideas, recipes and religious beliefs also travelled along the route. Wilton-Steer left King’s Cross for Beijing, travelling 40,000 km by car, bus, train, ferry, horse and camel. He traversed 16 countries including Iran, Turkmenistan, Uzbekistan and India, and the exhibition’s linear design takes viewers along his route. 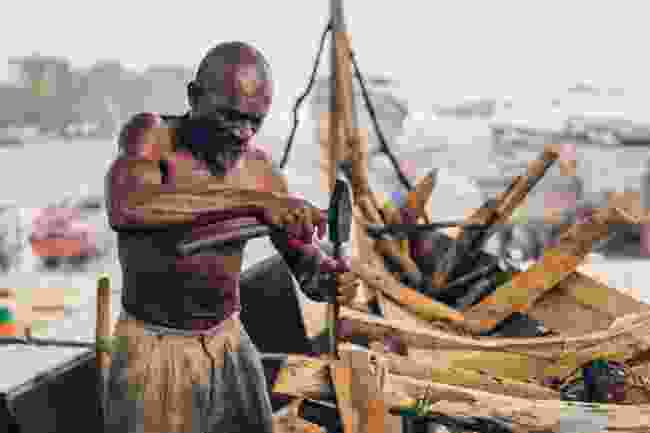 The show was conceived by the Aga Khan Foundation, which was established in 1967 to help poor and marginalised communities in Africa, Asia and the Middle East. Examples of its work are highlighted in the exhibition, such as the Vanj bridge between Afghanistan with Tajikistan, which is used by traders and remote Afghans needing hospital treatment.

Viewers can also see photos of Khaplu Palace in northern Pakistan, which was built in 1840 and restored in 2010; a Tajik girl dancing in a ceremony in the Pamir Mountains in eastern Tajikistan and a fruit and vegetable farmer from the Jalal-abad region of Kyrgyzstan. If you scan the QR codes on the exhibition’s panels you can access videos and music. 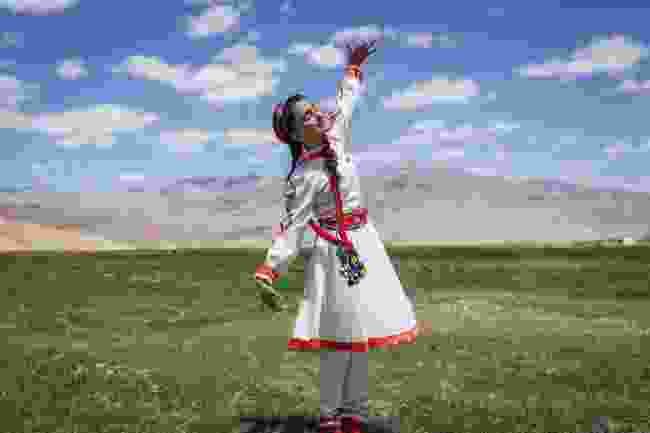 A girl in traditional Tajik dress dances at the opening of a new tourism centre in Bulunkul, a remote area in the Pamir mountains of Tajikistan (Christopher Wilton-Steer/AKDN)

Wilton-Steer says, ‘I first heard about the Silk Road at a young age and dreamt of travelling along it. Stories of desert cities, caravans of camels laden with goods and of a trade route stretching across Eurasia sounded so alluring to me.

‘When we fly somewhere, we arrive at the destination and all aspects of life are different. By travelling over land, I hoped to understand more about the similarities between different cultures and learn more about what connects us.

‘At a time when we are unable to travel, I hope that this exhibition will provide visitors with an escape from the UK into other worlds far away.’

Wilton-Steer’s work has previously featured in The Guardian, CNN and in an exhibition at The Royal Geographical Society in London, which will tour Canada in 2021.

Visit the Aga Khan Foundation's website to find out more about the exhibition.

How to use the coronavirus lockdown to improve your travel photography

15 fascinating destinations for travel photography – as chosen by top photographers