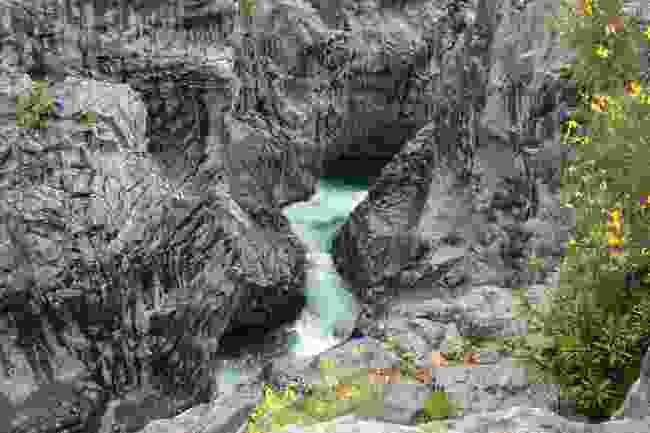 Thousands of years ago, a river of Etnean lava oozed its way north. It met the Alcantara River, whose cool water forced the torrent to solidify into dramatic black prisms.

Over the years, the river has carved out a new route through the volcanic rock, creating a breathtaking gorge with crystal-clear water shallow enough to walk through.

A map provided at the entrance gives details of walking trails through the gorge, and it's possible to organise a guided tour with waders available to rent to explore the deeper sections of the gorge.

On the maps, points of interest are marked out, most of which highlight the area’s flora. Expect to see a frenzy of colourful wildflowers such as violets, orchids, poppies and anemones, which thrive in the volcanic soil. 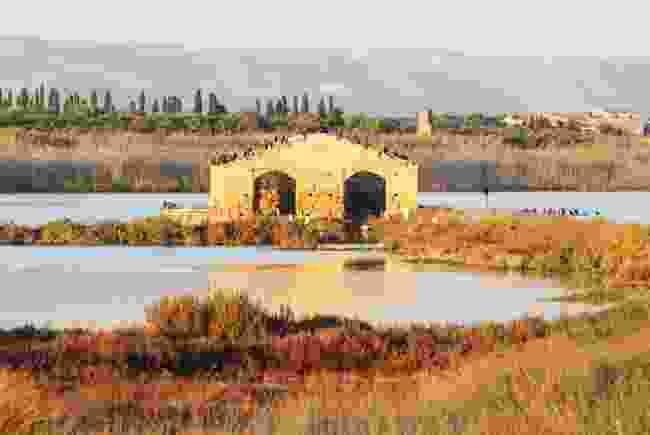 Flamingos flock to the Vendicari in southern Sicily in spring and autumn, where they can be seen plucking insects from the shallow wetlands of the sandy coast.

On the beach, you’ll find scattered balls of marine debris which, though at first may look like rubbish, are actually a formation caused by the leaf litter of Neptune grass (Posidonia oceanica), an aquatic plant that thrives in pure and unpolluted seawater. 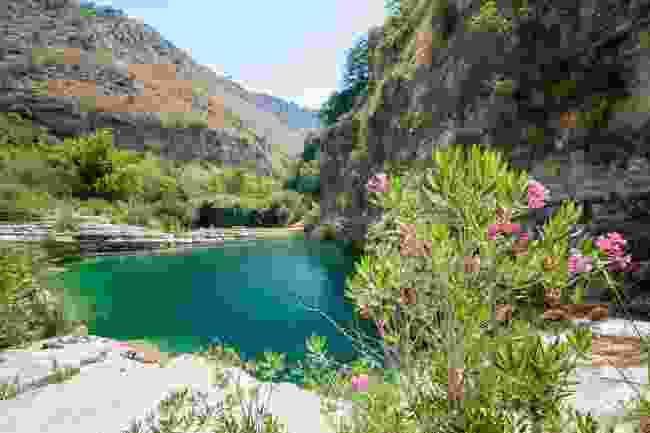 Descend the steep, winding paths of a cliff to reveal a canyon oasis so breathtaking you’ll brush away thoughts of the punishing climb back to the top.

Where the emerald green water of the Cassibile River tumbles its way to the coast, a series of freshwater pools and gentle waterfalls lay themselves before your feet. As the sun beats down, take a dip into the ice-cold water, watching birds including buzzards and peregrine falcons soar overhead.

When you eventually tear yourself away, take time to admire the abundance of wildflowers brightening the way back up. See jewel-like moon orchids and irises, salvia and Jerusalem sage, plus plenty more.

Near the top, observe the mysterious and ancient tombs carved into the cliff face on the opposite side of the canyon, known in Italy as dieri. Little is known about their history or origin. 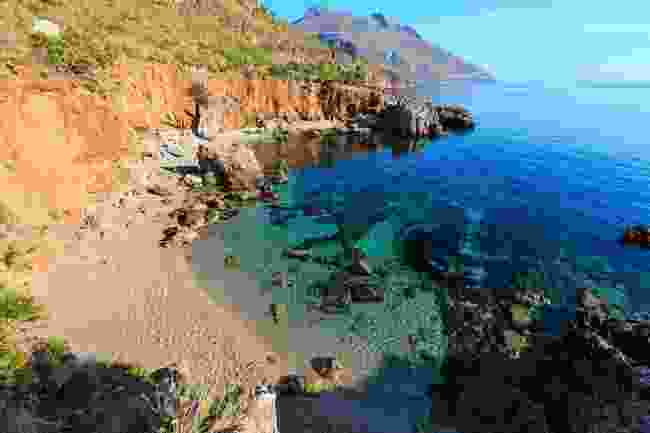 Look out for eagles, peregrine falcons and kestrels swooping to catch prey in the low scrublands of broom and wild thyme. 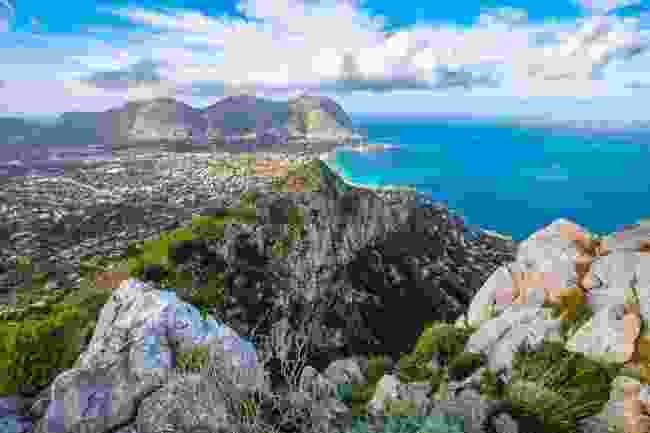 If you find yourself in Sicily’s capital without the opportunity to go further afield, look no further than Monte Pellegrino, the mountain that dominates the landscape to the west of Mondello Bay.

Take one of the numerous walking trails high into the rugged forested peaks, the rich blues of the Tyrrhenian Sea stretched out on the horizon.

Spot reptiles and birds of prey on your way including peregrine falcons, kestrels, buzzards and owls, dipping into ash trees and Mediterranean maquis.

And while you're in Sicily...

The best things to see and do in Sicily

Your short break guide to Palermo