Should you let Health & Safety rule your travels?

Liz and Jamie watch on fearfully as their boat is repaired, Thai-style, but soon learn to go with the flow

When you haul out your boat anywhere, most yachties break into a sweat. That sturdy ocean-going vessel suddenly looks unnatural as it hangs in the air on fragile straps. At this particular boat yard they do it differently: a cradle is built around the vessel while in the water, then pulled up onto land along tracks using a steel cable. During our previous year-long refit here we had seen that cable snap a couple of times, adding to the tension we felt on this occasion.

The yard employs workers from Thailand and Myanmar, but the boats – ranging from small yachts to gargantuan fishing vessels – are hauled and moved by a group of strong Cambodian men. They get into the murky slipway and manoeuvre the cradle around your boat, spending minutes at a time under water with just the use of a hose to help them breathe.

The attitude towards health and safety in Thailand is slowly changing and the boat yard tries to enforce standards. But it is not helped by some workers who genuinely feel their manhood is threatened when you suggest they wear protective goggles, face masks, gloves, hard hats or boots when working in these dangerous conditions. While erecting a tent to cover our boat during the refit last year I watched one worker in flip-flops climb to the top of the first piece of scaffolding – over fifty feet – while another team member held the pole while taking drags from his cigarette. As I looked on in anguish, they laughed at me!

The damage SY Esper had sustained during the collision at Phi Phi Don looked worse now we were out of the water: the davits (a stainless steel crane for the dinghy) had been bent backwards and the pushpit (the stainless steel tube guard rail) was also dented. It looked like the two would have to be replaced, both an expensive and difficult exercise which would require making good the deck and electronics afterwards. Our dinghy, a folding Portabote, had acted as a giant fender, but its seats were broken beyond repair. 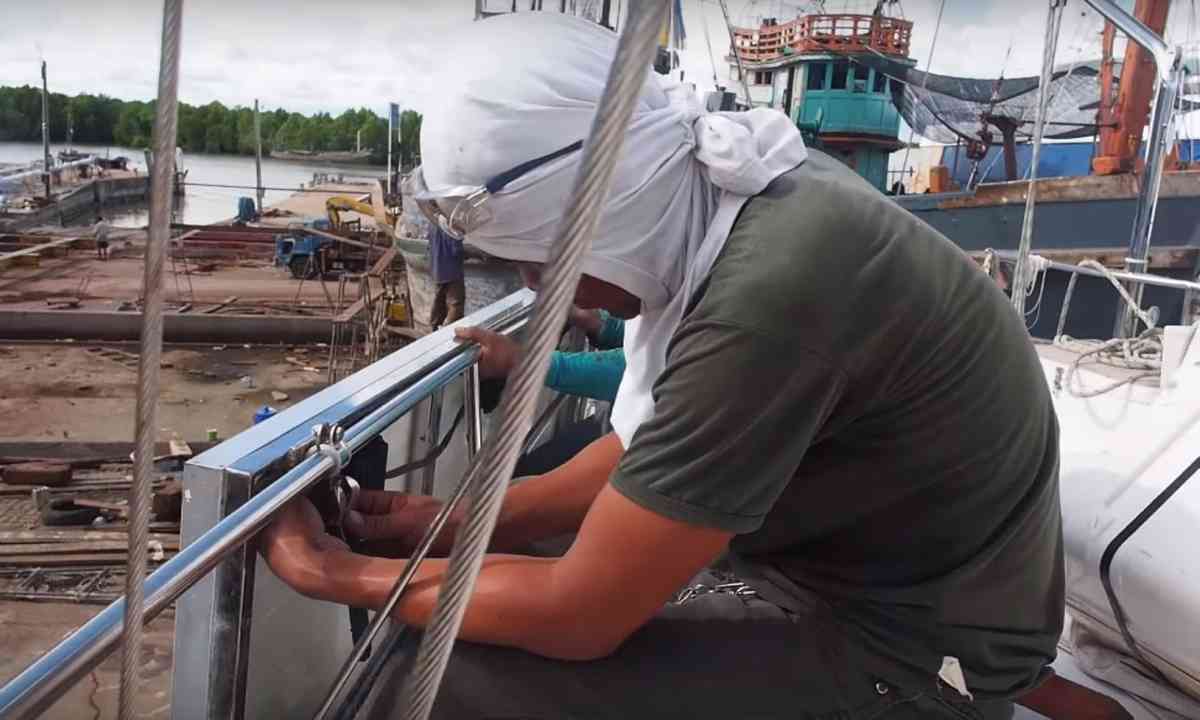 Yoong was the best stainless man in the yard, and had left to work in Bangkok a week before we relaunched SY Esper a few months earlier. We were not sure we would find the same quality of workmanship with him gone, but serendipity was on our side: disenchanted with Bangkok, he had reappeared in the yard the week we arrived. One look at the damage to his hard work brought a smile – “All OK, no problem!” It was repairable and would not need to be replaced.

We calculated the work would be finished in two weeks, along with some other bits and pieces on our snagging list. The time frame is important because you can only navigate through the shallow channel during a spring tide, so if we missed it we would have to stay until the following springs, and that would mean a four-week stay.

As the work progressed over the next couple of days, we settled into a routine: up at six to start jobs on the boat at the coolest time of the day, then over to the office to make use of the A/C for desk jobs, and finishing at five to join other hot and sweaty workers and sailors for beers outside the shop, and some pad thai or cow pad goom. 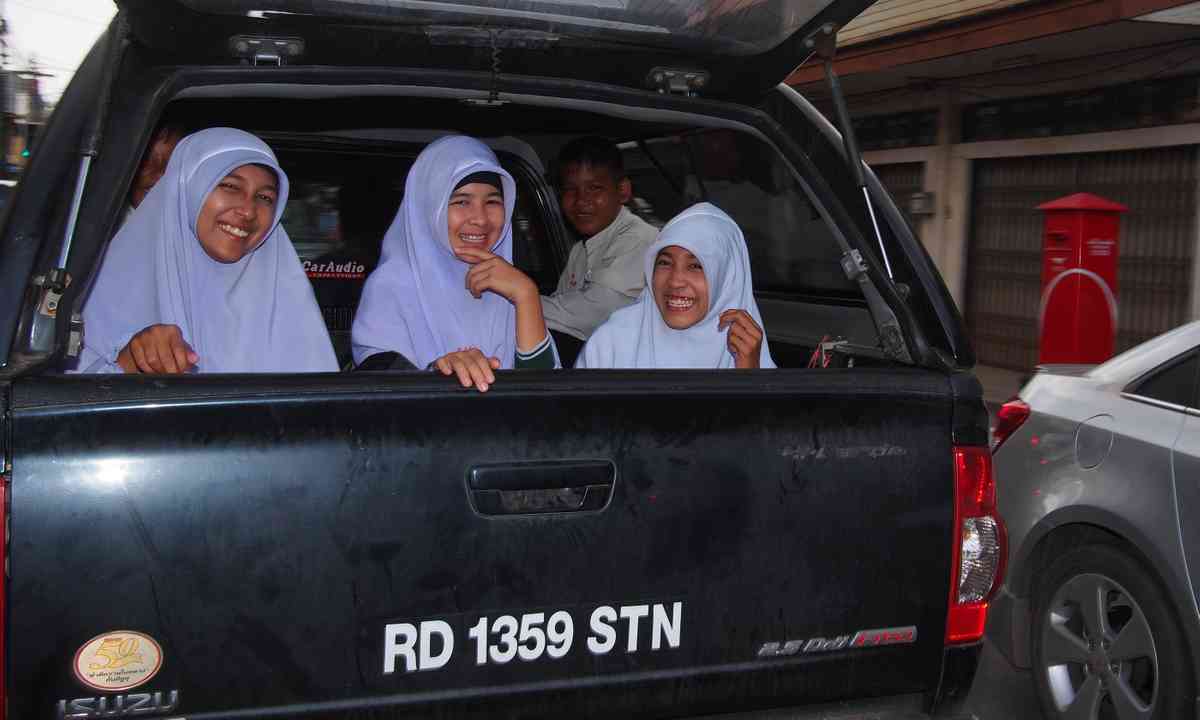 Satun, the nearest town, doesn’t see many tourists, just backpackers, ex-pats and yachties travelling back and forth on visa runs to Langkawi. It’s a pretty town, with simple and pristine bungalows for short or long-term rental, or B&Bs for overnight stays, we like The Gleam and the DD Resort.

This part of Thailand has the greatest concentration of its ‘Muslim-Thai’ population, but there are also ‘Chinese-Thai’ and ‘Thai-Thai’ communities, with the result that the restaurants are plentiful and diverse. It might seem unlikely that a hard-core Liverpool FC supporter with the strongest Scouse accent this side of the Mersey should be living here with his Thai wife and family running a pizzeria, but Bobby’s Pizza is a favourite across all cultures and nationalities. He doesn’t serve any kind of pork in deference to his Muslim neighbours, but is always looking at new options for toppings, when we were last there it was duck.

Bobby drifted into Thailand years ago, and not even he can remember much of what he did before arriving here. He speaks the language fluently and is part of the scenery now. We went to catch up with him on our second night, along with local friends Jia, Julie, Dan and Mae. Under posters of King Bhumibol Adulyadej and Steven Gerrard we had a grand reunion, and Bobby served a pizza emblazoned with SY Esper’s logo in cheese. 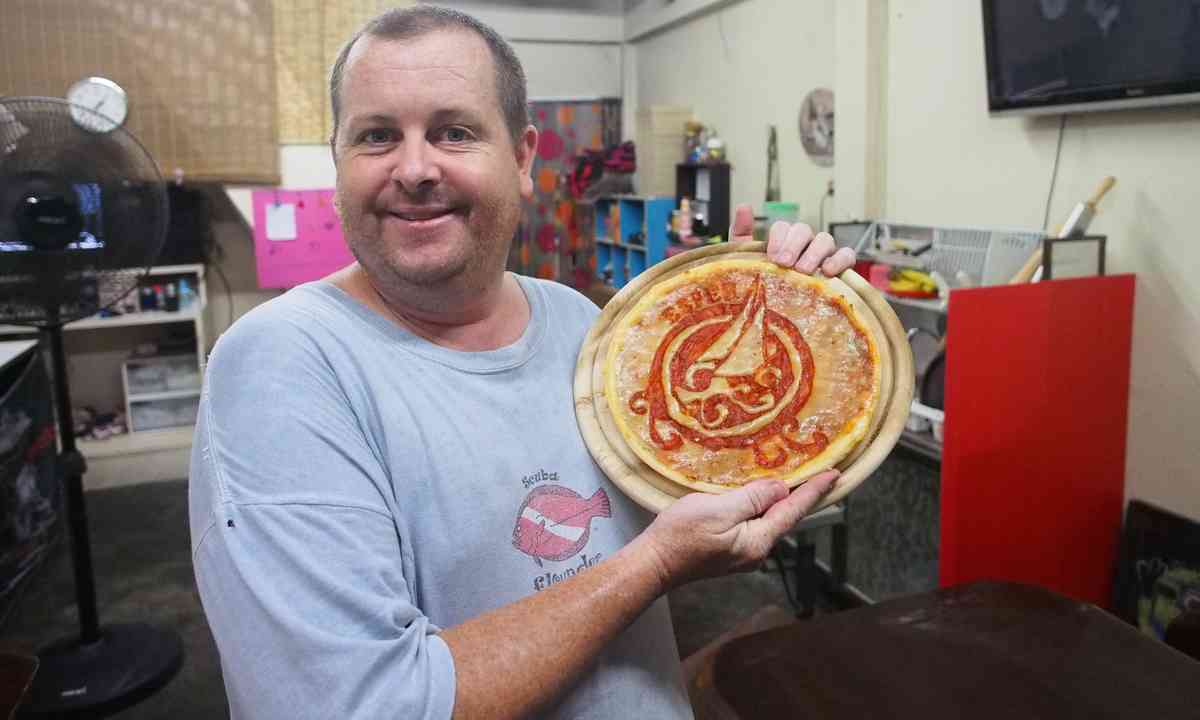 The next day I had an email from my brother in the UK. Our mum, who has been coping with Parkinson’s Disease for years, was taking a turn for the worse and I needed to get back fast. So I grabbed the first flight, leaving Jamie and our cat Millie to look after our precious home while I went back to take care of Mum.

Throwing out the rule book in paradise – Liz Cleere