It’s only two hours away from the UK, but it feels like another planet. Iceland expert and guide Cathy Harlow introduces Europe’s coolest capital and its spectacular surrounds

The most northerly capital in Europe, Reykjavík is informal and friendly with a quirky edge to its subculture, tons of fresh fish, world-class music in its bars and a huge adventure playground on its doorstep.

Political turmoil in ninth-century Viking Norway prompted an exodus of land-hungry seafarers to head west to Iceland. First to stake his claim was chieftain Ingólfur Arnarson, who grabbed the south-west corner of the island and built his farm at Reykjavík: ‘Smoky Bay’. For the next 800 years Reykjavík was little more than that.

By 930 AD the island was fully settled and the Althing national assembly was set up as the ruling body. Governed by its laws, independent Iceland flourished for almost 250 years, trading homespun woollen cloth and dried fish. This was the era of the Sagas, epic family dramas scripted on vellum.

Iceland’s ‘Golden Age’ ended when quarrelling chieftains brought the island to near civil war. In 1262 the Norwegian King Hákon brokered a peace initiative in return for legislative control of the island and some useful tax revenue. A century later, Iceland came under the control of Denmark following the Kalmar Union, the aim of which was to counter the growing power of the German Hanseatic league.

To curb foreign interests in Iceland, the Danes imposed a monopoly on trade with the island, bringing economic decline and progressive isolation. Then epidemics and disastrous volcanic eruptions took their toll – Hekla in 1693 and 1766; Öræfajökull in 1727; the Myvatn Fires in 1724 and Laki in 1783.

What is unusual about Iceland’s history is that until the late 1700s there were no villages or towns on the island. Icelanders were subsistence farmers or farm labourers, supplementing their livelihood by seasonal fishing. One fifth of them died of famine after Laki’s toxic ash falls spoiled the land.

To kick-start the economy, free trade returned and workshops were set up at the farm at Reykjavík to tan hides and work sheep’s wool. Soon the settlement had its own town charter, bishopric and school. With improvements to the port, Reykjavík was positioned to become the island’s capital yet by 1900 had a population of only 6,000. Since Icelandic independence in 1944, the capital’s population has grown to 120,000.

Wherever you are in this pint-sized capital, the sea is never far away so brace yourself for a buffeting, though the gulf stream keeps the climate warmer than you might expect. Also, heated by geothermal water, the city is clean, as well as safe and friendly.

Steer away from any mention of Icesave and recall that in the wake of the financial crisis Icelanders threw out their government and voted in a comedian as mayor of the capital. You’ll be surprised at the air of buoyant optimism and sense of moving forward that’s present in this cultural, cosmopolitan city, yet the traditional wool lopapeysa (Icelandic jumper) is still worn with pride. 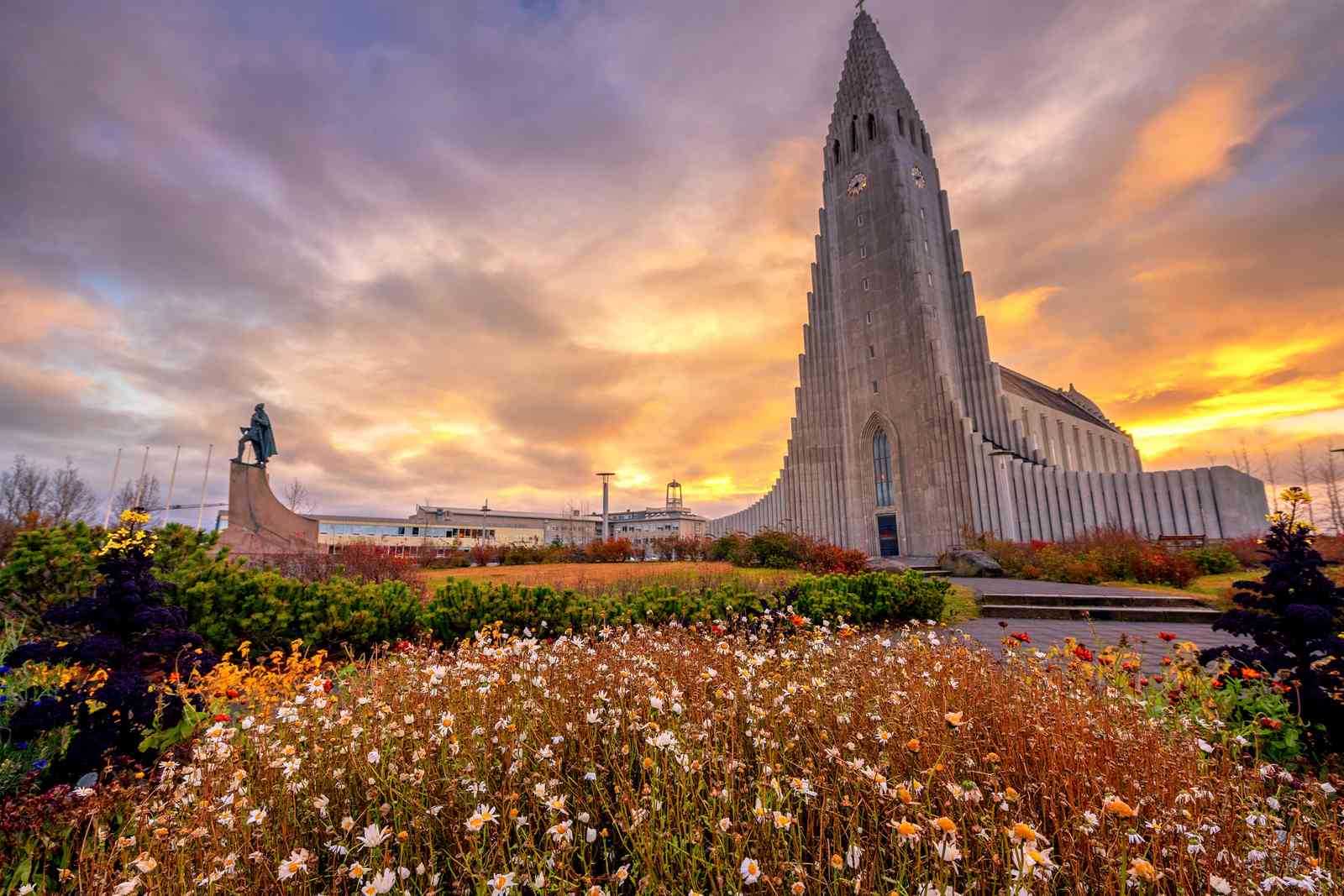 You’ll cover Reykjavík’s tiny historic centre in an afternoon. Walk around Lake Tjörninn for an overview of the city’s architecture: the austere City Hall; the National Gallery, once an ice store; classy 1920s villas and bright iron-clad dwellings with ornate balconies. Geothermal water keeps the pavements ice-free in winter, and flows to the lake.

Head to Austurvöllur Square, and the stone-built Parliament House, the exquisitely restored Lutheran cathedral Dómkirkjan and Art Deco Hotel Borg. On the corner of Aðalstræti, Reykjavík’s oldest street, look for The Settlement Exhibition – an excavated Viking farm. The Danish-style house at number ten is the city’s oldest, dating from 1764. Next, wander through Grjótaþorp, a grid of quiet streets flanked by restored timber homes.

Moving to the harbour, linger over a coffee, the unofficial national drink, and see whalewatching boats jostle with the fishing fleet. Head for Harpa, the acclaimed concert hall; its mosaic of coloured glass changes with the light. Continue along the seafront to Jón Gunnar Árnason‘s evocative Sólfar (Sun Voyager), a stainless-steel sculpture in the shape of a Viking boat.

Cross Laugavegur to reach Hallgrímskirkja, the modern hilltop church; take the lift up the tower for the view. Across the street is Einar Jónsson Museum and garden, which is dedicated to the late local sculptor. For dinner, try traditional kjötsúpa (lamb stew) and plokkfiskur (fish stew) at Höfnin by the harbour or cosy upmarket Við Tjörnina, near the lake. 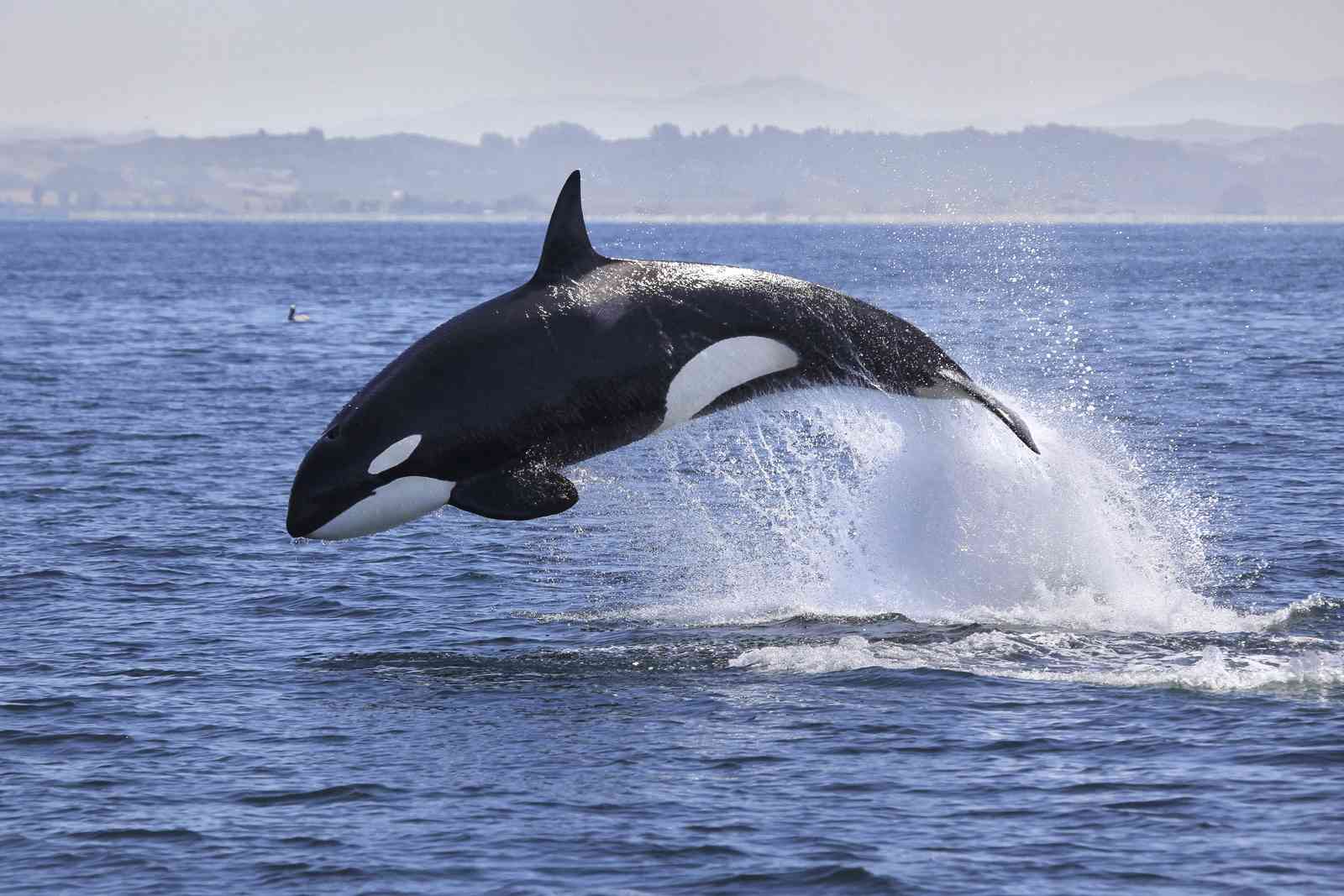 Take the bus or grab a bike and join the locals in the hottubs at Laugardalur, the city’s main geothermal swimming pool.

Further out of town, wander among the turf-and-timber dwellings at Árbaer Open-Air Museum then head for the glistening Perlan building, another city viewpoint. Hidden among the trees here are the remains of the British occupation of Iceland in 1940.

Head down to the bathing beach at Nauthólsvík, where a hot-water outlet warms the sea. Walk or cycle the coast path to the university campus and National Museum.

Take a whalewatching trip with a family-run company, trot through the lava on an Icelandic horse or descend 120m into a crater to the base of a magma chamber. Alternatively, hop on the bus to Hveragerði, 38km east of the capital, for the muddy half-day hike to the Hot Spring Valley of Reykjadalur; take a swimsuit to soak in the warm river.

At sunset, head for the tip of Seltjarnarnes and watch seals and eider ducks as the light fades on Snæfellsjökull, the volcano across the bay. On the way home, grab a takeaway and head to the friendly microbrewery Kaldi (Laugavegur 20b) for a beer or two. 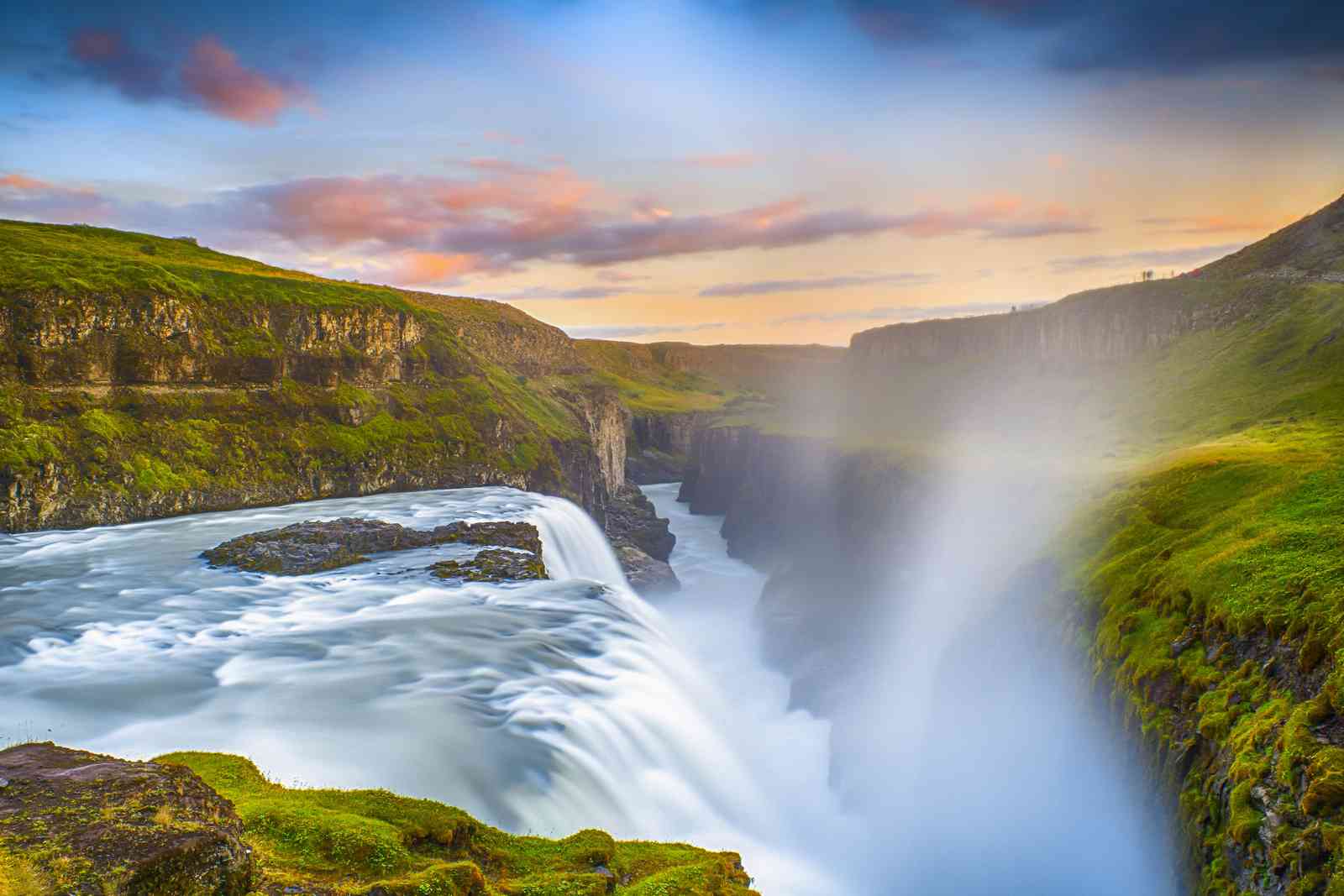 Join Iceland Horizon’s small-group minibus tour of the Golden Circle, or hire a car to drive it yourself. Either way you’ll take in Gullfoss Falls, Geysir geothermal area and Unesco-listed Thingvellir, site of the Althing assembly.

There are hiking trails if you want to escape the crowds. In summer, hop on a bus for 914m Mt Esja, the brooding mountain range 10km north of the capital – it’s a simple hike, but the last bit demands concentration.

You’ll need a car to make the most of the volcanic Reykjanes Peninsula, or go with Salty Tours. The wave-lashed rocky shore is a top birding spot year round. It’s peppered with shipwrecks in spite of its 11 lighthouses: Iceland’s oldest is at Reykjanesviti; the tallest is at Garður, a popular spot to watch the sun set.

At Gunnuhver (named after Gunna, a 400-year-old ghost) and Krísuvík, steam vents and bubbling mud pools eat away at the landscape. There are crater rows to explore en route to the mysterious disappearing Lake Kleifarvatn, the ‘Draining Lake’ of Icelandic crime author Arnaldur Indriðason. End your day at the Blue Lagoon, or visit this busy spa on your return transfer to the airport. 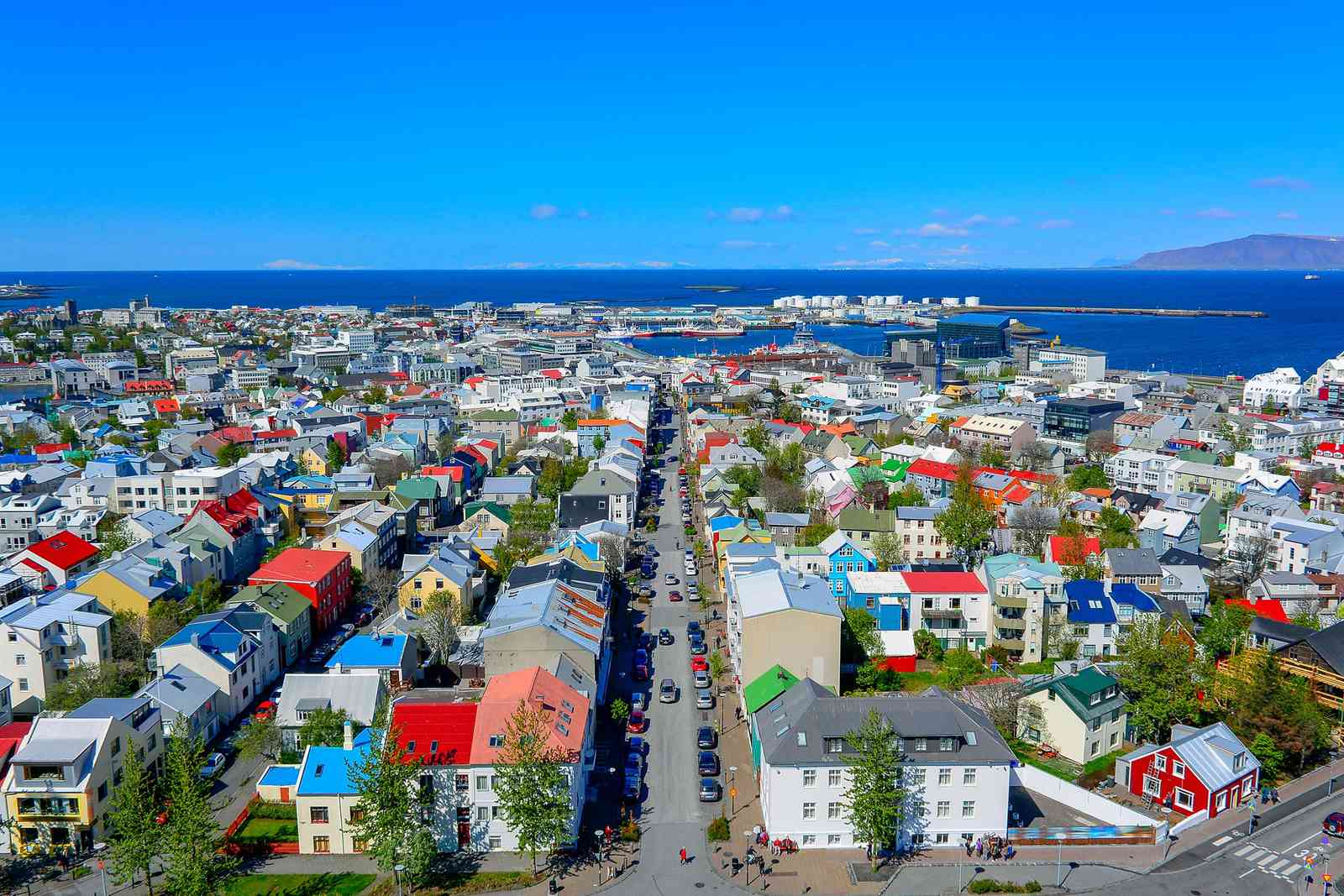 When to go: Sept-March for northern lights; summer for warmer weather, even though it’s busier; New Year’s Eve for the fireworks.

Getting around: The city is compact, walkable and bike friendly. Hire bikes from Borgarhjól or hop on a city bus. The Reykjavík Welcome Card includes buses, pools and some museums.

Where to stay: The central Hótel Borg has a lot of character. Hotel Thingholt is a modern boutique hotel. Funky Icelandair Hotel Reykjavik Marina is by the harbour.

Where to eat: Fish and lamb are traditional staples. Höfnin and Við Tjörnina do not serve whale meat; advance booking recommended. Vegetarians and vegans should try Gló.