Sicily is a scenic joy, from its volcanoes to this year's Italian Capital of Culture – Palermo – whose food and history offer a fine initiation...

Play a game of word association and it’s likely that the word ‘Sicily’ will be met with one response: ‘the Mafia’. It’s a great cause of frustration for Sicilians that, with so much to offer on this beautiful and diverse island – fine food and wine, a flower-filled countryside, beaches, Mount Etna and pretty coastal villages – they’re still widely known as the home of a crime syndicate featured in films and TV series such as The Godfather and The Sopranos.

Italy’s largest island – and, in fact, the largest island in the Mediterranean Sea – has been conquered across the ages by many of its neighbours, including Greek, Roman, Arab, Norman and Spanish forces. All of them have left their marks, with castles, palaces and temple ruins on hilltops and coastal outlooks, and a mix of international cuisines, from couscous (often served with fruit) to cannoli, the ricotta-filled biscuit dessert loved by Tony Soprano, which was introduced to the island by the Arabs but later adapted by nuns who arrived with the Spanish.

That mix of food, art and architecture is nowhere more evident than in the island’s capital, Palermo. The highly walkable Old Town is rich with cultural treasures, many of which were given UNESCO World Heritage status in 2016. At the Zisa, in western Palermo, for example, you’ll find Moorish architecture and calligraphy alongside Norman, Byzantine and Latin influences, while Martorana Church’s ceiling has plenty of Byzantine mosaics and Islamic inscriptions. 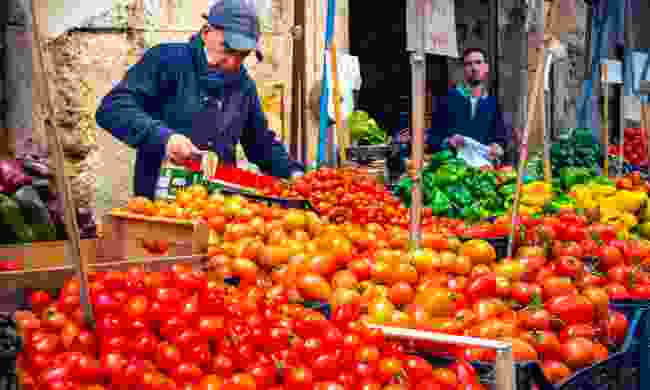 The city has been named Italian Capital of Culture 2018, and will also host the 12th Manifesta (until 4 Nov), the European Biennial of Contemporary Art, so there are lots of events planned through the year: click here for more information.

But there is plenty to see, do and eat in any given year in this culture-filled city, which locals say has been cleaned up immensely. Here, you can stroll around flea markets or be overwhelmed by the food stalls of Capo, Ballarò and Vucciria, loading up on arancini (fried balls of rice filled with meat or cheese), cannoli and cassata Siciliana, a tasty ricotta-filled cake.

It’s easy to soak up the local culture, with opera and classical music events at Teatro Massimo, the grand opera house seen in The Godfather III, and centuries of paintings and sculptures at the Galleria d’Arte Moderna. But perhaps your most memorable experience will be watching puppets chopping each other’s heads off at one of the many Opera dei Pupi (puppet theatre) shows, a traditional entertainment listed by UNESCO as part of the Oral and Intangible Heritage of Humanity. That’s the way to do it.

Day 1: A feast of food and culture 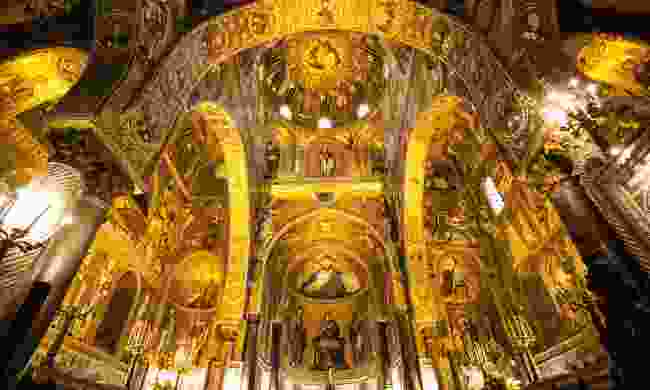 Get your comfy walking shoes on and start at Mercato il Capo market, beating the tour groups who pass through later in the day. If you’ve got a mid-morning appetite, try a freshly fried arancini, then go to Mercato delle Pulci, the flea market lining the road near the cathedral, with curiosities filling the shops.

Next, head to the Palazzo dei Normanni, the former seat of Sicily’s kings. Once you’re in the Palatine Chapel, look up; ceilings don’t come much grander.

Stroll down to Fontana Pretoria and marvel at its sculptures, then head over to La Martorana on Piazza Bellini, with its golden ceiling.

A couple of streets away, visit the Modern Art Gallery on Via Sant’Anna for diverse artworks, including lifelike marble sculptures by 17th century artist Lio Gangeri.

Scrub up at your hotel before heading to Teatro Massimo for a night at the opera. If peckish, grab a slice of pizza on the sidestreets surrounding this imposing building. Many of the operas show subtitles on a screen above the stage. 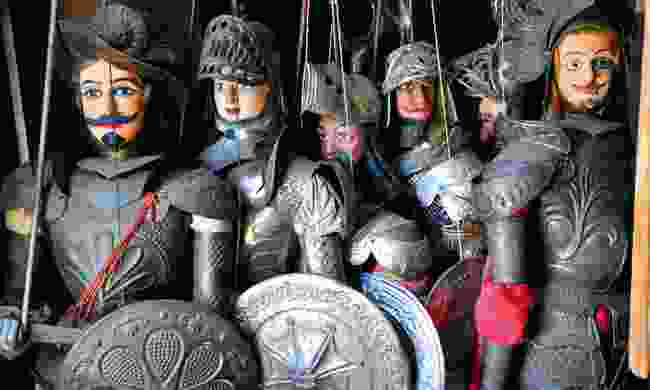 Begin at the Antonio Pasqualino International Puppet Museum, dedicated to the art of Opera dei Pupi and featuring puppets and masks from around the world. Performances are also held here between Monday and Saturday.

Stop at Antica Gelatería Ilardo by the marina for gelato, then walk to the pleasantly quiet greenery of Villa Giulia (City Park) and the adjacent Botanical Gardens. It’s a 15-minute walk to Ballarò, one of the city’s biggest markets. Fuel up with a panelle (fried chickpea fritter) sandwich first.

Next, head to Palermo Cathedral. The interior is grand, but be sure to do the roof walk for views out across old and new Palermo.

Across from the cathedral, catch a puppet show at Teatro Pupi di Vincenzo Argento e figli. Shows are in Italian, but the battles of the Crusades are easy to follow and the decapitation-heavy fight scenes are hilarious.

In the evening, head to Piazza Rivoluzione’s bars for live bands and a happy hour-style aperitivo (a free buffet). Nearby Vucciria market is lively at night, while Piazza Sant’Anna has plenty of bars.

Day 3: Getting around the island 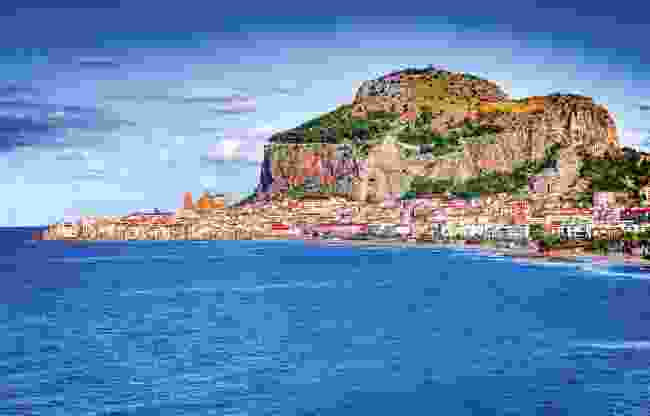 The coast of Cefalù (Dreamstime)

There are plenty of options for your final day. There’s a Sunday-only flea market running around Piazza Marina, where you can pick up everything from antique cameras to ornate lamps, to musical instruments. You could follow a bit of bartering with a visit out to the Zisa, a castle with Arabian and Byzantine influences in western Palermo, then head on to the Cattedrale di Monreale, a Norman cathedral famous for its golden mosaics, further out of the city.

Palermo is well placed for a day trip, though. You could head an hour east along the coast to Cefalù, one hour by train, for one of Sicily’s best beaches and the pretty town used by director Giuseppe Tornatore for much of the classic movie Cinema Paradiso.

Another option would be a day trip out to the Greek ruins of Segesta. Alternatively, Erice, the hilltop medieval town, is also achievable in a day, either by renting a car or joining a coach tour, to explore pastry bakeries, ceramic shops, castles and quiet backstreets.

Whichever you choose, it’s all guaranteed to make you want to return and see more of this island. 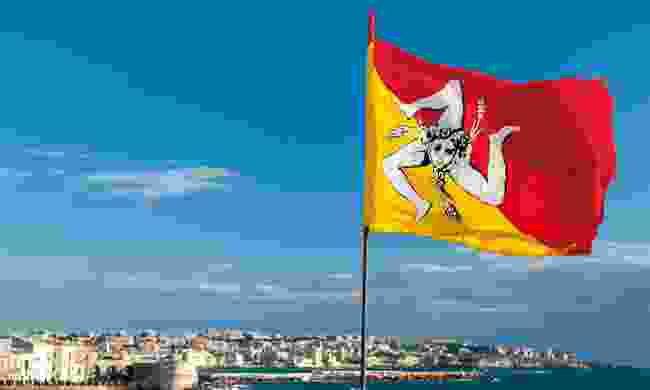 The waving flag of Sicily on the seafront (Dreamstime)

When to go: Year-round. Summer months, especially July and August, can be both busy and hot. May, June and September still have warm weather, and so are good times to go.

Getting there: easyJet flies from London Gatwick, London Luton and Liverpool to Palermo. British Airways flies between March and October.

Getting around: The Old Town is walkable and easy to find your way around. It’s also possible to rent bikes – a good way to get around quickly and to reach sites a bit further out. There are also buses, trains and taxis (but check the fare first, where possible).

Where to stay: Butera28 (+39 333316 5432) has comfy and characterful self-catering apartments that are close to the marina and puppet museum. B&B del Massimo has good-sized rooms and is right in the thick of the action, down a narrow alley from Teatro Massimo.

Where to eat: L’Ottava Nota Restaurant isn’t cheap but it does excellent Sicilian dishes, as does the more affordable and traditional La Cambusa. For pizza, head to Arte E Tradizione. Palermo’s markets and the street food at Vucciria are also well worth exploring.