Lapped by the Irish Sea, shadowed by the Mourne Mountains and sprinkled with a little magic, Newcastle is the gem of County Down...

“This is the land of Narnia. Where we are now; all that lies between the lamppost and the great castle of Cair Paravel on the Eastern Sea.” There’s no faun-frequented lamppost in the Mourne Mountains; no fortress, no talking lion. But with their sweeping valleys, concealed lochs and verdant, history-soaked hills, you can see why these wild peaks inspired Belfast-born writer CS Lewis. They’re full of hidden treasures, folklore and wonder. They are Narnia. And Newcastle – the Gateway to the Mournes – is the wardrobe.

Despite escaping the worst of the Northern Ireland troubles, Newcastle’s appeal as a tourist destination has long been overshadowed by the conflict. Most travellers prefer to head further south, to the Republic of Ireland, or north to County Antrim and the Giant’s Causeway. And on the surface this seaside town does look nothing more than a confection of seasonal arcades, funfairs and cafés. Dig deeper though and you’ll quickly discover that there’s a secret side to this fine little town. 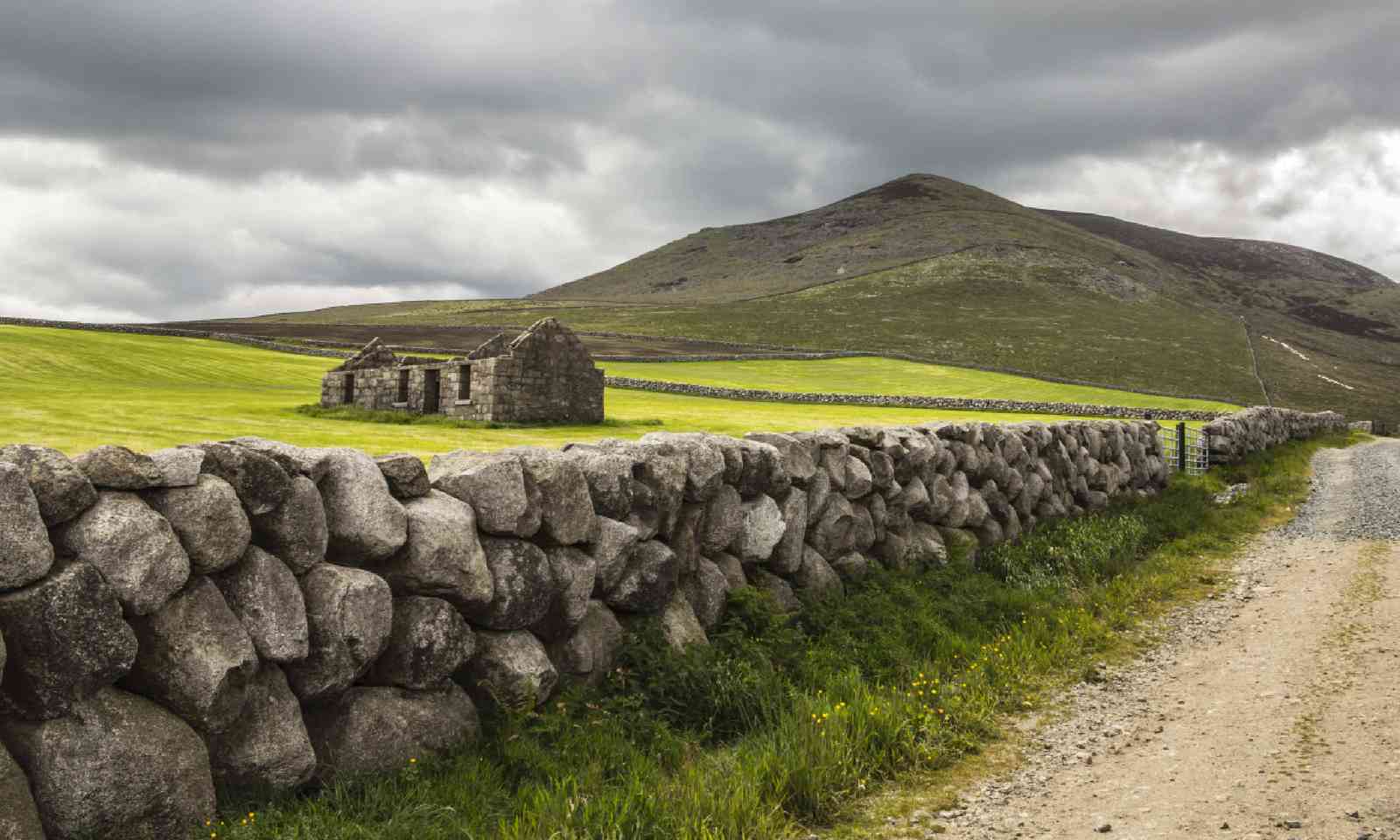 Newcastle isn’t much like its Geordie namesake. It sits in County Down, a 40-minute drive south of Belfast and at the foot of Slieve Donard – Northern Ireland’s highest mountain. Most hikers make a beeline for the 850m headliner, but there are 30-plus other peaks to conquer too, most with easy access points from the town. You could tackle craggy Bearnagh, for example, or get panoramic views from the aptly-named Silent Valley.

Waterbabies should head out into Newcastle harbour to spot colonies of seals, migrating seabirds and caves once used by booze-hungry smugglers. For a postcard-perfect beach, with Newcastle Main Street and the Mournes as a backdrop, drive down the main Belfast-Newcastle road (A2) for five minutes until you reach the Cottage Café car park. This is the entry point for the 6,000-year-old ecosystem that is Murlough Nature Reserve. An easygoing 4km walk reveals the reserve’s fragile network of dunes and heather, home to over 500 species of moths and butterflies as well as a wealth of birds – including fieldfare, redwing, skylarks, meadow pipits and over-wintering wildfowl and waders.

Or, if mystery is your thing, head south-east on the B27 to the magnetic hill at Spelga Dam. Nestled between the mountains of Pigeon, Cock and Spelga, the slope has a touch of fairy magic: cars roll uphill, not down, here.

This whole area is still an unknown quantity. There’s so much to discover – and you could spend weeks doing it. However, it’s possible to enjoy a small slice over a long weekend. The best way to start is to fly into Belfast City bright and early on a Friday morning – don’t worry, that sea air will soon wake you up...

When to go: The Mournes can be enjoyed year-round, though weather can be changeable – expect fog, rain and even snow any time of the year. Late spring and early autumn are good times to miss peak crowds and enjoy milder weather. Pack waterproofs whatever the season.

Getting there: Flybe flies from London City to Belfast City. Flight time is around 90 minutes; fares start from £39.99 one-way. Flybe also flies to Belfast from other UK airports, including our 2014 reader vote favourite: Southampton.

Getting around: Hire a car; a rep from Dan Dooley can meet you at the airport and take you to your vehicle. There is plenty of free parking in Newcastle, including Donard car park, for access to the Mournes.

Where to stay: Family-run Amble In B&B is well placed for easy access to the Mournes and the towns’ shops, restaurants and harbour. Owners Frances and Colm are keen to share their knowledge and cook a great breakfast. Eco-friendly rooms (with loos flushed by rainwater) from £37.50pppn. 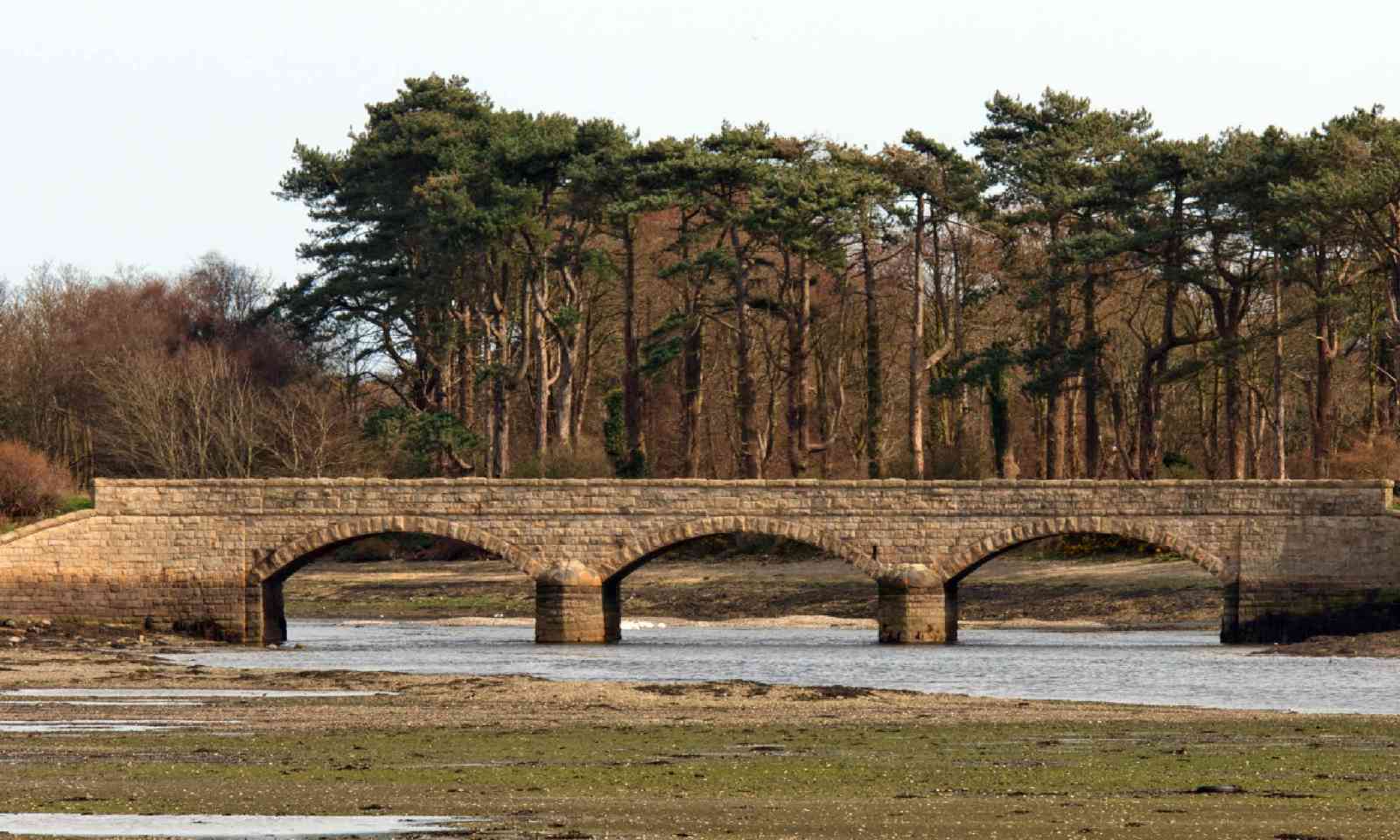 Catch an early flight to get to Belfast by brunchtime. Pick up a rental car and drive to Newcastle; it takes about 45 minutes, and for half of that time your periphery will be filled with mountain and sea views along the Mourne Coastal Route.

In Newcastle, stop in Donard car park and head onto Main Street to admire the peaks above, colourful buildings below. Head for the Annesley Building to see the town’s war memorial: a proud lion, with the Mournes behind. Just opposite the monument is Seasalt Deli, a great stop for an early lunch – try the chicken, ham, brie, stuffing and garlic-mayo sandwich.

From here it’s a 7km drive to Murlough – Ireland’s first nature reserve. This expanse of sand dunes, heather, bracken and fields is home to 23 species of butterfly – including the marsh fritillary – wild ponies and one of the most beautiful beaches in County Down. Follow the waymarked south end trail for a taster, then head off-piste – instead of turning back onto the trail from the beach, walk along a little further for the chance to spot hundreds of seals basking on Dundrum Bay.

For dinner, tuck into hearty, locally sourced grub at the Victorian-inspired Brunel’s.

Fill up on breakfast, pack snacks and water, and head for the Mournes. While most walkers make a beeline for Slieve Donard or the Brandy Pad – a smugglers’ route from the sea through the mountains – instead do as the locals do. Head for Meelmore Lodge car park and make your way to the 586m peak of Slievenaglogh. Known as the ‘mountain of the stones' you’ll cross heaps of hand-cut rock, all carefully quarried in the 19th century.

At the summit you’ll get your first glimpse of the Mourne Wall, a manmade stone barricade, running for 35km across 12 of the Mournes’ highest peaks. From here descend to the smugglers’ route, follow the ridge up Corragh and Commedagh, or tackle the distinctive Bearnagh. For an even more secluded trek, try rocky Doan via the Ott Track. From this peak you can see the Silent Valley  and Ben Crom Dam; you can also venture down to Lough Shannagh, an untouched stretch of water with a peaceful, sandy beach. If you want a guide, try Loretto Coyle.

End a day with dinner at the Slieve Donard Resort. The restaurant isn’t cheap, but the food’s good and the hotel offers grand views of its namesake mountain.

Use your last day to stay at sea-level. A former Victorian bathing town, Newcastle is home to the only seaweed bathhouse in the UK; at Soak you can take to a tub of slimy seaweed, which is collected fresh from the town’s shores daily. It may feel like sitting in salty gunge, but your skin will love it – especially if you suffer from eczema or psoriasis.

After lunch, take a RIB boat trip from Newcastle harbour with Clearsky Adventure Centre. You can spot seal colonies, stop off at pretty lighthouses and get great views of the Mournes merging into the water. Alternatively, Clearsky will also take you out on a RIB boat in Strangford Loch (40min drive) to spot common and grey seals, witness the low-tide whirlpools and hear the ‘gurgle gurgle’ of the sea caves at Ballyhornan Cliffs.

For dinner, sample the local catch at Mourne Seafood Bar. It sells fresh fish from day boats, as well as mussels, oysters and cockles from shellfish beds in Carlingford Lough. It’s the perfect way to end an action-packed short break.