5 mins
"I have been here at least 200 years! Well, not me, but my family has," said the boatman, "This is one of the oldest towns in Europe". We were chugging past Ohrid's old town, its lakeside restaurants and bars, and then the wooden boardwalk that hugs the cliffs, before Macedonia's most iconic site came into view.

Whether knowingly or unknowingly, if you have ever seen an image of the Republic of Macedonia, it will almost certainly be of the cute little church of St Jovan Kaneo, perched on a clifftop with the cerulean shimmer of Lake Ohrid twinkling behind it. And yet relatively few find their way to these ancient waters.

Lake Ohrid (“Ok-rid”) is one of the oldest lakes in the world, almost certainly the oldest in Europe, and among the deepest too. Not surprisingly, it has a rich history and is a UNESCO World Heritage site, along with the jewel that is Ohrid town. Here you will find churches galore (it is believed that Ohrid once had 365, one for every day of the year) as well as a medieval fortress, a Roman theatre, Ottoman architecture and fine cobbled streets.

Around the lake, a Bronze Age stilted village has been reconstructed on its shores, while cave churches and the former monastery of St Naum are a reminder of how, at the end of the 9th century, Ohrid was considered an important centre for religion, literacy and Slavic culture.

But there are natural wonders here too. Not only is the lake beautifully framed by hills and mountains, but it is considered the most biodiverse in the world for its size. Its depths contain several species of fish, including the endemic pink-fleshed Ohrid trout. One of only two species of trout found in the lake, it was once severely endangered but numbers have recovered enough that you can now eat it in the town’s restaurants without any guilt. Another fish, called plasica, has scales that can be turned into beautiful ‘pearls’ – a technique known only to two local families, who jealously guard the secret of how it is done. 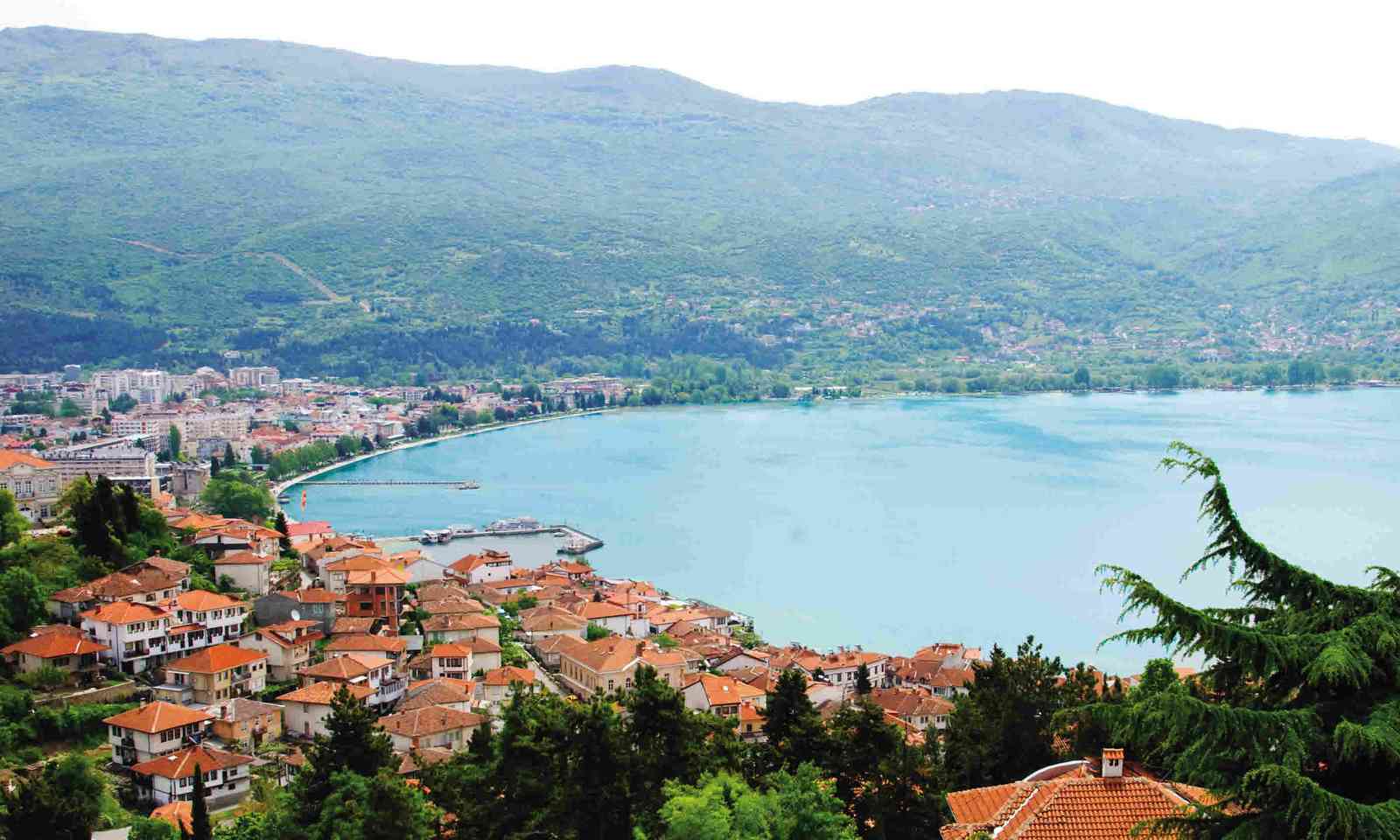 With no coastline, this is Macedonia’s seaside. Restaurants and cafés ply the waterfront, serving fish from the lake washed down by refreshing local rosé. There are hip beach bars or dark nightclubs for those who want them, while culture vultures can experience some of the world’s top musicians at The Ohrid Summer Festival.

In the height of summer, swimmers and sunbathers throng the small beaches, while the more active can scuba-dive or kayak the waters. Adventurers will find plenty to do on land too, with the Galicica mountain and National Park on its doorstep. Hiking, paragliding, caving and more can all be done from town.


There are threats. In 2015, plans were announced to drain the lake’s wetland, Studenchishte Marsh, an important filter for the lake, and develop luxury accommodation there. Fortunately that has now been squashed, but there are still battles along the lake and in neighbouring Galicica National Park around development and conservation. And then there’s the cheap prices and increase in international flights, which makes you pray that stag and hen parties don’t discover Ohrid.

So, go there soon to discover the joys of this Balkans pearl. But shhhh – be careful who you tell about it. 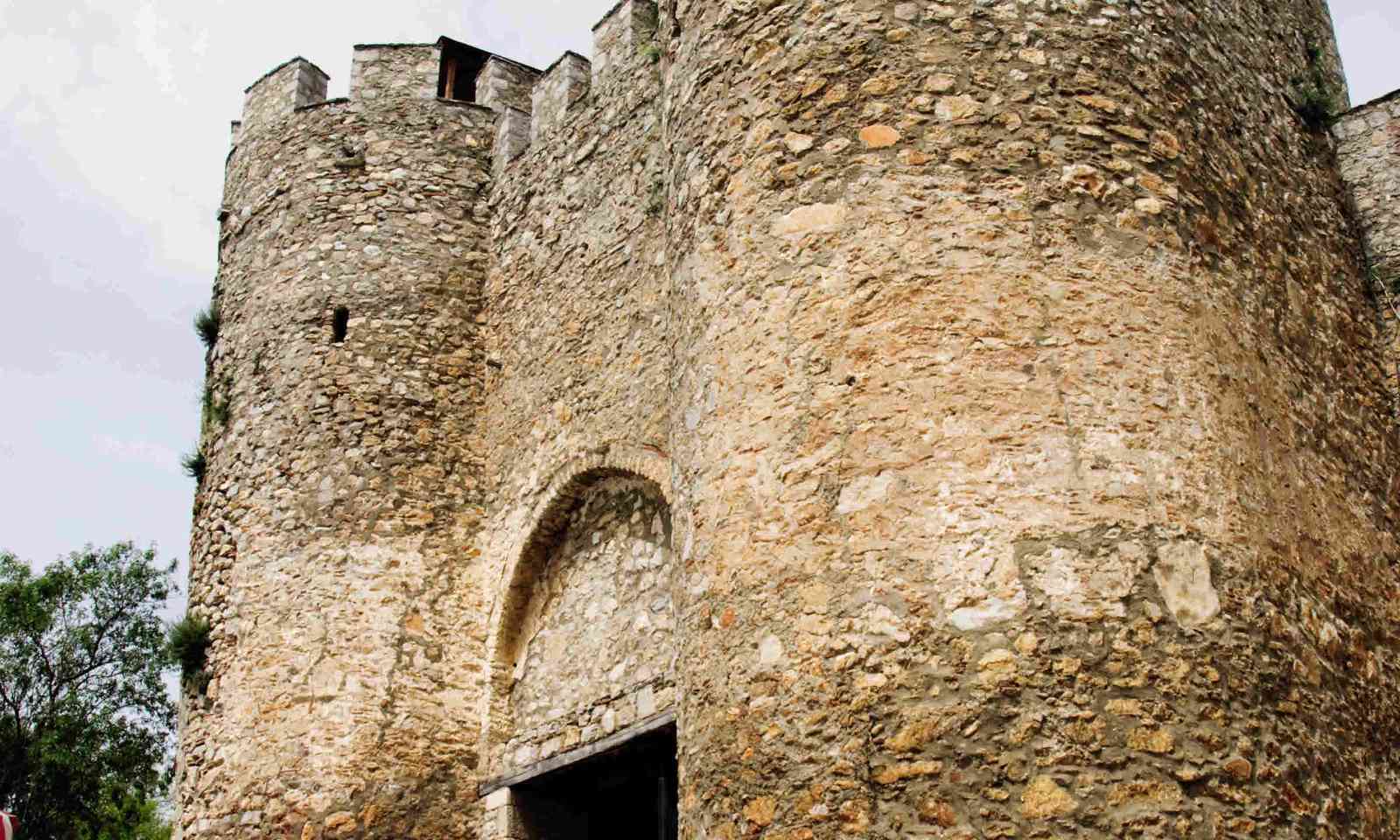 
Day One: Around the town

Take a stroll through the narrow streets and alleyways of the old town, making your way uphill to the 2,000-year-old Roman theatre. Refuel with a macchiato overlooking it from the upstairs balcony of the friendly Gladiator restaurant, before heading uphill again to Tsar Samoil’s Fortress. From here, it’s a short walk to the church of St Kliment at Plaosnik, built on the ruins of a 5th-century basilica, and the site of arguably Europe's first university. Rather controversially, a new university is now being built around the site.

A downhill stroll through pine trees takes you to the most-photographed sight in Macedonia, the beautifully located St Jovan Kaneo Church. More steps take you down to the lakeside, where you can stop for lunch on the terraces of Kaj Kanevche or Kaneo restaurants (and take a quick swim while waiting for it to be cooked). Then, follow the boardwalk back to town, diverting to the lovely St Sofia Church if you didn’t visit it on the way up, before browsing the shops for traditional crafts and Ohrid ‘pearls’.

Back in the centre, stroll to the 900-year-old çinar (plane tree) and explore the old Turkish part of town. You’re spoiled for choice for dinner, with traditional options galore as well as the inevitable pizzerias. After food, chill out in one of the late-night bars, such as the speakeasy-style Jazz Inn, or the Duck Café, for some mellow soul, jazz or blues.

Take a boat trip or water taxi to get around the lake – you’ll probably be approached by boatmen in sea captain’s hats as soon as you approach the harbour. 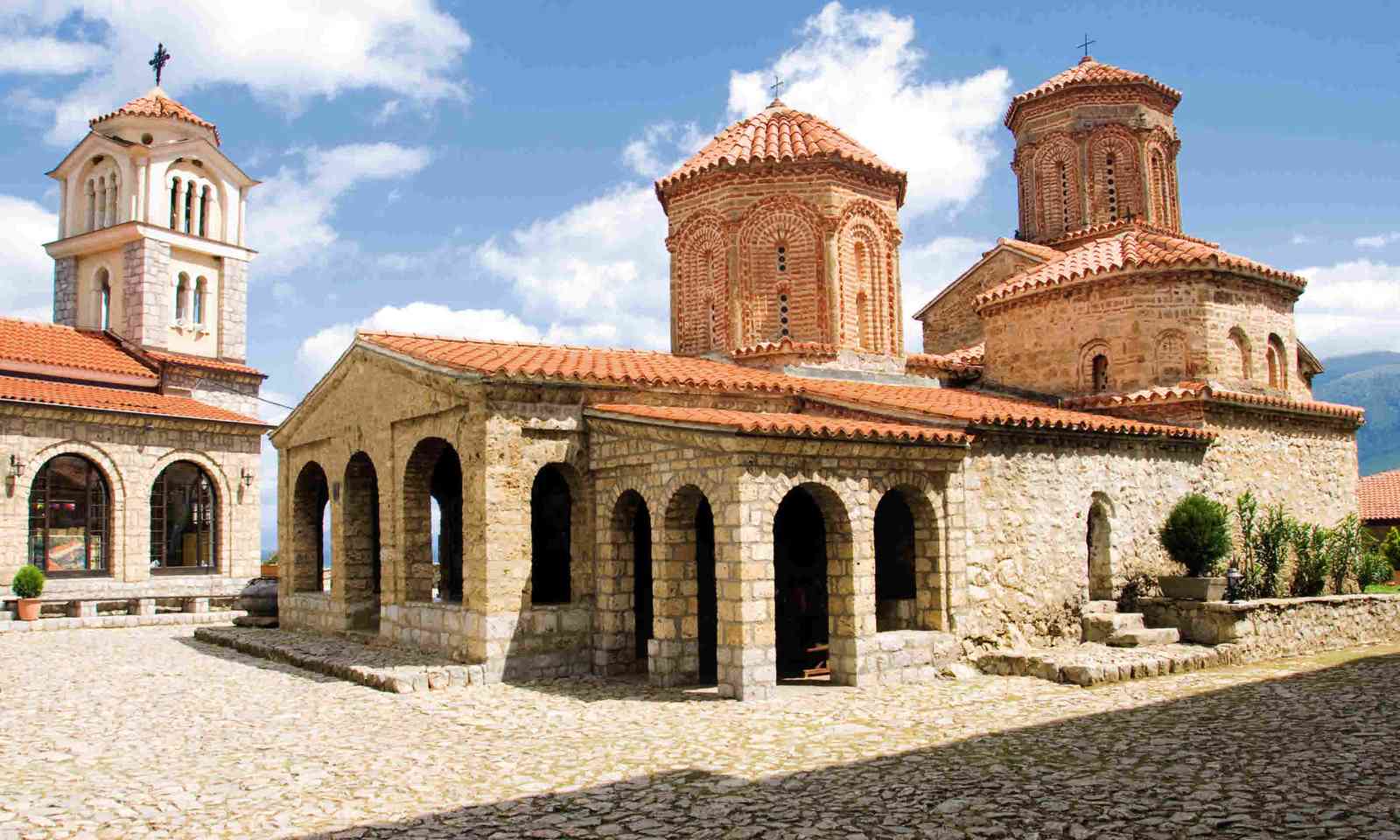 A daily boat service runs to the beautiful St Naum Monastery, near the Albanian border, taking one-and-a-half-hours each way. Or hire a taxi to take you (30 minutes); they will usually wait in order to bring you back. Once there, the church that was built over St Naum’s tomb lies in the grounds of what is now a hotel. Put your ear to the tomb to hear St Naum’s heartbeat. Stroll back down the road to take a serene row-boat tour to the springs that feed water from Lake Prespa into Lake Ohrid. Restaurant Ostrovo, looking out to the springs, offers traditional Macedonian specialities.

On the way to, or from, Naum, stop at the Bay of Bones, a reconstructed stilted village from the Bronze Age. It’s also possible to dive below it (whatever your ability). Alternatively, take a taxi (or boat taxi) to the other side of the lake to visit Struga, the second-biggest town on the water, and the fishing villages of Radozda and Kalista and their cave churches. Or if all you want to do is chill, take a water taxi to Cuba Libre Beach & Bar for ridiculously good value cocktails and a cool vibe.


Day Three: over the mountain Galicica National Park, the smallest of Macedonia’s three parks, borders the eastern side of the lake. Agencies in town can arrange mountain biking, trekking, 4WD, and tandem paragliding trips. There is also a peak from which you can see both Ohrid and Prespa lakes simultaneously, but the views of either lake are just as superb from the winding road that goes all the way over the mountain.

Lake Prespa is shallower and quieter than Lake Ohrid, and parts of it cross into Greece and Albania. Hundreds of pairs of Dalmatian pelicans and pygmy cormorants cohabit the lake and its reed beds, as well as numerous other birds.

Take a boat trip to Prespa’s Golem Grad. Despite its diminutive size (200,000 sq m), the uninhabited island’s name means ‘big fortress’ and it was once a significant cultural centre of which little is now known. The island itself is covered in rich vegetation and dotted with Roman and early Christian sites, as well as hundreds of tortoises. It is also known as ‘Snake Island’ due to the large number of mostly harmless water snakes living there, which you may be able to spot when you return to your boat.

When to go: There are a number of summer festivals, including Ohrid Summer Festival (mid-July to mid-August) which has classical music and plays. The town is packed during this period. Spring and autumn are beautiful, quiet and cheaper.
Getting There: Ohrid has its own airport with a number of international flights, especially in summer; otherwise access is via the capital Skopje (three hours by bus, less by taxi which will cost around 100 euro). From the UK, Wizz Air fly twice-weekly (Friday and Monday) from London Luton to Ohrid (3 hours). They also fly five times a week to Skopje (3 hours).

Getting around: The old town is easily walkable (although hilly). Boat trips and boat taxis are available from the harbour.

Where to stay: St Naum, at the southern end of the lake (near the Albania border), is busy during the day but less so later in the evening. A stay in converted monastery Hotel St Naum is a unique experience. The 20-room Hotel City Palace, is well situated along the quay, just a few minutes from the harbour and old town, and has lake-view rooms (some with floor-to-ceiling windows). The old town offers many small guesthouses: Villa Mal Sveti Kliment has eight rooms, including a penthouse suite. The Vila Rustica has lake views from every room, a friendly owner, and kitchenettes.
Where to eat: You will be spoiled for choice! Reliable options include Antiko, in a 230-year-old mansion house, and Gladiator, overlooking the Roman Theatre, as well as Kaneo or Kaj Kanevche – both of which are on the boardwalk below St Jovan Church.
More info: www.ohrid.com.mk/