Hamburg often pales in comparison to more laissez-faire, laid-back and hipster Berlin. But dig deeper into Germany’s second-largest city and you’ll find there’s more than meets the eye: it is brash, energetic, cosmopolitan, commercial, artsy, wealthy and a bit seedy – but never dull.

The Free and Hanseatic City of Hamburg – to give the city-state its full name – sits at the south of the Jutland Peninsula on the Elbe River, about 50km south east of the Elbe’s outflow into the North Sea. A natural, sheltered harbour, it’s Europe’s third largest port, with a proud maritime history and a multicultural vibe. And there is water everywhere.

As well as the Elbe, the Alster and Bille rivers meet here, lakes have been created and there are more canals than in Venice and Amsterdam combined, which are criss-crossed by a world-beating 2,300-odd bridges.

Hamburg is also a city of character and diversity. Here, skyscrapers and TV towers rub shoulders with the tall, pointy spires of Gothic churches and a scattering of older buildings spared during the Allied raids of the Second World War.

There’s a bit of everything: the Altstadt is the historic hub; the HafenCity development of the former docklands is the most futuristic; the lakeside neighbourhoods around the Aussenalster are the most serene, while the graffiti-strewn Schanze and infamous Reeperbahn are the centres of nightlife (and prostitution).

Yes, the nightlife. It’s intoxicating. While the red lights of the Reeperbahn might shock (or seduce), there’s plenty more besides, from theatres and concert venues to art-house cinemas and live music bars.

Hamburg is a city that entertains; this is where The Beatles grew up and became men, after all. With a rich calendar of festivals – such as Hamburg Pride (July), Dockville music and art festival (August), Filmfest Hamburg and Reeperbahn Festival (both September) and huge Christmas markets (November-December) – there’s always something going on in this irrepressible town. 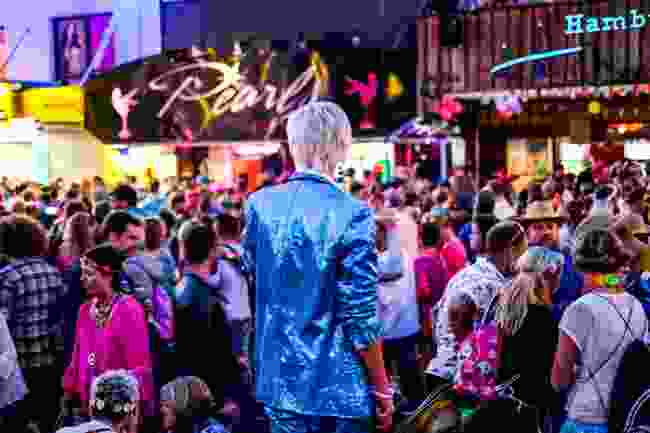 Next, head to the bustling harbour to watch the ebb and flow on a one-hour cruise from St Pauli Landungsbrücken. Alternatively, board Ferry 62 from Landungsbrücken to the village of Finkenwerder (free with an HVV day ticket).

Back on land, head to the Elbphilharmonie Concert Hall, one of Germany’s hottest cultural landmarks; there are panoramic views of the harbour from the sixth-floor viewing deck.

Dedicate your afternoon to wandering the UNESCO-listed Speicherstadt (Warehouse Town), the historic old port district, and seek out Nord Coast Coffee Roastery. If the weather is nice, grab a local-brewed Astra and watch a dreamy sunset overlooking the harbour from cool Park Fiction.

Round off your day with a thali and street food at Hamburg’s best Indian restaurant, AuthenTikka. 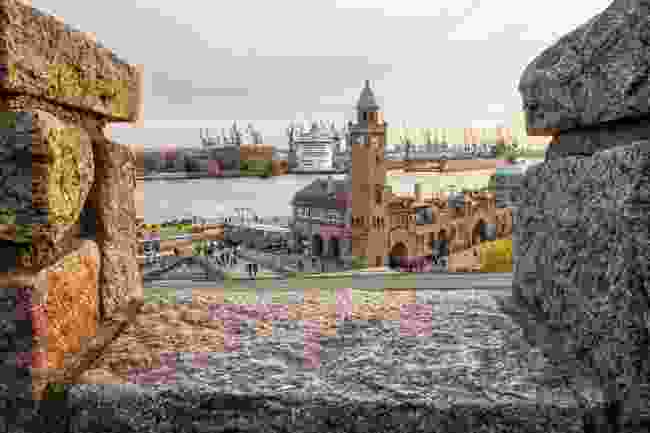 Feeling fancy? Start with a half-dozen oysters at the magnificently tiled Café Paris, right by the Rathaus. Here, board the Stadtrundfahrt hop on, hop off bus to breeze around the landmarks, including the Alster Lakes and Baroque St Michaeliskirche – climb to the top for panoramic views.

Sample reputedly Germany’s best currywurst at Imbiss bei Schorsch before heading to the Reeperbahn, Europe’s largest red light district. Beyond the sex shops and strip joints are some of the city’s best bars such as the legendary Zwick St Pauli and Rosi’s (Hamburger Berg 7).

Grosse Freiheit street is home to the first clubs where The Beatles performed, such as the Kaiserkeller. Re-live the stories with ukulele-playing super-fan Stephanie Hempel, who runs Hempel’s Beatles Tour. 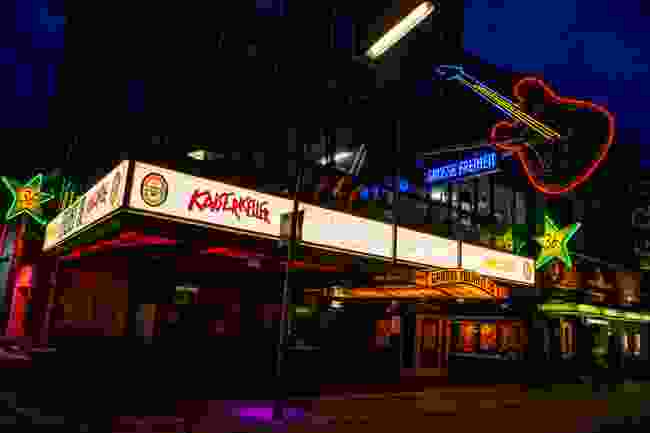 Hop on the S-Bahn to the seaside town of Wedel. Here, directly on the Elbe River, is the Schulauer Fährhaus restaurant and the Willkomm-Höft welcoming station: watch as ships entering or leaving the port are hailed by the hoisting of a flag and the playing of their national anthem over loudspeakers.

Hop back on the S-Bahn and head to the BallinStadt museum. Hamburg, the ‘Port of Dreams’, was the departure point for more than five million European emigrants leaving for the New World between 1850 and 1934.

Pre-departure they were housed in huge emigration halls here, described as the ‘world’s largest inn’. The museum, a faithful recreation of the original halls (razed by Allied bombs in 1943), is a moving tribute to those who made the journey. The museum is close to the lively and multicultural Wilhelmsburg neighbourhood – worth a wander.

For a final bite, head back over onto the northbank of the Elbe to Shiso Burger, tucked away on Bugenhagenstrasse. Expect high-quality Angus beef in a bao-style buns, washed down with homemade lychee lemonade. 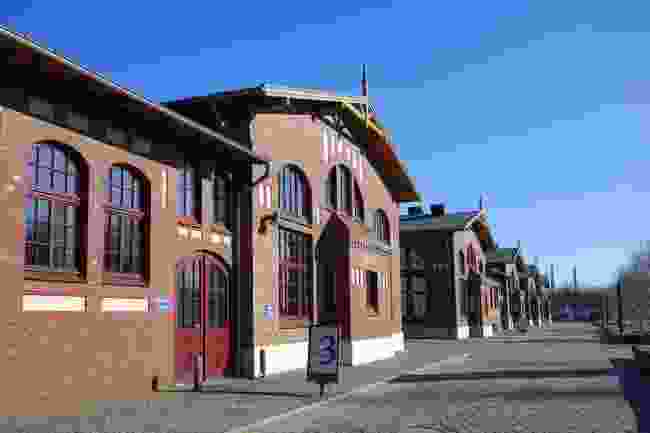 When to go: Hamburg can be rainy year-round. The weather is warmest May to September. Visit September-October for Reeperbahn Festival, December for Christmas markets.

From the airport: Most flights arrive at Hamburg-Fuhlsbüttel Airport (HAM), 10km from the city centre.

Getting around: HVV is the Hamburg Transport Association. Download the free HVV Navigation app www.hvv.de for information on getting around the city. Features include maps, route planning, timetables and ticket purchasing

£ a&o Hamburg Hauptbahnhof: A beautifully converted old warehouse in the vicinity of the main station and Speicherstadt.

£ Superbude Hotel & Hostel: A trendy design hostel in the heart of St Pauli and in St Georg

£££ Hotel Atlantic Hamburg: The city's most storied hotel, opened in 1909 and originally designed to house passengers on transatlantic ocean liners. 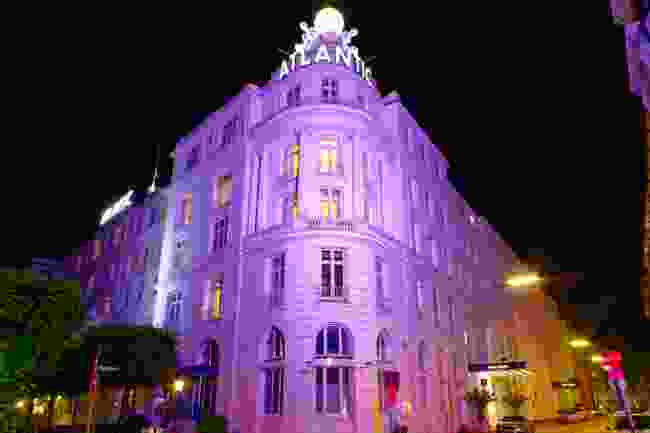 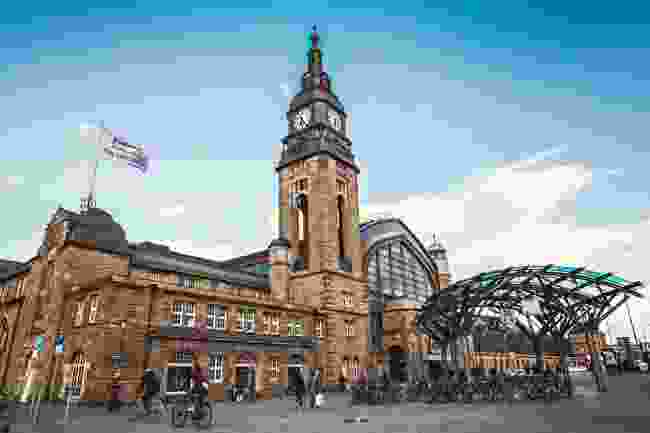 1 Invest in a HVV day ticket (or a group day ticket, valid for two to five people). These provide unlimited travel on all HVV routes on the day of issue. Prices vary depending on how many zones you wish to travel into. A zone 1-2 ticket costs from €6.70pp, €12.70 for a group.

2 Alternatively, consider a one-day Hamburg Card (€10.90). This covers public transport plus 30 per cent off harbour, Alster and city tours, and up to 50 per cent off selected sights and museums, theatre tickets, restaurants and cafes.

3 Renting a bike is a good way to travel around. StadtRAD, Hamburg’s bike-share scheme, has 200 hire stations across the city, including at railway and underground stations in the central area, in key residential neighbourhoods and near popular attractions. The first 30 minutes of bike use is free, which is enough time to reach any key site within the centre, while a day’s rental costs €15; there is a €5 registration fee.