Bulgaria’s quirky capital combines Ottoman heritage with European influences. Here's how to get the best out of this corner of the Balkans

8 mins
Where? Western Bulgaria
Why? For an off beat, chaotic melting pot of Euro, Russo and Ottoman culture
When? Spring/early summer for café culture and birdwatching

Sofia’s history is as long and colourful as you’d expect from a capital on the frontier between Europe and Asia. The city has spent most of the past 2,000 years under occupation by various empires: first settled by Thracians in the eighth century BC, the area has since seen Romans, Byzantines, Ottomans and Communists all leave their marks.

In 2007 Bulgaria joined the EU and Sofia got a bit of a facelift. Not that this is immediately obvious. Like many former Soviet cities, Sofia is a touch unprepossessing when you first arrive, its compact heart encircled by a busy ring road. However, within that, there is a silver lining. 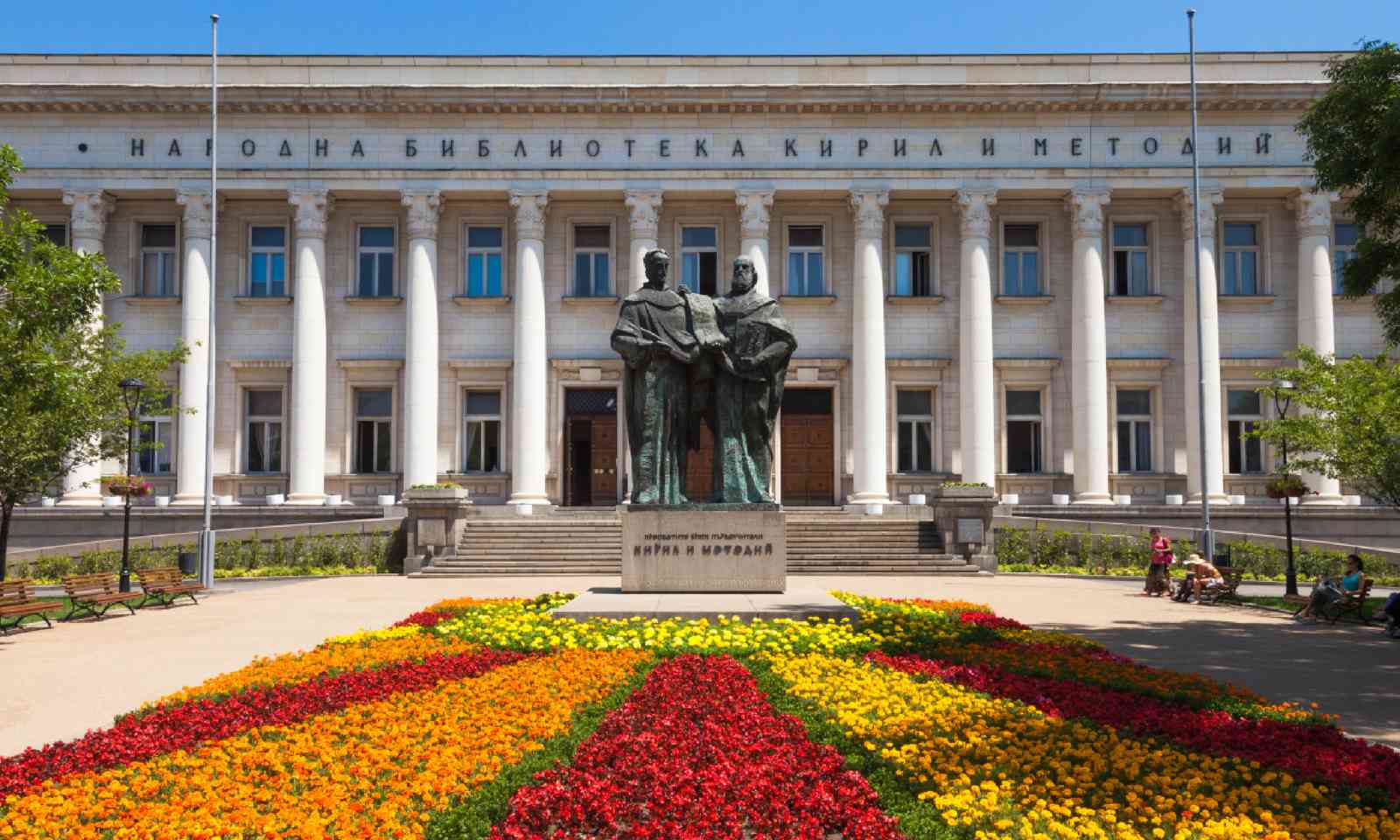 The first indications that there’s more to Sofia than concrete housing blocks are the glinting golden domes of the Russian Orthodox church. This isn’t the most impressive monument in the city, though – that honour goes to the Memorial Church of Alexander Nevsky, Bulgaria’s largest cathedral.

On its outside, neo-Byzantine gilt-and-green domes pile towards the heavens; inside its cavernous core, frescoes glare down from the walls. Christianity may have left the most outwardly glitzy architectural legacy on Sofia, but the city’s history as a melting pot of cultures and faiths has also left fascinating traces.

Nowadays Sofia’s Muslim and Jewish communities are comparatively small. This hasn’t always been the case though. Europe’s Sephardic Jewish community were welcomed by the Islamic Ottoman empire in the middle ages, and were an integral part of the community until around 90% decided to emigrate when Israel was formed. 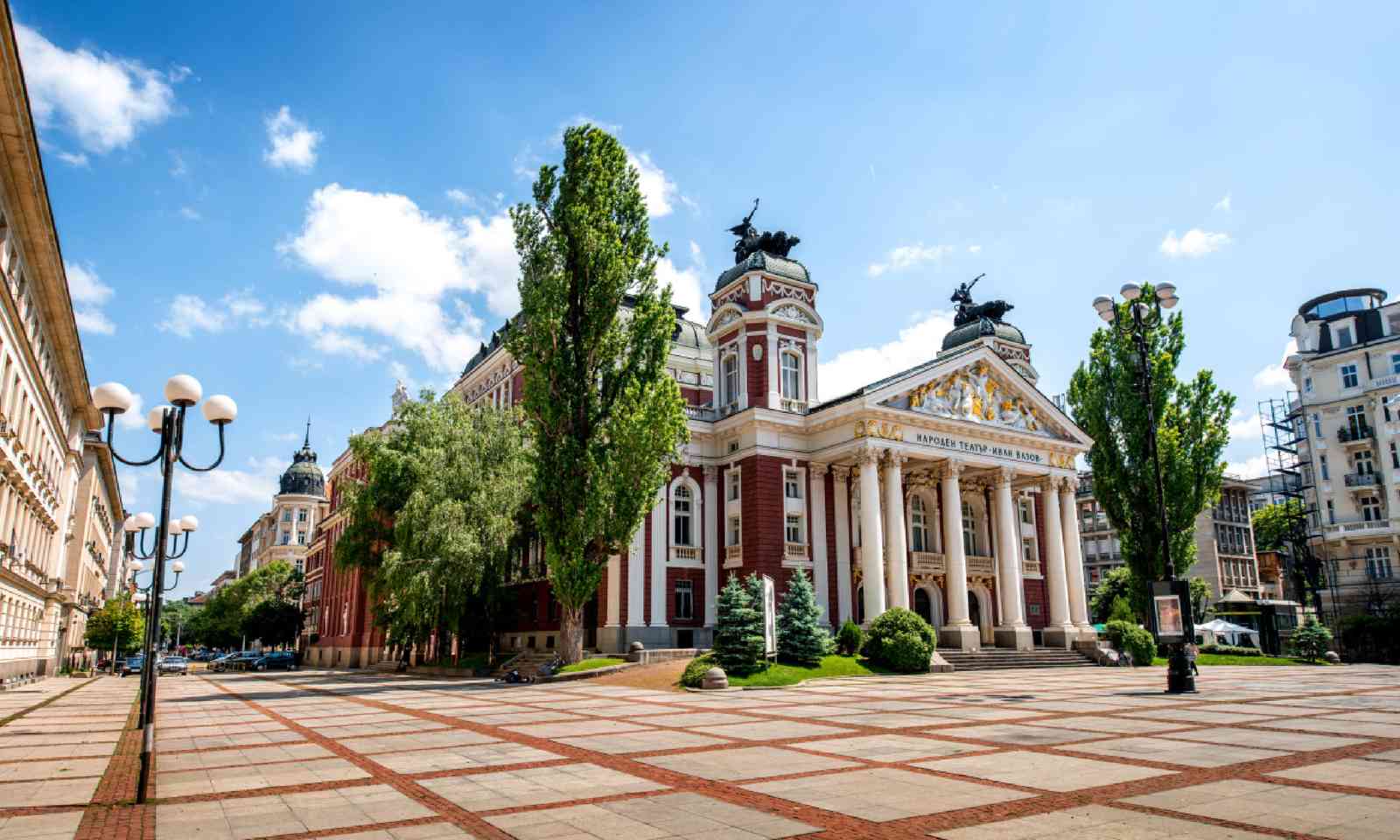 During the war, unlike most Nazi Allies of German-occupied countries, Bulgaria saved most of its Jewish population from being deported to the concentration camps. The synagogue and the Banya Bashi Mosque remain two of a clutch of impressive buildings downtown, along with the Mineral Baths and the Sveta Nedelya church.

All of Sofia’s main sights are located inside the ring road, within easy walking distance – while public transport is readily available, the best way to discover the city’s charming nooks is on foot. Explore the twisty, part-cobbled streets to find markets and squares that give way to parks and wide boulevards.

This is when you’ll discover the second indication that Sofia isn’t just Soviet-drab. Stroll down Bulevard Vitosha, pause at one of the many cafés – and then look up. Above the tram-wires and slightly shabby buildings, Mount Vitosha towers over the skyline, promising fresh air and greenery once you’ve finished exploring within the city limits.


Day one: Take a walking tour

Sofia is a very walkable capital, and feels cosier than its population of 1.25 million would suggest. Start in the heart of the city, at Sveta Nedelya Church. Head north past the gigantic golden statue of St Sofia to the Banya Bashi Mosque, Sofia Synagogue, Market Hall and the Public Mineral Baths, which are clustered together north of the Largo, an elongated plaza flanked by domineering Communist-era buildings. 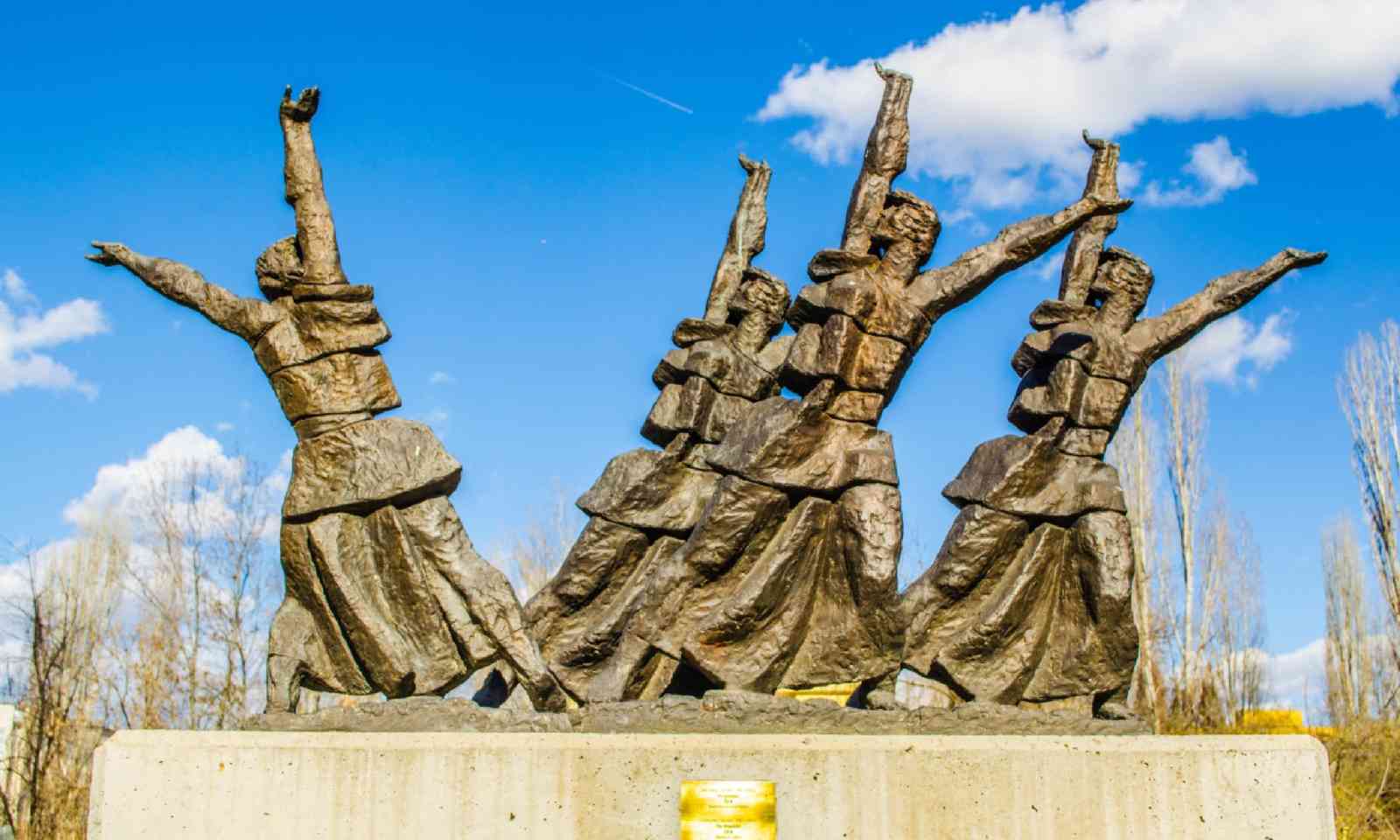 Head further north to the Flower Market, a general bazaar where you can pick up almost anything (just watch your bags) before turning south-eastwards to explore some of the city’s other monuments – the University, the Alexander Nevsky Cathedral and the  Rotunda of St George.

You’ll encounter plenty of museums flanking Bulevard Tsar Osvoboditel and the streets parallel to it; the National Art Gallery, Ethnographic Museum and the Archaeological Museum are all worth the extra shoe leather.

Not every capital has a mountain on its doorstep! Mount Vitosha is just 20km from downtown Sofia – perfect for a day’s hike through woods and meadows (or skiing in winter). There’s a diverse range of wildlife to be spotted, from a variety of birds (such as the spotted nutcracker) and reptiles to wild boar, bears and wolves that still live in the more remote areas. 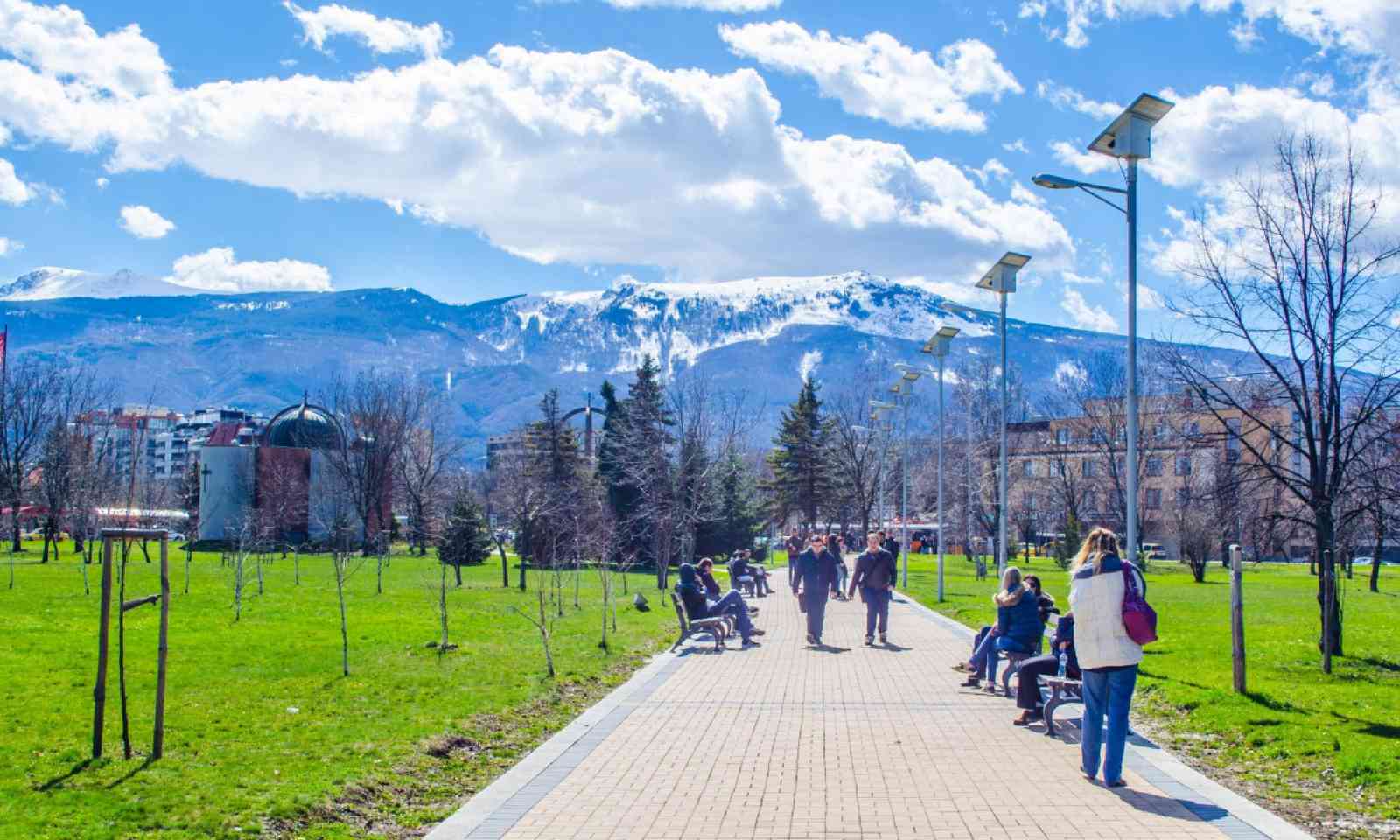 Pack a picnic and take the cablecar up from Simeonovo to savour the views without the effort, and pausing to gather wild herbs and berries. Alternatively, tackle the highest peak, 2,290m Cherni Vrah. There are two starting points for this hike. From Zlatni Mostove (Golden Bridges) it takes about three hours, through varied terrain that includes the moreni (stone rivers) – piles of huge, rounded granite rocks lining the river valleys where gold was once found. The climb from Aleko is shorter, steeper and less varied.

Hostels and some hotels can arrange transport and guides, or it’s fairly easy to take public transport to the suburbs (Boyana, Dragalevtsi or Simeonovo) from the Hladilnika terminus – services are most frequent at weekends.

About two hours’ drive south of Sofia is Bulgaria’s famous religious site, the UNESCO-listed Rila Monastery. The monastery is famous both for its architecture and its mountainous setting. It’s a very popular day-trip from the capital – most hotels will offer excursions.

The building has its origins in the tenth century, when friend-of-the-animals St John of Rila (Ivan Rilsky) took to living as a hermit in these forested mountains to escape from the decadence and laxity of contemporary monasteries; after his death, it became an important spiritual centre. 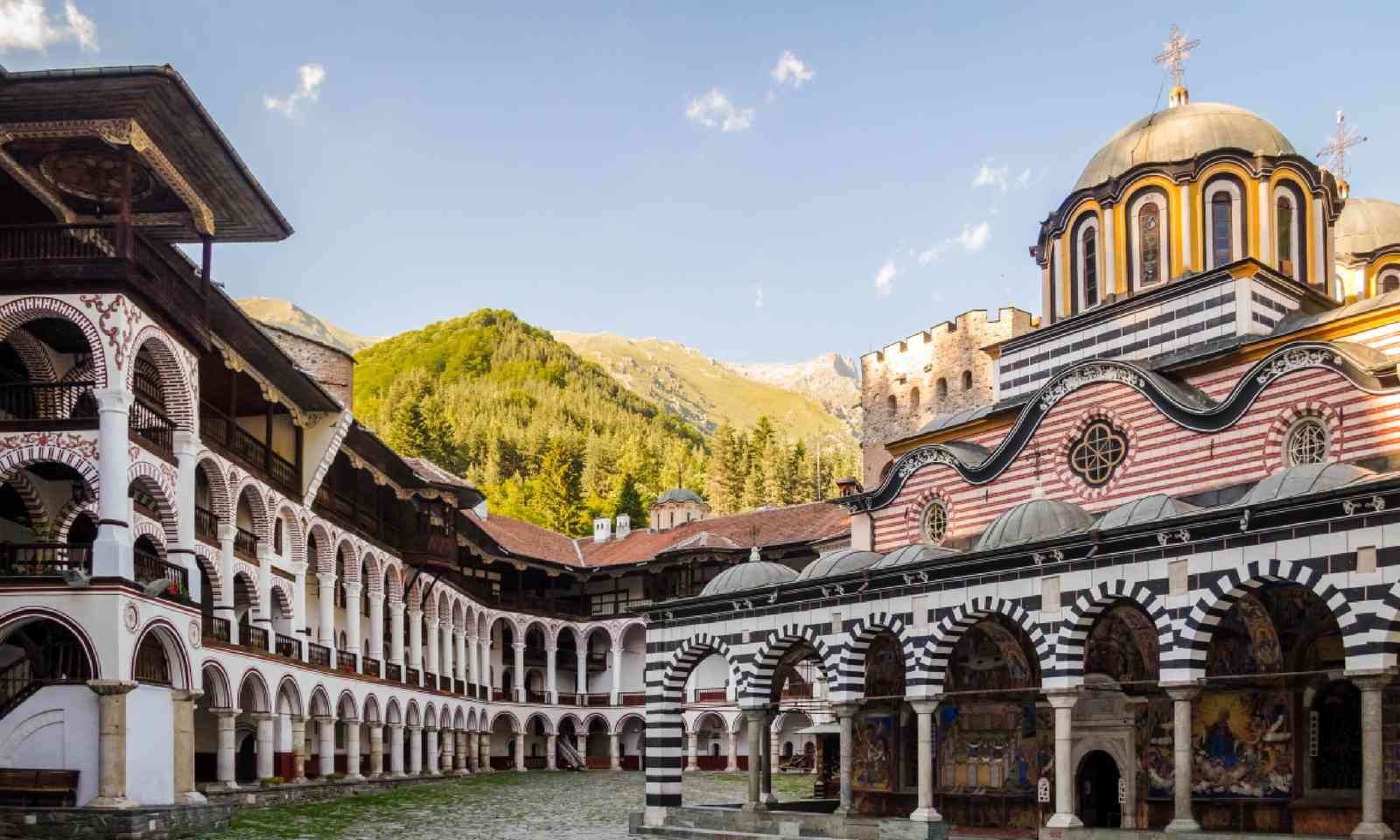 The monastery standing today dates mostly from the 19th century, rebuilt after a catastrophic fire in 1833. As well as admiring the bold red, white and black facade and  richly coloured frescoes inside, you can take short hikes in the surrounding woods – including one to the cave where St John of Rila lived the last 20 years of his life.

When to go: The shoulder seasons of April-June and September-October are ideal for  exploring both the city and the mountain on its outskirts: warm, but less crowded and less sticky than high summer (July-August). They’re the best months for birdwatching too.

Getting around: Public transport in Sofia is inexpensive and easy to use, but the city centre is best explored on foot. To head further afield, hire a car – public transport between cities is slow.

Check out bulgariatravel.org for more advice.

Top tip: Bulgaria is allegedly the birthplace of everyone’s second favourite fermented-milk-product, yoghurt – you’ll find it served with almost everything and everywhere. How cultured.