From hammerheads and whitetips to makos and great whites, sharks are often misunderstood. The best way to learn about them is to get up close - very close - like underwater photographer Brian Skerry... 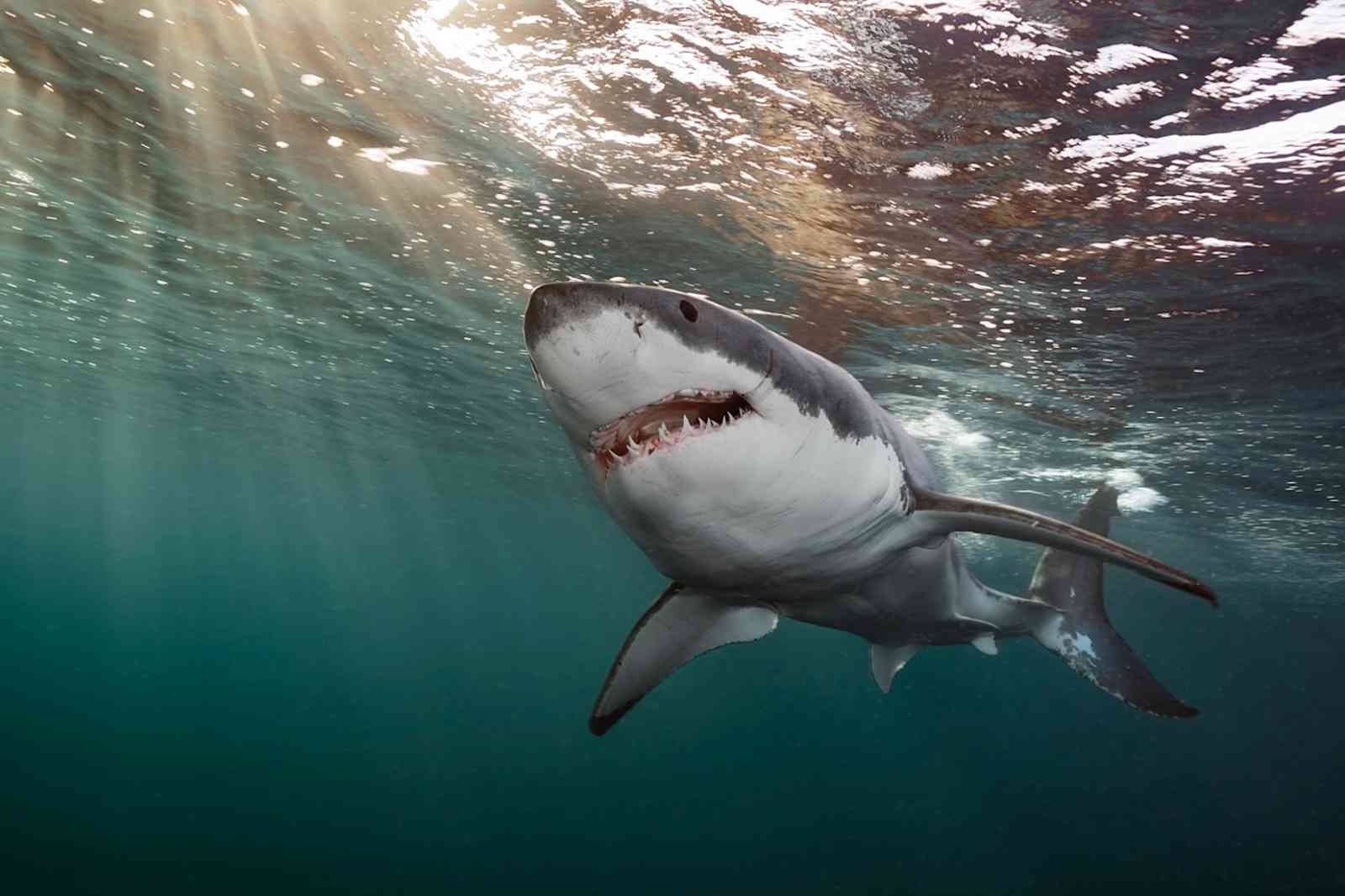 Satellite tagging provides scientists with new understanding of the great white’s impressive migration. Sharks that spend the summer and fall off the coast of California head out to deep water in the central Pacific in the winter and spring, to an area scientists call the Great White Café. So far, Australian sharks like this one don’t seem to have a similar pattern. (Brian Skerry) 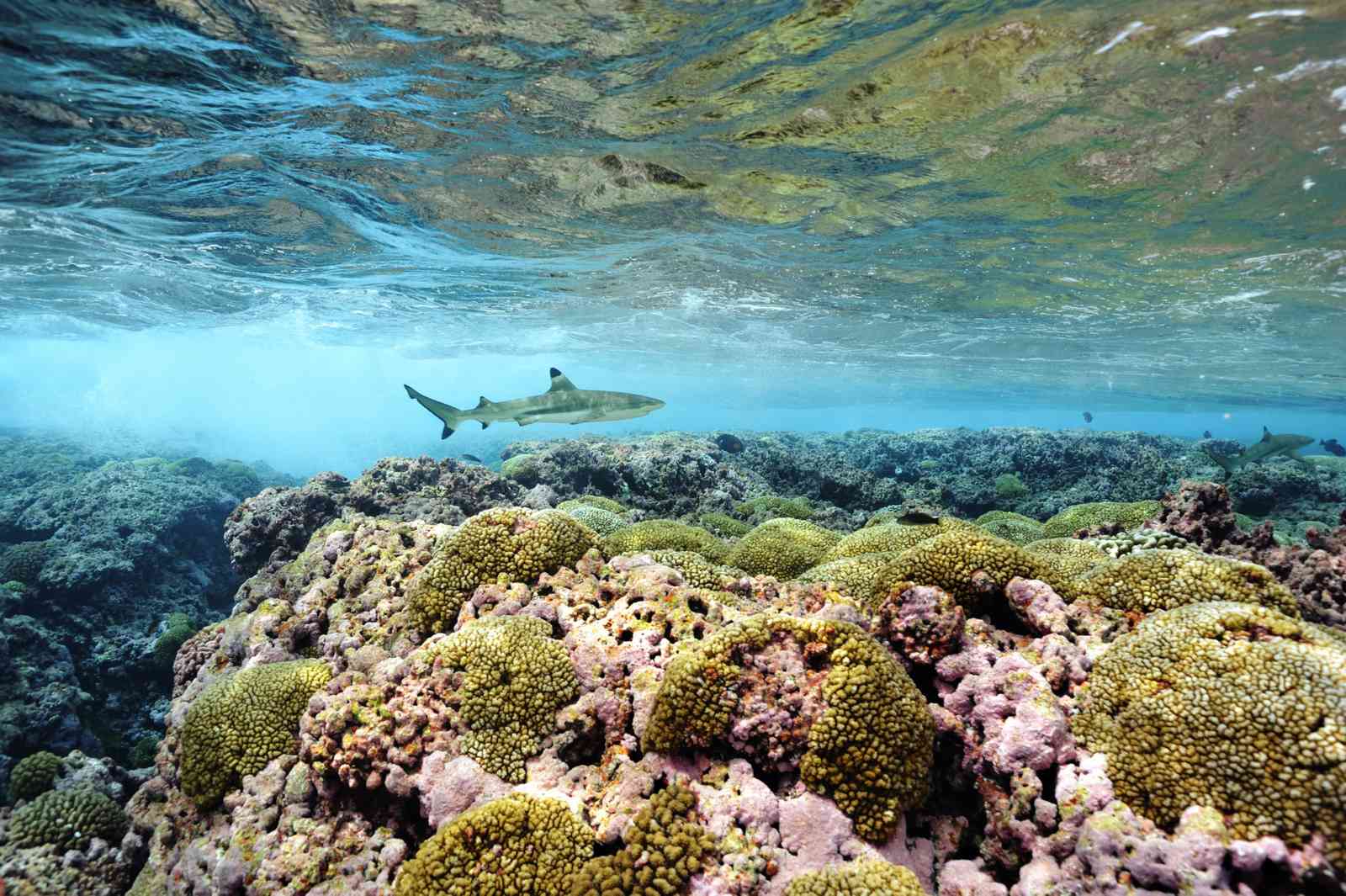 A Blacktip Reef Shark patrols the reef at Millennium Atoll, a tropical paradise that has been largely unmarred by human activity. (Brian Skerry) I first encountered an oceanic whitetip near Cat Island in 2006, with my mentor Wes Pratt. (Brian Skerry) 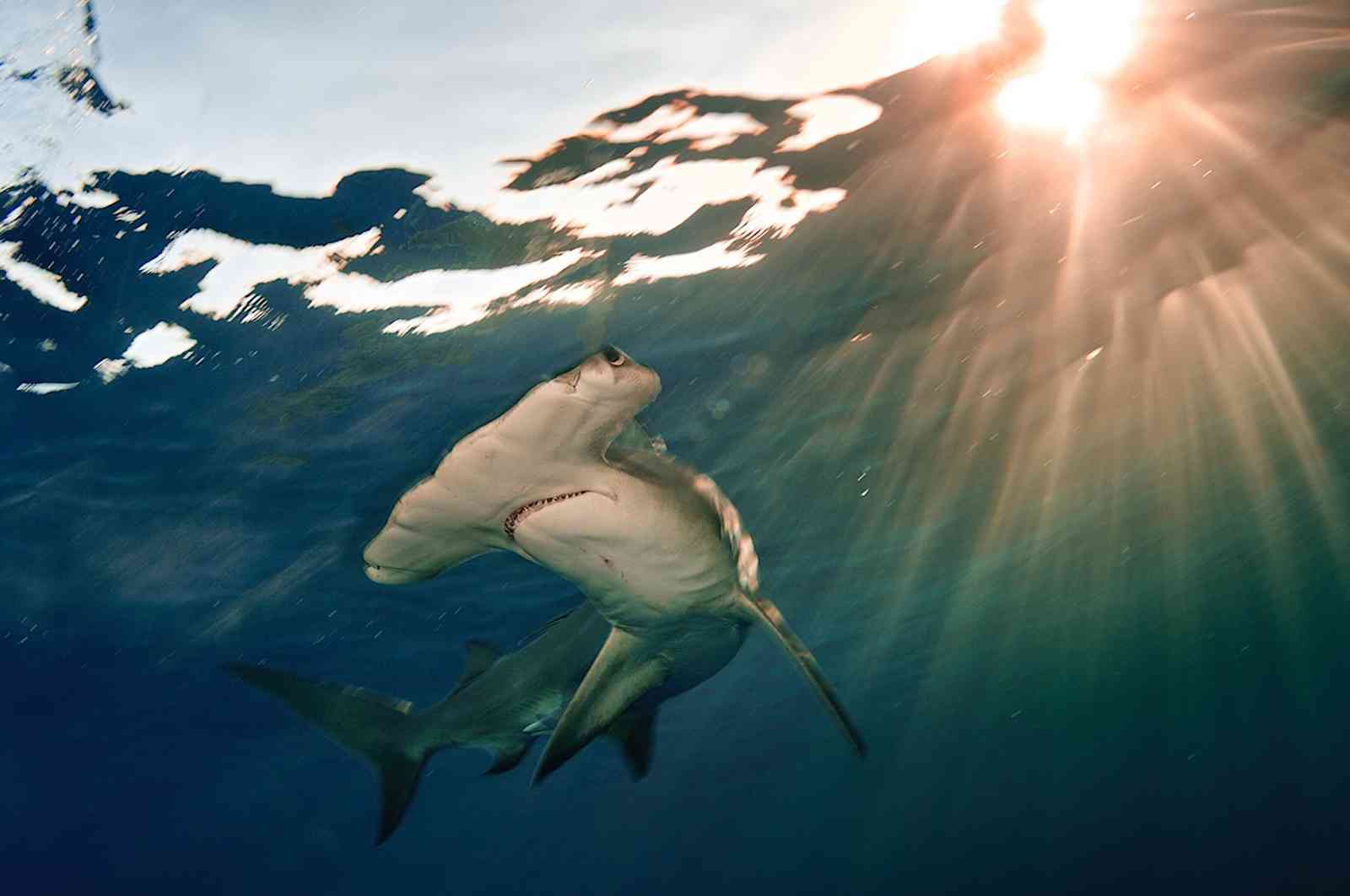 The unusual head shape of the hammerhead - one of the most distinctive species of shark - gives it an impressive field of vision for hunting in the open water. Hammerheads reproduce only once a year, so commercial fishing has a drastic impact on their populations. (Brian Skerry) At Isla Holbox in the Gulf of Mexico, whale sharks gather to feed every year. From a boat it seems like these massive fish swim rather slowly, but when I got into the water, I was surprised by their speed. I wanted to swim ahead to capture the living wreath of scad circling this shark’s head, and just keeping up took a tremendous effort. (Brian Skerry) 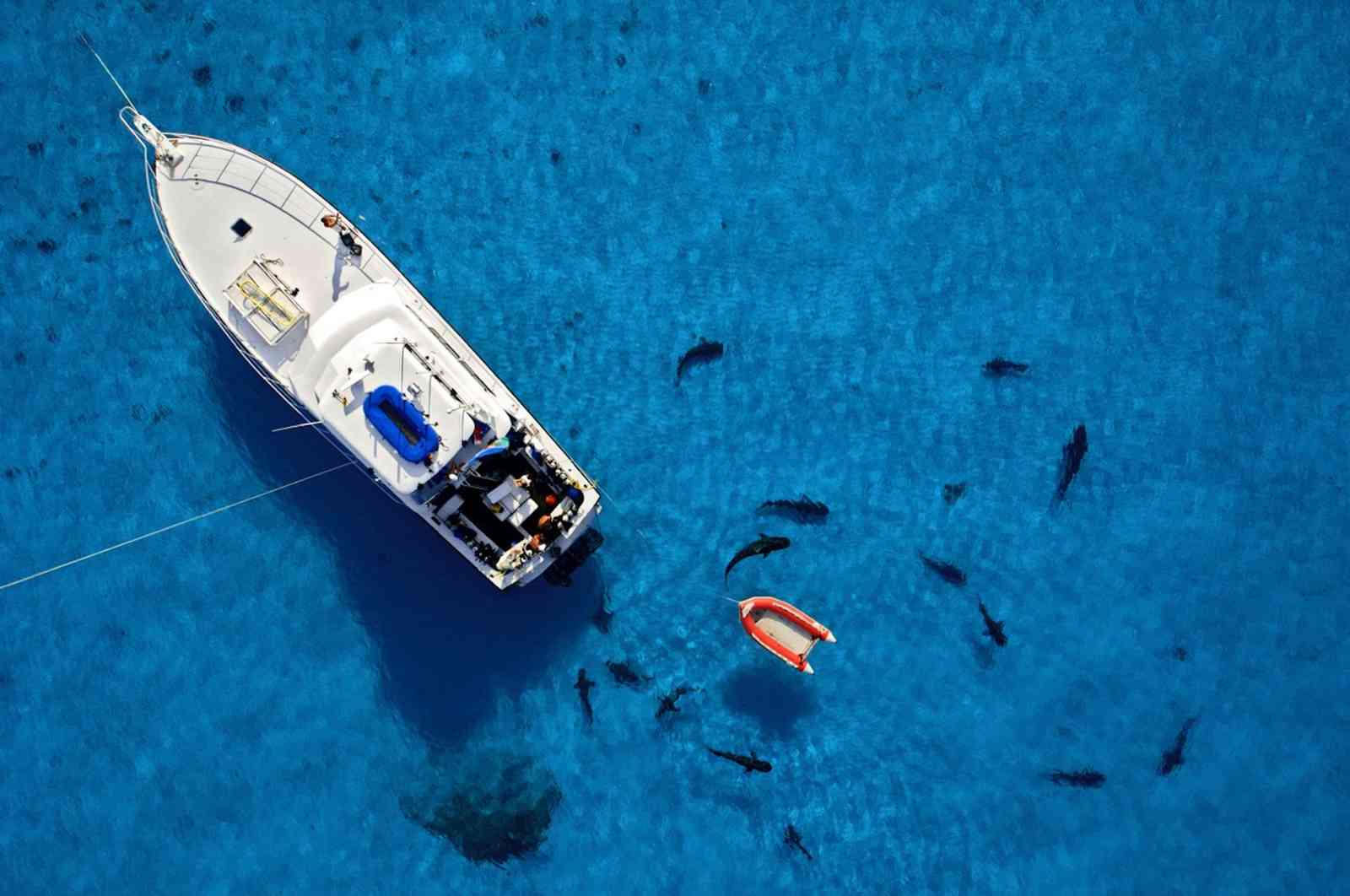 Calm, clear waters and low winds really showcase the shark presence on Tiger Beach. Each of these sharks is about 12 to 14 feet long. Many of them are females who spend their pregnancies in the warm waters of the Bahamas. I made this photograph using a camera attached to a blimp (you can see the tether attaching it to the boat on the left side of the image). (Brian Skerry) At Tiger Beach in the Bahamas, tiger sharks have acclimated to the presence of humans (and know that many will have food for them). Vincent Canabal is an ecotourism guide who works at Tiger Beach and knows many of the sharks here on sight. (Brian Skerry) 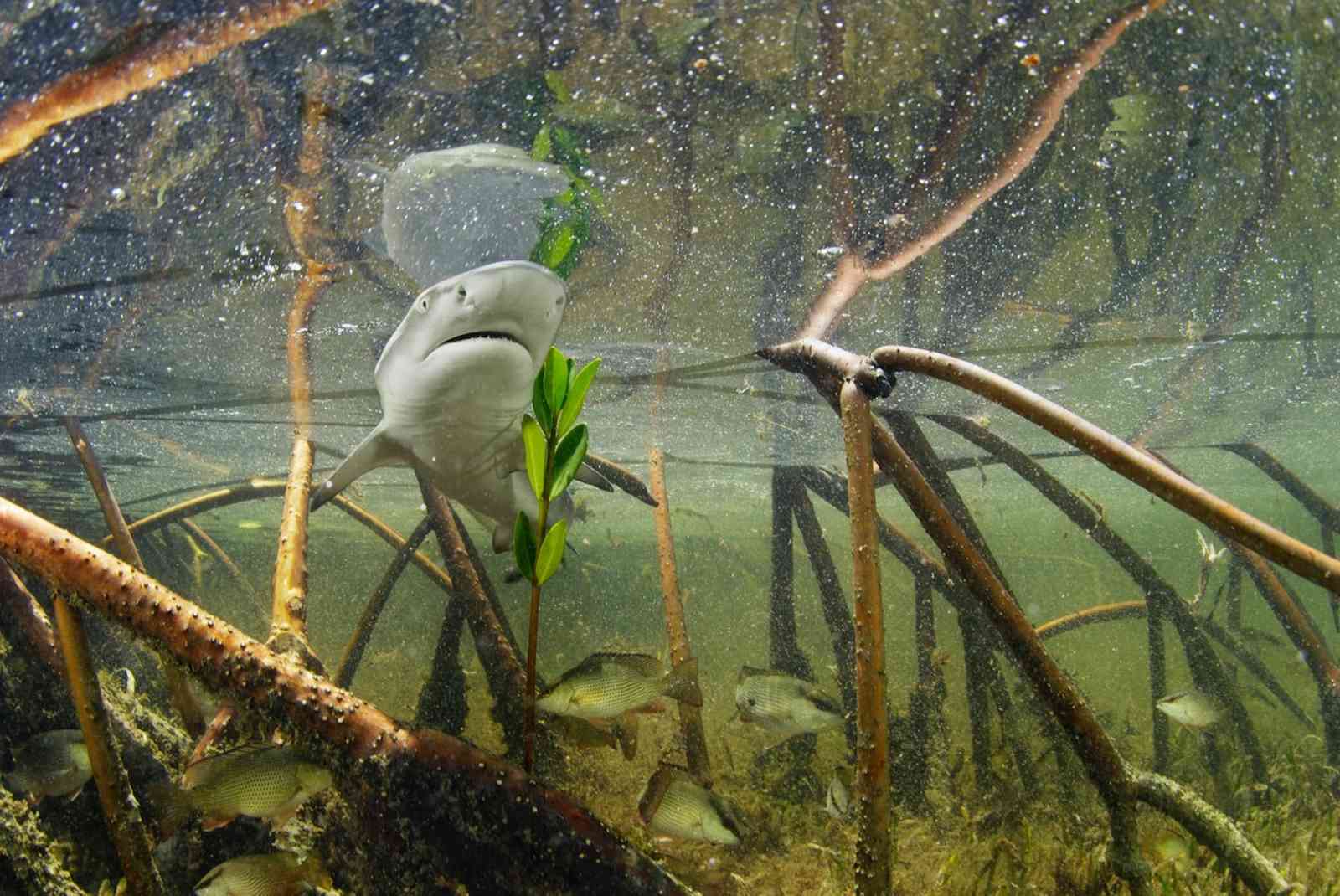 This mangrove forest in Bimini, Bahamas, is a nursery for lemon shark pups. At only a few weeks old, they are perfect miniatures of adult lemon sharks. The mangrove roots keep them safe from predators during the first few months of their lives, before these sharks head out into open waters. I wanted to capture images of sharks at this vulnerable stage of their lives to help show people that these animals are more than dangerous predators. They’re fascinating, multidimensional animals with rich lives. (Brian Skerry) Great whites are usually solitary animals, but in hubs like the Neptune Islands they can be found in groups, especially near feeding grounds. During this dive I saw sharks on every side. Between the hazy water and the schools of silverfish, visibility was low, and I was surprised when one shark swam right up to my cage and pressed her face against my camera. (Brian Skerry) 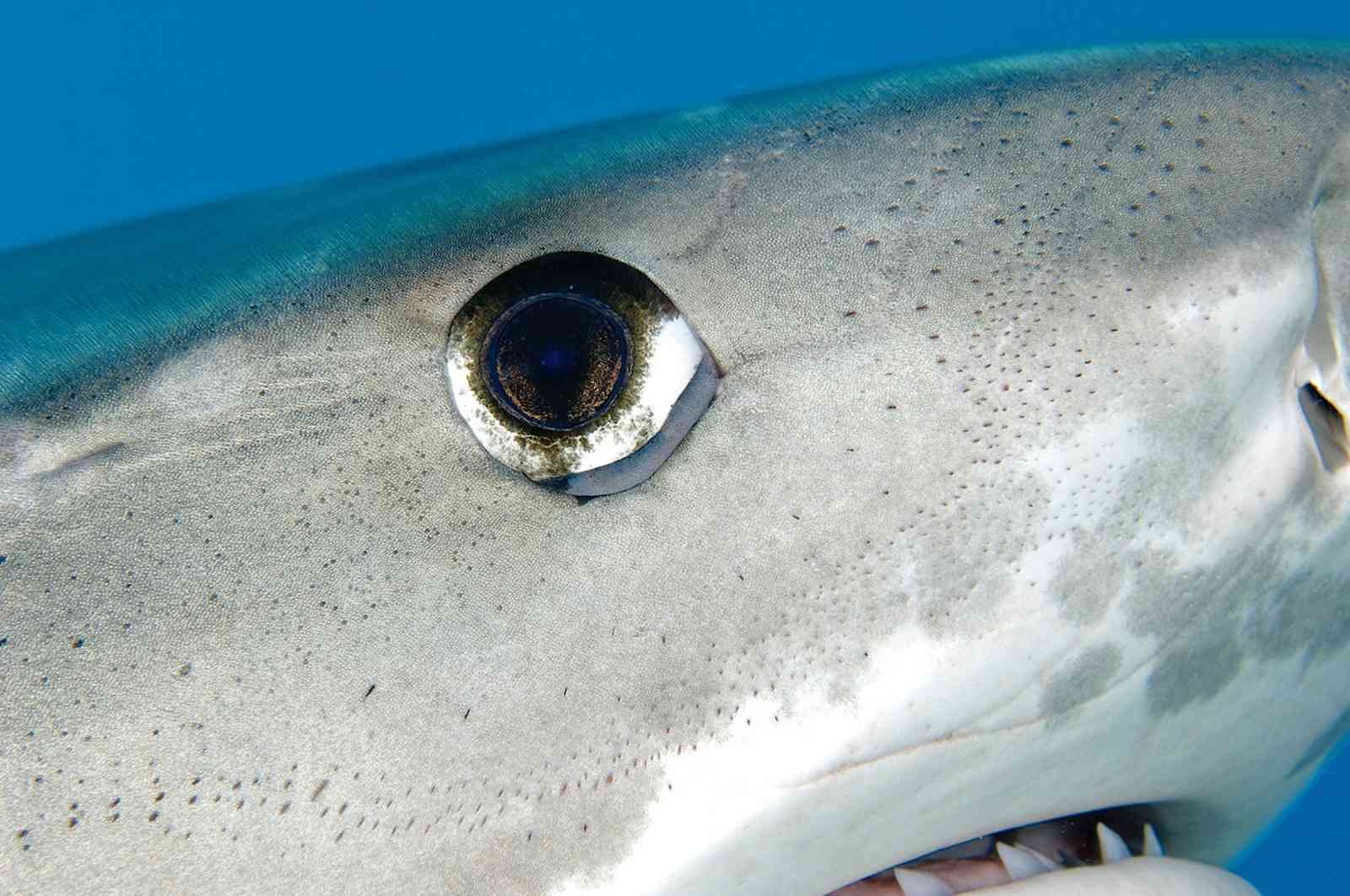 Part of why sharks are such efficient predators lies in their finely tuned senses. Like other sharks, tigers have good low-light vision. They also have jelly-filled nerve endings on their snouts, called the ampullae of Lorenzini (the small dots behind the nostrils). These allow them to detect electrical signals and home in on nearby prey. Sharks also have exceptional senses of smell, and specialised teeth round out an already impressive lineup. (Brian Skerry) 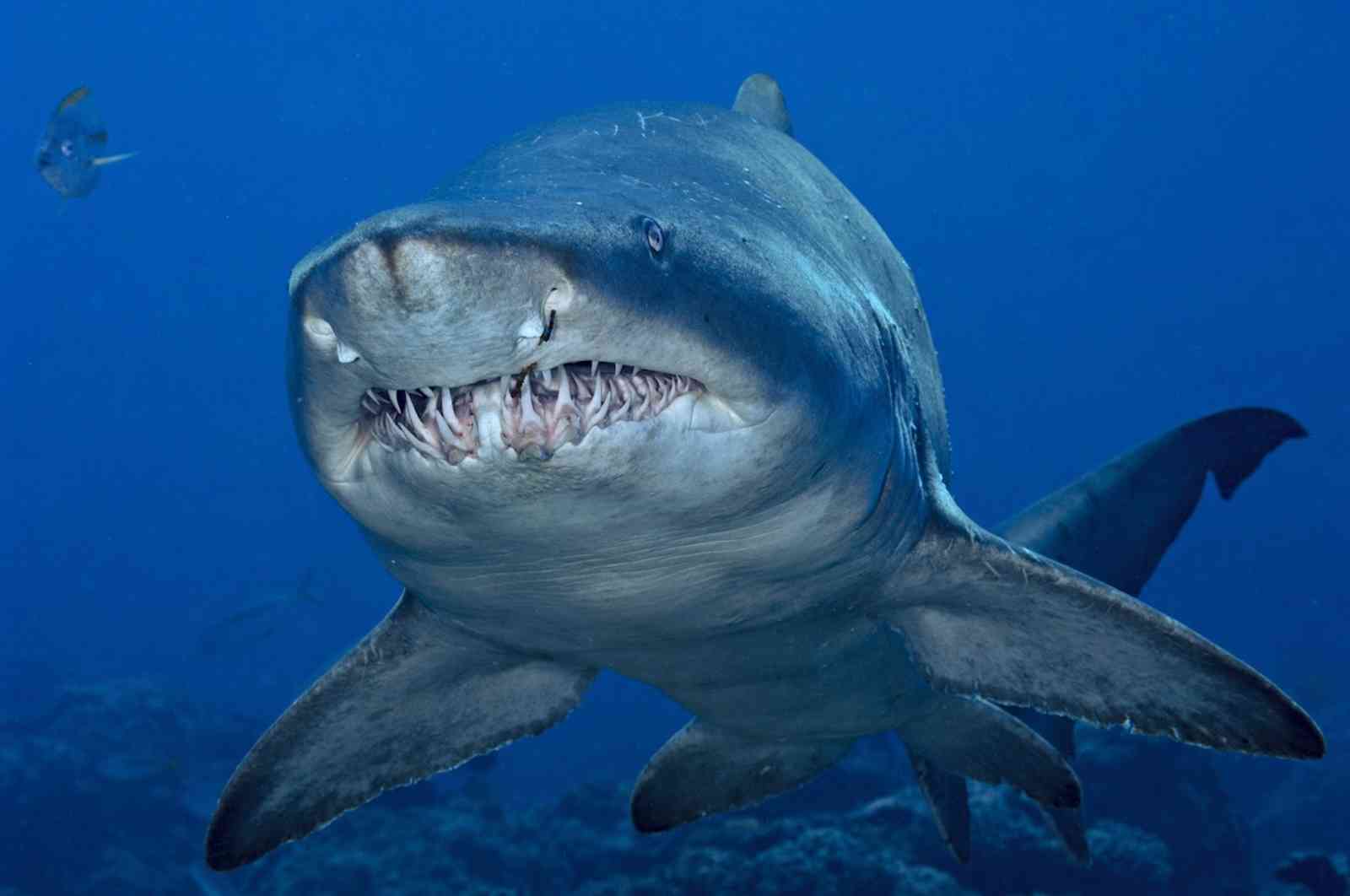 All those teeth make the sand tiger shark look mean, but it is one of the politer species of sharks that I have encountered. I met this one near the Ogasawara Islands off the coast of Japan, an area known for its sand tigers. (Brian Skerry) 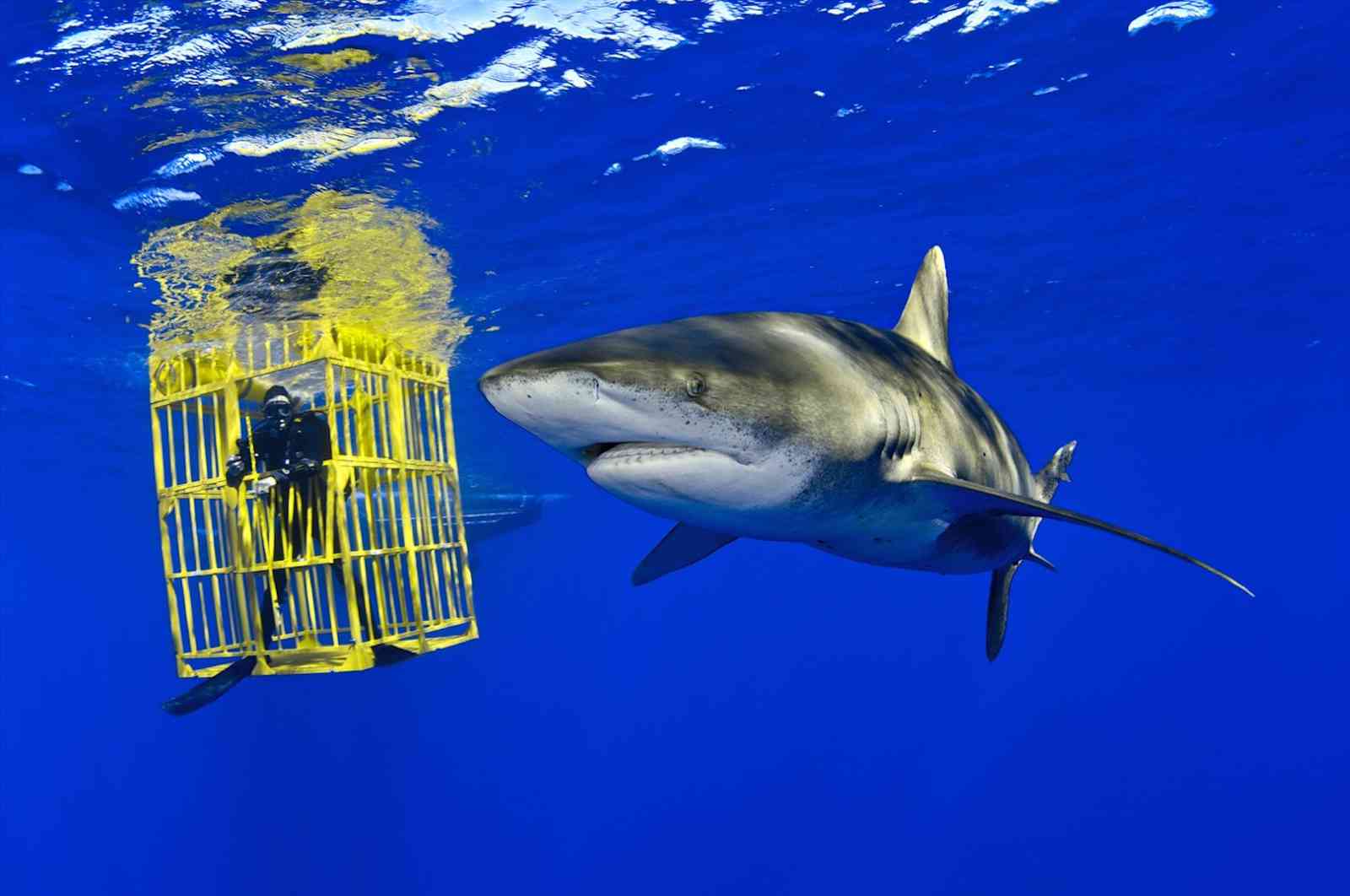 Before my first trip to Cat Island in 2006, I had no experience with oceanic whitetips and could only base my expectations on rumours about these man-killing sharks. We brought along a shark cage, but I felt perfectly safe swimming alongside them in the open water. (Brian Skerry) Makos have a reputation as aggressive sharks, which is part of what makes people see them as such a prize catch. But these efficient, elegant predators are declining in number. In New Zealand they’re seen as a good eating fish (though more often picked up as bycatch rather than targeted fishing). (Brian Skerry) 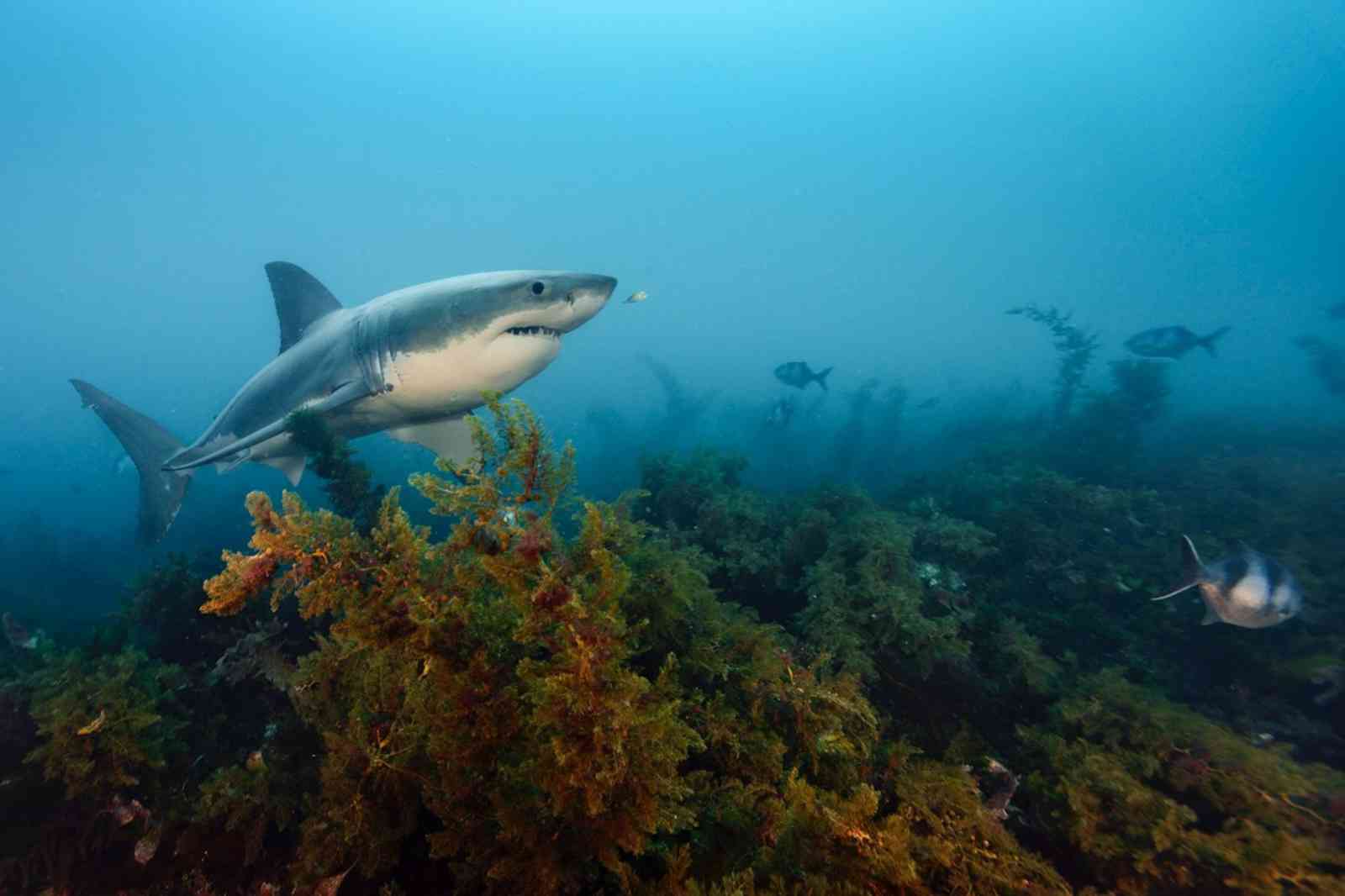 The Neptune Islands, located off the southern coast of Australia, are one of the world’s major hubs for great white activity. (Brian Skerry) In Mexico, a remora investigates the mouth of a whale shark in search of food scraps. (Brian Skerry) A blue shark swims underneath a boat off the coast of Rhode Island. (Brian Skerry)

Shark by Brian Skerry, an incredible collection of shark photos from around the world, is out now, published by National Geographic Books. You can buy a copy HERE.