As he sets out on an epic motorcycle ride across America, Stephen Starling considers what lays ahead – once he negotiates Los Angeles' notorious freeways...

The street crossing from East Los Angeles to the freeway is ugly. Car yards, burger joints and pawnshops line the roadside. All three lanes are bumper-to-bumper, inching forward in fits and starts. It is hot from the California sun and hot from the Harley-Davidson rumbling and shaking below me.

Jim and Peter, my riding companions, are still visible in the mirrors, but it is difficult staying together in rush hour traffic. This is our first time riding motorcycles in America. Weaving right to take the 10 freeway to Santa Monica, my tires thump over the joints in the highway pavement. My heart thumps too, in anticipation of a 5,000-mile ride around the USA.

Ahead, Pacific Coast Highway contorts its way up the California coast, clinging to rocky headlands and sweeping down around sandy bays. Beyond are the twisting pigtail bridges of Iron Mountain Road near Sturgis, the high passes of the Million Dollar Highway snaking along the spine of the Rocky Mountains, and the bends curving between the red cliff walls of Canyonlands National Park, all legendary roads that bikers dream to ride. There are legendary sights to see: the rugged grandeur of Yellowstone National Park, the towering monoliths of Monument Valley, the immense crater of the Grand Canyon, and the desolate wastelands of the Badlands. Studying the guidebooks, we have plotted a route that circles five picturesque national parks with visits to extravagant eccentricities, such as Hearst Castle and national building projects like the Hoover Dam.

We want to meet the locals, too. Back home in Australia we have seen plenty of Americans acting out parts in the movies, but what are they like in real life? Are cowboys still riding the range? Have all the backwoodsmen left the woods? Do the stars come out in Beverly Hills?

I’m excited thinking about all these escapades as I slice though a gap in the traffic to escape into a vacant lane, although, for me, this adventure is more than just a road trip. I want to explore how history shaped this nation, find out what unites these disparate states, and learn what drives these ambitious people. Given recent economic setbacks and current social tensions, is this still the land of opportunity where American dreams come true?

I am off in search of the Real America. 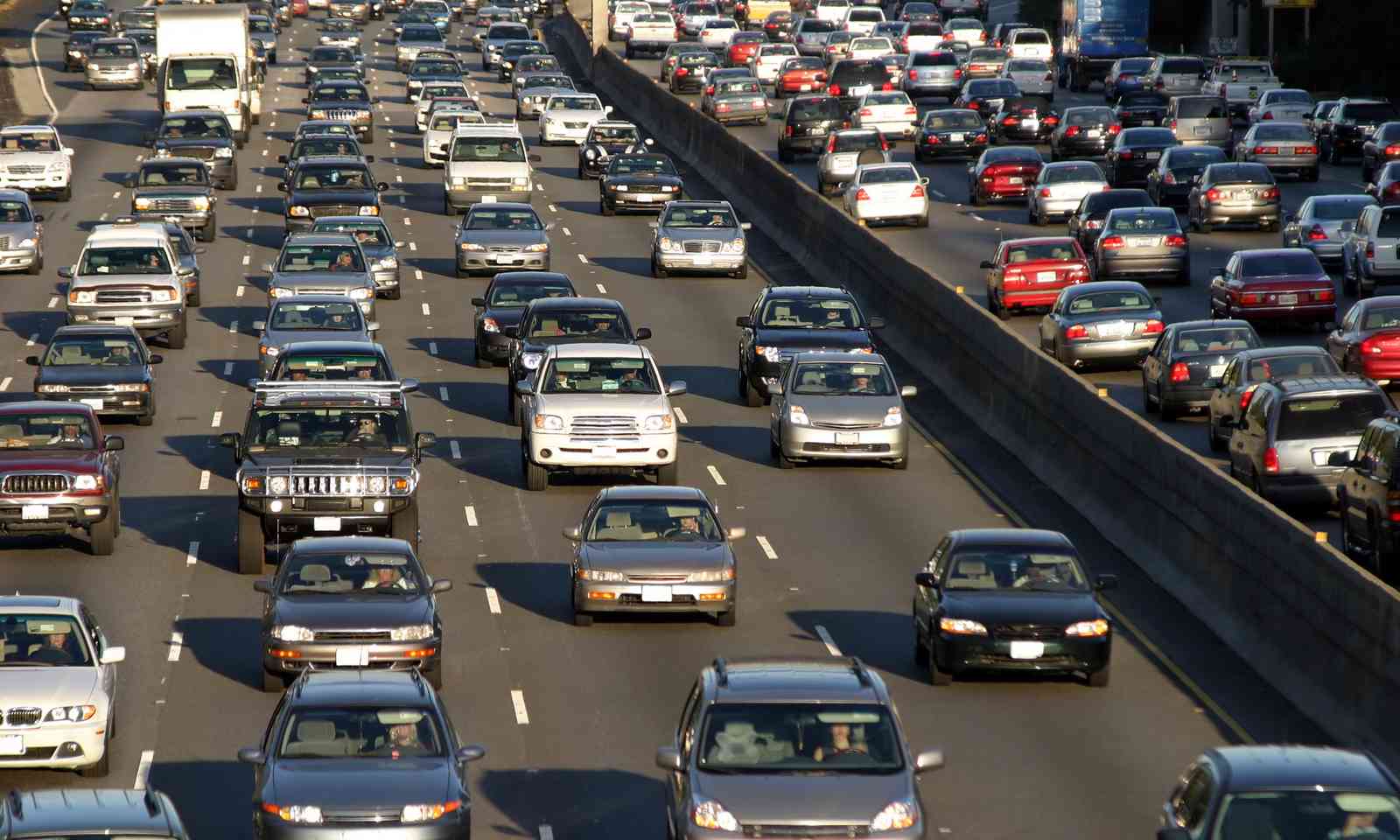 The first challenge is surviving rush hour on the L.A. freeways, but beyond Ventura, where the cut and thrust abates, I throw open the throttle, my Harley roars into life, and I rocket away from the constraints of congestion, blasting off for an adventure on the open road.

Past Morro Bay, the scenery is spectacular. The green-grey Santa Lucia Mountains fall abruptly into an ultramarine ocean. Towering cliffs become the ragged edge of the continent. Great breakers roll in to the shore, smashing into cliffs, throwing up clouds of foaming white spray that shrouds the coastline in a salty haze. The waves’ incessant pounding has punched indents into the cliffs, smashing boulders into pebble beaches. Streams splashing down the mountainside cut gullies between headlands, creating sheltered refuges from the sea breeze where a few hardy plants survive.

Pacific Coast Highway, or PCH as local bikers call it, snakes up this shoreline. It weaves in and out of the bays, swings around headlands, dips down into gullies, and climbs up and over ridges. Sections of this serpentine road are cut into the cliff face, others rest on buttressed embankments high above the waves, and in places it flies across ravines on single-span bridges. 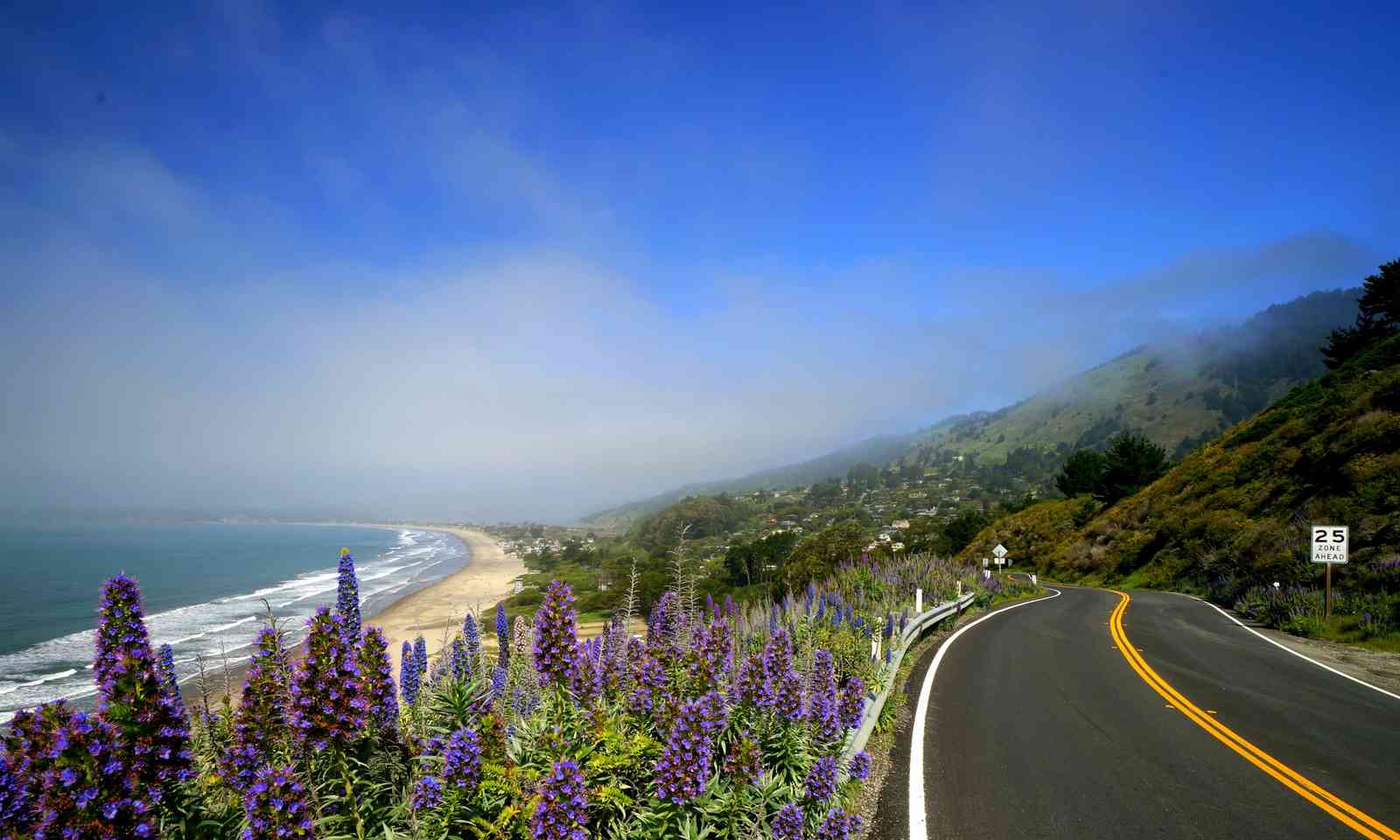 Occasionally it disappears into dark tunnels only to burst back into bright sunlight. This road is a biker’s dream. It is never straight, never level, continuously enthralling, constantly thrilling.

And the thrill seekers are out this sunny morning, taking a wild ride on this rollercoaster of a road. Oncoming bikes flash past, heading south. Cruiser riders wave, tour riders nod. Sports bike riders are too preoccupied for any acknowledgement. Their need for speed keeps them focused on picking the right lines through the curves and concentrating on when to hit the brakes, drop a gear, and wind on the throttle.

I’m inspired to hustle along, too. My Road King is no sports bike, but the handling is predictable and the suspension compliant enough for me to track a true line around turns. There is no power punch at the peak of the motor’s rev band either but, shifting gears, I use the tractor-like torque to throw the bike forward. I‘m catapulted out of corners, careered over crests, and flung past slow-moving cars as though they were parked.

I get into the groove, racing from curve to curve. I scan the twisting tarmac, pick a line, power off, brake, lean, lift, and power on to accelerate out and onto the next bend. The Harley’s exhaust note reverberates against the rock wall, bellowing loudly up the inclines, to burble and pop down the descents.

I dab the brakes, sometimes desperately, to arrest the heavy bike’s downhill runaway, slowing speed around tight hairpins only to twist on the power to shoot down the straights. Full-on and totally focused, I become one with the machine, engrossed in a contest between road and rider, and revelling in the exhilarating ride.

By the time I slow into San Simeon, the Harley’s brakes are fading, the clutch is running hot, and metal has been ground off the footboards. My wrists are tired, my head is buzzing, but I have a smile from ear to ear.

I pull to a stop at a roadside coffee stand and stagger off the bike, my stiff knees adjusting to walking, and spinning senses slowing to a stationary world. I pull off my helmet, peel off jacket and gloves, and buy a bottle of cold water before collapsing into a plastic chair under a palm tree.

Jim and Peter speed into the parking bay, skidding to a stop on the loose surface, kicking up clouds of dust. They dismount, stretch, strip off, and saunter over to join me in the shade. We gulp down water while reliving the ride. Superlatives abound in a stream of excited babbling. Pacific Coast Highway has more than lived up to its reputation as one of the best bike roads in America, and our search for the Real America is off to a sizzling start.

Stephen W. Starling is an author, photographer and motorcycle enthusiast. You can find more information about his epic ride across America and his book, Three Harleys, Three Aussies, One American Dream on his website, StephenWStarling.com