The ultimate Wanderlust guide to the Scottish Highlands

Explore the lochs, Munros and monsters of the Scottish Highlands, your ‘Top UK Destination’ in the Wanderlust Reader Travel Awards 2020...

Anyone who has paid even a short visit will hardly be surprised that the Scottish Highlands topped the ‘UK Destination’ category at this year’s Wanderlust Reader Travel Awards.

This is a land of startling, almost otherworldly beauty after all, ranging from sea lochs every bit as dramatic as the Norwegian fjords to sweeps of white sand that are almost Caribbean in appearance.

Here's your ultimate travel guide to the stunning Scottish region - including the best things to see and do, when to visit, and how to get around...

Why visit the Scottish Highlands? 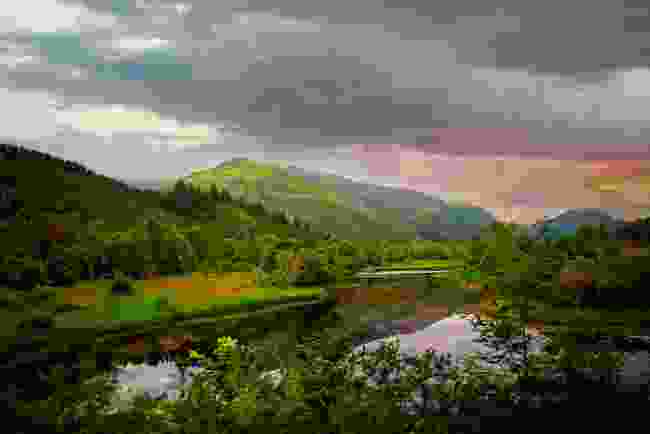 A stunning view of Glen Coe, in the Scottish Highlands (Dreamstime)

Alongside the natural drama, this is also an ancient landscape – Lewisian gneiss and Torridonian sandstone are some of the oldest rocks in the world – and with age come intoxicating stories. History in the Highlands is very much of the living, palpably raw variety.

This is not just wilderness, but rather a region shorn of its people in the notorious Highland Clearances of the 18th and 19th centuries. The sense of tragedy, of a land lost, of bonnie princes and hopeless causes imbues the hills with a unique sense of place and identity that goes much deeper than kilts and bagpipes.

When's the best time to visit the Scottish Highlands? 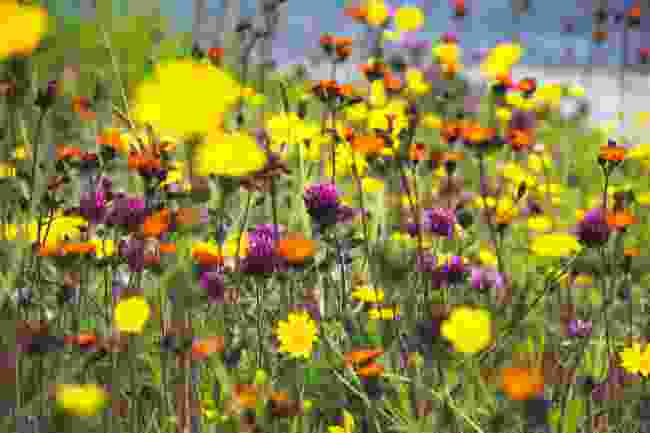 Any time of year is a good time to visit, as each season brings its own joys, from watching the Highland Games in summer, to steaming the rails as autumn colours the land.

But if you’re ready to go now, springtime is ideal for hunting for machair wildflowers up in the Inner Hebrides (its northern isles fall under the Highland Council), while you could be among the first to tackle the new trails that are breathing fresh life into the glens and lochs.

How to get around the Scottish Highlands 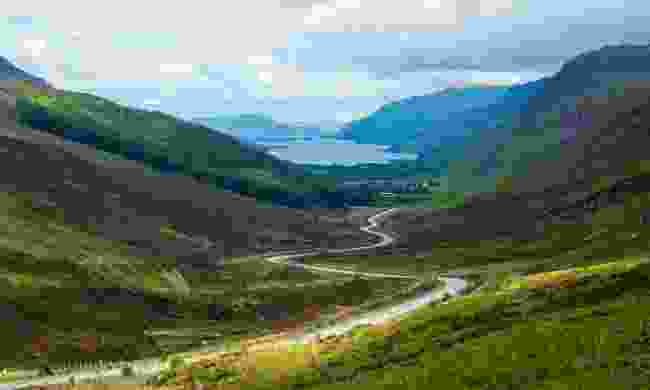 Getting around this vast wildscape has never been easier. The North Coast 500 road trip, created in 2015, has opened up the Highlands to a new breed of visitor, with their motorbikes, campervans and convertible cars.

Investment is piling in along the route and elsewhere, as local businesses realise the benefits of extending the season, while getting there has also improved.

The refurbished Caledonian Sleeper is set to relaunch its Highlander service by the end of May, linking Highland capital Inverness with London in style.

How many days should you spend in the Scottish Highlands? 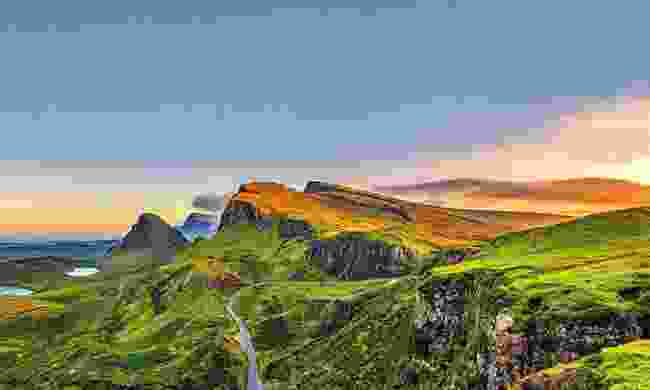 You could spend weeks and weeks exploring the Scottish Highlands. If you're willing to pack in your activities quite tightly, you could probably spend 2 or 3 days exploring the area. See the suggested short break itinerary below.

However, if you want to experience more or take the Highlands at a more leisurely pace, you'll want to plan to stay for at least a week.

Day 1 in the Scottish Highlands: Trains, castles and the Loch Ness monster... 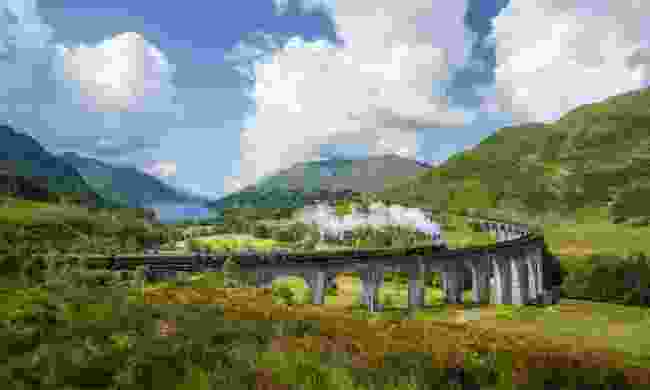 The 21-arch railway at Glenfinnan (Shutterstock)

Drive west from Inverness along the banks of Scotland’s most famous loch. The 58km South Loch Ness Trail from Torbruck to Fort Augustus opened here last year if you want to test your legs. Or just marvel that Loch Ness holds more water than all the lakes in England and Wales combined as you survey it from the ramparts of Urquhart Castle.

Cut north into proper wilderness, where there’s more deer than locals and where a 21-arch railway viaduct vaults across the hills at Glenfinnan. This glen is one of the Highlands’ most scenic, and the site where ‘Bonnie Prince Charlie’ raised his standard in 1745 en route to almost taking the British throne. The Glenfinnan NTS museum sets the scene.

A visit is richer if you include one of the Highland islands. Take the ferry ‘Over the Sea to Skye’, as the song goes, from Mallaig and push on across the largest of the Inner Hebrides, under the shadow of the epic Cuillin mountains, in search of the island capital of Portree. Cosy hostelries await, alive with the ghosts of national bard Robert Burns and a healthy stock of whisky.

Day 2 in the Scottish Highlands: Exploring the North Coast 500... 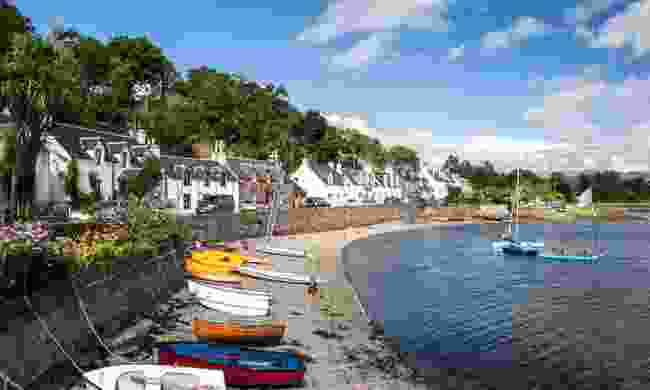 The pretty village of Plockton (Shutterstock)

More world-class driving awaits as you return to the mainland, pausing in arguably the prettiest Highland village, Plockton. Break east along Loch Carron, stopping for photos at the viewpoint before joining the North Coast 500 and Scotland’s most notorious road.

The Bealach na Ba sweeps from sea level up a series of switchbacks to a height of 626m. Be sure to walk away from the viewpoint to feel the solitude and watch the Hebrides unfold in front of you, then ease closer to the Atlantic for a seafood lunch in the remote Applecross Inn.

Next, snake around the coast as far as Loch Torridon, where the 1,000m-high rock sentinels of the Torridon Mountains hang heavy over the sparse imprint of man. There is little here bar the grand Torridon Hotel, its cosy inn and a small hostel, but the sight will linger long within you.

What else is there to do in the Scottish Highlands? 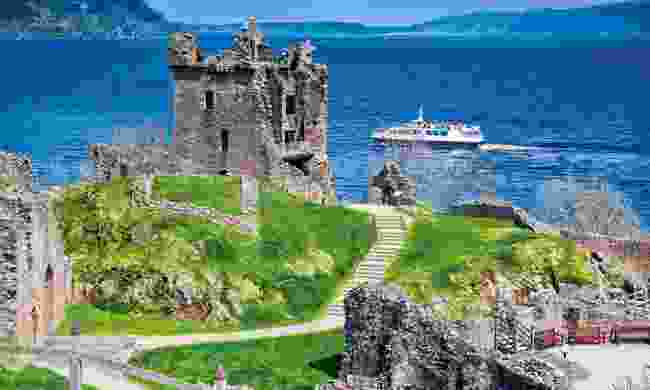 Cruise Loch Ness: Track ‘Nessie’ down with Jacobite, who operate a fleet of cruise boats across the expanse of 37km-long Loch Ness (pictured). Scan the waters or enjoy a dram in style as the geological fault line of the Great Glen unfurls all around.

Ride the rails: The Jacobite steam train between Mallaig and Fort William is one of the most spectacular train trips you will ever experience, as you ride the ‘Iron Road to the Isles’. The return trip eats up a lot of time, though, so you may want to bus/taxi one way.

Scale the mountains: Walking in the Scottish mountains is a serious business. The well equipped and fit can enjoy a taster on Beinn Eighe National Nature Reserve’s 6.5km Mountain Trail without having to be exposed on a Highland peak. There is a gentler option, too, that sticks to the lower slopes. Print a guide instead of relying on there being one for free in the car park. 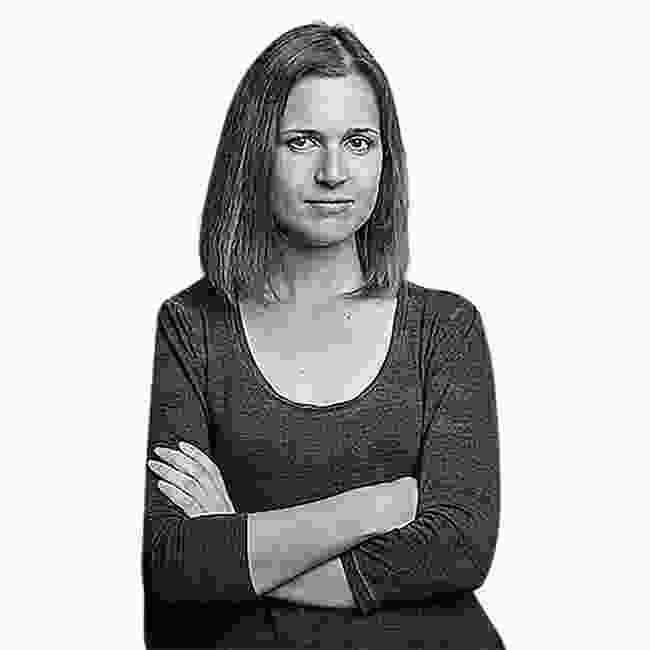 “When visiting the Highlands, remember to pack your walking boots. Don’t be afraid to get off the beaten track and take your time to enjoy the scenery around you while scanning for Highland cows, red deer and golden eagles.” 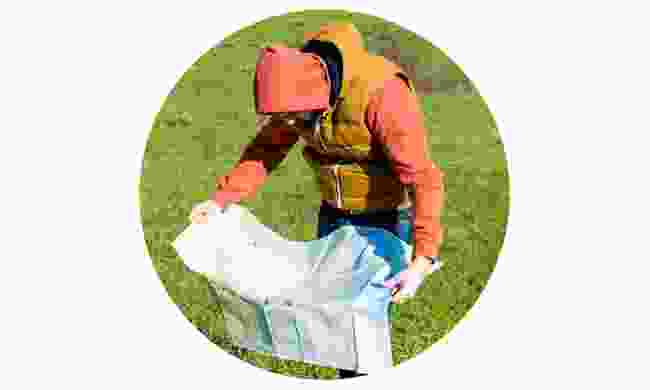 “Don’t count on getting a mobile signal or data in the Highlands. Make sure to download maps in advance and always have a Plan B for when your tech fails. Old-fashioned driving and OS maps come into their own in the wild.”

Where to go beyond the Scottish Highlands... 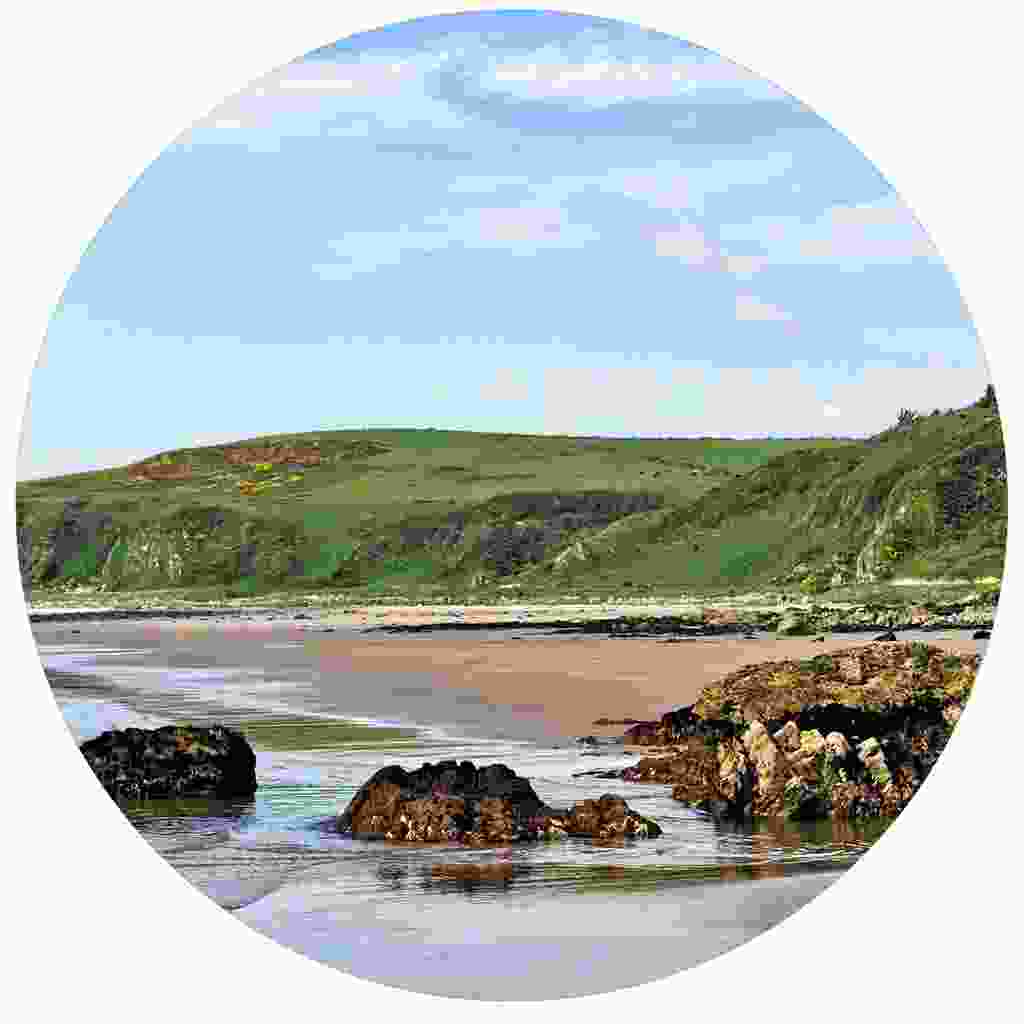 Scotland’s most southerly region is also its balmiest, with wild beaches sprinkled along the Solway Firth. The new South West Coastal 300 is a handy driving route to hang a trip around, taking in ruined abbeys and epic views en route. The new Moat Brae storytelling centre opens this spring in its biggest town, Dumfries. 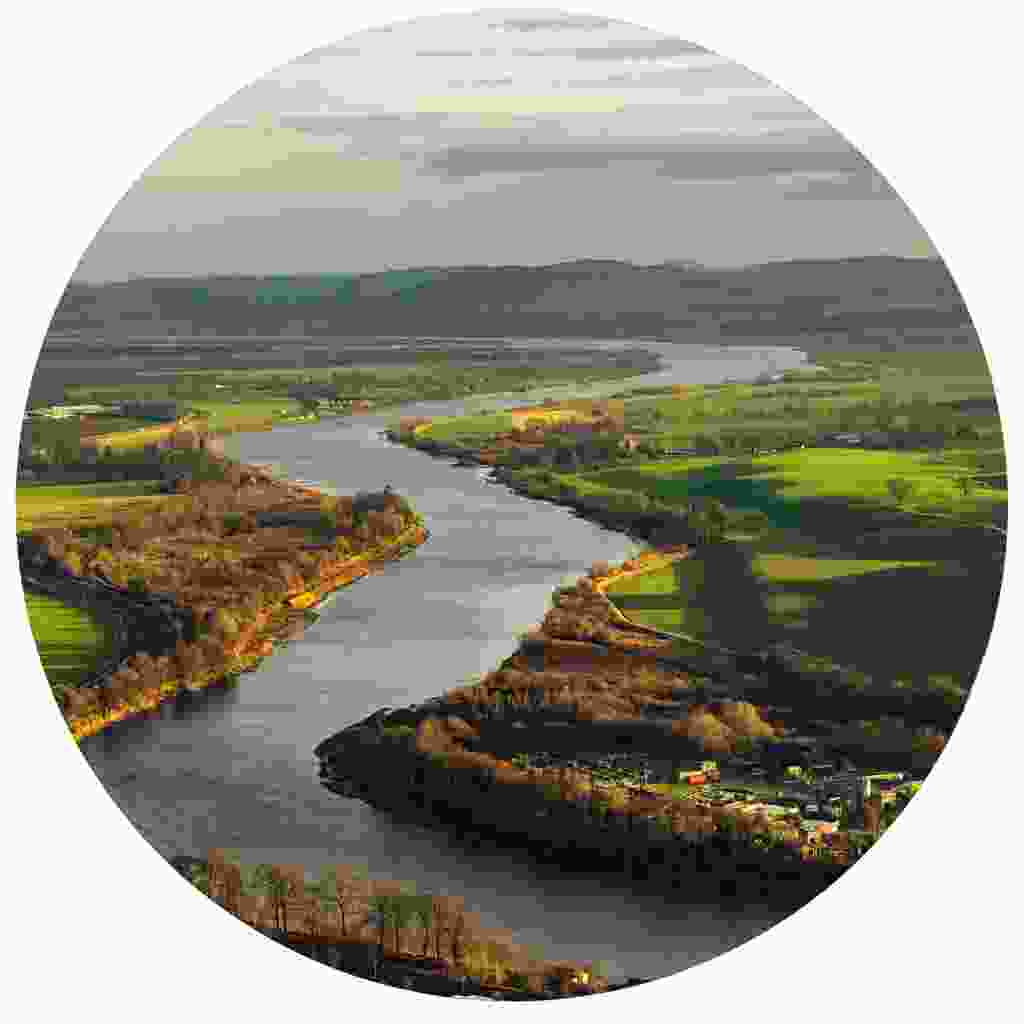 Take in majestic mountains, tumbling glens and – in the Tay – Scotland’s longest river. Perthshire has many of the attractions of the Highlands, but on a more manageable scale. It’s an adventure hub, too, as thrillseekers gear up for whitewater rafting or canoe world-class rapids. 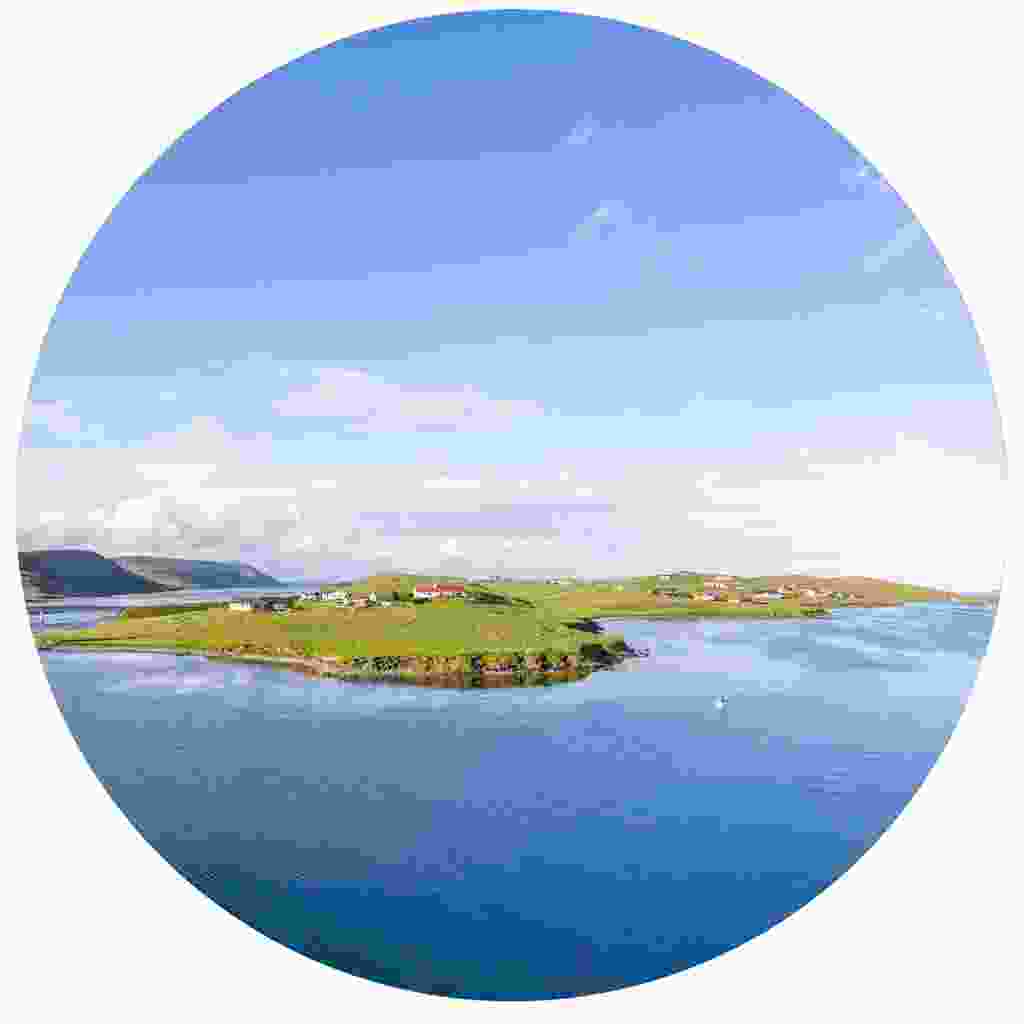 Closer in distance to Bergen, Norway, than Aberdeen, this 100-island archipelago has brooding voes (rather than lochs), vast seabird cliffs and incredible beaches. Fans of the TV series Shetland (series five is on BBC iPlayer) will need no introduction, but the reality is even more enchanting.

Where to spot the elusive golden eagle

Wide-eyed in the wild isles: Exploring the Inner Hebrides

13 of the best hikes in Scotland