A travel guide to Rutland, England

Walking into Oakham’s old town centre, a blue plaque on a stone cottage caught my eye. It commemorated former resident Jeffrey Hudson (1619-1682), the ‘smallest man from the smallest county in England’. Hudson, I later leaned, was a metre-high court dwarf, decreed a ‘wonder of the age’ for his well-proportioned tiny size. So a bit like Rutland itself.

Rutland is the country’s smallest historic county by some margin and, hovering in the landlocked midlands, one many outsiders struggle to place on map. But it’s a perfectly formed package of rural England and crams a fair amount into its limited borders, from Cotswold-like villages to one of the largest man-made reservoirs in Europe. As its motto declares: Multum in Parvo – much in little.

It hasn’t long been this way. Although the county’s heritage stretches back centuries, it was incorporated into Leicestershire in the 1970s and only regained its unitary status in 1997 – so in 2022, Rutland marks the 25th anniversary of its modern-age independence.

“It’s nice to be independent,” baker Richard Baines told me as I ate a slice of traditional Battenberg outside his Uppingham store. “Control – you have control. And it’s unique isn’t it?”

Indeed, there is a uniqueness and quirk to this county. I drank honey-laced beer at the Grainstore tap room, a rare example of a traditional gravity-fed brewery. At Stoke Dry church I saw murals with a Native American-style headdress that, some believe, provide evidence of North America being discovered long before Columbus. I ate at the wonderful King’s Arms in Wing, where smoked Rutland Water trout and culled grey squirrel is often on the menu. I cycled around the Hambleton peninsula, which used to be a ridge amid fields but is now a headland poking into the reservoir. And at Oakham Castle I wondered why it’s been a thing, since at least 1470, for visiting nobles to gift enormous decorative horseshoes - a practice that happens nowhere else.

No, Rutland is distinctly itself, and all the better for it. And its compact size makes it ideal for discovering over a weekend.

Read next An insider guide to wild Northumberland 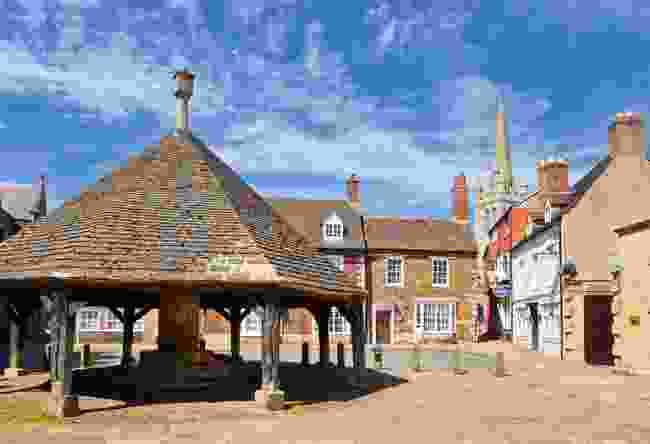 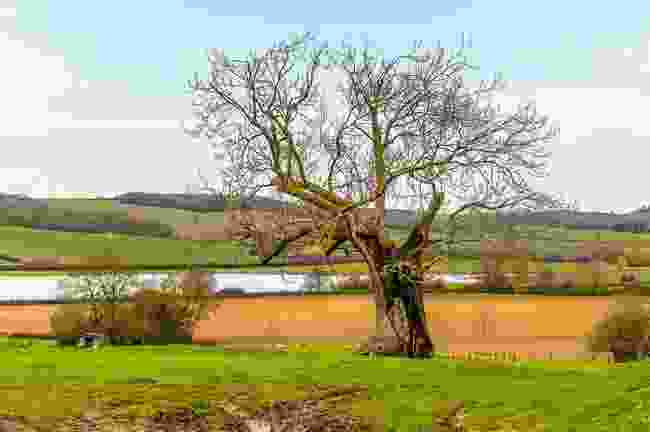 How to spend 48 hours in Rutland

Make today a tale of two towns. Oakham, Rutland’s capital, is a pottering sort of place: wander between the market square (markets every Weds and Sat), Norman-era Oakham Castle (free), the County Museum (free) the high street and side alleys. Get refreshments at Scandi-inspired Fika, Otters or pick up a Rutland pippin – Lincolnshire pork, Stilton and apple sauce in an apple-shaped pastry case – from Hambleton Bakery.

Then hop on a bus or drive to Uppingham (top left) a small, handsome market town, dominated by Uppingham School. Follow the Heritage Trail and grab a drink on the main square at Don Paddy’s (donpaddys.co.uk) and a slice of Battenberg at Baines Bakery. Then consider a walk further afield: try a 10-12km loop south, via the church at Stoke Dry, Eyebrook Reservoir and the chocolate-box village of Lyddington.

There’s no ignoring Rutland Water. This reservoir was created in 1975 following the flooding of the Gwash Valley (and two ancient hamlets with it) and is now the county’s inland sea – an outdoor playground and wildlife refuge.

A 27km almost-traffic-free cycle trail encircles the Water, or 37km including the optional circuit of hilly Hambleton Peninsula (recommended). Hire a bike or ebike at Whitwell, on the north shore (from £25) and spend a day riding around; pedal anti-clockwise to get the harder bits done first. Stop at The Anglian Water Bird Watching Centre at Egleton, where hides overlook the lagoons. Stop for lunch in Manton, either at the Horse & Jockey Inn or lovely Wellies cafe at the Garden Nursery. Pause at LRWT’s Lyndon Visitor Centre, the place to see ospreys in summer, and continue via Edith Weston village, ‘floating’ Normanton church, the dam and the swimming beach to return to Whitwell.

End the day back in Oakham, with dinner at the Admiral Hornblower. 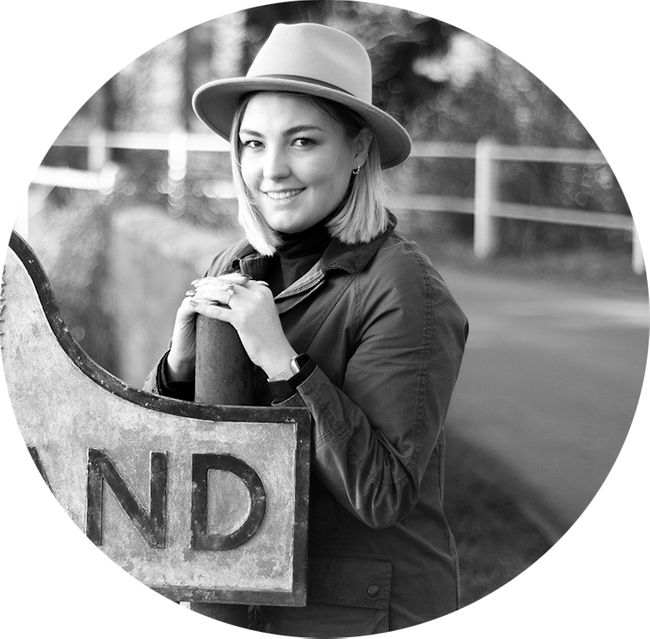 “Explore Rutland on foot. Start at Uppingham’s historic Market Place (where there’s a market every Friday, as there has been for centuries) and grab a snack from Uppingham Fine Food, my favourite independent shop. Stroll down the High Street and walk along a path called The Inhams to beautiful Bisbrooke – home to Wilma the village pig, an artisan bakery, a secret garden and a stunning church – before looping back to Uppingham.” 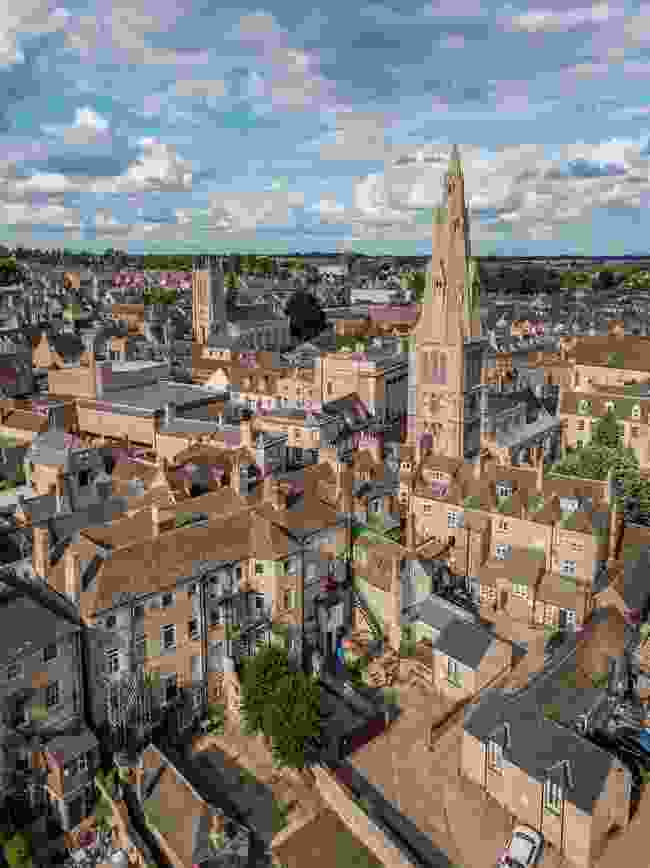 Stamford from above (Shutterstock) 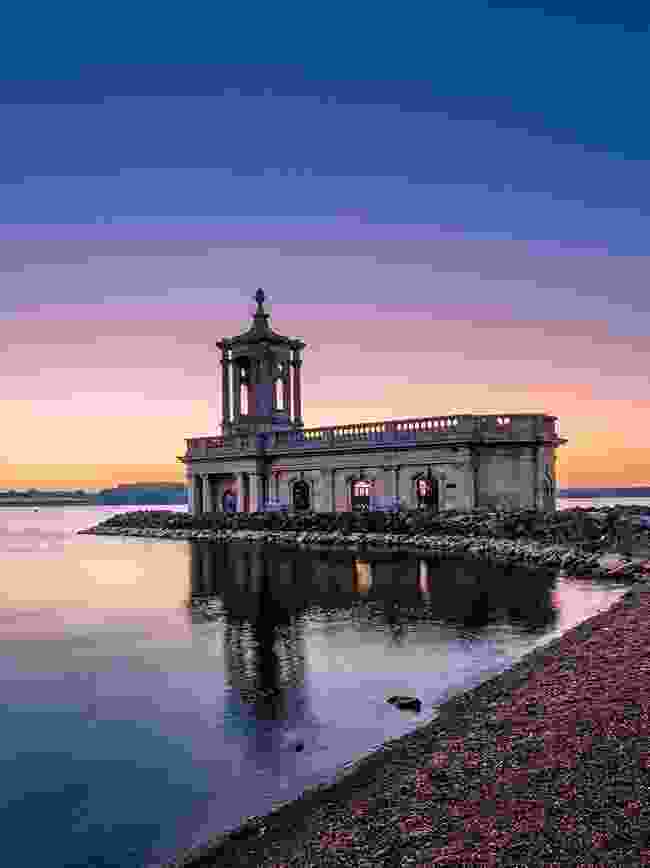 Top things to do in Rutland

Eat your way around the Rutland Food & Drink Trail. This driving or cycling route visits a range of producers across the ‘County of Good Taste’, from brewers and gin distillers to coffee grinders and bread bakers. discover-rutland.co.uk

The 100km Rutland Round roughly traces the perimeter, leading via attractive villages, award-winning pubs and quiet countryside, with detours to Oakham and Rutland Water. There’s no need to do it all at once: the official guidebook (£6.75; cordee.co.uk) breaks it into five sections. Also, the Rutland Local History & Record Society website has an interesting selection of village walks. rutlandhistory.org

Inhale the floral delights at Barnsdale Gardens. Open year-round, Barnsdale is a collection of 38 themed and individually-designed garden ‘rooms’, fun to explore even if you’re not especially green-fingered. There’s an excellent tea room too. From £8.50pp; barnsdalegardens.co.uk

This stone-built Georgian town is a smidgen over the county line in Lincolnshire but a worthy add on (and is connected to Rutland by bus). Its narrow lanes are lined with independent shops and cafes. Burghley House, one of the England’s grandest Elizabethan houses, is nearby. £20pp; burghley.co.uk 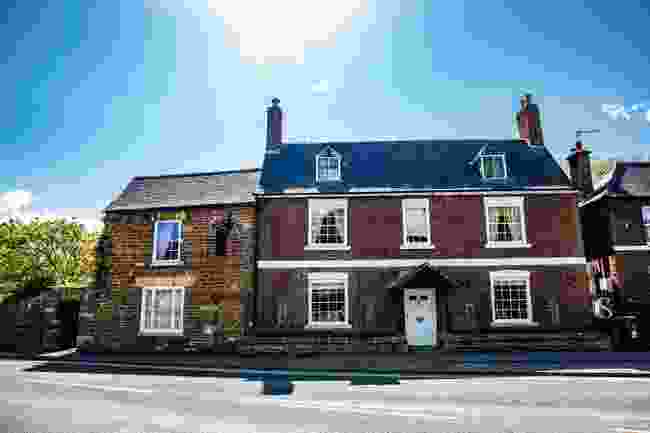 Where to stay in Rutland

The Wisteria Hotel is in the heart of Oakham, with good food and comfortable rooms; B&B doubles from £90pn.

The Falcon Hotel is a 16th-century coaching inn on Uppingham’s market square, with a quality restaurant, pretty garden and cosy lounge; B&B doubles from £115pn.

How to get to Rutland

Rutland sits in the centre of England, so isn’t a long drive from anywhere (around 2.5hrs from both London and Manchester). Oakham, on the Birmingham-Stansted Cross Country Line, is the county’s only train station. Bus routes within Rutland are limited (especially at weekends) but connect some towns and villages, including Oakham and Uppingham. The Rutland Belle plies the eastern end of Rutland Water, April-October. See discover-rutland.co.uk.

Guide to the Peak District