12 of the world's ruins that have been reclaimed by nature

When buildings, towns and cities are left behind, nature invades and fills the void. As a result, there are plenty of deserted places taken over by sand, green vines and wild animals... 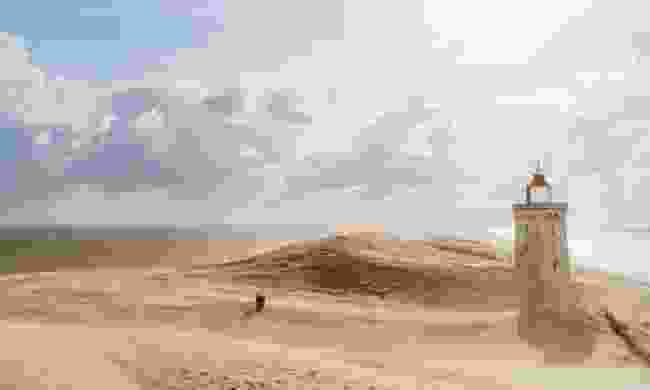 Since it was built in 1900, the coast around the Rubjerg Knude lighthouse in Denmark’s northern Jutland has been eroded at a rate of five feet per year.

The lighthouse was abandoned in 2002 and since then the shifting sands have slowly overtaken it. It is expected to fall into the sea within the next year or so. 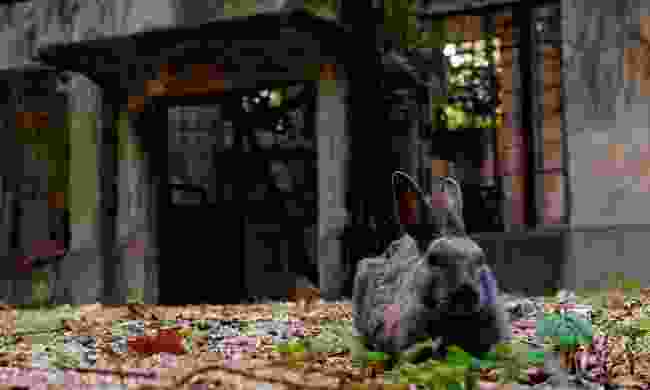 Okunoshima is a tiny island in the Hiroshima prefecture that was was home to a major chemical weapons manufacturing plant during World War II.

When the war ended it was abandoned, with the rabbits that were used for testing there set free. Today they roam the island in great numbers, with many using the abandoned factory as shelter. 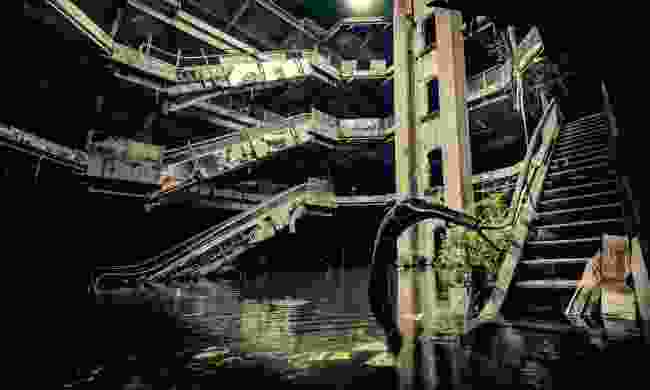 Closed in 1997, and gutted by fire two years later, the lower floors of the New World Shopping Mall in Bangkok’s Bang Lam Pu district quickly filled with water after it was abandoned.

Mosquitoes thrived in the stagnant waters and locals introduced talapia fish to combat the problem. The fish thrived and the mall is now a giant urban pond. Shops nearby sell food for people to feed them. 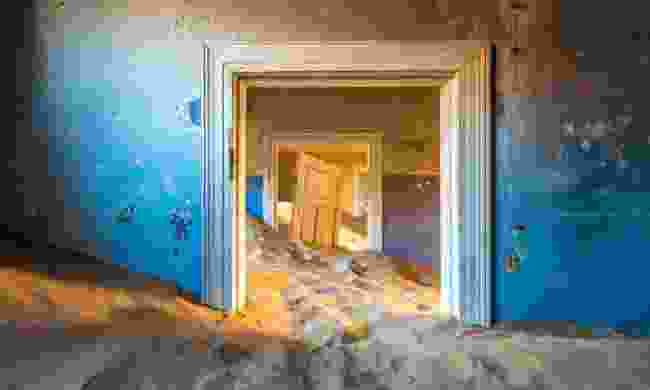 Abandoned building in Kolmanskop being taken over by encroaching sand (Shutterstock)

Kolmanskop was once a thriving mining town on the edge of the Namib Desert. Its prosperity was built on diamonds and once the diamonds were gone, the town was finished too.

Today the town is being slowly reclaimed by desert sands, seeping in through doors and windows, slowly consuming the perfectly preserved buildings. 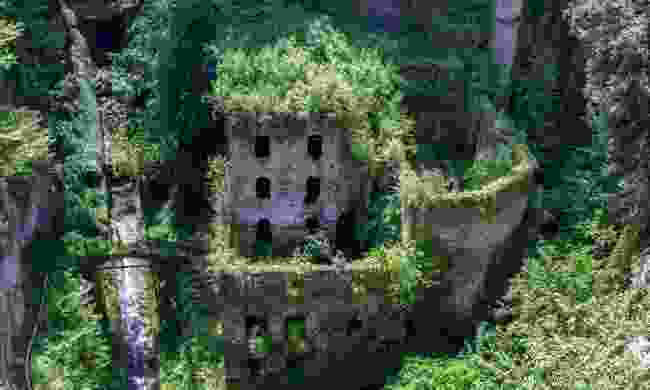 Once the beating heart of the local pasta making industry, the old stone buildings of Valle dei Mulin, the Valley of Mills, have been completely taken over by thick vegetation.

Functioning since the beginning of the 900s and abandoned around 1866, the valley is a popular tourist attraction in Sorrento. 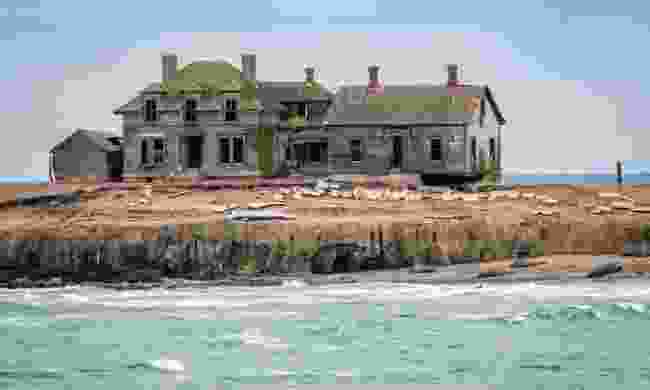 A small, nine acre island between San Francisco and Santa Cruz, Año Nuevo once housed an important Fog Horn station that warned ships of the treacherous coast ahead.

By 1890, new advances in technology meant it was no longer needed and the station was abandoned.

Today, the island is an important breeding ground for northern elephant seal, the endangered Steller’s sea lion and hundreds of thousands of seabirds. 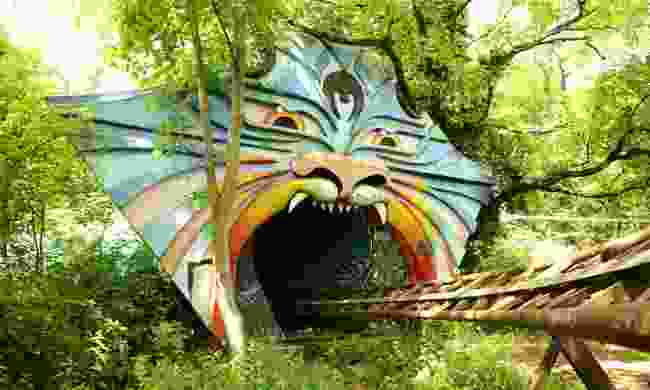 An old roller coaster in the abandoned Spreepark in East Berlin, Germany (Shutterstock)

After the fall of the Berlin Wall, the simple pleasures of Spreepark amusement park in East Berlin lost their appeal, with the locals drawn to the more modern thrills of the West.

In 2002, the owner, Norbert Witte, gave up. He packed up his family and his six best rides (Fliegender Teppich, Butterfly, Spider, Baby-Flug, Wild River, and Jet Star) and moved to Peru.

Today, the park is encased with lush greenery, and moss covers a few of the remaining rides. Its large dinosaur statues still remain, too, frozen in time. 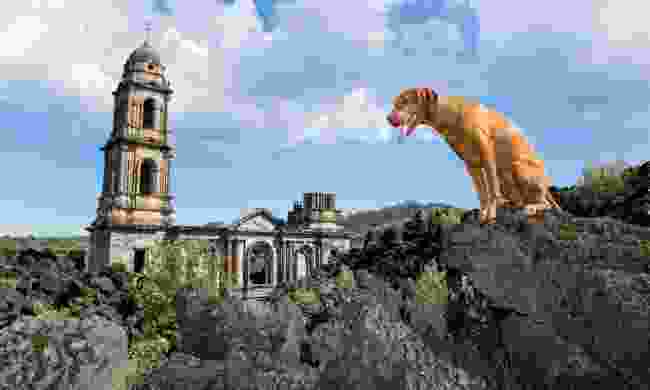 The pretty colonial town of San Juan Parangaricutiro in the Mexican state of Michoacán had been happily going about its business for centuries when a volcano suddenly began to form in a cornfield outside of town.

In 1943, it erupted and destroyed the town in lava and ash. Miraculously, the a small church survived, and can be seen rising triumphantly from the solidified lava that surrounds it. 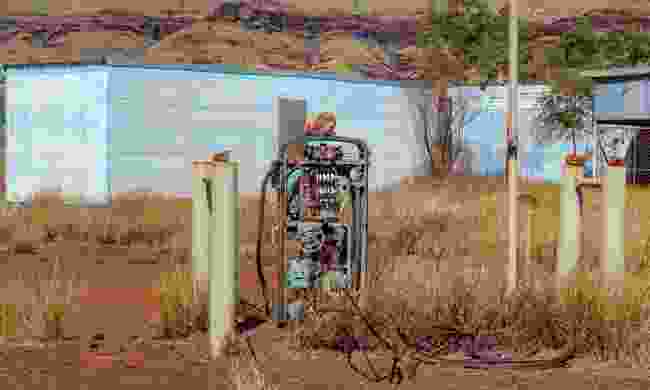 Another booming mining town, lost to nature, the Western Australian town of Wittenoom was closed by the Australian government when high levels of deadly asbestos dust were found in the atmosphere.

The dust came from the nearby blue asbestos mine. Even after it was closed in 1966, the town remained abandoned, apart from three residents who stayed on, despite government protestations. 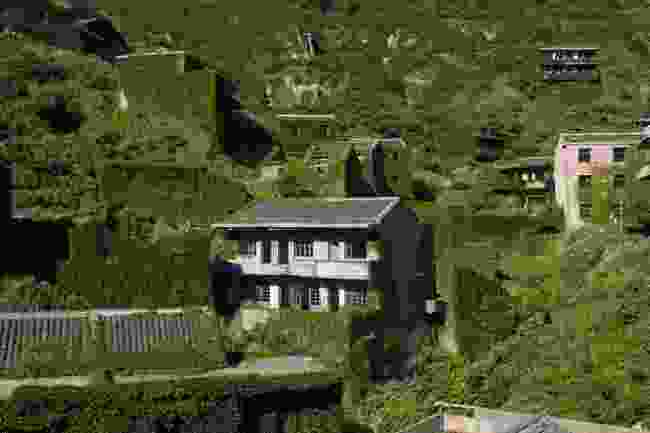 The deserted fishing village taken over by nature, 40 miles from Shanghai (Shutterstock)

In the early 1990s, the residents of Shengshan Island's fishing village Houtouwan upped sticks and deserted it, due to problems with education and food services. It's approximated that around 2,000 people left their homes.

In 2019, it's hard to believe just how much of a hold that greenery has over the remaining structures - given that the island is east of bustling Shanghai, by just 40 miles. Nearly every building is completely covered, roof-to-ground. Naturally, it's very popular with visitors. 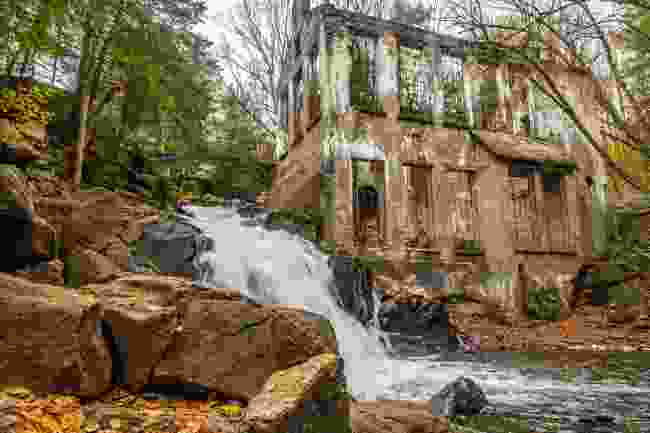 Deep in Quebec's Gatineau Park lies the remains of Canadian electric arc lamp inventor Thomas 'Carbide' Willson's summer home-turned-chemical laboratory. He bought the property in 1907, though never did finish the build. He passed away in 1915.

Now, the hollow structure of the building is all that remains, and over time the would-be windows have become entangled with the park's winding tree branches. There's also a waterfall running right by the house - an additional invasion of the ruins. 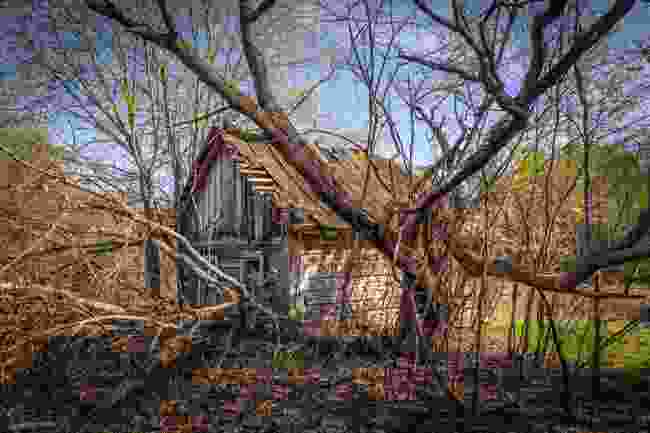 The Chernobyl Exclusion Zone has never been of higher interest to visitors, thanks to the searing portrayal of the nuclear explosion and its grim aftermath in the HBO miniseries Chernobyl.

On the Ukrainian side, the lost world of Pripyat has long featured on our lists of abandoned places. Now, we turn our attention to the Belarusian exclusion zone, which opened up to the public for the first time in April 2019.

Wildlife thrives here, particularly wolves, lynxes, even brown bears, and even a reported 200+ species of bird. The streets and buildings are also surrounded by overgrowth.

15 forgotten Lost Worlds - and how best to explore them

12 abandoned places worth seeking out