Going Rogue: how to travel to the film locations of the new Star Wars film ‘Rogue One’

As the epic new Star Wars film Rogue One arrives, we look at the exotic international filming locations, including otherworldy deserts and glaciers, the “Mecca of the Jedi world”, a London underground station and paradise islands (without the stormtroopers) – and how you can visit them 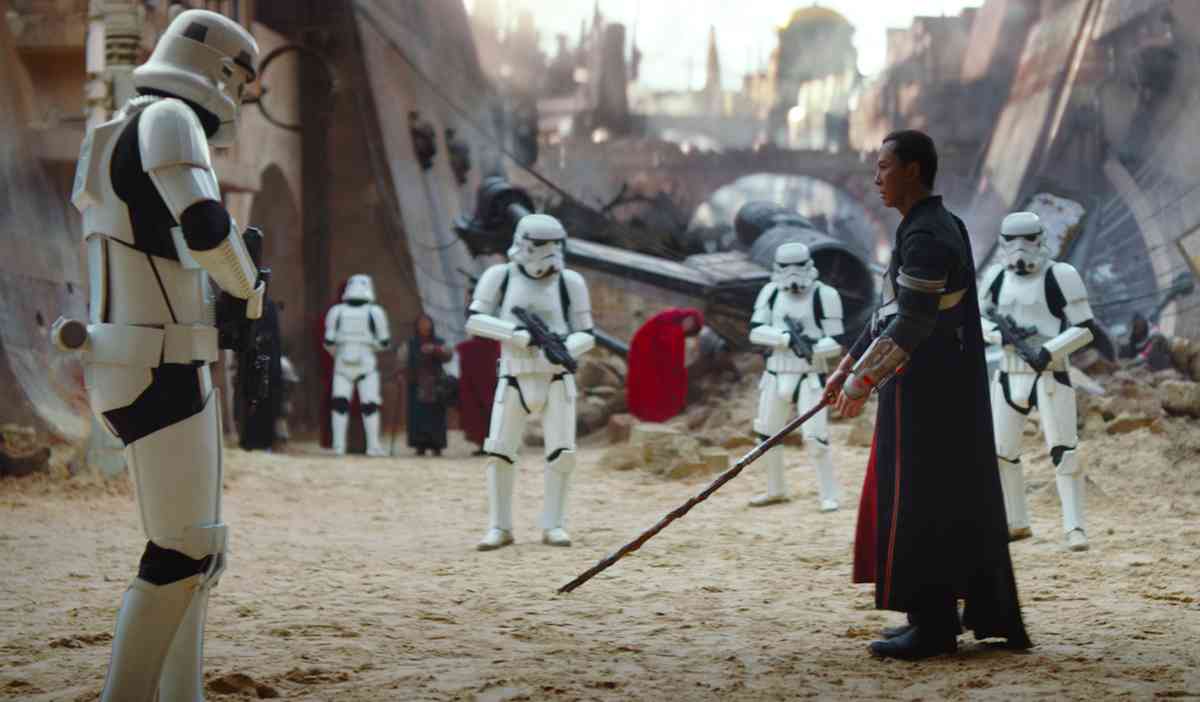 Jordan takes a central role not only in Rogue One but in the Star Wars universe, doubling in the new film as a small desert moon called Jedha, a key spiritual and religious centre for the Jedi.

Described by the film’s director Gareth Edwards as “a Mecca or Jerusalem” within the Star Wars world, Jedha’s a “place where people go on pilgrimages. It’s like a spiritual home of the Jedi.”

Located in the Star Wars galaxy’s Inner Rim, Jedha's also the home of some of the film’s key characters, including blind Jedi warrior Chirrut Imwe (played by Donnie Yen). It's been occupied by Galactic Empire forces. Without wanting to give away any spoilers, it’s fair to say it's also a location of military significance in the battle between the Dark Side and the Light. 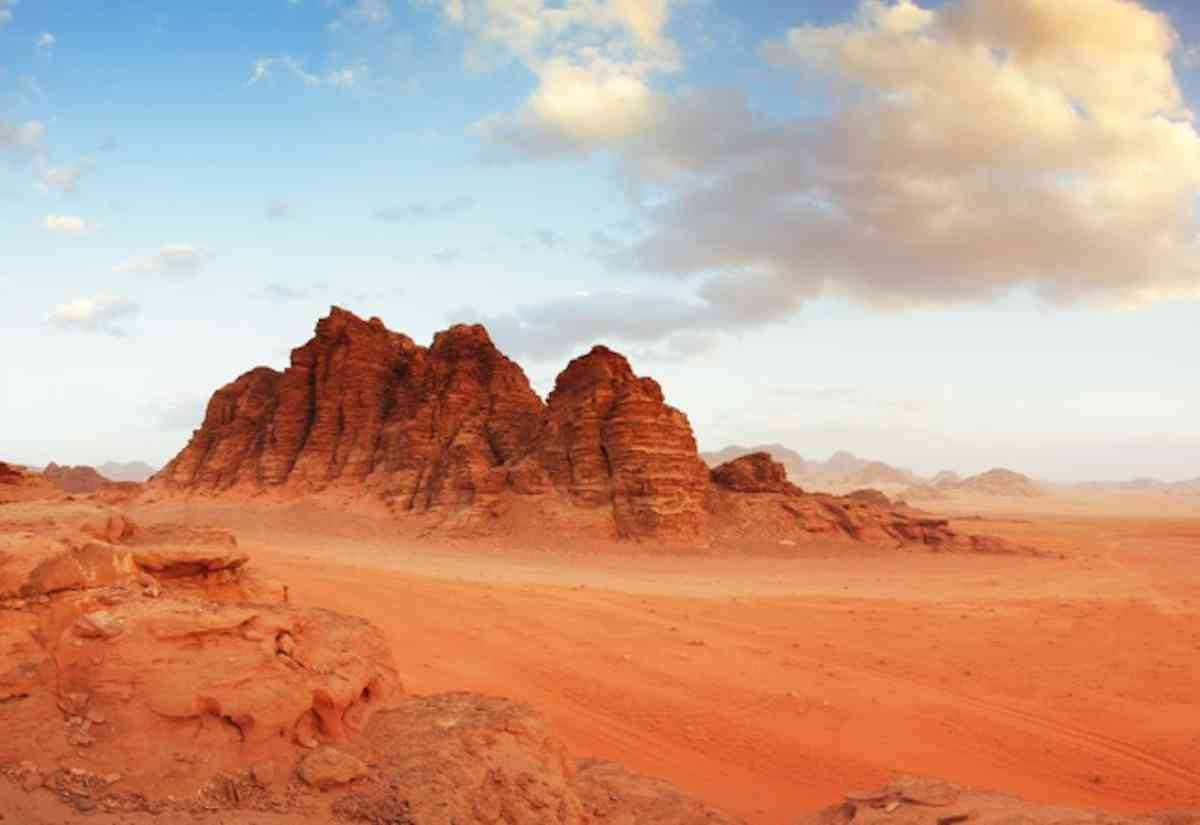 From the look of the trailer, Jedha’s a place with giant red rock statues and ancient desert constructions, which makes Jordan a perfect fit.

Petra, in southwest Jordan, is the country’s most famous and most visited archaeological site, also known as the 'Rose City' because of the hue of the pinkish sandstone it’s carved from. The city, accessed via a narrow canyon, dates from around 300BC and boasts an ahead-of-it’s-time water management system, as well as impressive rock-hewn architecture. There’s fresh excitement around Petra right now too with the recent discovery of new sites within the ancient Nabatean city.

East of Amman, it’s possible to complete a loop of the ‘desert castles’, originally part of a chain stretching from north of Damascas down towards Jericho, the area also containing forts, towers, caravan inns and palaces.

For spectacular desert and Rogue One scene-spotting, though, head to Wadi Rum, also known as the Valley of the Moon, which is cut into the granite and sandstone of southern Jordan. Wadi Rum is a star of the Silver Screen already – the desert landscapes’appearance in Lawrence of Arabia helped put Jordan on the tourist map. Most Jordan tours go there, with trekking, biking, horse-riding and 4X4 drives all exhilarating ways to explore.

Al Disa, also used in the film, is the desert next to Wadi Rum, with a village called Al Disa sometimes used as a base for tours. Jeep rides are one of the most fun ways to explore, the drive giving travellers a chance to see inscriptions carved by the ancient Nabateans and incredible arches formed by nature over the ages. This is also a good area to watch sunsets lighting up the colours of the desert – your guides are likely to know the best vantage spots.

2017 will also see the linking up of existing hiking routes across the northwest of the country to form the Jordan Trail. The new 600km trekking route would take around 36 days to hike in its entirety, but can easily be broken up into shorter sections. The most immediately popular section is likely to be the 111km Petra-to-Wadi Rum trail, a week-long hike from the 2,000-year-old ancient city out into Jordan’s ‘red planet’ landscapes.

The force is strong with Jordan for next year (which is why it’s featured in our Travel Hot List 2017).

Book Now: Check out these great Jordan holidays, including:

Petra and Wadi Rum By Bike 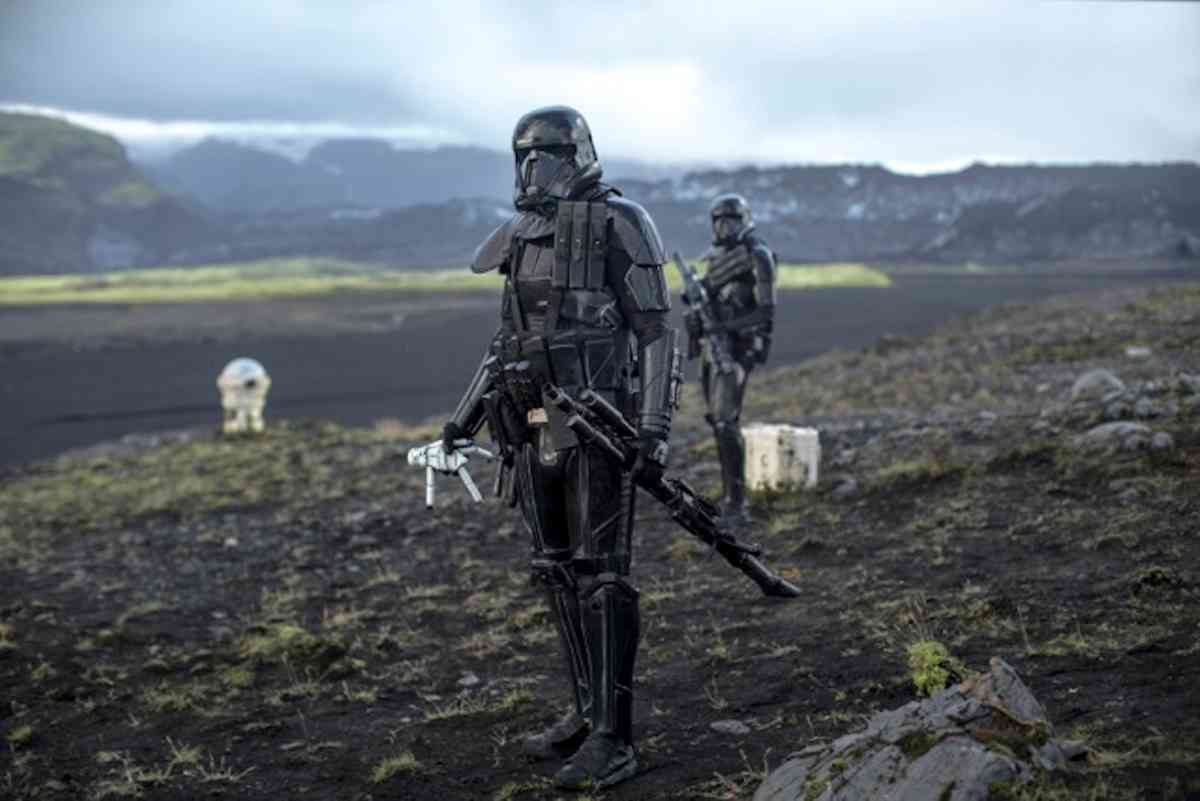 According to reports, filming for Rogue One took place at Iceland’s striking 1,666 metre Eyjafjallajökull glacier and volcano in the south of the island, the same volcano that caused international (rather than intergalactic) mayhem in 2010 when it erupted, the smoke cloud disrupting flights across planet Earth.

Film crews were also seen working on the vast Mýrdalssandur black lava sand flats, shooting by mountains Hjörleifshöfði and Hafursey, east of the village of Vík.

Iceland stands in for the planet of Eadu, which looks to be the location of a flashback scene where Mads Mikkelsen’s character Galen Erso, father of Jyn Erso (played by Felicity Jones), is taken by Imperial forces, led by Ben Mendelsohn’s Director Orson Krennic. The filmmakers seem to have captured the country in moody, foreboding mode. 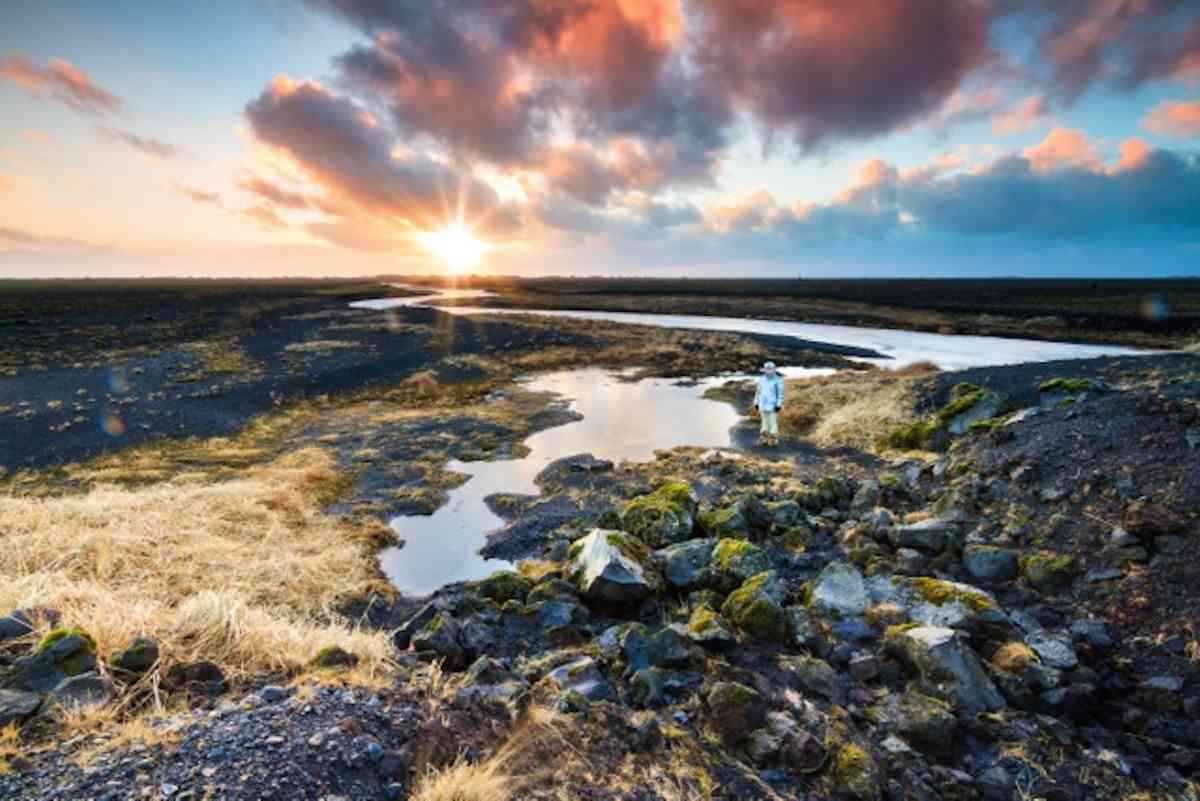 The big reason to visit Iceland during the Arctic Winter (Oct-Mar) is for the Northern Lights, while in summer you can explore anytime, from morning to night, under the never-setting Midnight Sun.

Eyjafjallajökull’s a common stop on most ‘Classic’ tours of Iceland’s popular southern region, along with Skogafoss waterfall and the highlights of the Golden Circle route, which frequently take in Thingvellir national park, Gullfoss waterfall, Geysir, Strokkur in Haukadalur, the black sand beaches of Reynisfjara and Myrdalssandur, and Vik, Iceland’s southernmost village.

Helicopter tours over Eyjafjallajökull and the surrounding area give a dramatic puffin’s eye perspective. Walking up the glacier also makes for a popular day hike. The more adventurous, and experienced, might consider a climbing tour of Eyjafjallajökull.

Travellers can access Reynisfjara beach, Vík village and Mýrdalssandur by driving Route 1, which runs through the black sand area. Reynisfjara’s particularly worth exploring for its basalt columns, though the tourist board warns people to be careful of rogue waves.

The town of Vik is also a good base for nature lovers and bird watchers, with Europe’s biggest arctic tern breeding grounds just east of the village and, in summer, colourful puffins who take up residence on the peninsula.

Like Jordan, Iceland also has form when it comes to its screen presence, including a filming location for Game of Thrones. Beyond the often-visited south, there are volcanoes, glaciers and lunar landscapes to explore in more remote parts of the country, including the Western Fjords, the Eastern Fjords and the far north, which is also good for whale-watching.

Land of Ice and Fire

North Iceland: Camping On A Shoestring 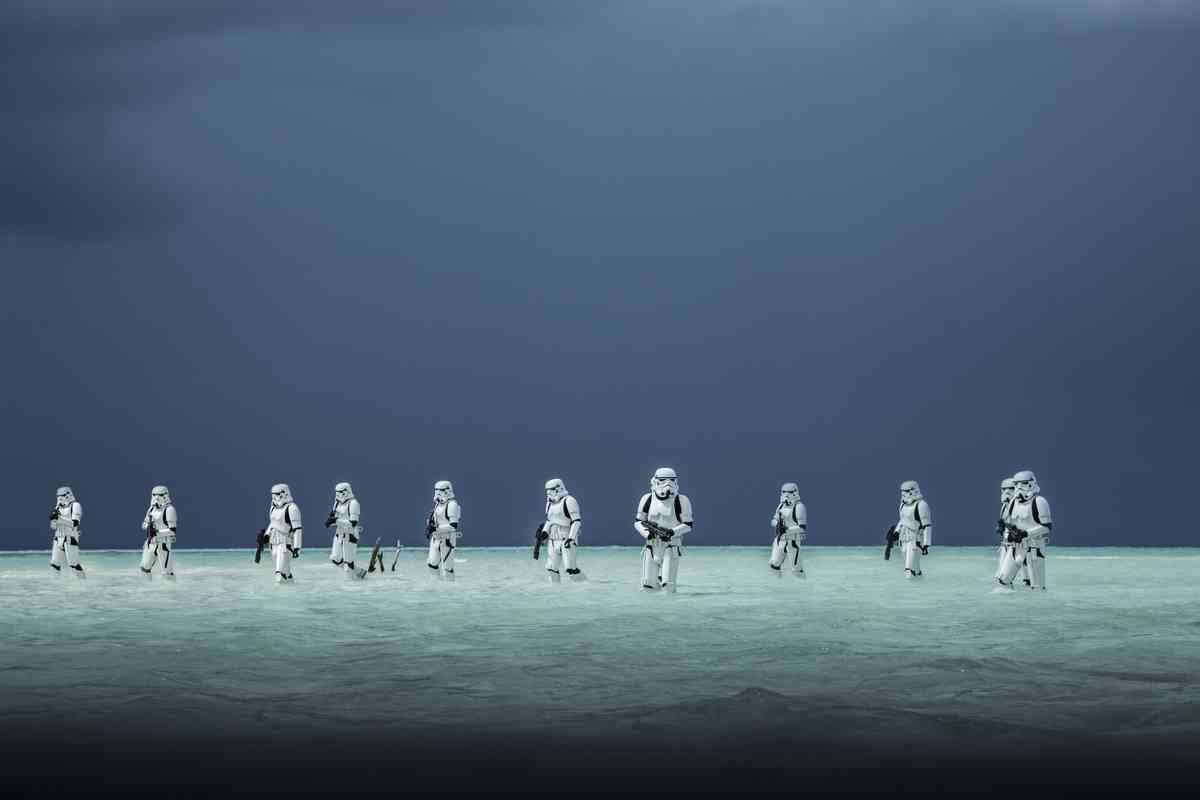 The planet of Scarif is an island paradise, with white sand beaches, warm clear blue waters and palm trees. But it doesn’t look like the Imperial Forces are there to sunbathe and sip Pina Coladas.

Scarif's orbited by the Death Star and is the location of a mighty battle, with an invasion by menacing stormtroopers and a new take on the AT-ATs that fought on the ice planet Hoth in The Empire Strikes Back (the wintry scenes filmed in Norway), called All Terrain Armored Cargo Transport (AT-ACTs).

The Maldives is the ‘body double’ for Scarif, with filming taking place around Laamu Atoll, a remote series of islands, with around four hours of filming said to have taken place on Baresdhu Island and the majority on Laamu Gan. Local people apparently streamed into Laama Gan while filming was taking place to meet cast members, including Felicity Jones and Forest Whitaker (Saw Gerrera). 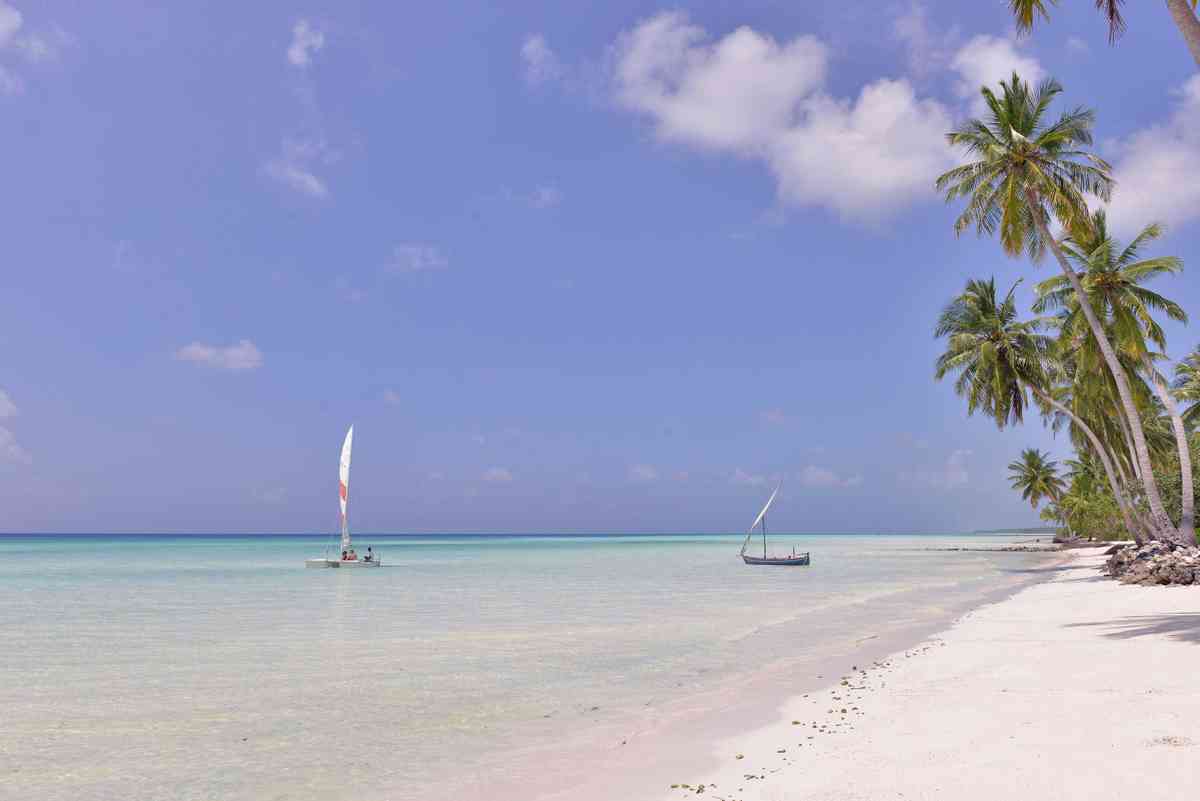 Unless something really unexpected happens, it’s highly unlikely your own Maldives trip will be anything like the carnage in Rogue One. In fact, fighting of any kind is really going against the grain in the Maldives, out in the Indian Ocean, where people come to take it exceedingly easy and get some serious beach time. At most, you might work up the energy for a bit of yoga or pilates on the beach.

The Malé Fish Market, Hukuru Mikiiy (Old Friday Mosque) and the National Museum make it worth lingering in the Maldives’ capital, Malé, but really a trip here all about the islands, beaches, lagoons and the ocean here, with the surrounding waters home to colourful reefs and prolific marine life, including dolphins, turtles, sharks, manta rays and whale sharks.

Both of the 'Rogue' islands are located on the east side of Laamu Atoll. Laamu Gan is 247km from the capital and takes about 40 minutes to reach, as the island has a small airport, with , Berasdhoo just north of Gan. Take time to explore not only Gan's beaches, but also the interior, where there are crumbly ruins of ancient Buddhist temples, an ancient and several mounds or pyramid-esque stupas, known as hawitta, that might make evocative scenery for the film.

Currently, the island has one guest house on the island, Reveries Diving Village, plus five miles of white sand beach, several good surf spots and plenty of pristine reefs to explore.

Travellers can also get to know the Maldives’ many other islands by kayak, take out a boat, go snorkelling or sign up for some world class scuba diving. Scuba divers should check out Baa Atoll, northwest of Malé, which has regular sightings of manta rays and whale sharks in the summer months, while Addu Atoll, the most southerly of the Maldives island groups, has abundant fish, turtles, sharks and rays, as well as a few wrecks to explore, though currently no reported sightings of Imperial Starships.

Book Now: Brilliant holidays in the Maldives, including

Sri Lanka And The Maldives

Marine Wildlife Of The Maldives

India’s Golden Triangle and the Maldives 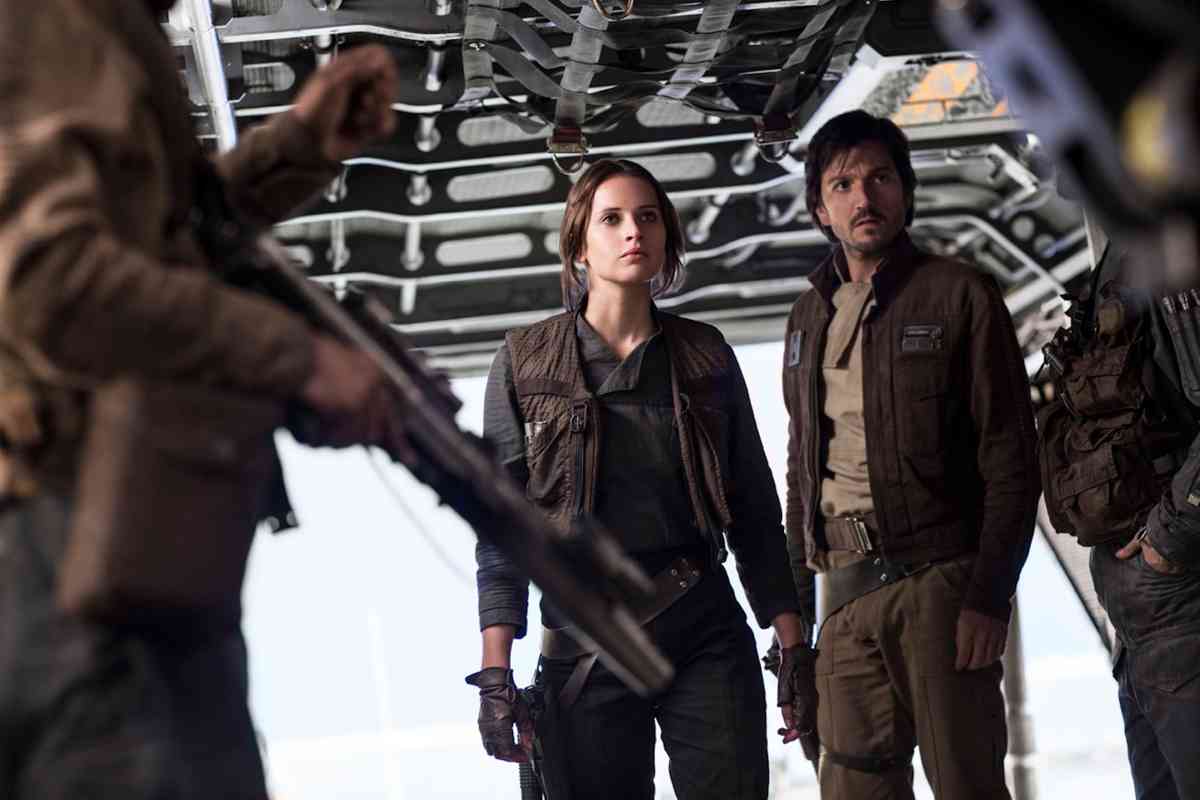 Should London take this personally? While Jordan gets to be the Jedi’s 'Mecca' and the Maldives and Iceland are allowed to show off their natural beauty, it’s not exactly the English capital’s highpoint that’s made it into the new Star Wars film.

Canary Wharf underground station is said to be standing in for parts of the dour, industrial, not to mention evil, interior of the Death Star. We’re unlikely to see images of stormtroopers checking their phones, clutching their morning paper and rushing to catch their train to work, though. More likely are scenes of Darth Vadar, Director Orson Krennic and other plotting bad guys, or possibly some Rebel espionage.

Much of the film was also created at London's Pinewood Studios. 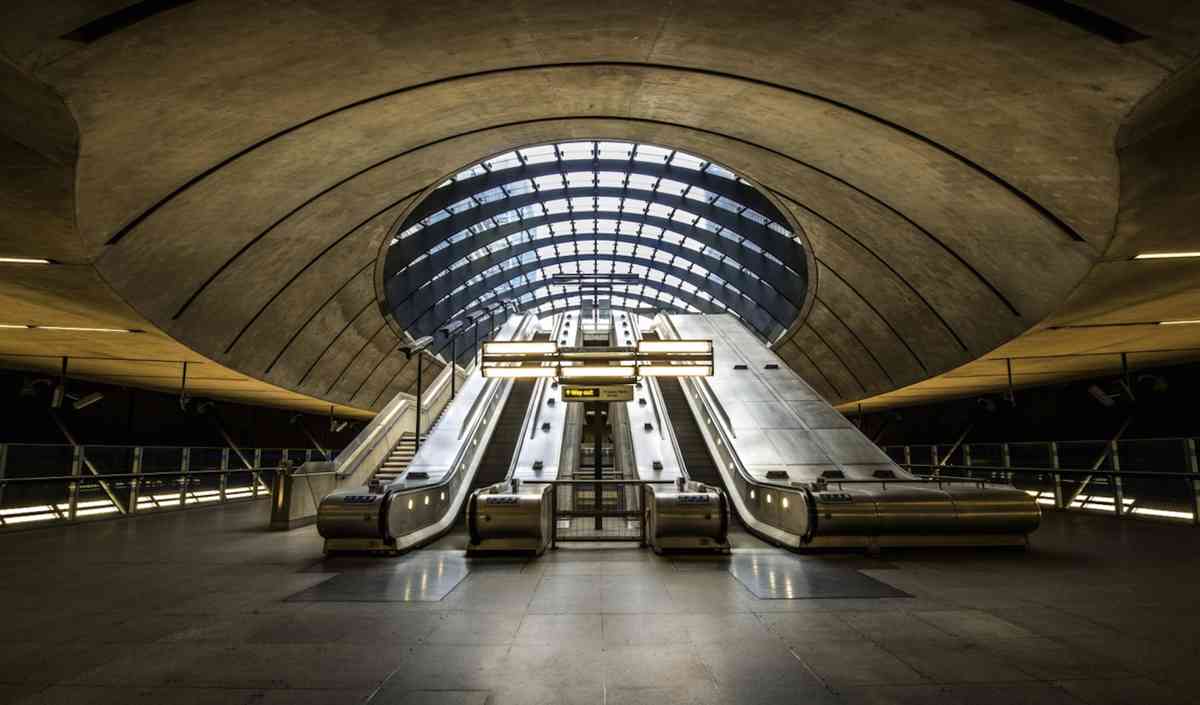 You're unlikely to have much of a holiday down in Canary Wharf tube station. Instead, exit the station to stroll around Canary Wharf, the Isle of Dogs and Docklands, perhaps stopping by the Museum of London Docklands or the Docklands Sailing and Watersports Centre

Or you could travel from Canary Wharf station to anywhere in London, which has as much to offer as any world city. First timers will want to check out Buckingham Palace, The London Eye, the Tower of London, St Paul’s Cathedral, the Tate galleries, the British Museum, Big Ben, the Houses of Parliament and other key sites, perhaps taking a walk along, or a boat trip on, the Thames.

The city has it all, from art to music to theatre, historic buildings and shining new constructions. Foodies should seek out the lively restaurant scene, street stalls and markets across the city, while London’s parks are well worth exploring, including Hyde Park, Regent’s Park, Richmond Park, Hampstead Heath or the Windsor Great Park.

To make the most of your time, check out these tips on hidden gems and ways London to explore by some of the city’s top tour guides.

Of course, there’s far more to the UK than London, with England, Scotland, Northern Ireland and Wales boasting cinematic landscapes, from mountains to coastline, to rival Iceland, Jordan and the Maldives. Maybe they’ll be in the next film…

Tailormade Wildlife Watching in the UK

Rogue One: A Star Wars Story is out in cinemas around the world in December, 2016, including in the UK from December 15.