Robin Boustead developed the idea for the most challenging alpine trek in the world, the Great Himalaya Trail. Here he talks trekking and travel

Robin Boustead is the brains behind the Great Himalaya Trail (GHT) – what he hopes will one day be a mammoth trek across the entire Himalaya. For now, the Nepal section is open for business: an epic 157-day trek reaching up to 6,200m, dipping down to 870m, and traversing some of the world's wildest mountain landscapes. We caught up with him when he rejoined civilisation...

How did the Great Himalaya Trail come about?

The idea developed over a long period of time. In 2002, after the border was decided between Nepal and China I found out about new areas opening up to trekking. I was getting bored of doing the same old routes, and as I was walking around I realised I was joining up some of the main trekking paths. I started dreaming about walking across the whole Himalaya. Then I realised it might actually be possible...

How is it looking at the moment?

Only the Nepal and Bhutan sections have been trekked and documented... so far. Watch this space.

The Nepal section is a trail network, which will give people a choice of a high route and a low route. Only a small proportion of it uses main trekking trails: by the end of 2011 there will be 7,800km of trail, and only 1,000km of that is main trekking routes. All the other bits are trails that locals use.

How important are the local communities to the trail?

They are essential. When I was first trying out the trail, after about 100 days I started to wonder what I was doing; I then looked at the bigger picture and realised I could help the locals. I couldn't have made that initial traverse without their help, but I also saw that I could make a difference to their lives.

A number of non-government organisations have latched on to the GHT to coordinate development projects in these remote regions. 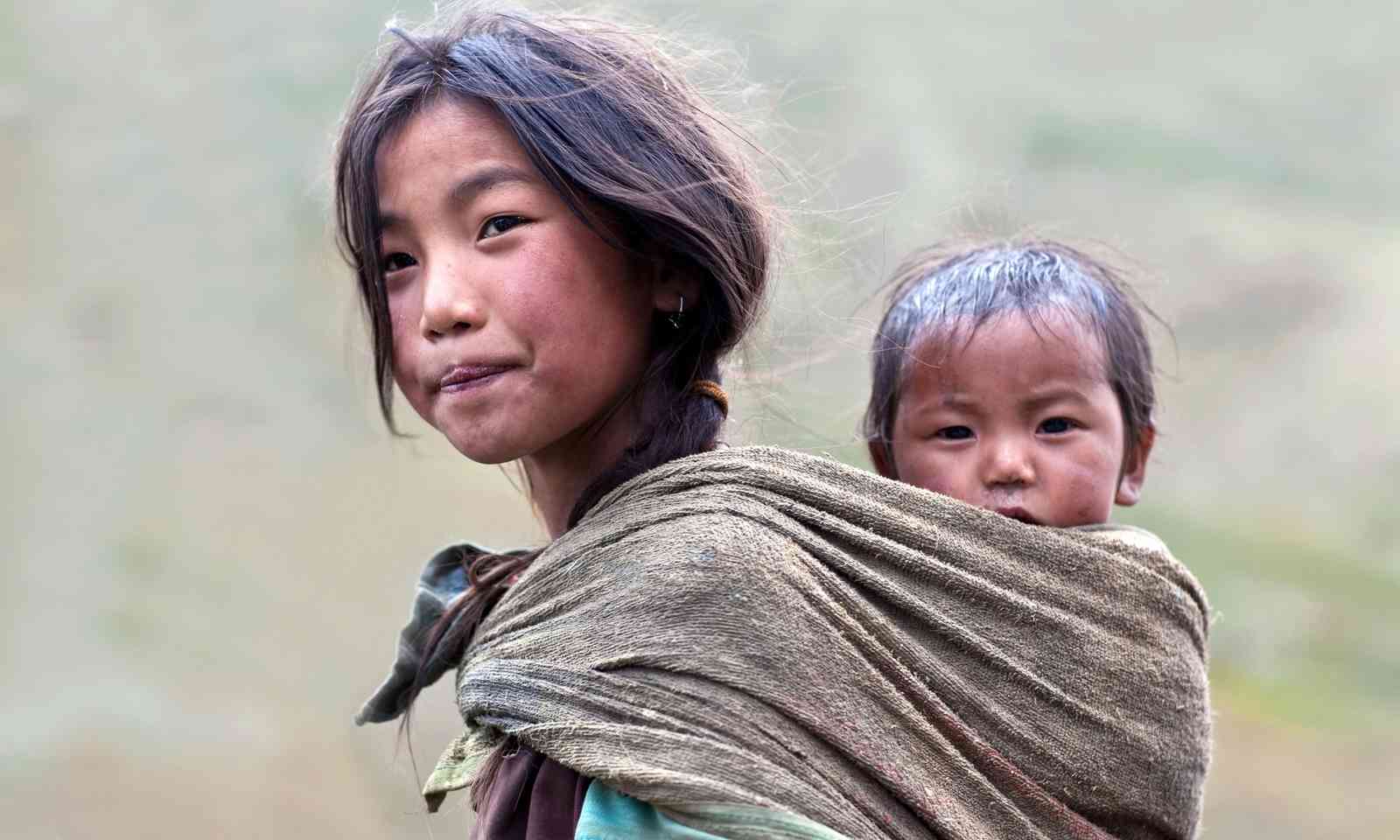 Nepalese girl and her brother on the trail (Shutterstock.com)

What type of response did you get from the locals?

I got an extraordinary response as I walked through – in one village some of the elders had never seen a tourist; they brought me food and they looked after me. Many of them are keen to have people coming through – but on their own terms. It's important that the communities en route can control the development of tourism.

How will the Great Himalaya Trail help them?

The whole point of this is to use the local trekking staff. Otherwise we won't be able to give trekkers a real insight into the area. To be honest, I was gobsmacked by the ethnic diversity and I think others will be also.

Ultimately I'd like to see 500+ people a year walking the GHT – that's around the same number who summit Everest. After all, the concept of the trail means little to the locals if no one is walking it.

How else can the trail benefit the region?

The Himalaya faces some big issues. There are 850 million people relying on the snow melt from these mountains, but this amount of water is shrinking fast. Climatologists call the Himalaya the 'Third Pole', it's so susceptible to climate change and in 20 or 30 years, there's not going to be much water.

Another big problem is too much water from increased rainfall. The glacial lakes fill and if they burst, the floods can be catastrophic. I'm hoping the GHT trail will bring issues such as these to a wider audience.

What is your favourite section of the trail?

Every part of it has something special; the whole thing offers the opportunity to touch nature, to find tranquility and contentment. Langtang is particularly wild and insane territory. That said, you may go into the Himalaya for the mountains, but it's the people that will draw you back.

What kind of people have signed up to walk the trail so far?

The sort I'd hoped for. There's a self-screening process – they're not novices. All are more mature in years; they're very experienced in the great outdoors and have lots of stamina. They also have the free time to take a challenge like this on.

What training do you need to do beforehand?

You don't need to do a lot of training – hill running is good preparation but really the only training for trekking is trekking. One good test: stand in a cold shower in the dark and tie knots! Altitude does strange things to you, so plan for the strange.

With the GHT, you can walk yourself into it – the itinerary is very easy-going to start with, there are plenty of rest days, to get you prepared for the big stuff. The second section needs some basic mountaineering skills – how to walk in crampons, tie ropes etc.

A trail from Vietnam to Turkey – but that's for another time!

Find out more at the official Great Himalayan Trail website

See here for more interviews with other top-notch travellers

"I'm not a fan of the sandwich..." reveals Julia Bradbury | Interviews... More

"That trip made me the person I am today" Emma Kennedy on avoiding work... More