4 mins
I slowed the car down to a snail's pace: there were two ponies in my path. Standing centimetres away from the vehicles lined up to my right, they swooshed their tails and stared blankly ahead, unaware of their inconvenient position. I crawled the car forward, pulled up a few metres away, got out and gingerly stepped towards the duo. On hearing my approach, the white pony turned its head towards me, sniffed my hand as I extended it in a cautious greeting, and seemed unruffled when I reached further to give her muzzle a rub. This was a New Forest Pony – a welcome party like no other.

There are 3,000 ponies in the New Forest  – a breed in their own right. Having inhabited New Forest National Park since medieval times, the ponies rely on the land, as home, and the land relies on them, to keep the grass cut and ecosystem in shape. Ponies have right of way on all parts of the New Forest: not only in the greener areas, but also on the roads. If there's a pony crossing your path, by law you have to stop and wait for it to pass. 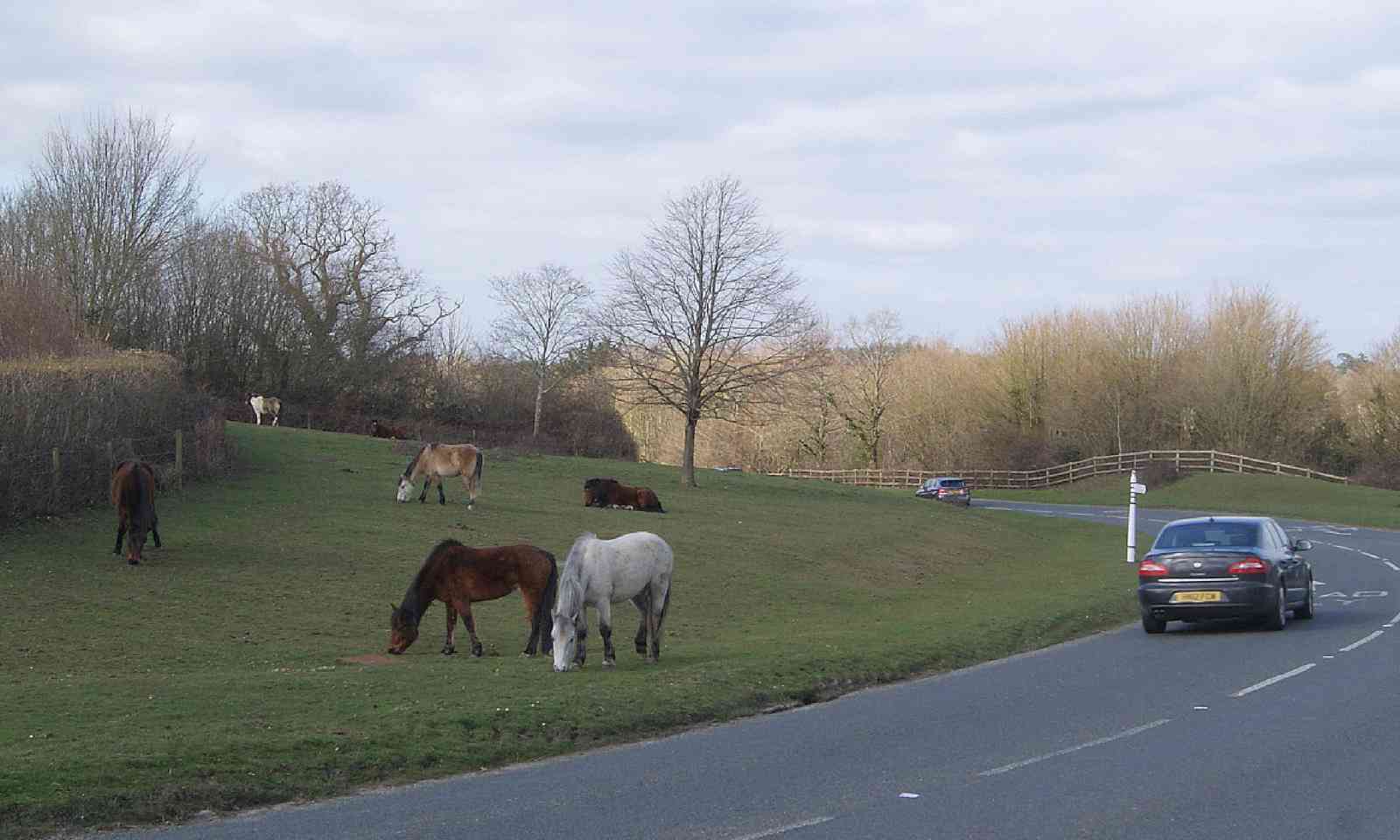 The ponies are owned by 'commoners', and looked after by 'verderers' and 'agisters'. Their annual health check and branding occurs in late summer or early autumn, when they tear across the landscape in herds as they are rounded up, an occasion known as a 'drift', resembling a scene from the deepest Wild West. Through the rest of the year, they are left to roam as they please, making it feel as if they unquestionably rule all corners of the park.

I was in the New Forest on a crisp, sunny day in early spring. The park is surprisingly untouched by tourism, despite being under two hours from London by train and on the central south coast of England, our warmer region. It's one of those places both Brits and travellers skip over, favouring the country's far corners instead, but the mostly undisturbed nature of the New Forest – and its four-legged inhabitants – is what drew me there. 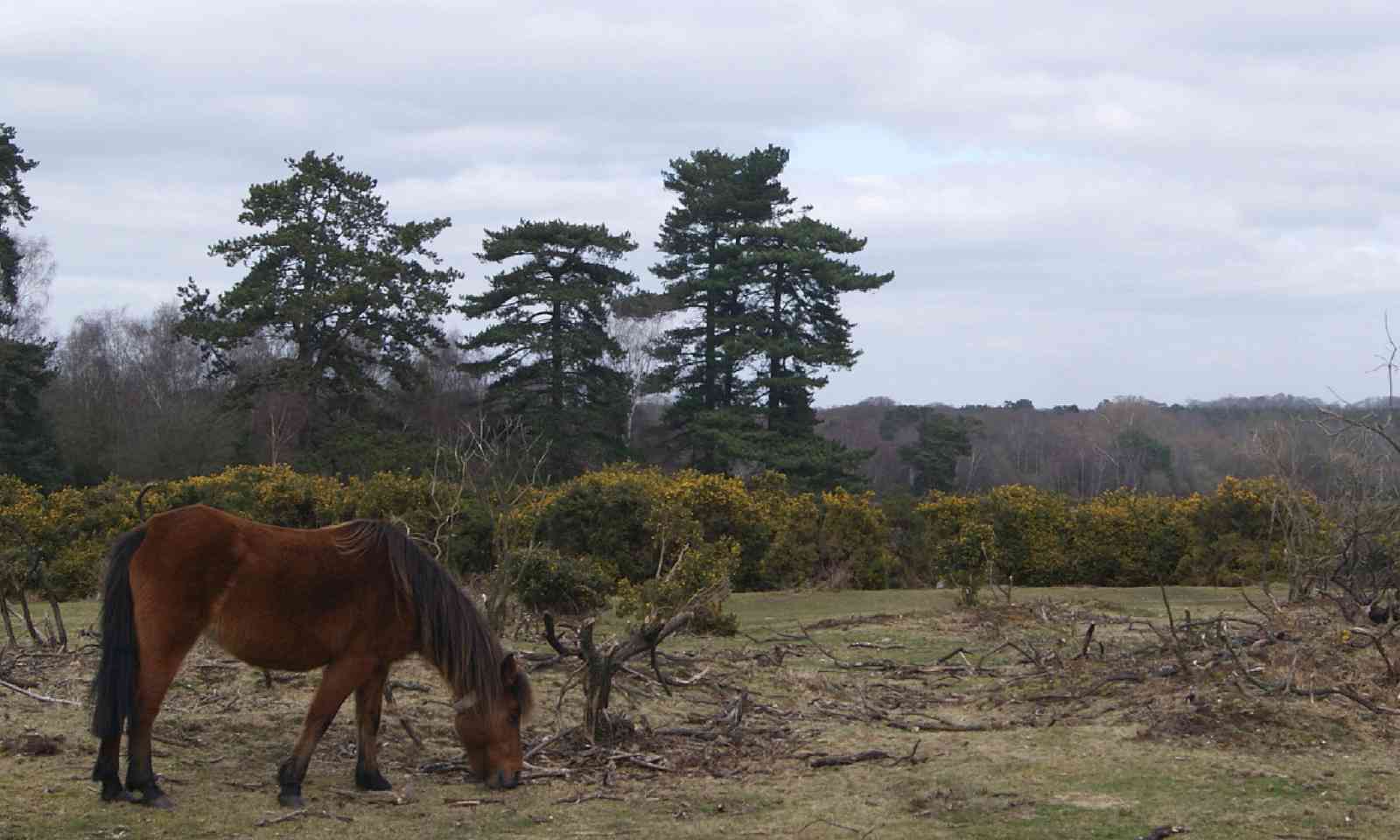 I started in Lyndhurst, a village in the centre of the New Forest, where I fuelled myself on sandwiches and cake and left the car (guarded by ponies) on the east side of town. From here, I ventured out onto the plains, the vast open areas that, at this time of year, are towered over by evergreens and dotted throughout with bright yellow gorse and bushes bare from the tail-end of winter.

The overlapping of seasons left the remnants of long-dead plants – bits of splintered wood crunched underfoot, so dry that they seemed almost silvery and translucent – but there were also signs of regenerating grass, and new trees in the distance. The clouds moved quickly overhead, briefly allowing the sun to illuminate patches here and there. Spring was just emerging.

I followed a footpath for a while, then chose to meander off-road. The beauty of the New Forest is that large parts of it are wide open, allowing visitors to roam free. I got closer to another herd of ponies who were stood in a group of five among a clump of bushes, munching on the greenery. A particularly short, stout pony with a long fringe that swept over her eyes looked up as I got closer.

She started to eagerly walk towards me, which led me to believe that she associated the sight of humans with food and that a previous visitor had fed her – which is illegal. She quietly stood next to me for a few minutes before trotting off – a little disgruntled at my lack of snacks – and rejoined the group. They continued to tend to the grass as I wandered around them taking photos.

After my walk I moved on to Beaulieu, a village in the southeast of the park. Home to the popular Beaulieu National Motor Museum, this cluster of red-brick houses is one of the park's busier villages, but life here still moves at an unhurried pace. Groups sit by the village ponds, looking out over the waters, and the local pub – The Montagu Arms – is often filled with thirsty travellers looking to refuel. I took a stroll up the high street, peering into Beaulieu's artisan chocolate shop, and wandering by the Old Bakehouse Tearooms where a family tucked into tea and cake outside in the sunshine. 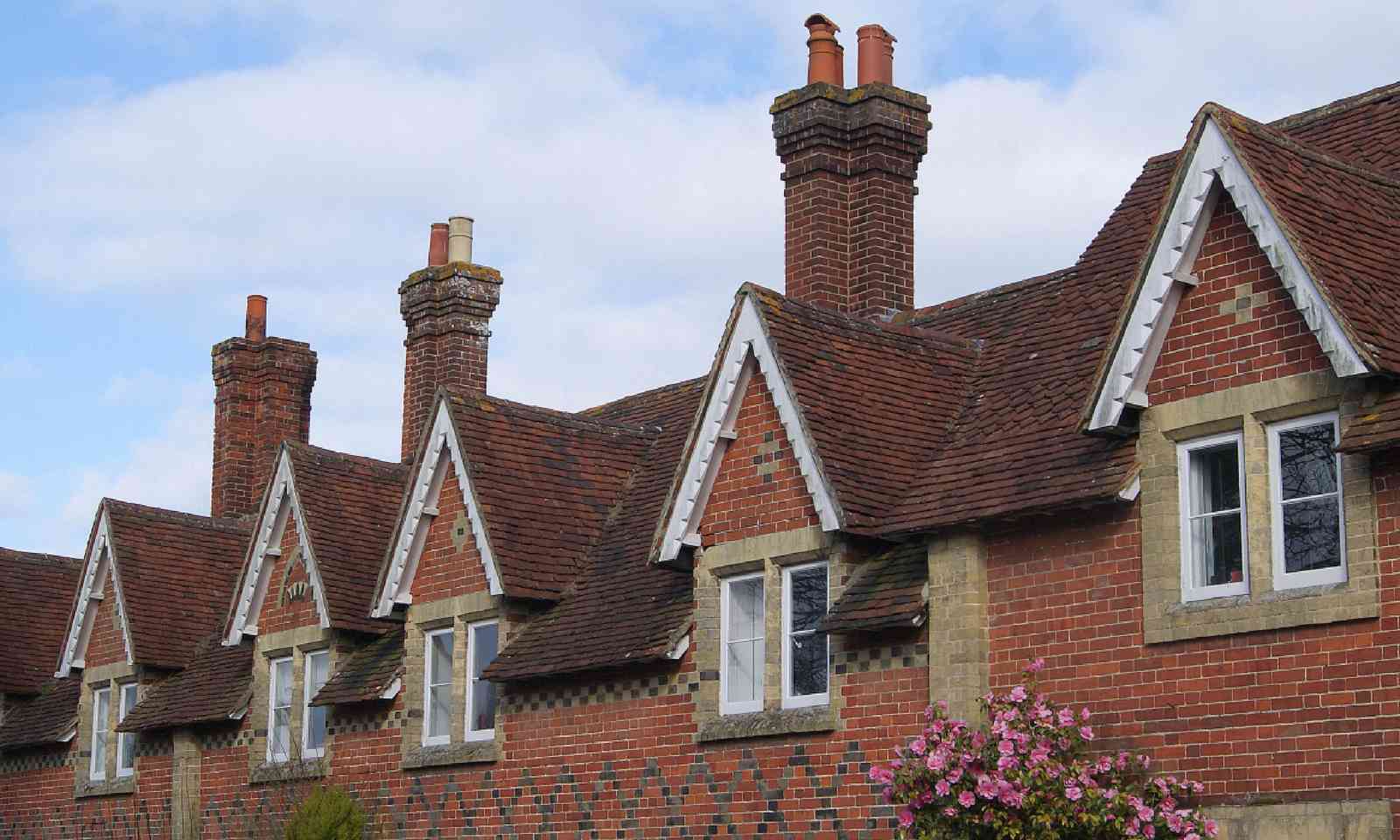 I came to a junction at the end of the high street and encountered another inquisitive herd. This group of ponies lingered immediately next to the main road, frighteningly close to cars. They nibbled at the grass and showed no fear of passing traffic, another reminder of their being used to the comings and goings of the New Forest. We – the cars and travellers – are foreigners in their habitat, alien beings that they are quite happy to ignore.

A shaggy white pony teetered on the edge of the green lawn for a moment before stepping out to cross the road, cars slowing down as it sauntered a few paces before reaching the other side. New Forest Ponies are regularly hit by cars, despite there being a reasonable 40mph speed limit throughout the park. Driving through it myself, I couldn't help but be cautious and acutely aware that a pony could appear at any time.

I drove out of the park through the southwest, across a flat stretch of land. It was late afternoon by this time, and the clouds had cleared to leave the sun low in the sky, pouring its rays over the scenery, bright on the yellow-flowering gorse. The road I was driving along was exposed at the sides – another area where the ponies could wander into your path – so I slowed right down, but didn't mind. I was happy to savour being among them, and I passed white, grey, brown, and beige ponies, with fluffy manes and quiet dispositions, right up until I reached the park's borders.