Road tripping in Spain with teenagers

A road trip is on every family’s 'Must Do' travel list. However, a road trip is about more than the sightseeing spots along the way. Any decent one involves a great drive that makes the journey as good as the destinations.

We’ve just come back from one of the best, a road trip through Spain that took us through the national parks, world heritage sites and medieval moorish villages of Andalusia.

You could just as easily fly to Malaga and pick up a hire car, but we chose to drive down from England through France into Spain at San Sebastian. It took us along an unsung stretch of road through the Serrania de Cuenca to Cuidad Encantada (Enchanted City), a park of strange rock sculptures formed by ice, wind and water that's an unexpected delight. 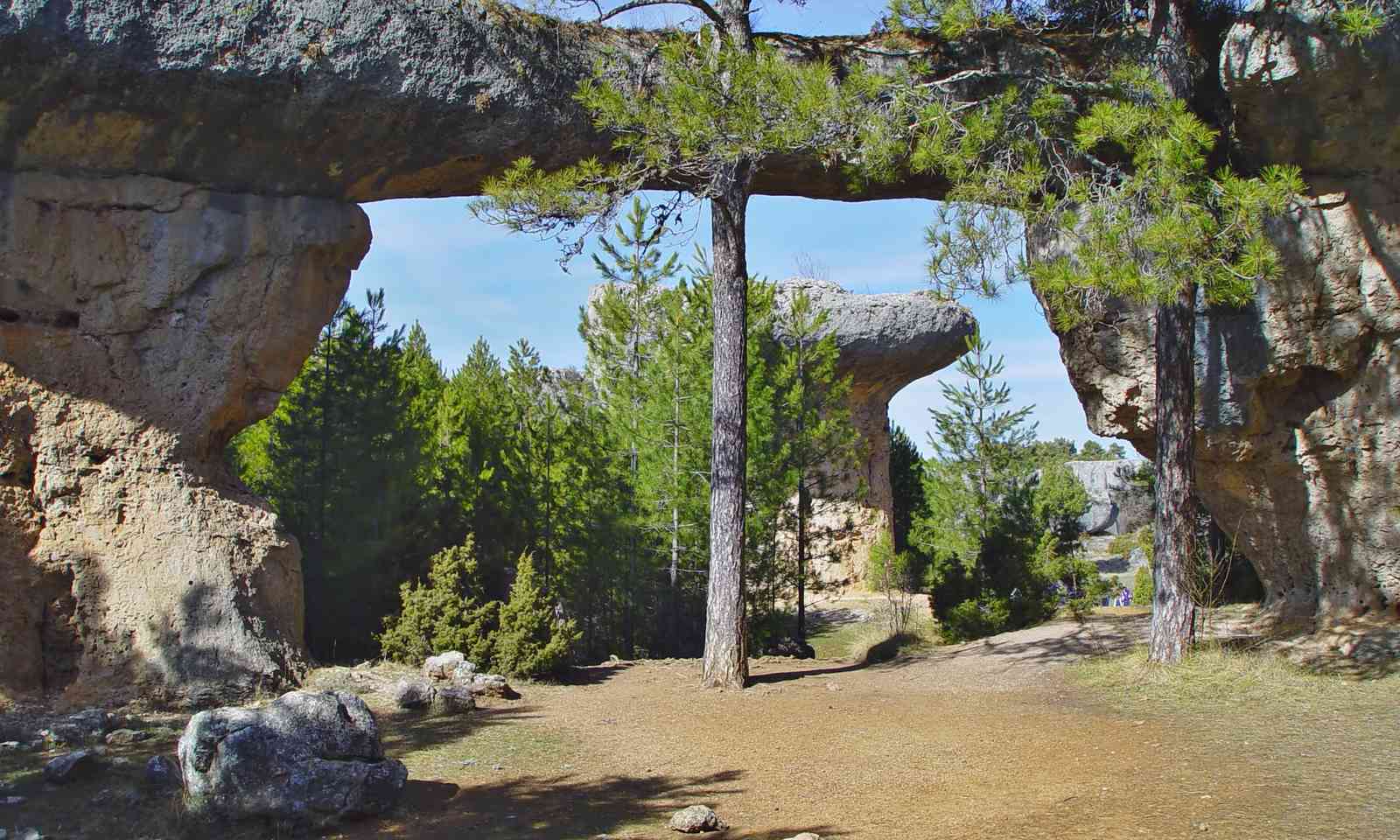 We didn't have a planned itinerary. Instead, our days were shaped by where the road took us and our nights dictated by a late booking along the way. Hence, by lunchtime on our first day, we found ourselves dipping into tapas in 52 degree heat under an unbleached calico canopy at the foot of the fortress complex of Alhambra in Granada. There is nothing quite so luxurious as exhausting heat and cold drinks, with nowhere in particular to go.

There is a downside to winging it. After a gruelling walk up the cobblestone hill, in flip-flops that slid on the hot stones, we found tickets to the Nasrid Palaces had sold out for the day. Still, we got to pass through the Gate of Judgement, wander around the Palace of Charles V, admire the view of the city and stroll back down through the Elm forest before heading off to Lanjarón for the night.

Lanjarón is the gateway town for the Alpujarra region on the southern slopes of the Sierra Nevada. Lanjarón means “Place of Springs” in Arabic and a meander under the balconies along the Avenida de La Alpujarra takes you past most of the town's water fountains.

Each fountain bears a famous quote from poems by Garcia Lorca and is surrounded by benches crammed with elderly locals. The water is said to have healing properties and with the World Health Organisation declaring that the town has one of the longest living populations in the world, who are we to argue? 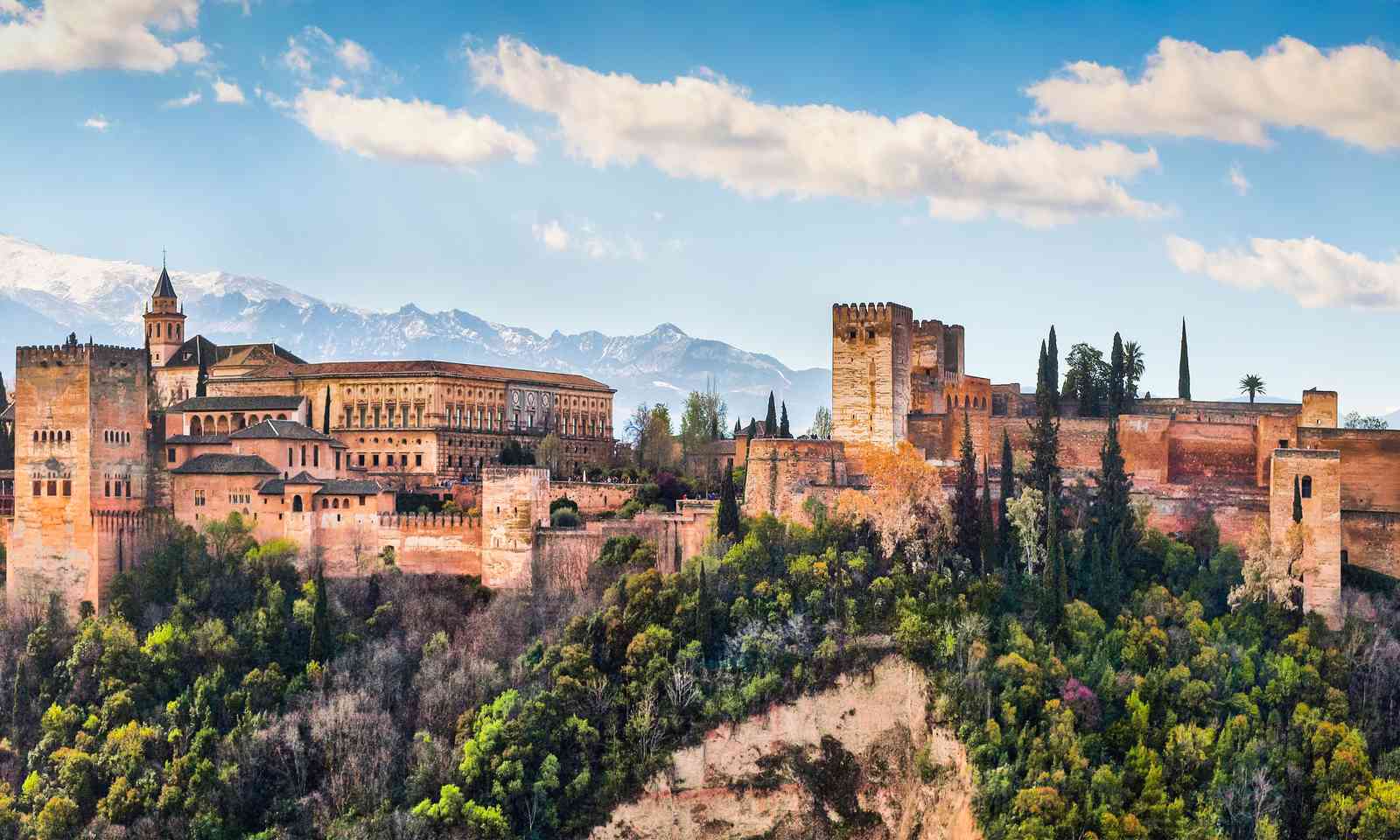 The drive out of Lanjarón was stunning and a reminder of the simple joys of a road trip. It was twisty and dramatic, and at one of the switchbacks the boys noted that the town stretched like a huge grin along the curved ridge, looking for all the world like it was wishing us well on our journey.

From here the road winds its way up through the Barranco de Poqueira gorge. The vegetation is lush and green, a high-altitude oasis watered by the melting snow from above. A series of whitewashed villages sit like glistening pearls, a reminder of the Berbers, who created these North-African-style hillside with flat clay roofs to dry crops on.

Our favourite village was Pampiniera. The houses lean over the narrow alleys, nearly touching at the roof tops, and the backstreets hide restaurants and bodegas that reek of hot, fresh dough baking. The strong scent of local mountain oregano lingers in the air too. If you have an ounce of latent artist in you, a hankering to write, a camera in hand, or a walk left in your boots, it will be stirred in this tiny village. The boys just wanted to eat.

Eating well is another enjoyable aspect of a Spanish road trip. Each day we ate a set menu lunch, la comida, and each day it was different. One day it was fresh seafood mixed salad at the top of a road with a view, the next, a fresh pizza in a tiny cafe hidden down a picture-perfect backstreet. An always finished with an artisan ice-cream, served in a cone and enjoyed in the shade, hiding from the afternoon sun and cooled by a high-altitude breeze.

We followed the Rio Guadalfeo along the A34B and onto the A-346, a land of small, terraced farmlands and grand scale landscape. You won’t find this road listed in the tourist guides, yet around every corner we found a perfect scene – a single olive tree growing out of a perfectly placed fall of rocks, fields of orange, apple and avocado trees, a sweep of a dry river bed exposed in ash-white soil.

After lunch in Ronda, a stunning hilltop town famous for it's gravity-defying bridge across the El Tajo gorge, we headed to El Bosque, where we were staying for the night. Counterintuitively, we took the A-372, the shortest route, and were rewarded with one of the most stunning stretches of road of our trip. It dipped and weaved through a rugged limestone landscape of cliffs and gorges, plunging under the canopy of the most extraordinary mature cork-tree forest, before climbing towards Grazalema, an intricate village with red tiled roofs, backed by twin peaks, and home to a venue of black vultures that circle lazily in the updrafts here. 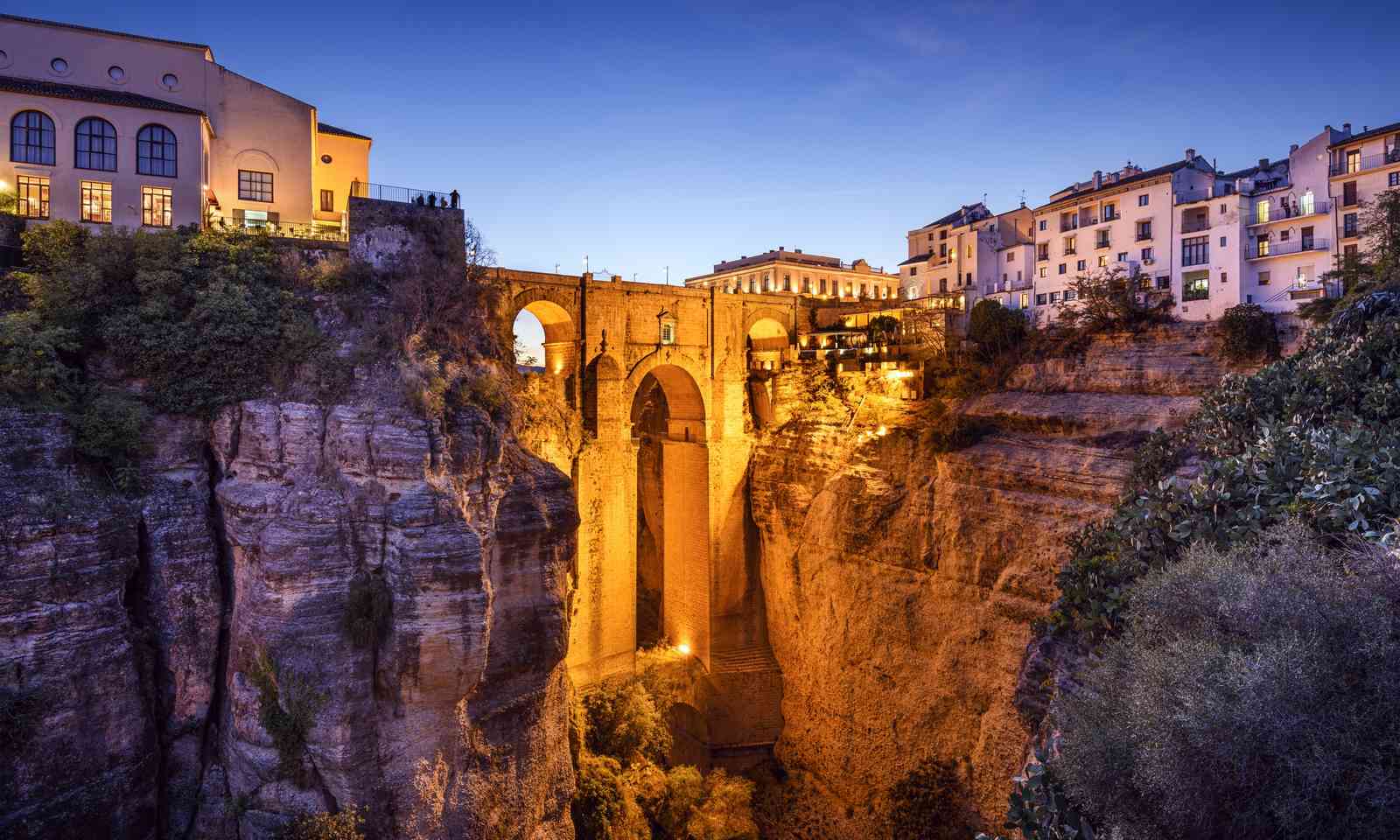 We reached El Bosque just as the sun began to set and the entire population emerged to descend on the local cafes and bars to watch football on TV. We joined them – and their many dogs – in one of the bars near the square. Our meal was simple, huge and affordable, but for the boys, it was being part of a huge communal 'event' that they remember most.

The next day the road took us around the corner to Zahara de la Sierra, a whitewashed village dominated by a Moorish castle perched on the top of an outcrop like an eagle’s nest. As lovely as it was, it was the Embalse de Zahara reservoir that drew us here, offering the boys the chance to both stretch their limbs and cool down with some water sports.

The boys hired kayaks for an hour. I tried stand-up paddle boarding before jumping into the very cold water to give the boys a go. The boys thought it was hilarious, but I got my own back. The wind picked up and both got dunked trying to land back at the little jetty.

All that was left now was a short drive back to Malaga to catch our flight home. I spent the drive pondering what had made our road trip through Andalusia so memorable and I realised that it was that it had given me and my boys a lot of time to talk. My 16-year-old agreed, saying it had been 'nice'.

How often do you get a concession like that from a teenager?