How to ride one of the fastest trains in the world

What's it like to travel on the Tokaido Shinkansen? Matthew Woodward reveals all

The Tokaido Shinkansen is the high speed rail line serving the cities of Tokyo and Osaka. To me it's nothing short of a public transport miracle. The "normal speed" is 320 kph, but speeds of up to 443 kph have been recorded. The trains are pressure sealed and run on 25000 volts DC. As they have their own tracks, last year the average delay per train across the year was ... 36 seconds!

You probably know that these days the word "Shinkansen" is used to generically describe a number of different types of Japanese high speed train. My train was another Hikari Super Express, the 464, bound for Tokyo. The fastest, with the least number of stops is the "Nozumi". You cannot use these trains with a JR rail pass, but you can use the second tier of trains (same type of train, more stops) called the "Hikari".

Kyoto's main station is a very modern place, integrated with shopping malls and hotels. The whole place smells of popcorn and freshly baked cookies. The soundtrack is a blend of indecipherable Japanese tannoy announcements mixed with the rumble of trains overhead as you emerge upwards towards the platforms.

On the platform a train arrives every five minutes or so and takes off after a loud electronic beeping noise warns anyone in any doubt on the platform. The trains themselves seem almost silent and so aerodynamic that they cut their own hole in the air ahead of them. 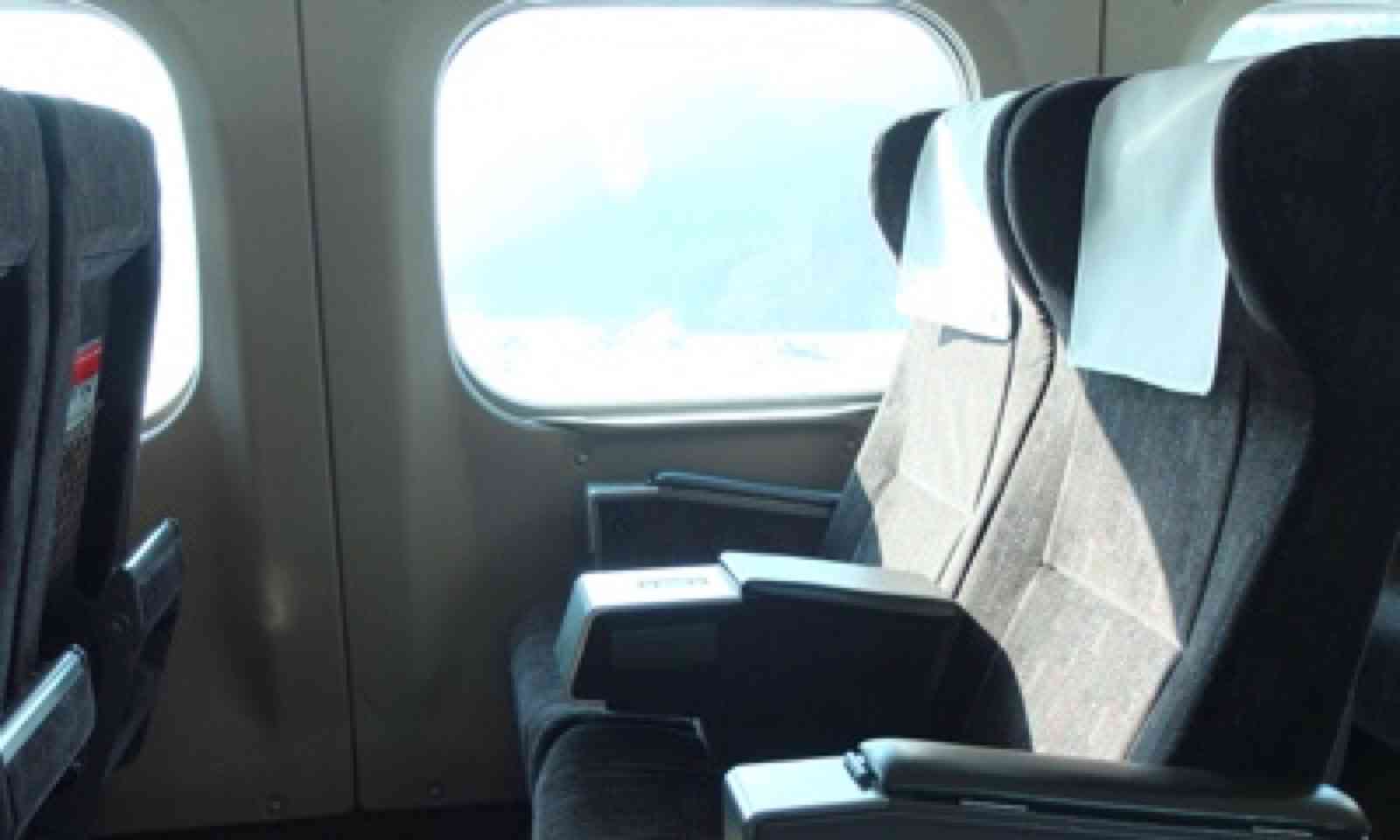 Time to put my feet up for the three hour journey. The snow slowly disappears even though we are heading north. The slopes of Mount Fuji glisten in the winter sun. The windows seem too big, but that's because your mind confuses the cabin with that of an aircraft.

There are no digital indicators of the train's speed. The Japanese must just take it for granted that as its a Shinkansen train, it's going to be travelling at Shinkansen speed. A lady greets each new passenger with a hot towel. There is a trolley service selling basic snacks, but surprisingly to me, no proper food is served on the train.

All too soon we pull into Yokohama and ten minutes later we are at Tokyo's central station. I have forgotten that I'm actually staying near Shinjuku station and not this station, so my taxi costs a small fortune.