Rick Stein is one hot tamale!

We talk to TV chef Rick Stein on retracing his first big trip through Mexico in the ’60s, all things fishy, and why the UK is on the verge of a foodie revolution

Your latest TV series covered Mexico and California. What fascinates you about the food of those destinations?

I first went to these places in 1968 as a 21-year-old. I journeyed all through Mexico and as far as San Francisco, USA. It was a formative part of my life because I’d never tasted exotic, foreign foods before. I think the reason I’ve travelled a lot since and enjoy tasting different cooking is because of that early experience. In the series, I went back to see how they had changed over the last 50 years.

What did you find?

California has changed a great deal. When I was in my early 20s, I wasn’t that into the local food in California; the only thing I remember from that time was the Dungeness crab I had in San Francisco. As far as Mexican food goes, it hasn’t changed a lot. It’s a more established, slow-moving society in terms of the country.

Having said that, I think what is much more noticeable this time around is how light and fresh a lot of Mexican food is these days. It’s quite a healthy diet if you keep off the Oaxacan cheese and tacos.

What specialities did you try?

In places like Puerto Vallarta – made famous by Richard Burton and Elizabeth Taylor – and the resorts along the Pacific Coast and Baja California, you’d be surprised by how good the fish is. They do a lot of ceviche-style fish dishes – in other words, raw fish cured with lime juice – and light fish stews. I think its food would be an eye-opener for people. 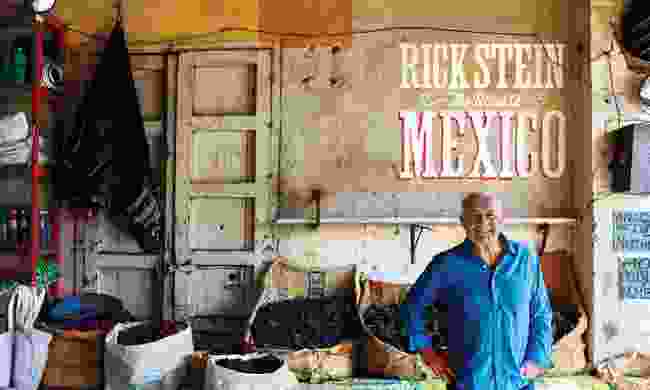 What about the street food?

Mexican street food is among the best in the world. Some stands have been there for generations, and it’s such a part of life there because the weather is so good! I had this thought that the reason we don’t have as much street food in the UK is that it’s too wet and rainy. That’s why places like Thailand, India, or indeed, Mexico have them.

You say food is ‘a way of life’ there – how vital is it for travellers to try local dishes?

I remember going to Penang in Malaysia, and it would be unthinkable if you weren’t eating on the street every night. It’s just the same in Mexico. If you want to be like a local, waiting in a queue for a tamale or a taco is what you do, and it’s so enjoyable.

What destinations should be on my foodie bucket list?

In Andalucía, Spain, head to Cádiz for really good seafood restaurants on the beach. The same goes for Lisbon, which has seafood everywhere. In South-East Asia, you can’t go wrong wherever you are, whether it’s Vietnam Thailand or Malaysia. And if you go to Venice, Italy, look carefully for its authentic eateries; they’re still there and don’t all cost the Earth.

The other place I would recommend is the British Isles. Discovering the food of where you come from is one of the great joys.

“I remember going to Penang in Malaysia, and it would be unthinkable if you weren’t eating on the street every night. It’s the same in Mexico”

So much has changed here – if you gave me a few hours, then I could give you a really fantastic restaurant in any regional UK city. I think the reason is that London used to be the Mecca of food revolution, but people want it in their own areas now. There’s a thirst locally for good cooking, and I think that will be the next food revolution.

On a recent book tour I went to Bath and I was amazed by how many good restaurants there were, while in a little place called Oswestry in Shropshire there was a really good food shop, fishmongers and butchers, and I had a lovely meal in the hotel. There are cities and market towns all over the nation that have got a pride in what they’re producing. It’s a very exciting time to be into food in this country, I think.

Do you have any regional faves?

In Bath, I loved a dish that not many people know, called ‘Bath chaps’, which is made from bits of pigs’ cheeks. And I think the smoked fish in Yarmouth, East Anglia, is second to none. We probably do smoked fish better in this country than anywhere else.

Is there a destination whose food you’re desperate to explore further?

I’ve been to China twice – to Shanghai and Guangzhou – and both times I’ve realised how incredibly diverse its cuisine is. I would love to make a series going across the whole of China, particularly visiting Shandong and Sichuan, and trying Huaiyang cuisine (one of China’s four main cooking styles), which originated from Yangzhou and Huai’an. 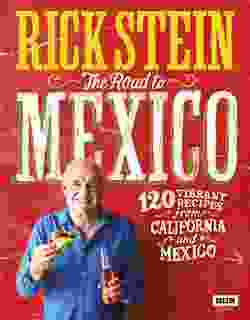 Rick Stein is appearing at Destinations in London. The DVD (£23) and book (BBC Books, £26) of The Road to Mexico are out now.