Longer days. More chance of sun. In summer, the Icelandic capital becomes a city of festivals. Here are five of the best

1. Festival of the Sea

A family festival held annually on the first weekend of June, this event honours the sea and fisheries in Iceland and has been celebrated since 1938. The festival celebrates all aspects of the sea with range of entertainment at Reykjavík’s Old Harbour and the West Harbour in Grandagarður. As well as sailing, sea swimming and a large variety of sea creatures on display, the festival also honours the many souls lost at sea and the role of the fishing industry in Iceland’s history and economy. Admission to the Reykjavík Maritime Museum is free during the festival.

Icelandic National Day celebrates the foundation of the Republic of Iceland on June 17 1944 when the country got independence from Danish rule. Celebrations take place annually in the city centre from 10 o'clock in morning until 7 pm. 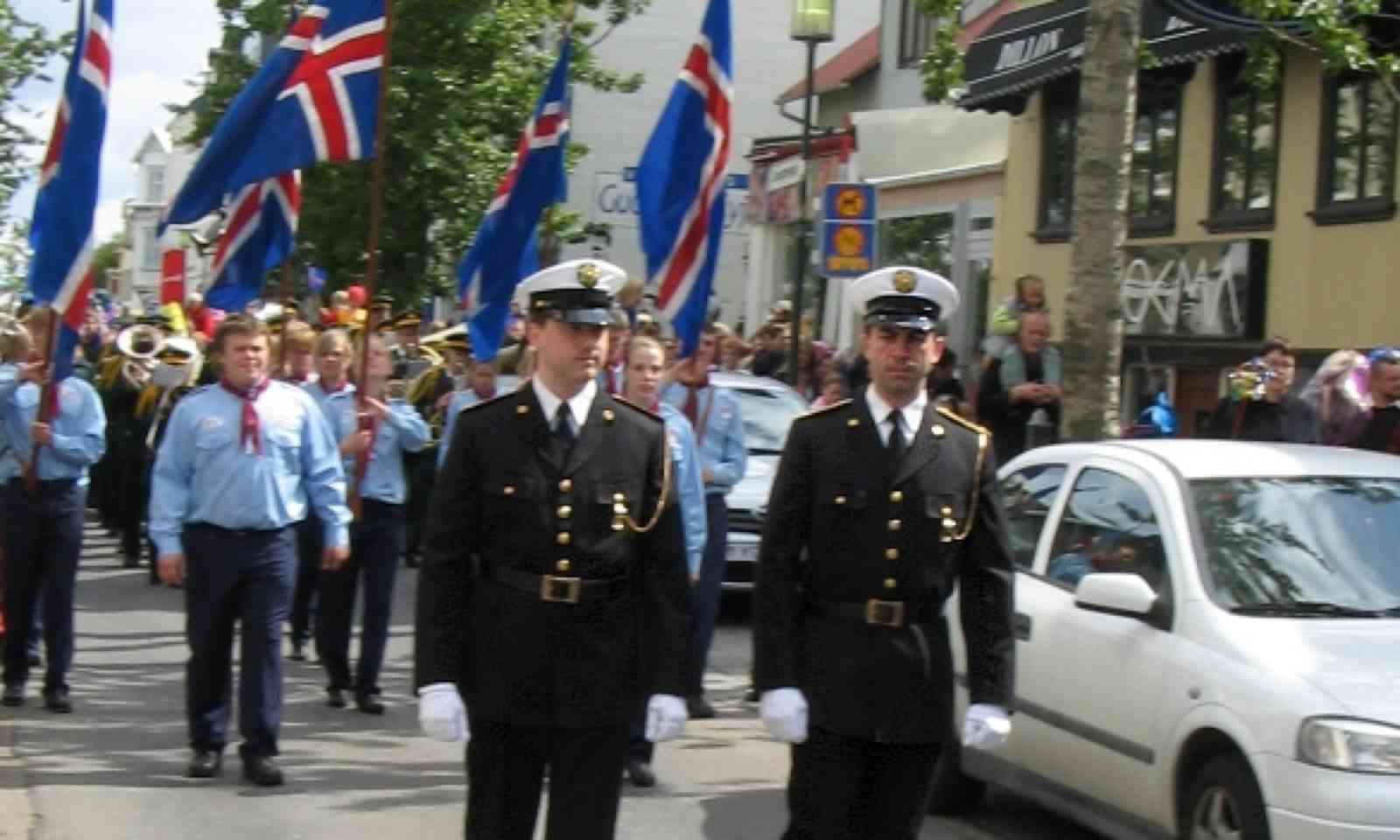 The day starts with the chiming of all church bells in Reykjavík, followed by a mass in Domkirkjan Cathedral. There are parades from both Hlemmur and Hagatorg Square from 13.00 and then a puppet show in Hljómskálagarður Park, by Tjörnin lake.

The Icelandic Circus makes appearances all over town with engaging characters, workshops and circus shows, before the day ends at Arnarhóll with a family concert.

Every July Reykjavik’s Austurvöllur Square is transformed into a living, breathing Viking village as ‘Vikings’ from all over the world descend on the city to take part in the annual Ingólfshátíð Viking Festival. 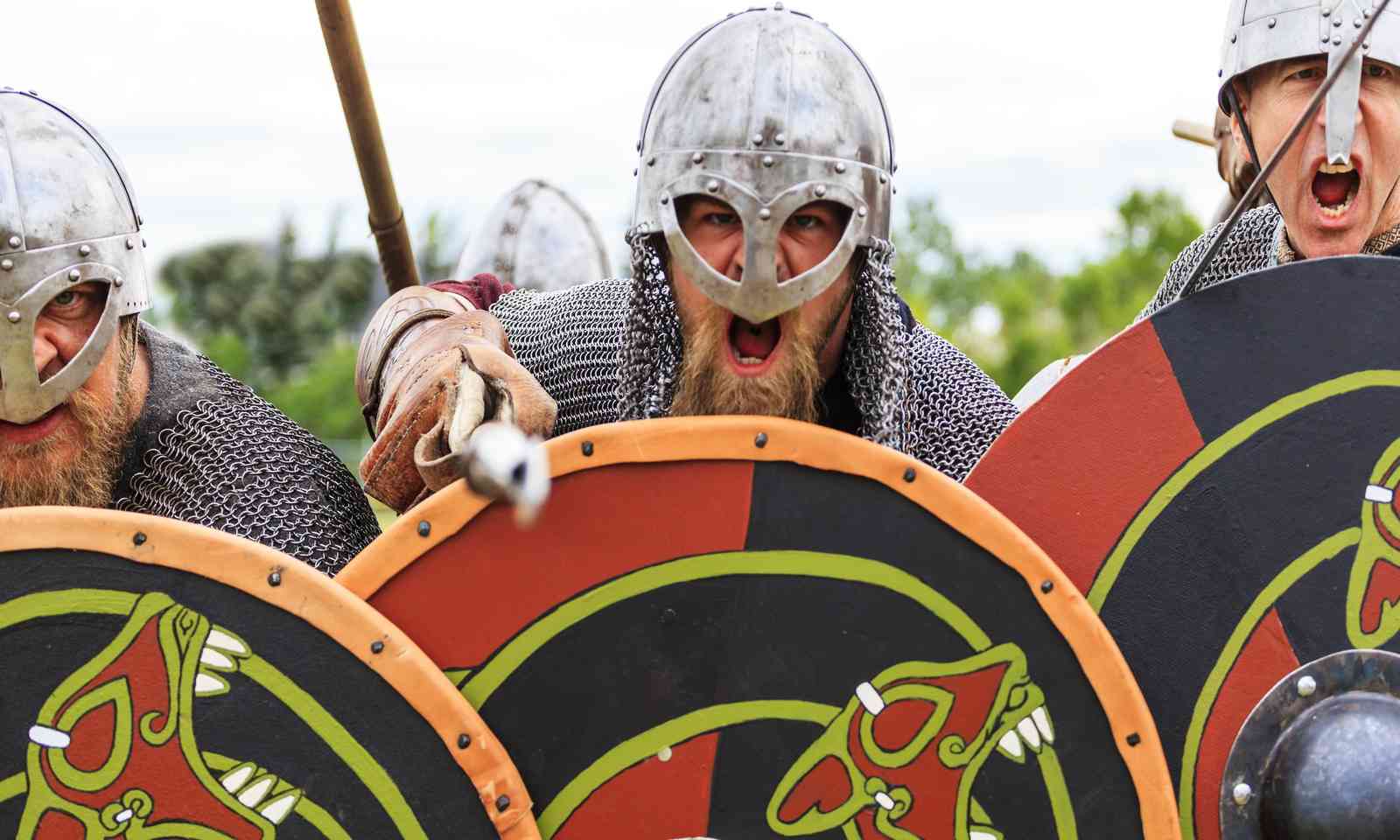 Named after the first settler of Reykjavík, Ingólfur Júliusson the event celebrates nation’s Viking heritage with Viking characters all hard at work, making broth, bread or tending to their authentic Viking-age armour. Tuck into Viking street food, try your hand with a broad sword or simply bond over an ale with Vikings from afar afield as Australia, North America and York.

Known as the ‘Biggest Little Pride in the world’, this colourful event brings tens of thousands of people into the city centre every year to celebrate and show solidarity with the LBGT community in Reykjavik. People of all genders, friends, relatives, and a fast growing number of tourists, all come together to celebrate and support universal human rights. 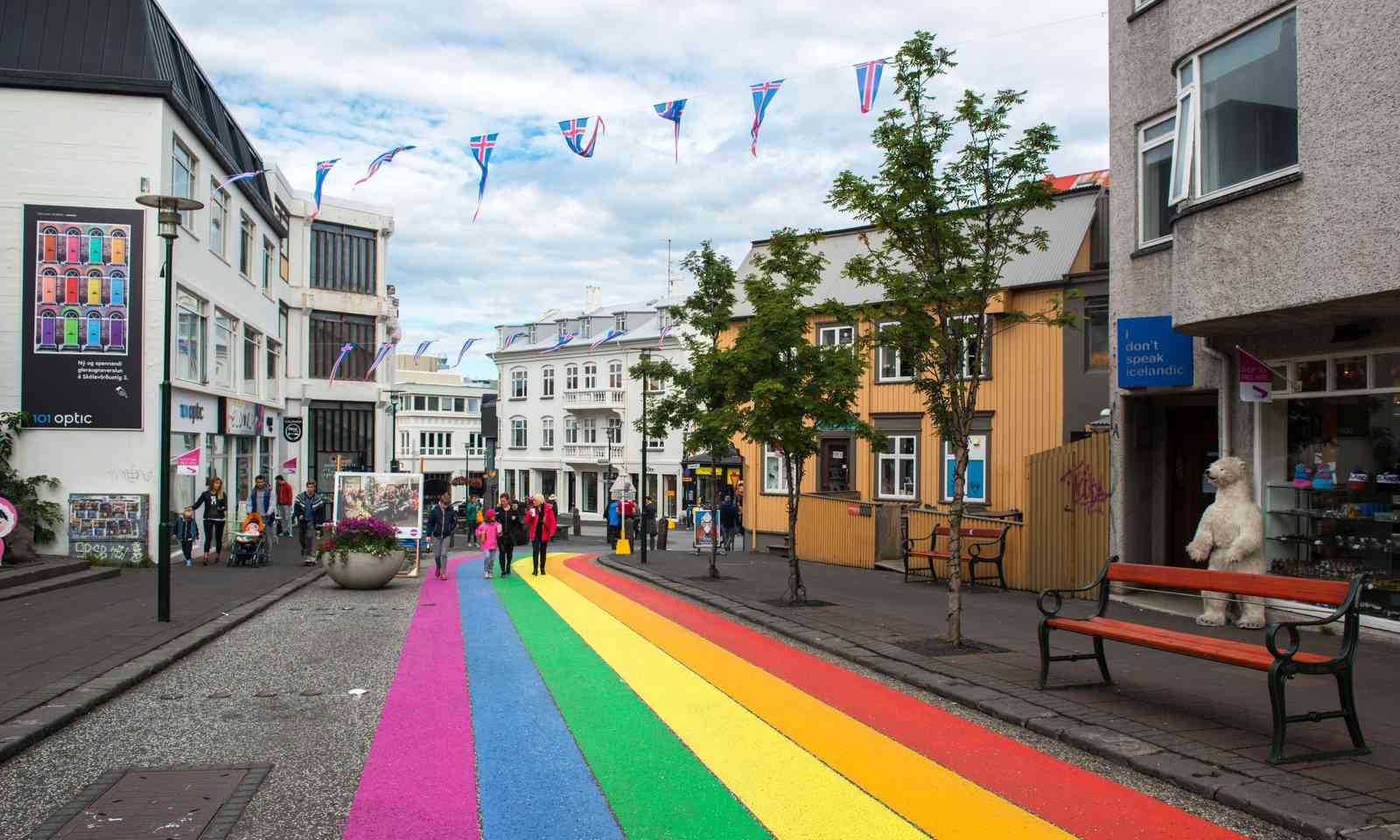 Streets of Reykjavik painted for the annual Pride event (Shutterstock.com)

Reykjavik Pride has been celebrated annually since 1998. This cozy little pride, originally visited by some 1,500 onlookers, has blossomed and evolved into a colourful six-day celebration that attracts over 100,000 thousand guests from all over the world.

The annual Reykjavik Jazz Festival is an increasingly prestigious event on the international jazz scene.The festival hosts performances in a variety of styles, from contemporary jazz and the avant-garde to Latin jazz, gospel and big bands. 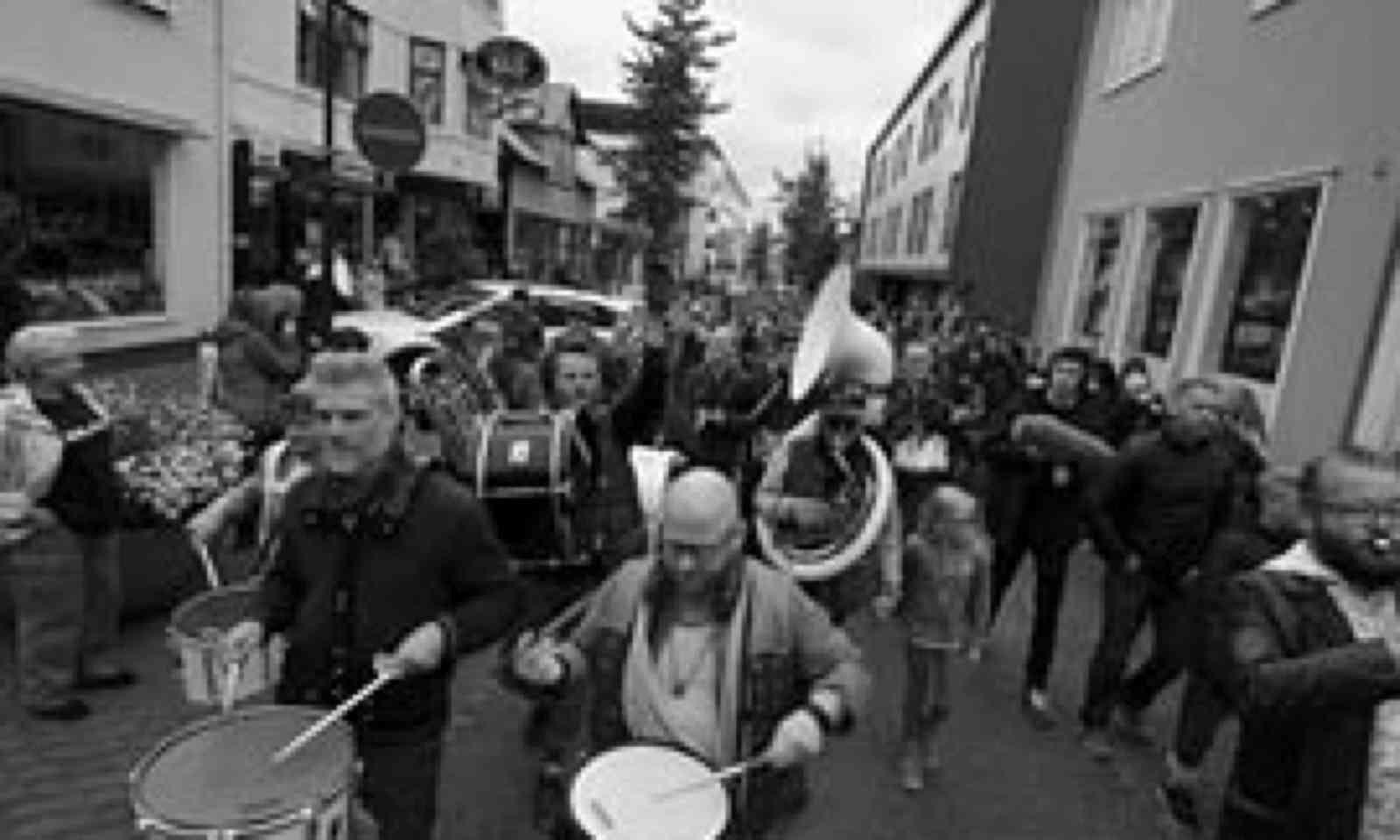 It features many acclaimed international jazz players as well as Iceland’s leading musicians. Against a backdrop of imposing mountains, the venues in Reykjavik provide an unusual and inspiring location for live jazz.