Untouched beaches, marvellous sunsets and retro seaside resorts – Lithuania's wild west coast has it all. You could also find a lump of amber, the region's 'orange gold'

1: For a taste of true wilderness 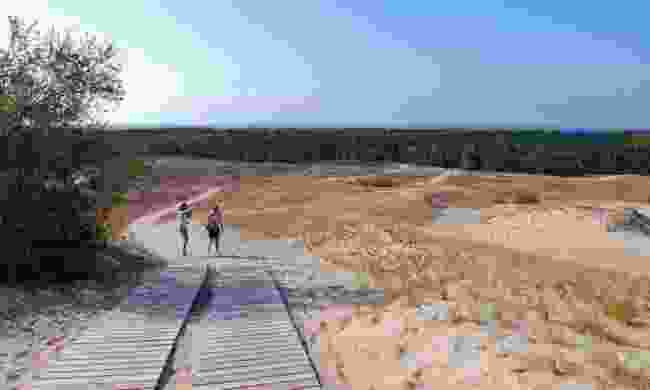 The Curonian Spit, a 98 km-sliver of Unesco-designated dunes, beaches and pine forests, separates the Baltic Sea from the Curonian Lagoon. It’s divided in two, with 52 kilometres in Lithuania and the rest in Russia’s Kaliningrad region to the south.

The slender spit is a natural playground for all of its resident mammals: keep an eye out for seals and passing dolphins on the Baltic side, while moose, elk, red squirrels and, if you're very lucky, the dashing racoon dog are just some of the locals you may spot roaming this remote sandscape. Look up for bats by night and birds such as sea eagles by day.

Head for lagoon-facing Nida, Lithuania’s southernmost town on the spit. This historic fishing village-cum-resort makes a good base from which you can cycle, hike, sail and kitesurf. It’s also well located for dune-scaling at the Nagliai Nature Reserve and Parnidis Dune – both essential to gain perspective and a windswept feel for the spit’s wild side.

2: To find amber in the Baltic Sea 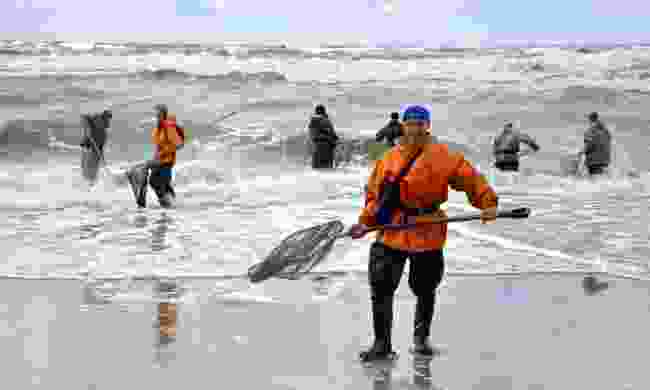 The Baltic is home to the world’s largest known deposit of amber. The warming glow of the fossilised tree resin is a familiar sight across Lithuania, taking all shapes, sizes and colours, from near-white to deep, burnt orange.

As well as the stalls and markets that dot the coast selling jewellery and ornaments, the Palanga Amber Museum is full of everything you never knew you needed to know about this natural gemstone.

What’s more, in Karkle’s Seaside Regional Park, you can try ‘fishing’ for this Lithuanian gold yourself: this involves dragging a large dipping net around in just the right spot of the shallows under the watchful eye of an experienced and all-amber-knowing guide, such as the charismatic Igoris Osnac.

Amber is churned up from beneath the seabed, meaning winter, with its rough, stormy seas, is typically the best time to scoop a piece or two.

Top tip: Embark on your own Amber Journey with the help of this dedicated planner, which shares the history and highlights of the region’s key ‘gintaro’ (amber) attractions. 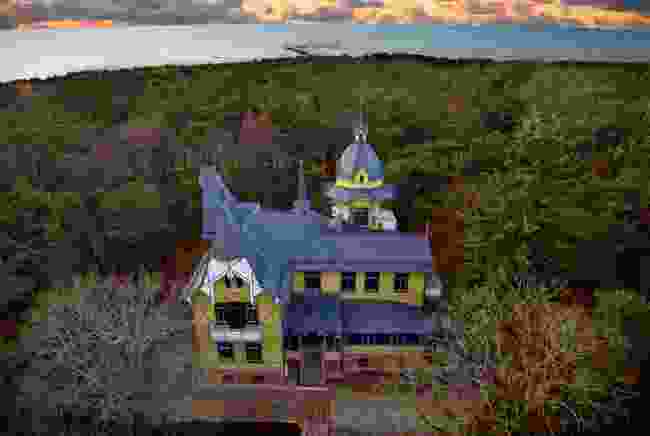 Coastal Palanga is a holiday favourite thanks to its long sandy beach and well-equipped town that leans towards the vintage. Think a Victorian-esque pier, selection of spas and sanatoriums, a beautifully landscaped park, and niche attractions (such as the Dog Museum and the Insectarium), all coated with the sweet scent of candy floss.

It’s also where you’ll find the expertly curated Old Villas of Palanga Trail, a route linking 27 of the town’s signature residences constructed between the 19th and 20th centuries.

It’s ideal for the culturally curious: you’ll traverse neighbourhoods and see different interpretations of the traditional wooden style, all the while learning about Palanga’s architectural heritage as it developed into a popular seaside resort.

Top tip: Pop inside the Old Pharmacy of Palanga, a villa dating from 1827 that still doles out medicines from behind its wooden counter. 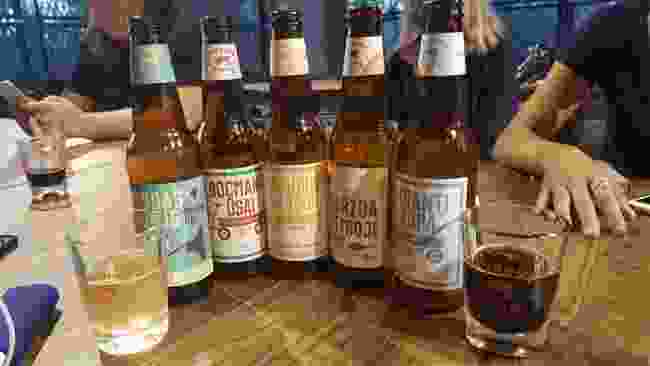 Klaipeda (Memel, as was) is a vital port and Lithuania’s third largest city. It has a complex history, from its medieval roots to being part of Prussia and the German Empire before briefly gaining independence, then falling under Nazi followed by Soviet rule. It has seen it all and is now emerging as a cultural hub on Lithuania’s west coast.

Intriguing museums, wooden-beam buildings, cobbled streets, cosy bars and a thriving university combine to give Klaipeda a fresh, modern feel that can easily be tackled on foot with a map and will for exploration.

After a day soaking in the sights, head to the ultra-cool Švyturys Brewery, where you can take a brief tour to see the giant mash tuns at work and whimsically-named beers (fancy a bottle of Naked Seal?) before settling down to a taste-test to find your favourite.

Top tip: Take the ferry to the Lithuanian Maritime Museum in the Nerija Fort (do walk around the impressive ramparts) for a dose of history, architecture and penguins (courtesy of the onsite aquarium) rolled into one. 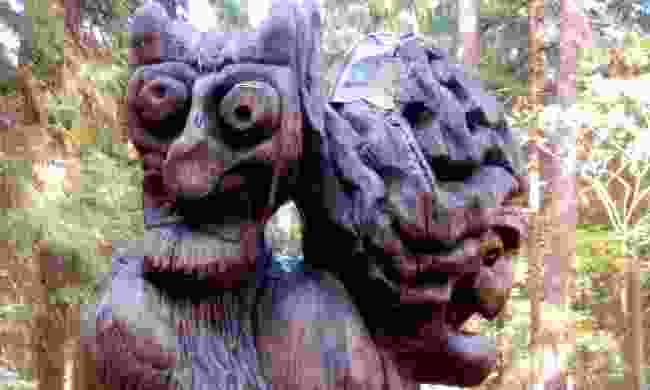 Folklore reigns supreme in Lithuania, where myth and legend can be found hiding in its landscapes, traditions and numerous sculpture parks.

Juodkrantė, the second town on the Curonian Spit, fronts one such woodland walk over Witches’ Hill. This once-upon-a-time exposed dune, which was forested in a bid to curb erosion, has long been the subject of tall, dark tales. Today, its path is lined with an ever-growing selection of handcrafted wooden and ironwork sculptures.

Pass ornate columns and neatly carved creatures as you ascend the wide and bright ‘light side’ before coming face-to-face with the devil, numerous demons and evil witches as you descend the narrower, shadier ‘dark side’.

Sure to terrify young children – and some adults for that matter – a walk over Witches’ Hill is one to remember, especially if talk of dancing witches is to be believed.

The west coast of Lithuania is easy to get to, with direct flights from London Stansted with Ryanair and London Luton with WizzAir to Palanga all year round. For more information, including suggested routes and maps, visit the websites of the Klaipeda Tourist Office, Palanga Tourist Office and Visit Neringa.