5 reasons you must visit Rovaniemi, Finland

Deep in Finnish Lapland, Rovaniemi is a modern city, surrounded by nature. Watch the Northern Lights, tuck into rustic Lappish cuisine and meet a guy in a red suit who calls this part of the world home ...

1: The unique ways to see the Northern Lights 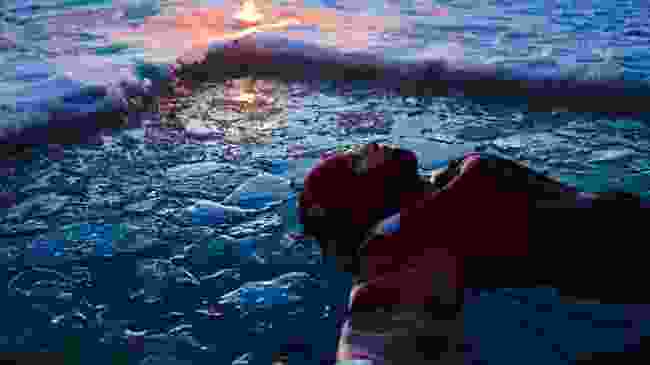 Deep in Arctic Finland, Rovaniemi is one of the best places in the world to see the Northern Lights. If the skies are clear and the conditions are right, you can even view them from the city. The most popular spot is the Arctic Garden behind Arktikum, but any spot along the river bank is good.

Rovaniemi also offers some of the most unique ways of viewing the Auroras in the region too. Like Aurora Ice Floating, for example. Simply don the high tech rescue suit and lay back in the ‘pool’ cut especially in the ice of a nearby river. Or how about a Northern Lights flight? The one hour flight in a small aircraft will give you a totally different perspective of the dancing lights.

The most comfortable and luxurious option is to stay in one of the city’s famous glass igloos. Snuggled under reindeer skins, with a strong local liquor to hand, you simply lay back and wait for the Northern Lights to arrive. Lappish cuisine is simple and rugged, just like the landscapes it comes from. Fresh seasonal ingredients are key, bringing original flavours that are at once familiar and unique. In Rovaniemi, Lappish food tastes equally delicious in restaurants as it does by a campfire in the wilderness.

Not surprisingly, reindeer is an essential part of Lappish cuisine. Sautéed reindeer served with mashed potatoes and fresh lingonberries is a favourite, but no parts of reindeer go unused. You’ll find it served as fillets, cold cuts, jerky, mince and sausages. Each spring, Rovaniemi hosts a Reindeer Chef of the Year competition.

Foraging is an equally essential part of Lappish cuisine. From late July until September, you’ll spot locals berry picking in the forests and on the bogs. Simply ask for some tips and join in.

No visit to Rovaniemi is complete without trying the local dessert, leipäjuusto, or bread cheese, a squeaky soft cheese that is fried and served with fresh cloudberries or cloudberry jam.

3: The incredible nature on the doorstep 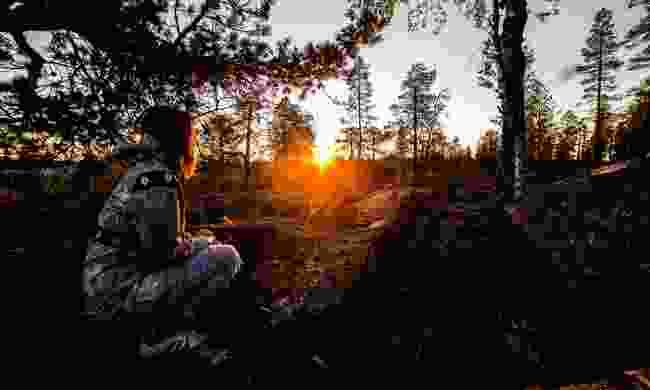 A connection to nature has remained a central element in Lappish life in Rovaniemi. The residents of the city take every chance they can to enjoy the great outdoors, whether that’s fishing and foraging or more active activities like hiking, mountain biking, cross-country skiing, snowboarding and snowmobiling. Staying indoors is just not an option.

It helps having huge swathes of wilderness on your doorstep. Ounasvaara Fell, with its walking trails and wild rivers, is only a twenty minute walk from the city.  Vaattunkiköngäs and Vikaköngäs, entry points into the spectacular Arctic Circle Hiking Area, are a 15 minute drive away. Pyhä-Luosto National Park, at once the oldest and newest National Park in the country when the Pyhätunturi National Park was joined to Luosto park in 2005, offers 142 square kilometres of wilderness and is also within easy reach.

To commune with nature in the city itself, head to Arktikum Park and its landmark glass tunnel. It’s character evolves with the changing seasons and is a popular spot with locals to soak up the Midnight Sun, watch the Northern Lights or observe the wildlife that call it home. 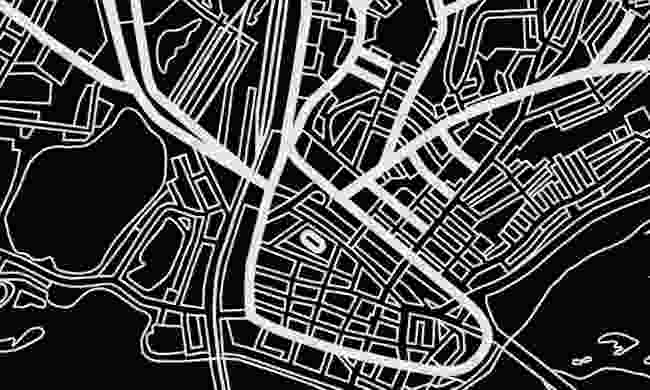 Rovaniemi suffered badly in World War II, with over 90 percent of buildings in the town centre destroyed during the fighting. The rebuilding process began quickly after then end of the war and was led by Alvar Aalto, regarded as one of Finland’s greatest architects.

Aalto decided to honour the city’s status as the capital of Lapland by designing its new layout in the shape of a reindeer head. The Keskuskenttä sports stadium is its eye. The roads leading north, west and south make up the antlers.

Not surprising, Rovaniemi is home to many idiosyncratic buildings. The iconic glass tube of the Arktikum represents the frozen finger of the north, the direction it points in. The Science Centre Pilke, headquarters of the Forestry Commission, is built entirely of wood. Even the old post bus depot, one of the few buildings to survive the war, has been refashioned in an usual way. It is now home to the Korundi House of Culture.

5: It’s the official home of Santa 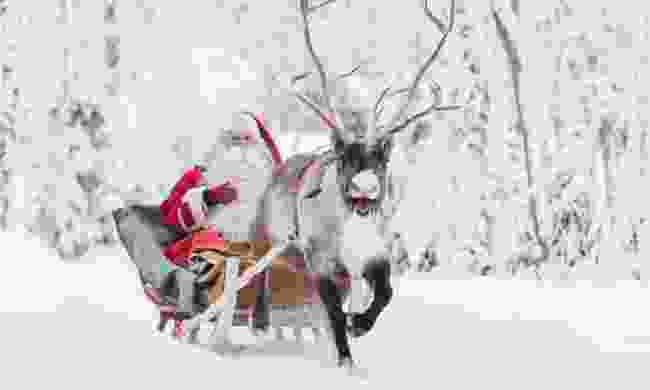 Santa on his sled near Rovaniemi (visitrovaniemi.fi)

Legend has it that Santa Claus’ original home lies in the mysterious Korvatunturi (Ear Fell) in Finnish Lapland. But when a cabin was hastily built to mark the spot just north of Rovaniemi for a visit in 1950 by Eleanor Roosevelt, the city assumed the mantle of Santa’s Home town. A post office for Santa was established in 1985 and in 2010 the city received the status of the Official Hometown of Santa Claus.

You can visit Santa every day of the year at Santa Claus Village, reached by local bus number 8 or the Santa Express that leaves hourly from Rovaniemi city centre. Expect plenty of festive themed shopping and eating, as well as rides on husky and reindeer sleds and snowmobiles. A one-on-one with the big man himself is essential.

From October 31, 2018 Easyjet will fly direct from London Gatwick to Rovaniemi every Wednesday and Sunday. For more details visit easyjet.com