With its picturesque port and stunning coastline, watched over by an ethereal ruined abbey, Whitby is the ideal English seaside town. Throw in the world’s best fish and chips, and its close to perfect... 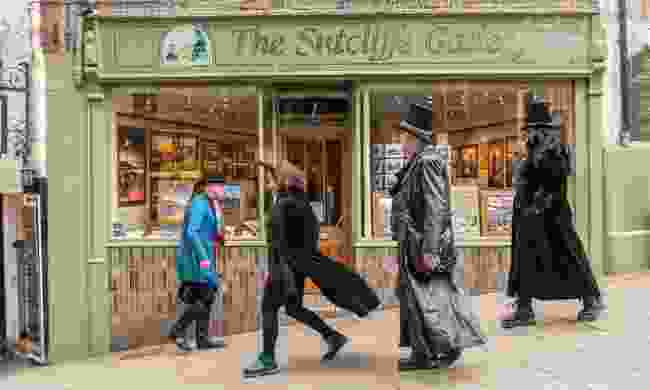 Goths walking through town during the Whitby Goth Weekend (Shutterstock)

With its ruined abbey, sombre and alone, looking over the town from high on East Cliff, there has always been something ethereal and otherworldly about Whitby.

Perhaps that’s why Bram Stoker chose to set his famous Dracula novel here, with the count bounding up the famous 199 steps disguised as a hound of hell. And why every October Whitby is invaded by denizens in black for the annual Whitby Goth Weekend.

If you miss the weekend - with its stalls, concerts and impromptu goth fashion parades - fear not. The town, and in particular, Whitby Abbey, retains its spectral charm.

Recently voted Britain’s Most Romantic Ruin, you can walk amongst the crumbling stonework of the abbey or wander through the equally atmospheric cemetery.

The views back over the town and harbour are stunning here, especially at sunset. You'll be reaching for the kohl eyeshadow in no time. 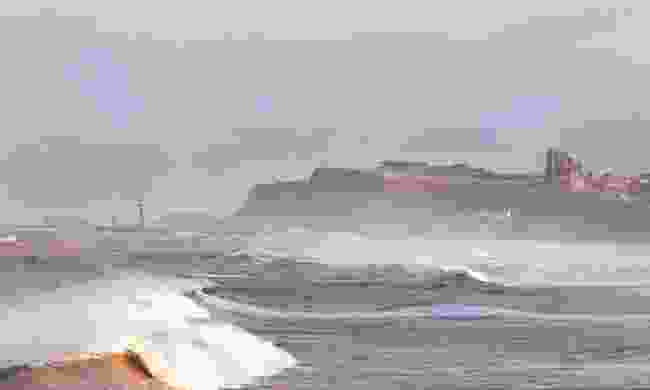 The Whitby coastline on a stormy day (Shutterstock)

The coastline around Whitby is both wild and sedate, offering something for everyone. There’s a family-friendly beach close to town offering the full bucket-and-spade experience, 99s and amusement arcades included.

Just west of the town you’ll find West Cliff Beach, lined with colourful beach huts, and a line of golden sand that stretches for two miles towards the pretty little fishing village of Sandsend. To the east, you’ll find bays and beaches backed by imposing cliffs formed over 185 million years ago.

Dubbed Yorkshire’s ‘dinosaur coast’, the shingle cliffs here are laden with fossils, with new finds revealed with every storm, rockfall and landslide.

A simple stroll along the beach often reveals a fossil or two, especially near the cliff face. For a better chance of finding a prehistoric souvenir, go on one of the fossil tours operated out of Whitby.

Starting from Whitby Abbey, these fossil hunting trips will take you down to neighbouring Saltwick Bay. Your guide will have the knowledge and the tools to help find a fossil safely.

3. To take a Captain Cook at the museums 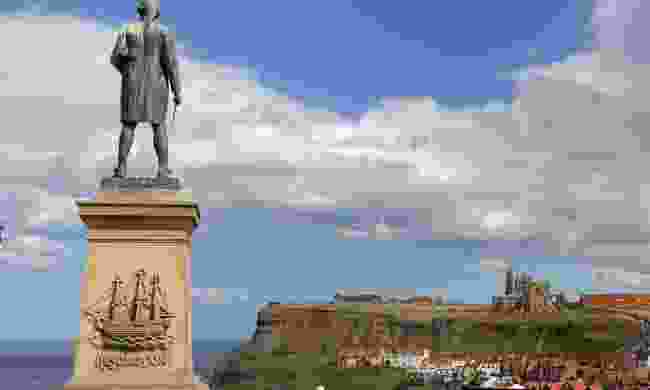 Captain James Cook was one of Britain’s most important navigators, famously mapping New Zealand and discovering the east coast of Australia in the HM Bark Endeavour.

He started his seafaring life in the tiny fishing village of Staithes, before moving to Whitby and getting an apprenticeship with ship owner, John Walker. He spent his formative years here, honing his nautical skills on a regular coal run between Newcastle and London.

There’s a memorial statue of Captain Cook up on West Hill, gazing back across Whitby, just to the left of the famous Whale Bone arch. The plinth features the names of the ships he commanded, including the famous Endeavour, all built in Whitby.

Those interested in the man and his life should head to the Captain Cook Museum on Grape Lane.

Set in the handsome harbourside house when the young James lodged as an apprentice, it is jammed with everything you’d want to know about this most famous of seafarers, including original maps, letters and paintings, as well as models of the ships he commanded. 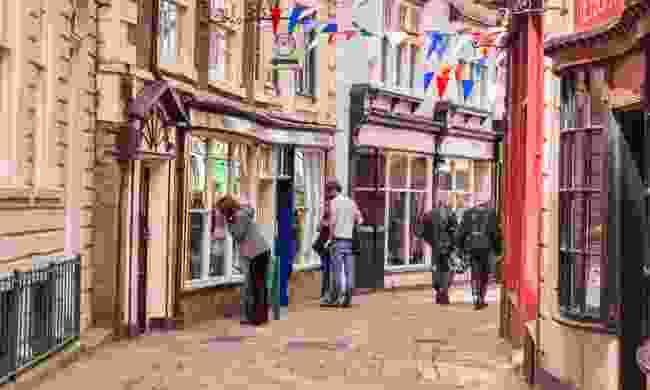 No, not jet planes. Rather Whitby Jet, a jet-black gemstone made from fossilised wood, that the town has been famous for since Victorian times.

Queen Victoria herself was a fan – she wore a lot of Jet jewellery when she was mourning the death of her husband Albert. And its light weight and intense black colour has made it a popular choice in large statement pieces to this day.

There are jewellery shops dotted throughout the old town, selling new creations featuring the gems, as well as stunning pieces dating from the late 1800s.

Millions of years in the making, Whitby Jet is found only in this part of north-east England, usually  washed up on the beach but sometimes dug from seams exposed on cliff faces. It is cut and polished and used in all kinds of jewellery.

To find out more about this fascinating gemstone and its history in the town, call by the Museum of Whitby Jet.

Set in the newly renovated Wesley Hall, it features a collection of antique tools, Jet jewellery and the largest piece of Whitby Jet found to date – 21ft in length and needing six people to hold it!

To see the last remaining example of a Victorian Jet workshop, head to the Whitby Jet Heritage Centre, through a crooked doorway off cobbled Church Street.

5. The world’s best fish and chips? 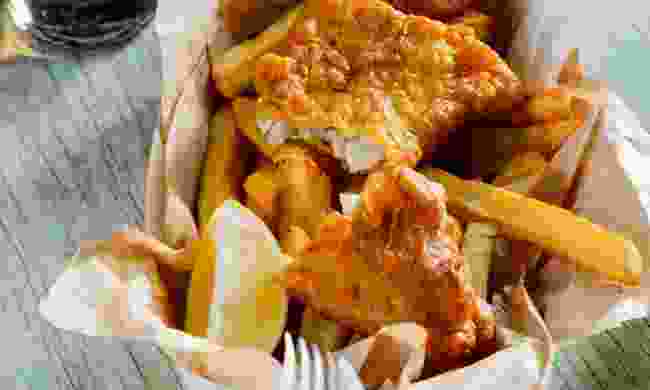 As befits a British seaside town, Whitby is crammed with fabulous fish and chip shops. And because its a working fishing port, the fish is as fresh as you can get, with many of the the shops getting their fish straight from the source, dipping it in batter and serving it within hours of it being caught.

The most famous fish and chip shop in Whitby is Magpie Café, voted the best Fish and Chip shop in the world in 2007. Set centrally at 14 Pier Road, you can’t miss it. Just look for the queues!

Other popular establishments include Hadley’s Fish and Chips, voted the best in town by the local newspaper and Trenchers, a traditional chippy that has been serving delicious cod, haddock, and scampi since 1980.

Vegans and vegetarians should head to Robertson’s for a variety of meat-free options, including their famous onion rings, fried in gluten-free batter.

For something a bit different, head to Fortune Kippers, a ramshackle smokehouse and shop, that has been smoking and selling kippers since 1872.

The shop feel like it hasn’t changed for centuries. And the smoke house, with its charred black walls and fish hanging from the rafters, is a sight to behold – and smell.

More things to do in northern England:

The 7 best walks in north-east England

A last-minute weekend in York