Just voted the most liveable city in the world for the ninth year in a row, the Austrian capital is bursting with cool cafes, vast city parks and culture. Here’s why you need to get there now. 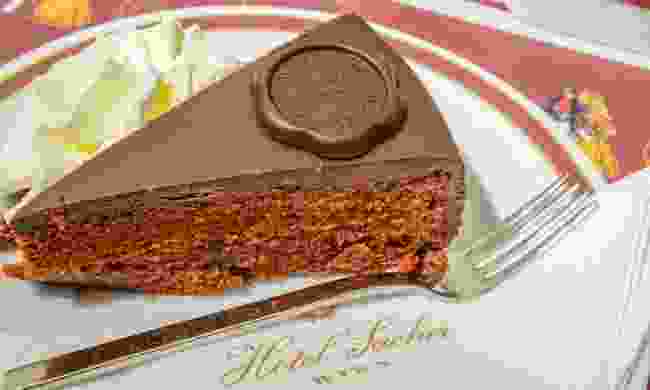 Coffeehouses have been an essential part of the city’s cultural fabric since the first one was opened back in 1685. They are temples to conversation, places to gather, to meet, to discuss, to gossip. And drink great coffee and eat Sacher Torte, of course.

Grand cafes are scattered across the city and each one has its own character. Finding your favourite is one of the real joys of visiting the city. Café Central, with its vaulted ceiling, glittering chandeliers and gilded mirrors is the most opulent. Café Sperl offers cosy booths and a more convivial atmosphere. Café Sacher, not surprisingly, is famous for its Sacher Torte.

Cafe Drechsler, near the Naschmarkt, has been a favourite with locals since 1919. Café Griensteidl is famous for its lunch menu, featuring of goulash and semmel bread. Perhaps you’d like to drink coffee in a cafe where both Mozart and Beethoven performed? Then Café Frauenhuber is for you. 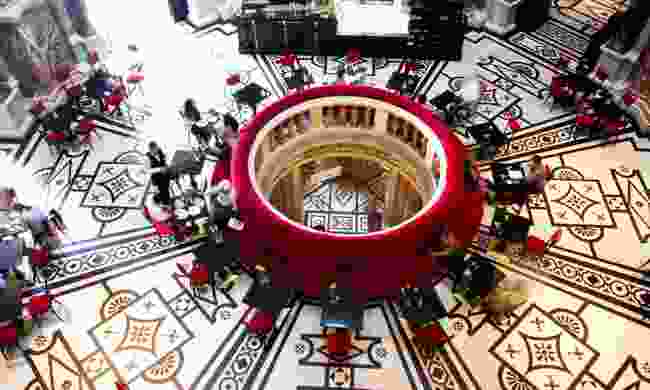 Bird’s eye view of the interior of Kunsthistorisches Museum (Dreamstime)

As befits a city of such sophistication, Vienna is home to some of the most important museums and art galleries in the world. Better still, most can be found in a single area - the 60,000 square metre Museumsquartier in the 7th District.

Here you’ll find Belvedere Palace and the Austrian Gallery, home to the world’s largest collection of work by Gustav Klimt, including his masterpiece, ‘The Kiss’, the Kunsthistorisches Museum, built by Emperor Franz Joseph I to house the treasures of the Hapsburgs and the Museum of Modern Art. Museumsquartier is also where many outdoor festivals are held in the summer.

Elsewhere in the city you’ll find the Sigmund Freud Museum, situated in his former residence and office, the Museum of Applied Art and the Schnapps Museum, an institution dedicated to the nation’s favourite fruit liqueur. 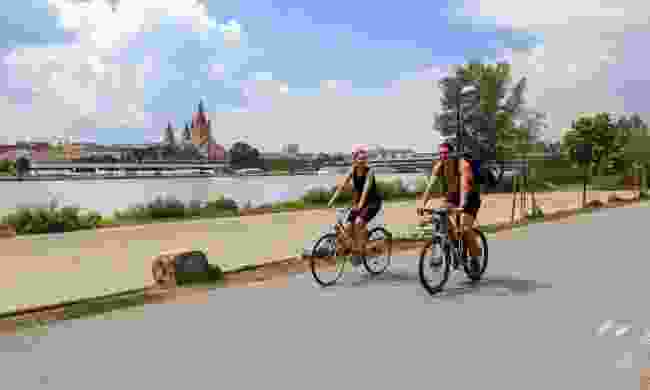 Cycling on the Donauinsel island (Dreamstime)

Vienna is a city perfect for cycling. The Ringstrasse, a grand boulevard which circles the old part of Vienna, has a wide cycle path that offers stress-free city cycling and gives a wonderful overview of the city. If you want to check out the sights of the Vienna’s grand first district, turn onto Schottentor and then down Herrengassen to Opernring for a quick taste of the inner city.

For a taste of the outskirts of the city, try the Vienna River Route. Beginning at Vienna’s western border, this lovely route will see cycling along Lainzer Tiergarten to Schönbrunn Palace before ending at Naschmarkt near Karlsplatz.

Or you could follow the lead of local cyclists and head to Donauinsel, is an island in the middle of the Danube in the middle of Vienna. The city feels a million miles away here and on a hot day, there even the chance to take a dip in the mighty Danube at the island’s northern end. 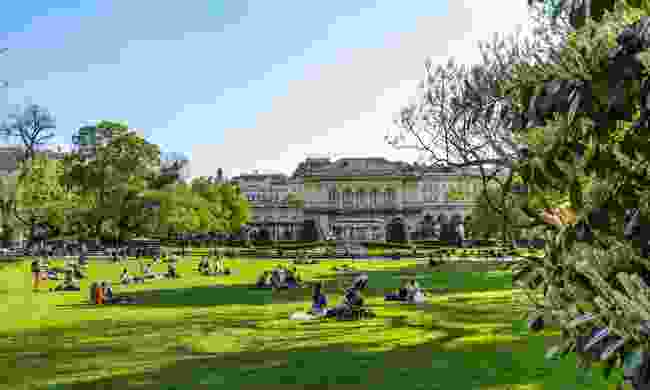 One of the most important criteria that judges use to determine the most liveable cities in the world is the number of green spaces in a city, a clue to why Vienna always rates so highly. There are over 2,000 parks in Vienna with over half of the city’s area made up of parks, gardens and woods.

A local favourite is the central Stadtpark, 28 across of greenery in the middle of the city, divided in two by the pretty Wienfluss (Vienna River). On a sunny day it seems like everyone in Vienna is picnicking here.

The former imperial gardens are worth a visit too, often decorated by a grand palace, fountains and a statue or two. The former palace garden, Burggarten, actually featured a statue of Hercules fighting a lion in the middle of a fountain. Volksgarten (People’s Park) was once part of the Hofburg palace garden and is famous for its stunning rose garden, featuring over 400 species from all over the world. 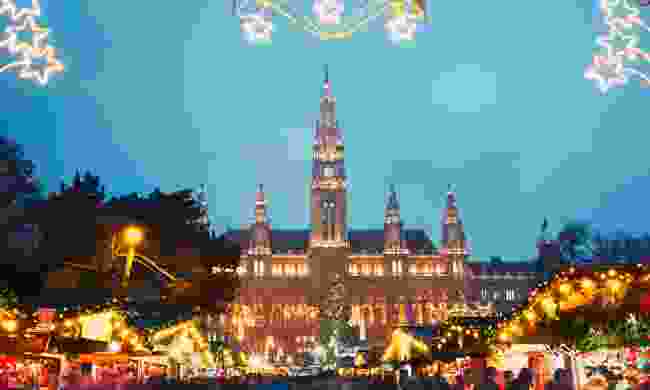 The Christmas markets in Vienna are famous all around the world. It seems the entire city is imbued with festive spirit. The main shopping streets of Graben, Kohlmarkt and Kärntner Strasse are decked in twinkling lights and each square boasts its own Christmas tree. And then there’s the markets, lots of them.

The biggest, and most famous, is held in front of the City Hall in Rathausplatz, where you’ll find your fill of hand-painted glass decorations, festive knitwear, wood carvings and copious glühwein and lebkuchen (gingerbread biscuits). The oldest, dating back to 1172, is on the cobbled streets of cobbled street of Freyung, while the one at Spittelberg is famous for its handcrafted and artisanal products. The Christmas Village at Maria-Theresien-Platz, in the Museum District, is a popular place to indulge in bratwurst, käsekrainer (cheese-filled sausage), ofenkartoffeln (baked jacket potato with filling).