7 reasons you must visit Victoria, Seychelles

In 2020, the tiny capital of the Seychelles celebrates the 250th anniversary of its founding. Here are other great reasons to visit Africa’s smallest capital city... 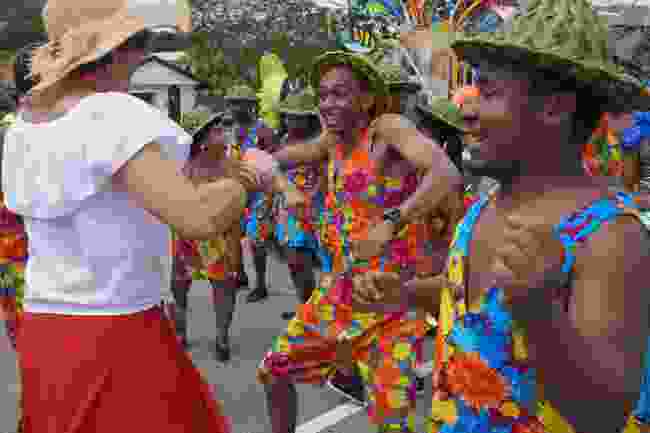 2020 marks the 250th anniversary of the founding of the Seychelles as a nation and a year-long program of events, concerts and festivals have been organised to celebrate. Many of the biggest events will be held in Victoria, centred around Freedom Square and the beautifully restored, colonial-era Law Courts.

This is on top of an already packed calendar of annual festivities celebrated in the tiny capital. A raucous Carnival celebrations takes over Victoria for three days every February, the same month the local Hindu community in Seychelles lead a procession through the streets of the city to observe Thaipusam Kavadi Festival. There’s a festival celebrating French culture in March, an Arts Festival in May and a Festival of Classical Music in June.

The biggest and most colourful celebration, however, is the annual Festival Kreol, held across the all the islands in October.

Victoria is the centre of most of the big events of the Festival Kreol, with a grand opening ceremony that involves food stalls and performance by some of the Seychelles’s biggest music stores. Other events celebrating Creole culture include a traditional creole wedding ceremony.

The festival culminates in the parade, where colourfully decorated floats rumble through town centre, accompanied by bands and dancers, out to Stade Linité, the sports stadium, where festivities go long into the night. 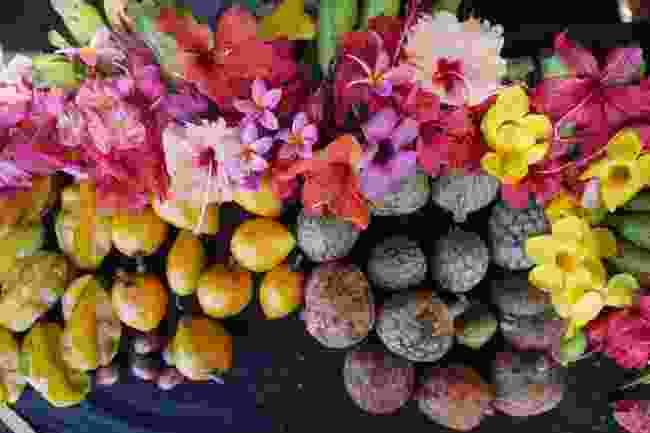 Creole cuisine in the Seychelles is fresh, tasty and unlike anything you’ve ever tasted before. It’s a delicious mix of the flavours of the cuisines that make up the melting pot that is Creole culture, and Victoria is the best place to sample creole cuisine in all its forms.

For an overview of Creole cuisines most famous dishes, head to Marie Antoinette, a Creole restaurant situated in a beautifully restored wooden house overlooking the city. The  taster menu, offered every lunchtime, is a great way to sample all of the cuisine's most iconic dishes.

To sample every day Creole food, follow the lead of the city’s office workers and get a lunchtime takeaway from one of the local food stalls. Served in eco-friendly containers – plastic has been banned here – these tasty curries are best enjoyed in one of the parks overlooking the harbour or on benches in front of the National History Museum. The takeaway stall at the Maritime Charter Association seems to get the biggest queues.

Further out of town, The Boat House, right on the beach at Beau Vallon, has an all-you-can-eat creole buffet most nights of the week. And every Wednesday night hawkers set up food stalls along the tree covered path there selling authentic creole staples that are hard to find anywhere else, including Bat Curry, usually only found only Praslin Island.

3. The tranquil botanical gardens - and their rather large residents 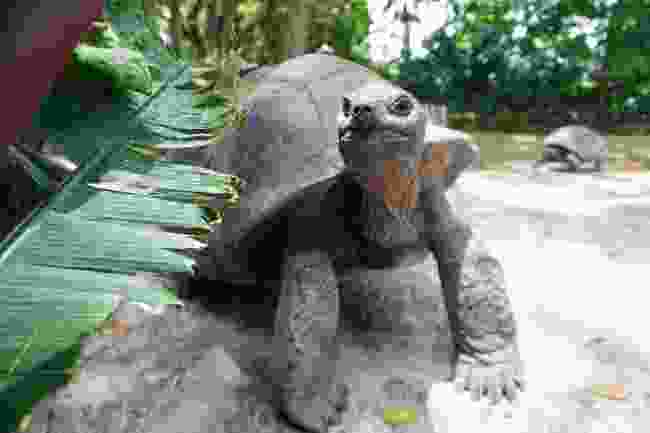 On the southern edge of town, just opposite the hospital, you’ll find Victoria’s Botanical Gardens, a lush, 15-acre retreat from the tropical heat. Reclaimed from tangled undergrowth, set between two streams, it was laid out in 1901 by the French botanist, Rivaltz Dupont, and features both exotic and endemic plants that he collected in his travels.

The Gardens are dissected by a single path that will lead you past a spice garden, a ginger lawn and rainforest to a Chinese garden, gift to the city by the Chinese Government. Make sure to stop an admire the Garden’s mature Coco De Mer tree. This is the only place in Victoria to see this rare and exotic palm, famous for its salacious seeds that look like a female bottom.

The Botanic Gardens is also the best place to see Aldabra giant tortoises. Turn right on to the path just before the Duke of Edinburgh Garden and you’ll be led to a spacious enclosure where about 20 or so of this amazing creatures live.

As big as their more famous cousins in the Galapagos, Aldabra tortoises come from an atoll of the same name and love to wallow in the mud and ponds here. For a small fee, you can walk amongst them, feeding them with a bunch of tasty leaves, provided by guards at the gate.

4. The museums and galleries As the only settlement of any size in the Seychelles, Victoria is also home to the best museums and galleries in the islands. Most of them are clustered around Freedom Square, right next to the Clock Tower, a quaint Victorian-era replica of the clock near Victoria Station in London.

It sits in the middle of a roundabout on Independence Avenue, shaded by trees. Sadly, it’s not working at the moment. They’re waiting for a part from India, where the clock was made back in 1901.

The newly renovated National Museum of History, situated in the old Law Court buildings, charters the short but intriguing history of the Seychelles and is where you’ll find the Stone of Possession, placed by the French in 1756 to claim the islands and a statue of Queen Victoria, just outside, under a shady tree.

The National Museum of Natural History is just down Independence Avenue, easily spotted by the life-size crocodile and dugong statues either side of the entrance stairs. It is currently getting updated, but is a great place to learn about the natural wonders of the island, including everything you ever wanted to know about Aldabara tortoises. The plan is for it to reopen in time for the anniversary celebrations.

Art lovers will want to visit Kaz Zanana (Pineapple House), the restored wooden creole house featuring the work of the Seychelles’ most famous artist, George Camille. Situated just on the edge of the CBD, such as it is, it is full of Camille’s incredibly colourful works that capture the creole spirit and lifestyle of these islands. The cafe there makes a great fruit smoothie.

5. The islands and beaches 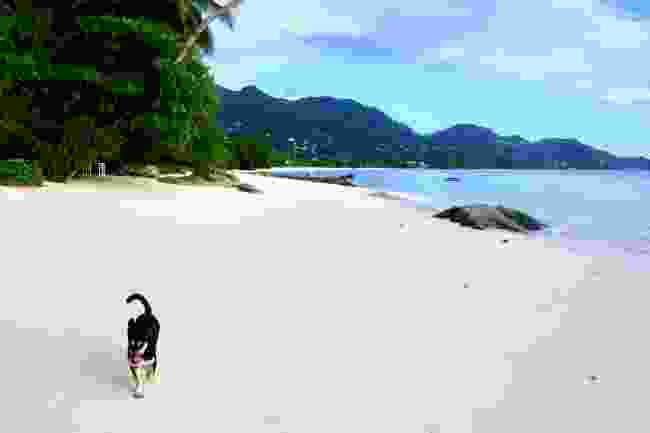 While there are no beaches in Victoria itself, gorgeous white sand beaches, just like the ones you see in the brochures, can be found on the outskirts of the city.

Beau Vallon, the beachside town to the northwest of the capital, is considered one of the most beautiful in the Seychelles and definitely the most popular. There are beaches to the south too, largely deserted and used primarily by locals. Catch a bus towards Au Cap, get off anywhere after the airport and cross the road to the water. If you’re lucky you’ll stumble across some locals playing dominoes under the shade of a palm tree and be invited to join in.

Saint Anne island, visible from the harbour, is a popular day trip, offering snorkelling in clear waters, glass bottom boat tours and picnicking on deserted beaches. There’s also the chance to ‘pop’ over to the Seychelles other island paradises, Praslin and La Digue, with regular ferries setting off from the Inter-island Quay at the end of Flamboyant Avenue.

If hiking, is more your speed, head for Morne Seychellois National Park. Starting just behind Beau Vallon, the parks covers 20% of the island of Mahe, stretching from sea level to the top of Morne Seychellois, the tallest peak at 905 metres. There’s a series of relatively well-marked trails that will take you through secondary forest and cinnamon trees to the top of the mountain.

6. The impressive churches and temples 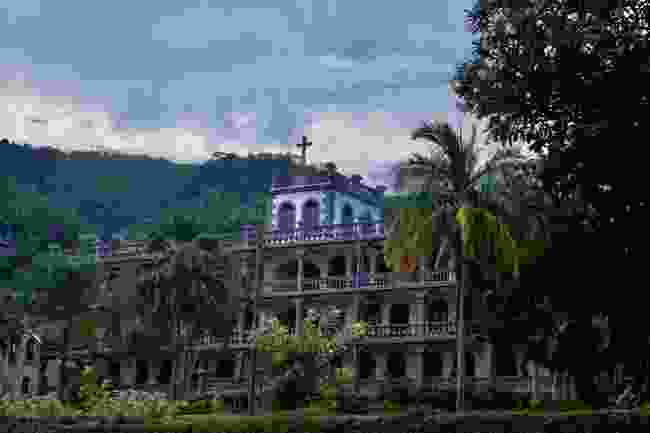 As the capital of the Seychelles nation, Victoria is home to the largest and most impressive places of worship in the islands.

St Paul’s Anglican Cathedral, on the corner of Albert Street and Revolution Avenue, is the oldest chapel in Victoria. Consecrated in 1859, it is an open and airy church, perfect for tropical climes and features island-themed satin glassed windows.

The Roman Catholic Cathedral of the Immaculate Conception on Maradan Street, just past the markets, is a solid granite building, backed by green hills and framed by frangipani trees, a particularly beautiful sight when the trees are in bloom.

Right next door you’ll find the Spanish-style Capuchin House, a three-story building of arched doors, wide verandas and imposing balustrades. It is the most impressive building in the capital.

For something completely different, head back towards the markets and onto Quincy Street, where you’ll find the colourful Arul Mihu Navasakthi Vinayagar Hindu Temple. Only built in 1992, it has already become of the capital’s most colourful and popular attractions. 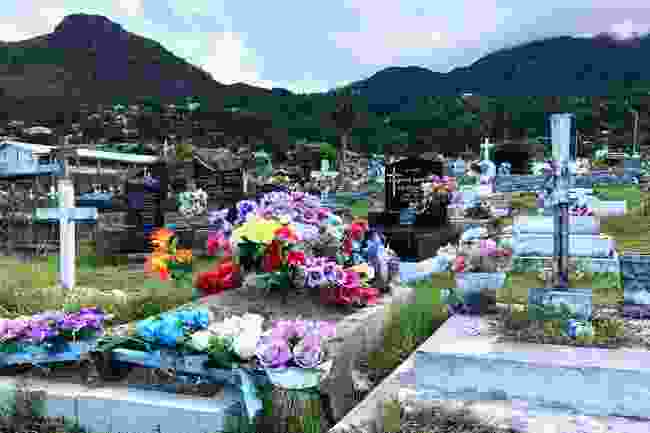 The Mont Fleuri cemetery, just south of the city centre, is one of the largest and oldest burial sites in the Seychelles.

Spilling down a gentle slope and backed by granite peaks that are fringed with green forest, this beautifully situated cemetery was opened in 1875. It is final resting place of Victoria’s great and good, and its less notable citizens too.

Princess Reshia is buried here. She was one of the wives of the ex-sultan of Perak, Abdullah Jaafar Moratham Shah, who was sent into exile in Seychelles in 1877. And there is a moving memorial to the 289 young Seychellois men who died in East Africa during the First World War and whose bodies were never brought home.

Peaceful and tranquil most of the year, the cemetery gets a little more lively around on All Souls Day, celebrated every year on 2 November. Like Mexico’s famous Day of the Dead, families descend upon the cemetery to clean plots, whitewash headstones and lay colourful wreaths of flowers, as well as ‘gifts’ of alcohol.

For more information about travelling to the Seychelles, visit the country's official website, Seychelles Travel

More things you must do in the Seychelles:

How to experience authentic Creole culture in the Seychelles

5 reasons to visit the Seychelles

Discover wildlife on the island of Curieuse