5 reasons why you must visit the Cairngorms

Scotland’s rugged and romantic scenery contains some of the world’s greatest natural treasures. Spanning 4528 square kilometres – twice the size of the Lake District National Park and bigger than the whole of Luxembourg – the Cairngorms National Park stands as the jewel in the crown. Brimming with clear lochs and rivers, spectacular vistas and ancient forests, the park is the ultimate escapism destination for adventurers looking to leave the urban bustle behind. It’s even home to four of the five highest Munros; Ben Macdui, Braeriach, Cairn Toul and Sgor an Lochain.  The Cairngorms offer endless possibilities for people to connect with nature in an environment unlike anywhere else in the world. 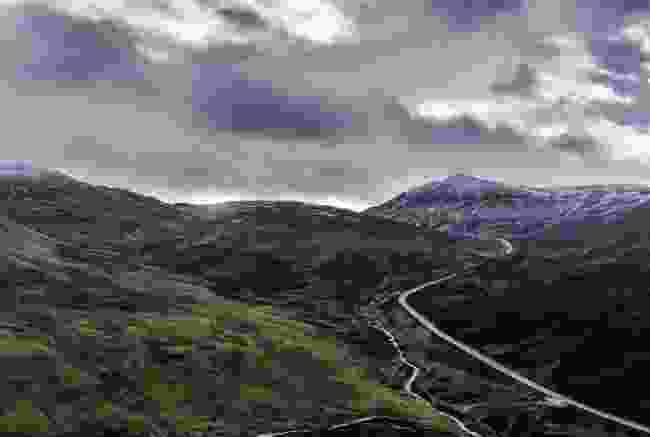 Take it slow on the Snow Roads (Neil Williamson)

Scotland’s landscape has been shaped and moulded by the millennia, its peaks and glens carved into the landscape by Ice Age glaciers and there is no better way to experience this than the Cairngorms Snow Roads; a 90-mile scenic route of dramatic twists and turns, traversing the highest public road in Britain.

Taking you from the beautiful market town of Blairgowrie to the traditional Highland town of Grantown on Spey, it’s definitely the kind of road where you will want to stop and stare. Indeed, there are even several art installations speckled along the route encouraging you to do just that.

The Snow Roads also offers you access to some of the most stunning Munro routes, often from the less beaten track.

The ‘easiest’ Munro within the park is particularly well accessed from the Snow Roads – Cairnwell – which offers a relatively straight forward ascent. The mountain and its two neighbours, Carn Aosda and Carn a’ Gheoidh, can easily be summited in short succession of one another, allowing visitors to ‘bag’ three Munros in one day. Glenmore Forest is well-known for its caledonian pinewood (VisitScotland)

Described by Sir David Attenborough as a ‘glory of wild Scotland’, this is actually part of an ancient forest range found exclusively in Scotland and Norway. You can lose yourself for hours in the deep woodland, enjoying the silence and solitude as you stroll beneath the canopy.

The forest is one of several havens for the Cairngorms’ hugely diverse ecosystem of plants and animals and the national park is home to 25% of the UK’s rare and endangered species. Look out for golden eagles, red deer, wild cats, ptarmigans, pine martens, otters, and black grouse – and the UK’s only herd of semi-domesticated reindeer.

The free roaming reindeer were introduced to the mountains in 1952 by a Swedish herdsman and they have flourished. The group now consists of 150 reindeers who can be visited during daily guided hill trips. The National Trust for Scotland’s Mar Lodge estate, within the forest is also well worth a visit. Home to one of Scotland’s oldest known pine trees, dating back to 1477, this spectacular landscape is currently undergoing a woodland expansion to help secure and enhance the forest’s functioning eco-system. After wandering the woodlands here, you can even sample its local gin made from the pine forest botanicals. 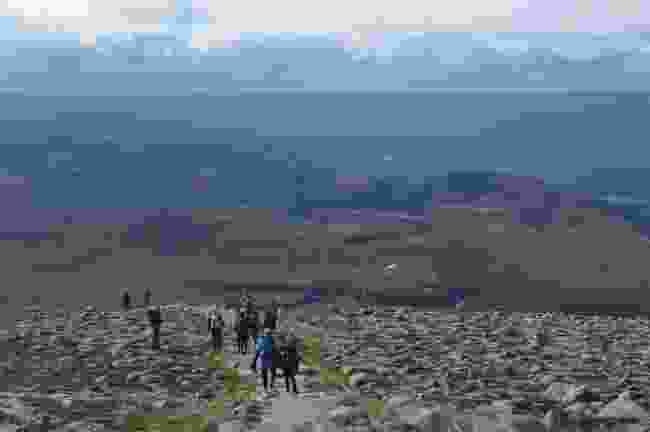 The Cairngorms National Park is criss-crossed by a network of paths which allow visitors to explore and immerse themselves in the landscape. Among them is the Cairn Gorm Circular Route – a 7.2-mile loop which is popular with dog walkers, hikers, trail runners and bird watchers, on the lookout for eagles. It takes just over over four hours to complete and does include a few steep ascents, so make sure you are dressed for the weather. The Speyside Way is also the perfect outing for bird lovers who want to visit the Osprey Centre at RSPB Loch Garten and, at 11 miles, travels through mostly flat countryside. The national park contains plenty of other, more challenging hikes, which could give you the excuse to spend an overnight stay in a bothy – one of several remote dwellings which are free to use and popular with walkers and climbers.

Read next The best walks in Cairngorms National Park 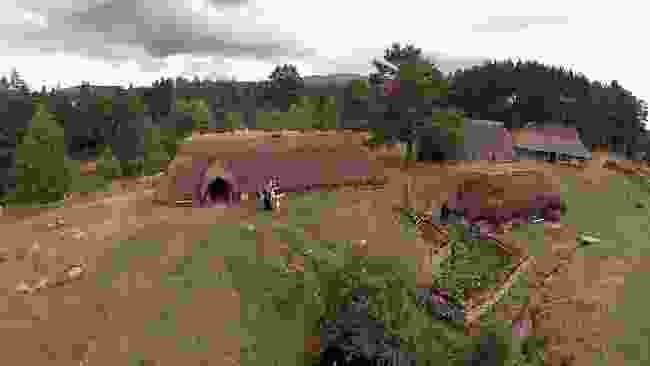 Fans of TV’s Outlander will instantly recognise the recreated 200-year-old township in this award-winning Highland Folk Museum in Newtonmore. Walking through this innovative outdoor museum, set amid pine trees, is like stepping back in time, into a farm, schoolhouse, and an antique sweetie shop.

For a more contemporary look at Highland life, Eleven41 in Kingussie is a dedicated photographic adventure gallery.

And the east of the Cairngorms, near Ballater, features a truly unusual gem in a ‘mini museum’ constructed inside a restored Automobile Association box (number 472) which offers visitors the chance to view a ‘little piece of motoring history’. 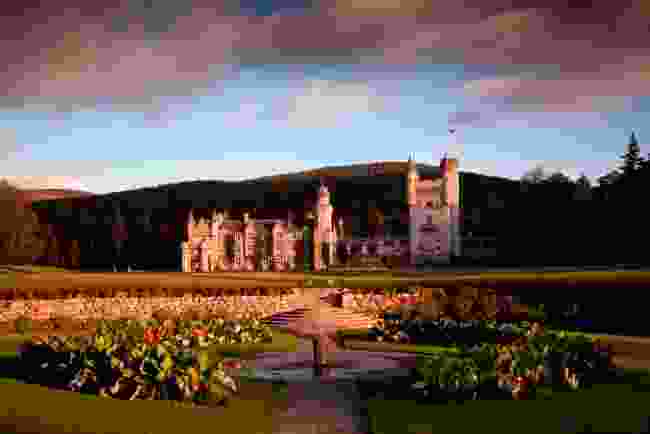 Royal enthusiasts and fans of The Crown can visit the grounds of Balmoral Castle, Queen Elizabeth II’s private holiday home. The estate opens its doors to the public (and their dogs!) from April to August and visitors can explore the gorgeous gardens and exhibitions.

The Cairngorms National Park is steeped in history, not just around Royal Deeside, but all over. You can also learn about Scotland’s Jacobite Risings at Clan Macpherson Museum in Newtonmore, for example, and discover how they changed Scottish life forever.

For more information, go to visitcairngorms.com