Set 8km off the coast of the United Arab Emirates, Sir Bani Yas is a three-hour drive and short boat ride from the capital of Abu Dhabi – and yet it feels a world away 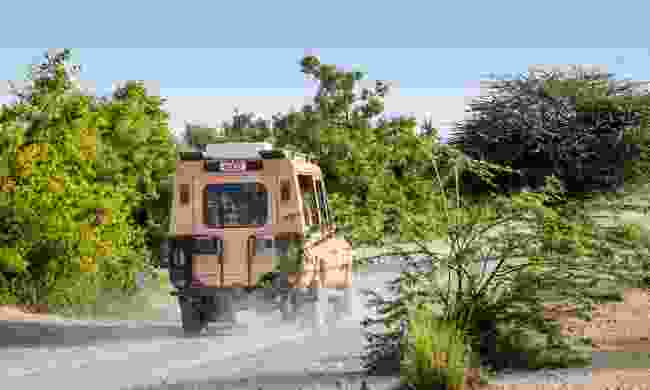 For most visitors, Sir Bani Yas Island’s 17,000 free-roaming animals are its real draw, and that’s thanks to Sheikh Zayed bin Sultan al Nahyan, the late founder of the United Arab Emirates (UAE). With a passion for conservation and wildlife, the sheikh preserved native species such as the Arabian oryx and sand gazelle. Today, more than half of the 17km-long island is made up of the Arabian Wildlife Park, which visitors can explore on a safari in a 4x4. As well as gazelle and oryx – an antelope with oversized horns as sharp as a falcon’s talons – you’ll see giraffe, ostrich, hyena and even cheetah if you’re lucky, as well as the lesser Egyptian jerboa, which resembles a wind up toy with spring-cushioned legs. 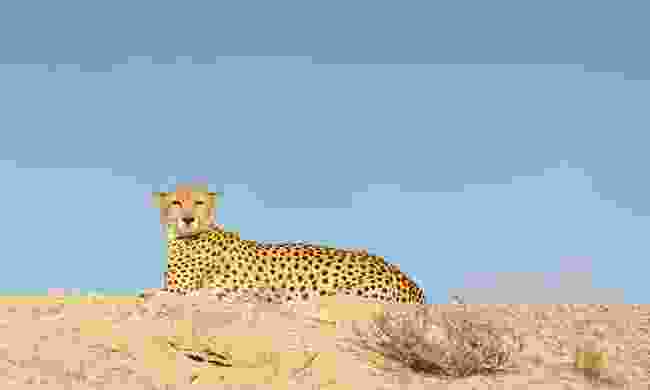 Arabian horses, prized for their endurance, have been ridden by nomadic Bedouin tribes across the Arabian Peninsula for centuries. For a dose of Arabian culture, saddle up at the island’s stables, which are home to more than 30 horses. Beginners can take a lesson on a gentle mare or join a guided tour across sand dunes, while more experienced riders can follow a bush trail through the wildlife park on an Arabian stallion. 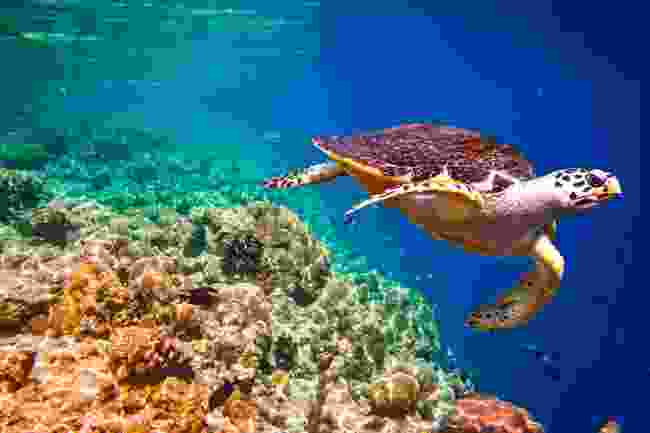 Thanks to an 8km ‘no fishing zone’ that circles Sir Bani Yas Island, its waters are rich with marine life including dolphins, hawksbill turtles and dugongs, a slow-moving herbivore with a perpetual smile. Snorkel around the protected reefs and it’s likely you’ll see angelfish, groupers, batfish and barracuda, too. Explore the coast in a kayak or hire a stand up paddleboard for a tour of the mangroves, where you may spot migratory birds such as osprey. 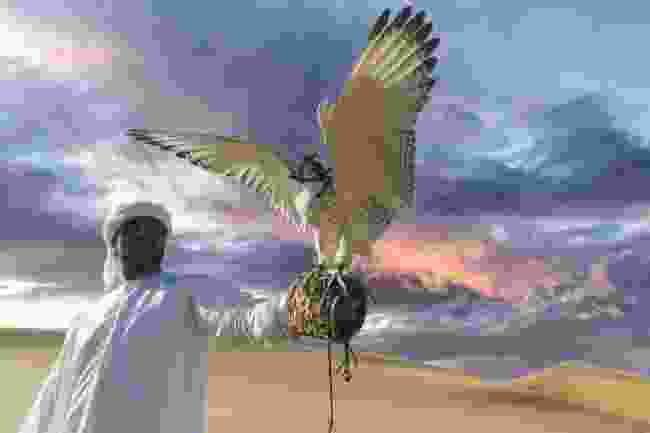 Traditionally, Bedouins treasured falcons for their hunting abilities, although today they are valued more for their beauty and speed. The predators are able to fly up to 360km per hour, so falconry is a popular sport in the UAE. If you don’t have time to visit Abu Dhabi Falcon Hospital on the outskirts of the capital, you can meet a falconer on Sir Bani Yas Island to learn how they are trained for races. You can also watch them being fed and hold one on your arm. 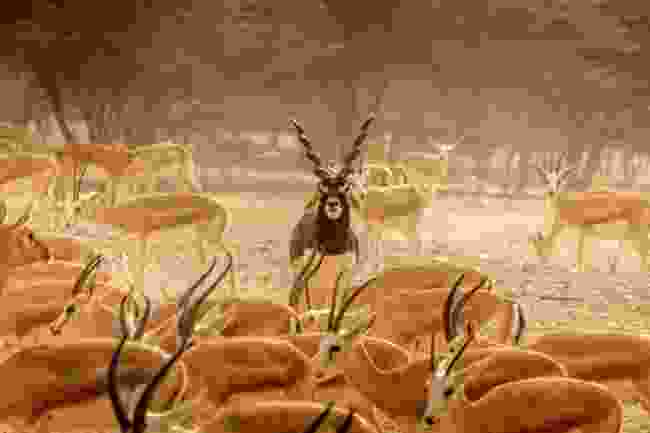 While some of Abu Dhabi’s islands are manmade, Sir Bani Yas started life as salt deposit, which over 600 million years developed layers of limestone and sandstone. Visitors can join a guide to explore the island’s dry riverbeds on foot, on which you’ll see salt domes and fossils. You can also go hiking or mountain biking among rocky hills. On a Desert Islands Resort and Spa Culture Tour, your guide will show you archaeological sites including a tomb, watchtower and a Christian monastery, which is thought to have been built around 600AD and abandoned in 750AD.