The city of Shenzhen is a mega-metropolis, producing 90% of the world's electronics. Go beyond the industrial reputation and you'll see why it was voted one of 2019's top cities to visit... 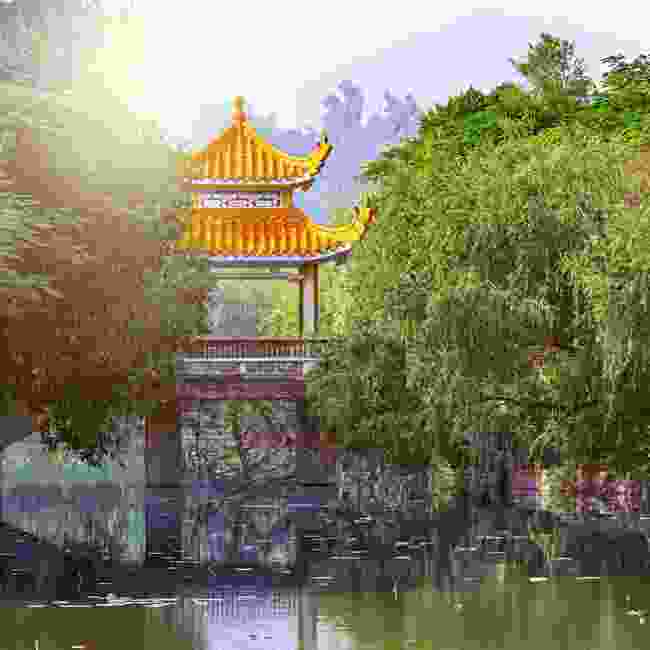 Lianhua Park in the centre of Shenzhen (Shutterstock)

The city of Shenzhen is one of the world’s true megacities. Bridging the gap between mainland China and Hong Kong, it’s hard to believe that just 40 years ago it was a rural farming community, made up of villages clustered on the banks of China’s Pearl River.

That all changed in 1979 when the government declared the region a ‘special economic zone’ (an area that would allow foreign investment and technology), rocketing Shenzhen into existence as the area expanded at a rate the world had never seen.

Today, this mega-metropolis is the largest continuously urbanised area on the planet. It puts the ‘China’ in Made in China, literally.

But as industrial as this all sounds, Shenzhen is also a rising star when it comes to travel. It has been dubbed ‘the city of the future’, ‘China’s cultural capital’ and ‘China’s most innovative city’ by magazines around the world, as well as earning itself a spot on Lonely Planet’s list of ‘top ten cities to visit in 2019’.

1. So many incredible gardens 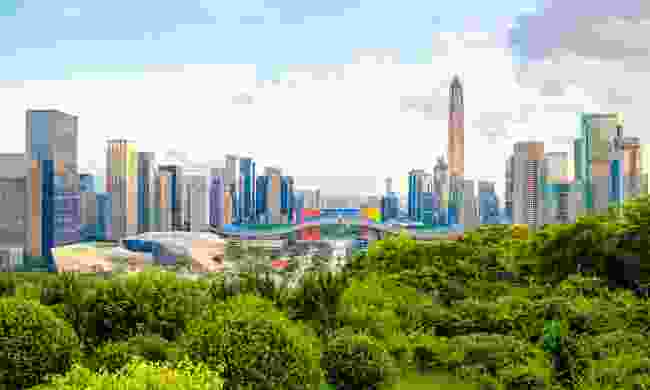 Although the city of Shenzhen sprung up at dizzying speeds, the architects were careful to consider the layout. Around 50% of the streets are lined with parks and trees – unusual for a destination with a reputation for mass production.

In fact, Shenzhen is the fifth greenest city in the world, beating the likes of London and Rome. It also has the most gardens in China. Even the skyscrapers are green, thanks to a rooftop garden project that’s using stormwater to grow urban gardens at the tops of the tallest towers.

2. It’s one of the world’s leading design cities 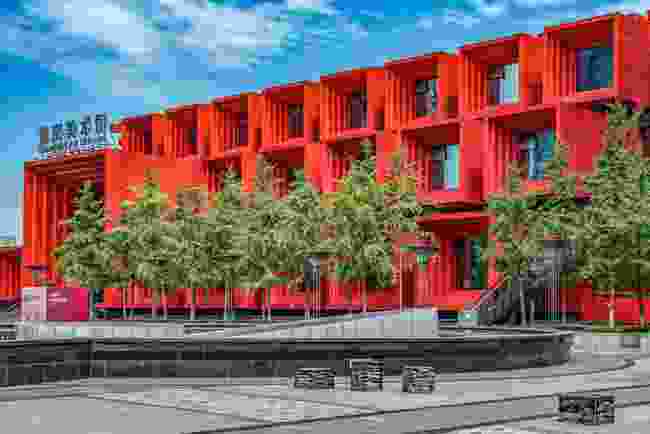 Shenzhen became a UNESCO City of Design in 2008 and has been making its mark as one of China’s most innovative cities ever since.

Stroll the streets and you’ll find architecture that looks like it’s from the future, as well as a number of world-class galleries, from an outpost of London’s V&A Museum to Shenzhen’s own Art and Design Gallery – the first gallery dedicated solely to design in China.

Every April, the city also hosts a Design Week at the OCT-LOFT – a 37-acre creative culture park made up of leafy lanes and open squares with exhibition spaces, large-scale installations and alfresco coffee shops.

3. There are mountains everywhere you look 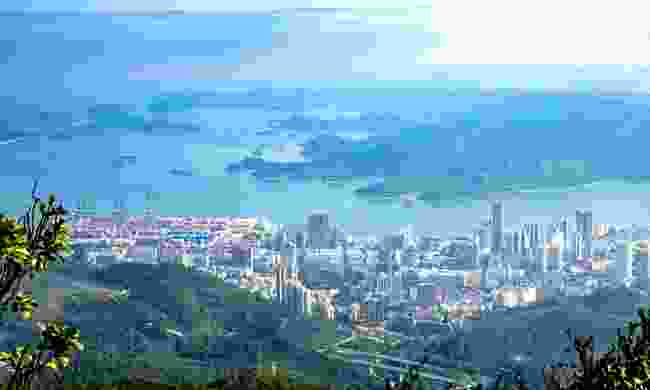 Although Shenzhen has a penchant for skyscrapers, the area is surprisingly mountainous.

At the heart of the city lies Lianhua Mountain – a small peak covered in dense forest, which you can climb in 15 minutes. From the top, the view sweeps over the neat streets and towering buildings, across to the mountains in the distance.

On the outskirts of the city stands Wutong Mountain, the second tallest mountain in the Pearl River Delta. This two-to-three hour climb snakes you over silver rivers and waterfalls, with the island-dotted coastline as a backdrop.

But the mountain’s biggest lure is the wildlife: you can find a number of species under special state protection here, including boa constrictors (which are non-venomous) and pangolins. 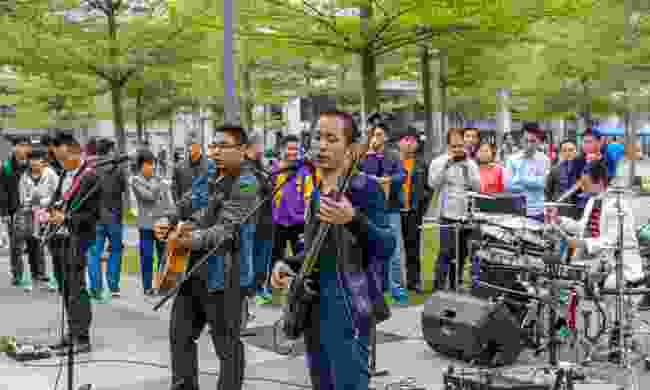 Thanks to Shenzhen’s reputation for prosperity, it’s become a magnet for people keen to make their mark on the world. The average resident age is under 30, making it the youngest city in the country.

Naturally, there's now a thriving culture scene, with open-mic nights nearly every evening in the Shekou area, alongside buzzing live music venues like A8 Live and B10 Live.

You can also find cool cafés tucked into side streets, a contingent of craft brewers and entire arts and culture districts that have risen out of the ashes of former warehouses.

5. There's a mix of cuisines at Dongmen Market 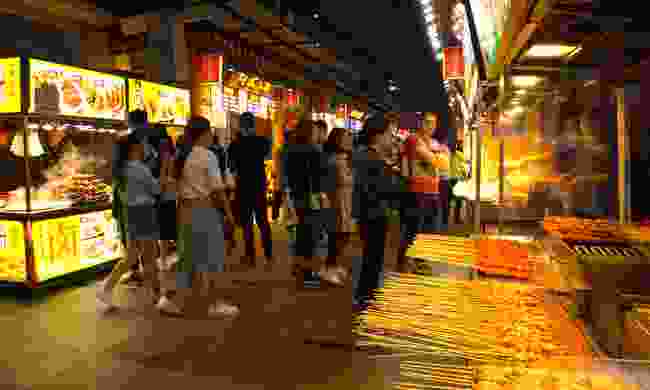 The mix of cultures has also resulted in an unusual blend of Chinese and western dishes. You can find restaurants serving Cantonese Dim Sum and Sichuan Hotpot, alongside steaks joints and pizza places.

One of the best places to grab a bite is at Dongmen Market – less of a market and more a shopping suburb, jammed with multi-layer malls, multi-level markets and snaking street food alleys.

You could easily get lost in the labyrinth of food stands, serving everything from Taiwanese pancakes to American barbecue. Take your own beer, buy a steaming hot dish and prepare to lose the rest of your night to the chaos.

6. It's a haven for book-lovers 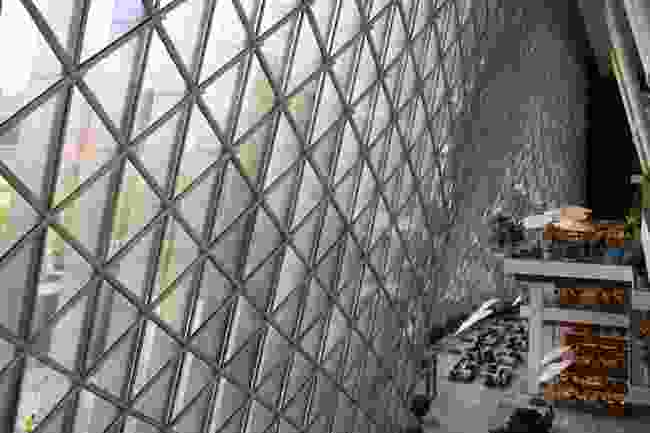 Shenzhen's techy, yes, but it's also a place for bibliophiles. In the heart of Futian District sits Shenzhen Book City, the largest book mall in China.

Here, you'll find bookstores that never close alongside 24-hour ‘book bars’ where you can grab a drink and a book all night long.

The city is also home to nearly 200 libraries, the pinnacle of which is the six-storey Shenzhen Library that can seat a whopping 2,500 people.

7. It’s one of the best places in the world to pick up a painting 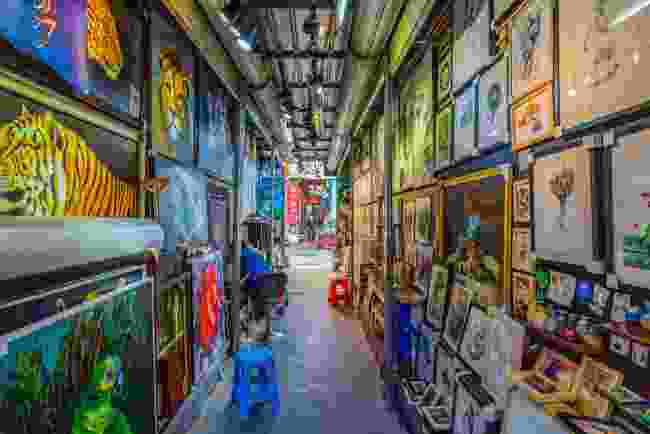 Shenzhen is home to the ‘art factory of the world’ – a region of the city that, at its peak in the 2000s, was responsible for having produced 60% of the world’s replica oil paintings.

Today the number isn’t quite as high, but you can still wander the so-called Dafen Oil Painting Village (more a small city than a village) in search of Mona Lisas and girls with pearl earrings.

Recently, the district has also started to focus on original artwork, including custom prints, painting and calligraphy from local artists.

8. The air's much cleaner than the rest of China 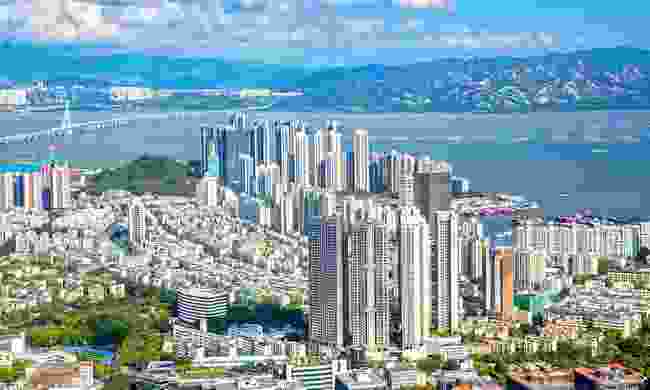 If you're planning to visit several regions in China, this one's good to know. In an attempt to keep carbon emissions down, all of Shenzhen’s public buses have been battery powered since the end of 2017, as well as 99% of the city’s 21,000 taxis.

As a result, the air's much cleaner than in China's other big cities. The average levels of fine particle matter in the air in 2018 were two-thirds of those in Shanghai and half of those in Beijing. 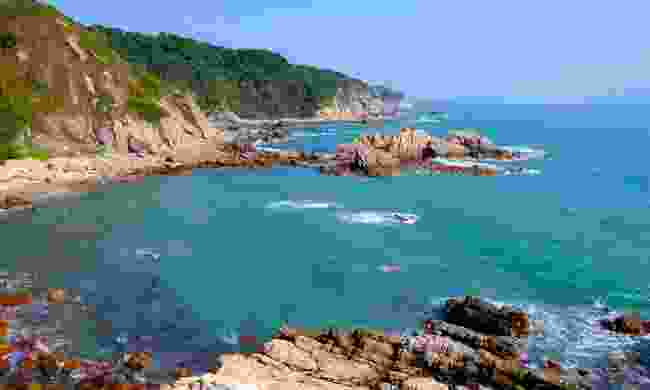 Shenzhen is blessed with a rugged coastline and 23 beaches. Dameisha, the closest beach to the city (and consequently the busiest) is lined with coconut and palm trees, with hazy blue mountains as a backdrop and views of Hong Kong across the ocean in the distance.

For a beach a little more off the beaten track, make the trek out to Xichong Beach. In autumn and winter, it’s especially good for surfing.

Xichong is part of the protected Dapeng National Park – and rising up in the north is Qiniang, the second highest peak in the city. There's also a 10km hiking trail running along the coast.

10. It's the perfect jumping off point for further exploration 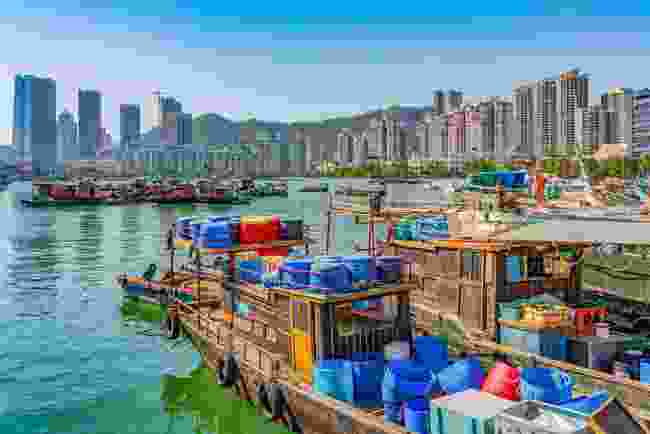 Traditional boats overlooking the skyscrapers of the city (Shutterstock)

Shenzhen’s location on the Pearl River Delta makes it a great base for exploration.

You can dip into Hong Kong in less than an hour on the train, sail to Macau by ferry in 60 minutes and easily take a bus, train or car through the Guangdong region, home to China’s third-largest city, Guangzhou.

You can go hiking in the misty Maluan Shan Mountains, spend a day surfing at Xichong beach or cycle along the 13km stretch of coast from Shenzhen Bay Park. The city is also home to an entire world of theme parks, including Shenzhen Happy Valley – one of China's biggest and best.

A few other things you need to know... 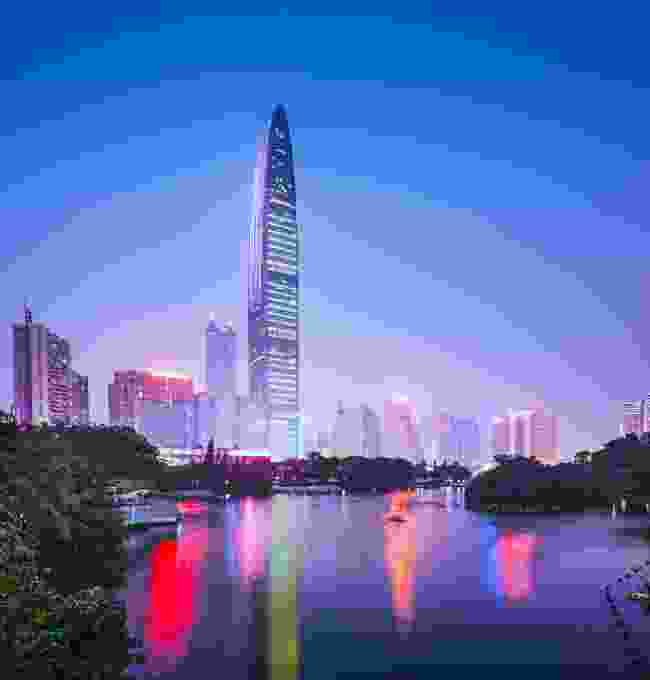 The city at night (Shutterstock)

Shenzhen is subtropical but the weather is mild. Summer usually lasts around six months, with the hottest temperatures reaching around 35°C. Winter is usually short, averaging around 10°C

The easiest way to reach Shenzhen is to fly (Hainan Airlines have their base there). You can also take a high-speed rail service from Hong Kong’s West Kowloon station to the Guangzhou South station, running three times daily, taking 48 minutes on average.

Our top itineraries for making the most of China

Ways to hike the Great Wall of China