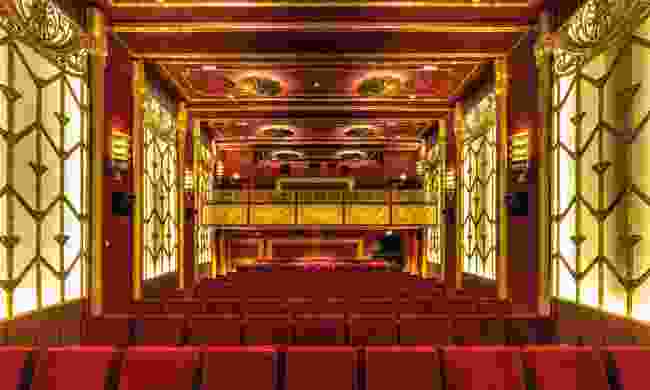 This historic cinema, located just metres from Piazza Cavour in Rimini, re-opened its doors on 20 January 2018 after a five year restoration.

The date was significant as it would have been the 98th birthday of world-famous film director, Federico Fellini. Considered one of the greatest filmmakers of all time, much of Fellini’s cinematic art was inspired by his childhood memories in Rimini. The historic Corso d'Augusto cinema was where the film maestro first encountered movies, and later, it was where his films Roma and Amarcord were shown.

The renovated cinema has three floors. The ground floor offers two cinemas and a spectacular foyer, made by Maestro Dante Ferretti with the style of Hollywood of the '30s. The first and second floors are home to the Museo Federico Fellini, showcasing the story of Federico Fellini via exhibitions, galleries, interactive installations and even showing some of his films which were never produced. 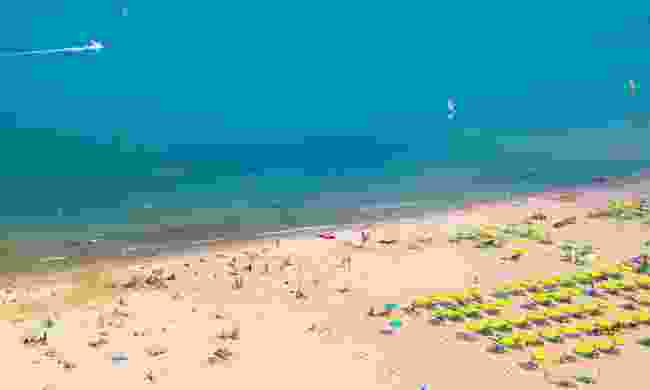 With over 15 kilometres of fine white sand and boasting an eclectic mix of charming hotels, beach bars and restaurants, it is easy to see why Rimini beach is renowned throughout the world. At the very centre of the beaches are Marina Centro and Lungomare Augustore, the most vibrant and youthful sections and the heart of the beach’s famous nightlife, especially during the summer, whilst further out to the north and south are quieter family areas.

Whichever area you choose, all the beach are kept in immaculate condition, meeting Rimini’s rigorous Blue Flag policies.  Kick back with a cocktail, take a dip in the sea, and enjoy this snapshot of genuine Italian life. 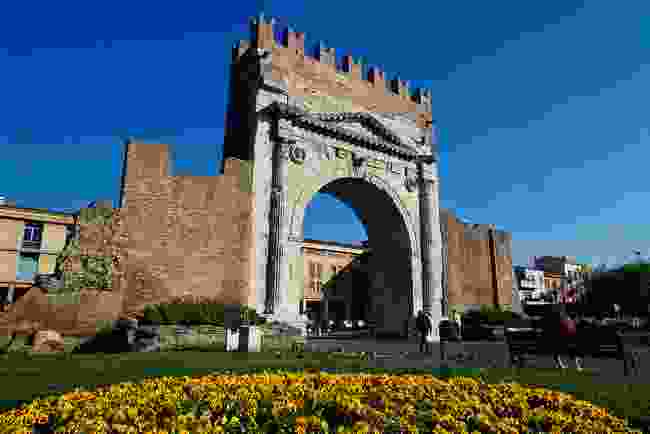 Dating from 268 BC, Rimini held an important strategic position during Roman times and reminders of the period still survive to this day. The most impressive is Arco d’Augusto, built in 27 BC in honour of Augustus Caesar and the oldest surviving Roman triumphal arch in existence.

The 62-metre long Ponte di Tiberio is another Roman relic still standing strong over 2,000 years. Its five arches connect Rimini’s Centro Storico with the historic neighbourhood of Borgo San Giuliano.  On a calm day, the reflection of the bridge in the deep blue waters of the canal creates a picture perfect scene, just like the postcards. 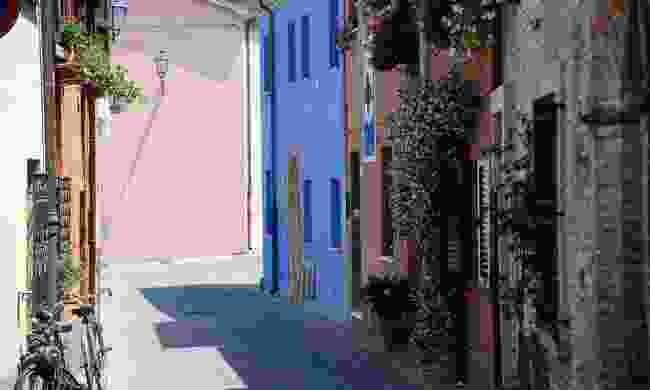 Just across from the Ponte di Tiberio lies the trendy Borgo San Giuliano. A charming neighbourhood of small cobbled streets, chic piazzas, and colourful street murals, the Borgo has grown from humble beginning into one of Rimini’s most popular areas.

Originally dismissed as a rough fisherman’s neighbourhood and one of the poorest in the city, the Borgo now hosts a biennial festival, the Festa del Borgo San Giuliano, featuring street theatre, music, dancing and mouthwatering food. The festival culminates with a spectacular fireworks display over the Ponte di Tiberio.

The neighbourhood is also closely linked to the famous Rimini filmmaker Federico Fellini, who had a special affection for the Borgo, despite being born and raised on the opposite side of the city. In 1994, the Festa del Borgo was officially dedicated to Fellini, and many of the most striking murals lining the walls of the Borgo’s buildings depict scenes and characters from his films, as well as Fellini himself. 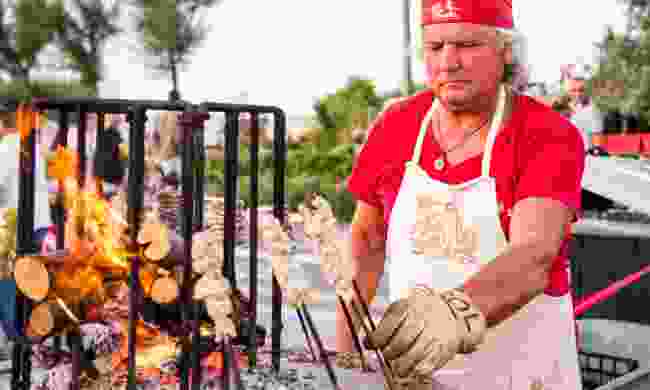 The streets of Rimini are home to a growing street food culture, offering an authentic taste of the region. This is seen in the street food ‘temples’ known as baracchini, scattered throughout the city. These small kiosks specialise in local delicacies, from warming cassoni alle erbe (herb flatbreads) to Rimini’s signature piada, unleavened bread served hot and filled with cold cuts or soft cheese.