Exotic, uninhibited and marching to the beat of a very different drum, New Orleans is unlike any other city in the USA. Expect amazing music, incredible food, voodoo vibes and more… 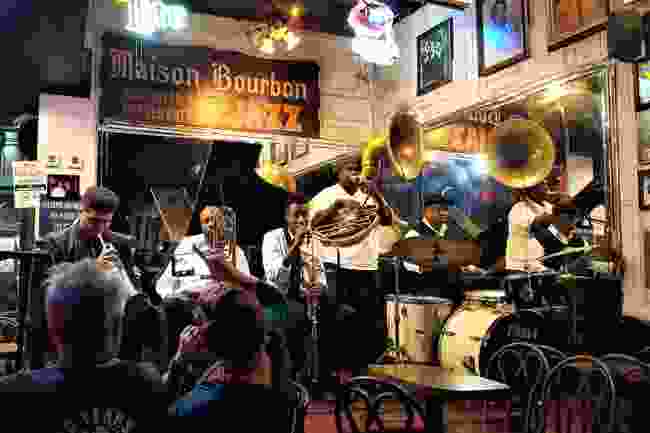 Jazz band playing in a bar on Bourbon Street (Shutterstock)

Music is New Orleans' beating heart, and not just during Mardi Gras. Walk down Frenchmen Street in the Marigny neighbourhood on any night of the week and you’ll hear bands belting out everything from jazz to blues to reggae and rock. And they’re good. Real good.

The music here is fuelled by the influx of enslaved Africans and waves of immigrants from Europe, in more recent years, Mexico and Central America. It is the birth place of jazz. Everyone from Louis Armstrong to Harry Connick, Jr. and the Marsalis family called NOLA home. And it’s where Mardi Gras Indians first inspired call and response, now closely associated with hip-hop, rap and bounce.

There are music festivals throughout the year. The Annual Jazz Festival is the most famous, but other music genres are celebrated too, from boogaloo and gospel to cajun zydeco. You’ll find music clubs in the French Quarter, Mid-City and Uptown. Even the saddest occasions are highly musical affairs. A New Orleans Jazz Funeral is a joyous celebration of life you’ll never forget. 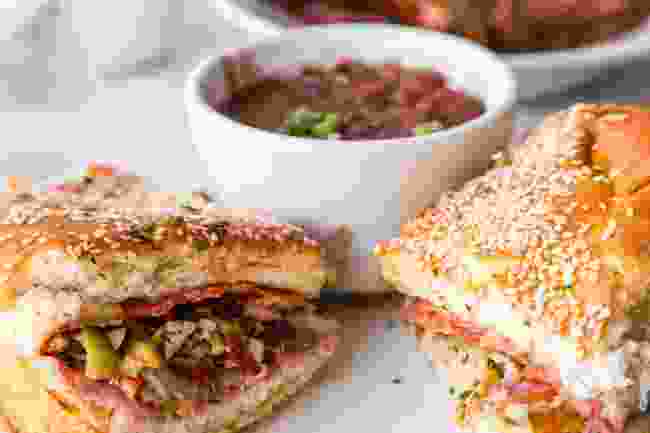 Your tastebuds are in for a real treat in 'The Big Easy’. The food here is delicious and the servings enormous. A unique mix of French and Creole flavours, local signature dishes include gumbo, jambalaya and deep fried southern chicken.

Even the local sandwiches are something to behold. Known as Po’Boys, they are stuffed with meat or seafood, including deep-fried oysters if you’re game. One Po’Boy is guaranteed to keep you going all day.

Spring is crawfish season, and no visit to the city is complete without tucking in to these tasty crustaceans. Cooked the New Orleans way, they absorb the local cajun flavours like nothing else. Your first crawfish étouffée is sure to be memorable.

Remember to save space for beignet: deep fried choux pastry, dusted in icing sugar and an absolute New Orleans staple. Historic Café du Monde is the most obvious place to try them, but if the crowds here put you off, ask a local for their favourite beignet. Everyone has one, and an authentic New Orleans foodie experience is guaranteed 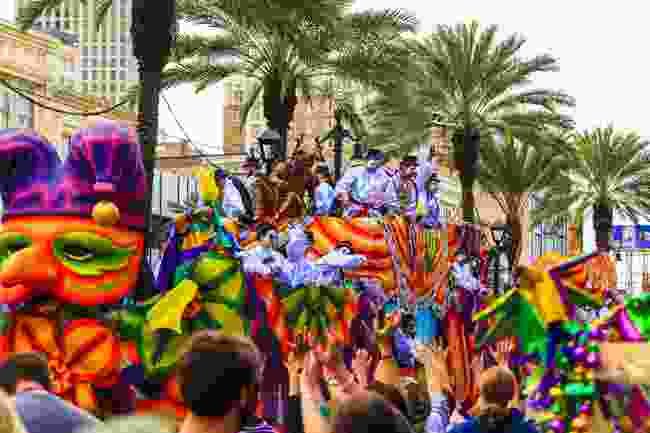 Mardi Gras parade through the streets of New Orleans (Shutterstock)

Mardi Gras in New Orleans is arguably the most famous carnival celebration outside of Rio. Held over two weeks before Lent, the city seems to be one big party, culminating in a huge parade on Fat Tuesday. Expect over-the-top floats, insane costumes and beads. Lots of beads.

The New Orleans Jazz and Heritage Festival is huge, too. Held in the final weekends of April, it celebrates the cuisine, music and culture of New Orleans, drawing thousands of visitors from around the world. Acts range from big names like Bruce Springsteen to local favourite Trombone Shorty.

In fact, there seems to be a festival for everything in New Orleans. The French Quarter has one in April. There’s a bourbon festival in March and an oyster festival in May. Add in a crawfish festival, the Tennessee Williams Literary Festival and a craft beer festival and you’ve got a party for every taste… and weekend! 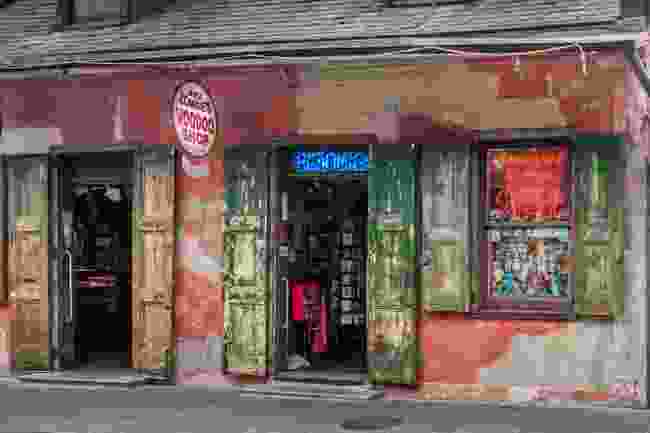 There’s not too many cities that can boast of having their own religion, but New Orleans can.

It’s called Louisiana Voodoo, first brought to the city by workers and slaves hailing from West Africa. Over the years it has evolved into a mixture of Christianity and Voodoo, a mysterious blending of biblical saints and powerful charms and gris-gris.

Head to the Historic Voodoo Museum in the French Quarter for an overview. Its two rooms are jam-packed with artefacts detailing Voodoo history and the symbolism behind its rituals.

Also in the French Quarter, Voodoo Authentica is the place to get your voodoo dolls, potions, medicinal herbs and gris-gris bags. Island of Salvation Botanica offers one-on-one consultations with a Voodoo priestess. Reverend Zombie's House of Voodoo is worth a visit, too.

Of course, no Voodoo-themed visit to New Orleans is complete without a visit to St Louis Cemetery. Known locally the ‘City of the Dead,’ it sits just outside the French Quarter and is where Voodoo Queen Marie Laveau is reportedly buried. Best take one of the many Voodoo-themed walking tours to get the full story. 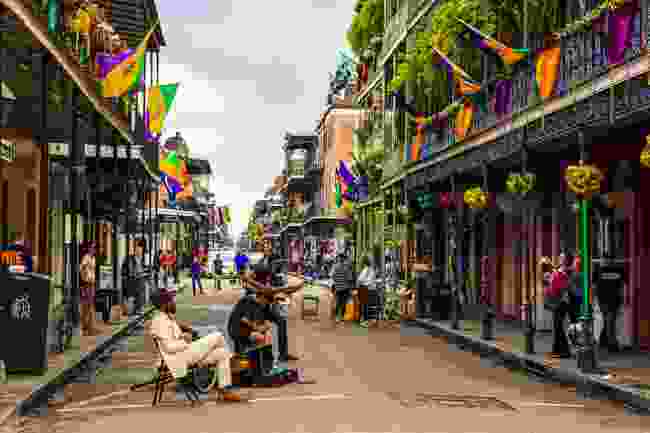 For many people, the French Quarter is New Orleans. With its colourful buildings and ornate balconies, it's unlike anywhere else in the US, a little more continental, a lot more exotic.

It's definitely the city’s historic heart, the oldest  – and highest – neighbourhood in the city. The French first set up camp here to avoid the volatile tides.

Today, it is famous for its incredible nightlife, from the crowd-pleasing Bourbon Street jazz and blues clubs, Cajun eateries and raucous bars serving foot-high cocktails. The quieter streets offer their own rewards, leading through gourmet food eateries and colourful local craft shops.

All roads lead to Jackson Square and the stunning St. Louis Cathedral. Once the sight of a trading camp, the square is now an open-air artist colony and performance space. On any given day you’ll have painters, caricaturists, musicians, jugglers, and fortune tellers jostling for your attention.

5 tips for your first trip to New Orleans