Picture perfect beaches, a vibrant mix of Indian, Asian and African culture and an abundance of natural charm, Mauritius could well be the perfect island destination... 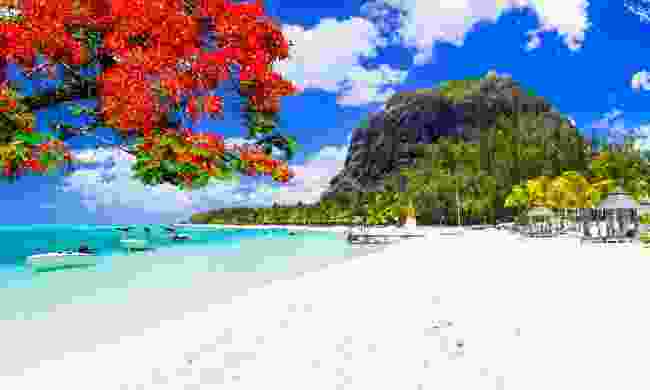 For many people, the first thing that pops into their mind about Mauritius is its beaches. Tucked away to the east of Madagascar, surrounded by the balmy Indian Ocean, it is the archetypical tropical island. It boasts dramatic volcanic peaks, lush vegetation and over 160 kilometres of coastline, dotted with picture-perfect beaches.

Each part of the island offers a different ‘style’ of beach. In the north, you’ll find the classic white sand/ azure water kind of beaches that adorn the brochures. Whether you chose Belle Mare, Troy aux Biches or Mont Choisy, you can’t go wrong. The east coast is rockier and as result, you’re more likely to find yourself a secluded, small beach. Blue Bay beach is the pick of the beaches here. The south is wilder, and best for surfers. Gris-Gris is a longtime favourite. And the west is where you’ll find long, empty beaches with golden sand. Flic en Flac is gorgeous and comes with added bonus of spectacular sunsets and the best roti in Mauritius, fresh and hot and brought directly to you by hawkers. 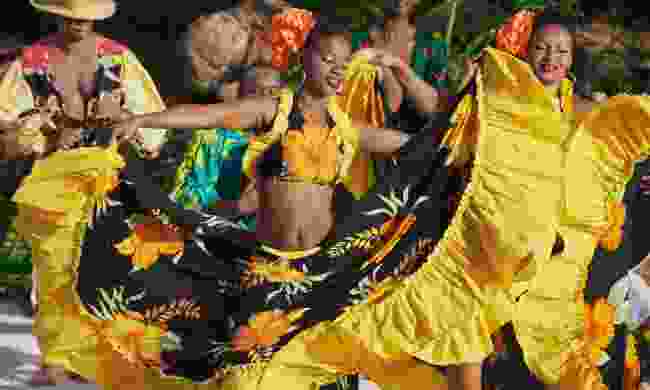 Mauritius is a vibrant cultural mix, a funky amalgamation of the cultures and traditions of Asia, India, Europe and Africa. It is one of the Island’s biggest charms and can be seen in the temples and cuisines and heard in the language and the music.

Maha Shivaratri, held every February, is the largest Hindu pilgrimage outside India. More than 500,000 people make the pilgrimage on foot to Grand Bassin, a beautiful lake watched over by a giant statue of Lord Shiva, the second tallest statue in the world. Diwali, the festival of light, held every autumn, is a lively and colourful affair and other festivals such as Thaipusam, Ganesh Chathurthi, Ugadi and Chinese New Year are celebrated with similar gusto.

For a quick and concentrated shot of Mauritian culture, make sure you take in a local sega performance. The music and the dancing came from Africa and developed a distinctly local twist after many a night on the local rum and is considered by the Mauritians as the the musical expression of their way of life – joy and liveliness. It is sung in Creole, starts slow and ends in a frenzy and is one of the only musical forms in the world to proudly embrace the use of the triangle. 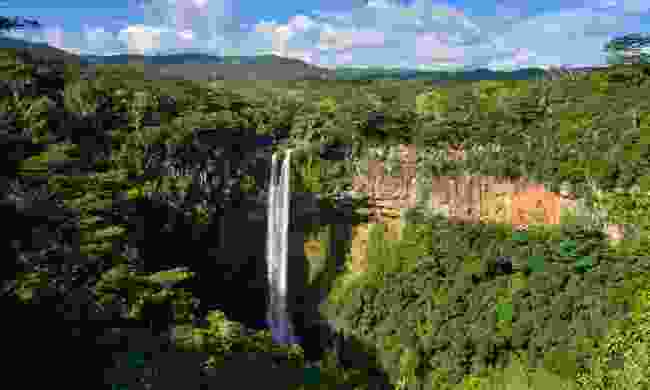 The rugged and lush interior of Mauritius, formed by long dormant volcanoes, is a treasure trove of waterfalls. Some are easily reached. Others, require a bit of trekking to get to. But all of them are stunningly beautiful and well worth the effort.

Rochester Falls are small but perfectly formed, with a pool perfect for swimming. A hike through Black River Gorges National Park reveals a waterfall at nearly every turn and cheeky monkeys who will follow you along the trail. Make sure you swing by Chamarel Falls, the island’s most spectacular and popular waterfall. It plunges 83 metres over a sandstone cliff and can be viewed from a platform overlooking one of the island’s other natural wonders, the coloured sands of Chamarel. 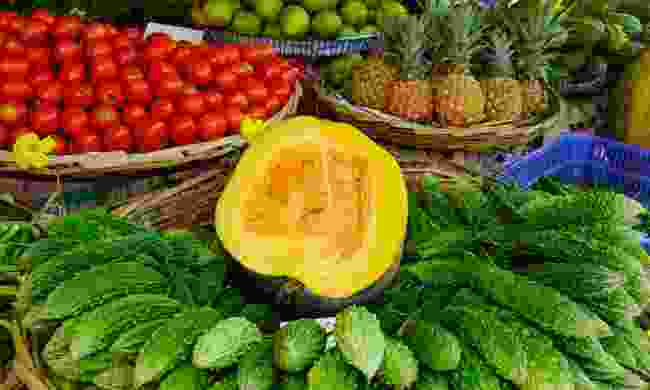 The extraordinary cultural mix that brings such colour and vibrancy to Mauritius’s festivals and music has had the same impact on its cuisine. From restaurants to streets stalls, you’ll see – and taste –  the influence of French, Indian, African and Asian cooking.

Your biggest dilemma will be choosing what to eat first – every menu offers an exotic culinary adventure. Should you choose the daube, fish vindaye, or chicken or fish kalia (mixed with vegetables)? What about a mutton halim (a soup) or the island’s famous babonne, a fleshy white fish similar to red snapper, caught fresh every day?

Just make sure you don’t leave the island before trying dholl puri, the national dish of Mauritius. A cross between parantha and dal kachori, it is a flat bread stuffed with ground yellow split peas. If you’re feeling brave, try it with a dab of mazavaroo, the Mauritian chilli paste that has a kick like a mule. 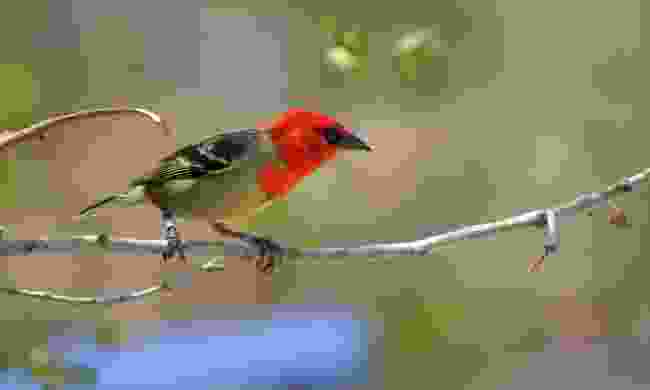 Despite its popularity as a tropical island beach escape, nature is never far away in Mauritius. The island is dotted with spectacular national parks, including Ile Aux Aigrettes, an island off the south east coast that acts as both a nature reserve and a scientific research station.

This low lying limestone-coral island is the world's only remaining slice of Mauritius Dry Coastal Forest and is home to a large number of endangered species including the Pink Pigeon (which was rescued from extinction), the Aldabra giant tortoise, the Telfairs Skink and the colourful Mauritius fody.

Another natural phenomenon in the south, this time to the west, is the underwater waterfall just off the coast of Le Morne. The sand and silt on the ocean floor here run off in a way that makes it look like they're pouring down a waterfall. The illusion is even more apparent from above. Local tour operators are on hand to organise a spectacular helicopter ride, especially for that.