5 reasons why you should visit Marseille, France

1. Mediterranean beaches, but without the attitude 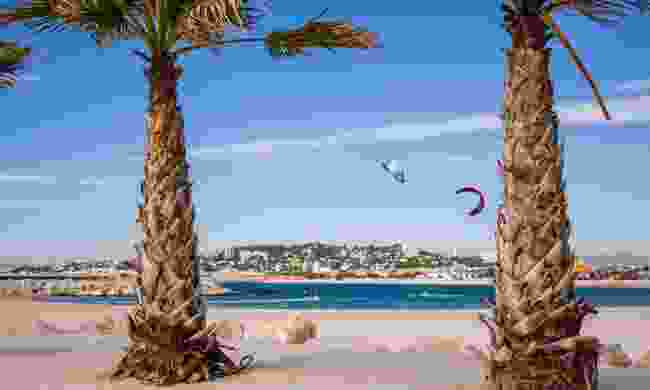 The stunning beaches of nearby Cannes and Nice are justifiably famous. But let’s be honest: you need to take out a loan to buy a cup of coffee. And God help you if should you take a dip in last season’s swimsuit. The good news is thatthe beaches in Marseille are just as beautiful, but have a much more relaxed vibe.

Take the Prado seaside park, for example. Created in 1975, this 26 hectare green space in the heart of the city has two kilometres of sand and shingle beaches, giving locals easy access to the sea. You’ll find people from all walks of life here, eating ice cream, lying in the sun, playing volleyball, flying kites and splashing in the water. It’s every bit as colourful and diverse as the city itself.

Continuing along the the coast south east of the city, you’ll find La Pointe Rouge beach, the largest sandy beach in the city, and then Bain des Dames and Bonne Brise, two small coves with beaches of sand and pebbles that feel a million miles from the bustle of the city.

To really get away from it all, explore the tiny inlets and coves that line the coast near Cassis. Towered over by the Massif de Calanques, it is one of the most beautiful coastlines on the Mediterranean.

2. It’s a little bit of Africa in Europe 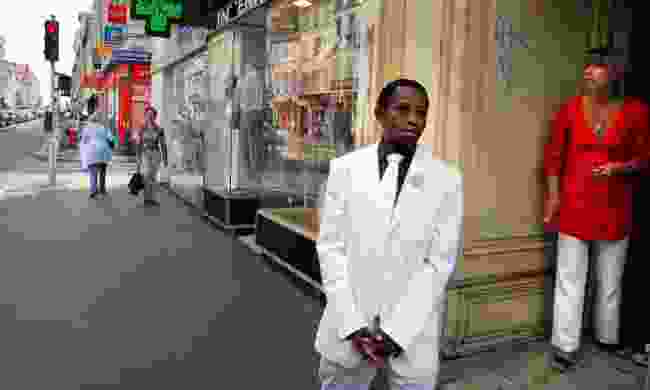 The influence of Africa can be seen everywhere in Marseille (Dreamstime)

As a port city, Marseille has always been a cultural melting pot. It is more cosmopolitan than most French cities, and more radical in its politics, influenced by the traders and immigrants that have passed through its ports. As one of the closest major ports to Africa, the influence of that continent is perhaps felt the strongest.

Standing at the harbour at looking south, you can almost feel Africa. It’s on the warm breezes, coming north from the Sahara. It’s in the smell of the herbs and spices in the market, the sizzling street grills and the call to prayer from the mosques. Having a massage in one of the city’s ancient hammams (Turkish baths) has become something of a local tradition.

Africa’s greatest influence, however, can be tasted in the food. The city has become famous for its North African cuisine, served with a French twist. For a cheap and tasty meal, try the couscous restaurants around the Noalilles Metro Station or the main station at St Charles. Or head to the Cours Julien area, where you’ll find a variety of African restaurants, serving authentic cuisine from all over North Africa. Choose a restaurant and wander in. You won’t be disappointed.

3. It’s the spiritual home of bouillabaisse 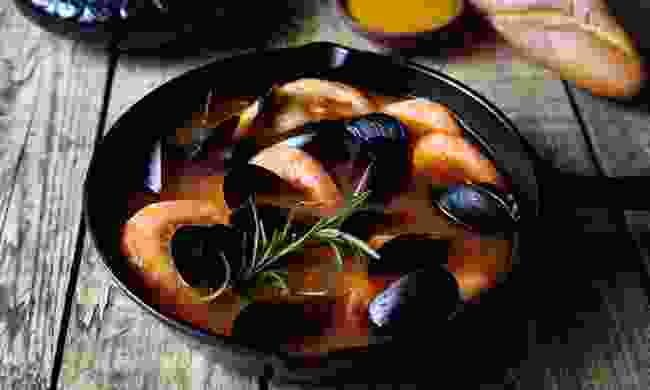 You can’t visit Marseille with trying bouillabaisse. Originally created as a way of using up the fish and seafood scraps that couldn’t be sold, it has been refined and improved over the years to become a symbol of the city, enjoyed by both locals and visitors alike.

These days, bouillabaisse includes five different types of local fish, including rockfish, red mullet, conger eel, red scorpion fish and spider crab. Some chefs also include monkfish or crayfish, but all will be served with croutons, aïoli sauce and rouille sauce. The dish has to be served in a very particular way, first the broth, then the fish, filleted table side. The croutons and rouille are added to taste.

Most restaurants in the city serve their version of the dish, some requiring 24 hours notice in advance if you want to order it. Locals will happily share their favourite places, with the Restaurant Chez Loury just off Vieux Port, a popular choice. Le Miramar, Chez Fon Fon and Le Rhul often get the nod as well. If you’re feeling brave, head to L’Alcyone where chef Lionel Levy has created a bouillabaisse milkshake.

4. There’s a cavalcade of history 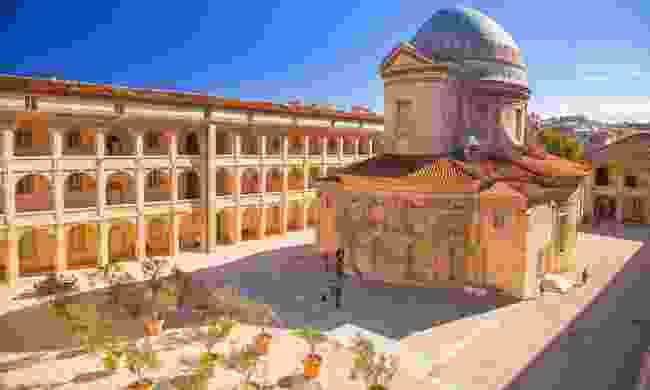 Founded by Greek mariners around 600 BC, captured by the Romans in 49 BC and revived by the counts of Provence in in the 10th century, Marseille has always been an important and strategic port. Today, it is France’s second largest city and busiest port. But reminders of its long history can be seen at every turn.

Vieux Port is probably the best place to start. The oldest port in the city, it is here you’ll find the Musée des Docks Romains, the site of an old Roman shipping warehouse that was active between the 6th and 4th centuries BC. Nearby, you’ll find the impressively solid Fort Saint-Jean, built in 1660 on the orders of Louis XIV, as well as boats that will take you out to Château d’If, an island fortress in the Bay Of Marseille, built by King Francis in 1531. It was turned into a prison, holding 3,500 inmates, and is most famous as the setting of Alexandre Dumas’s novel, The Count Of Monte Cristo.

Back in the centre of the city, high on a hill overlooking the entire bay, you’ll find Notre Dame de la Garde, a grand Roman Catholic cathedral that has become a landmark of the city. Built in 1864, replacing a church that had been on the site since 1214, it is famous for its stunning golden nave and decorative mosaics.

5. There are some fantastic new museums 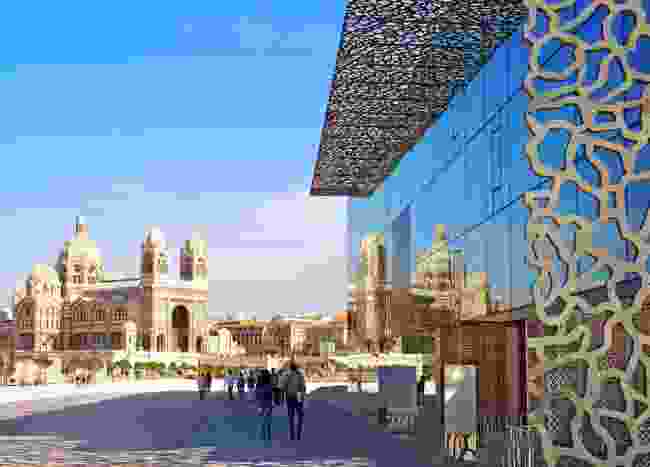 As befits a city with such a long history and vibrant culture, Marseille is blessed with a host of world-class museums and art galleries. The Musée d’histoire de Marseille plots the city’s chequered history and is home to the remains of a 2nd century ship. The Musée des Beaux-Arts houses exquisite fine art pieces from the 16th-19th centuries. And the Muséum d’histoire Naturelle de Marseille boasts 80,000 animal specimens, 20,000 plant specimens, and 8,000 minerals and rocks.

The newest and arguably most exciting museum is the Musée des Civilisations de l’Europe et de la Méditerranée, known locally as the MuCEM. Built to celebrate Marseille’s reign as a European City of Culture in 2013, it features collections of historic sculptures and artefacts, as well as modern art exhibits that detail the European and Mediterranean culture. The museum is built on reclaimed land at the entrance to the harbour, next to Fort Saint-Jean, and is surrounded by lattice work and fibre-reinforced concrete. Its architect, Rudy Ricciotti, wanted it to look like it was built 'of stone, water and wind.’