7 reasons to visit Katowice in Poland

Only 68km from Kraków, this once unloved industrial hub is undergoing a renaissance. Here’s why you should consider Katowice for your next Polish city break 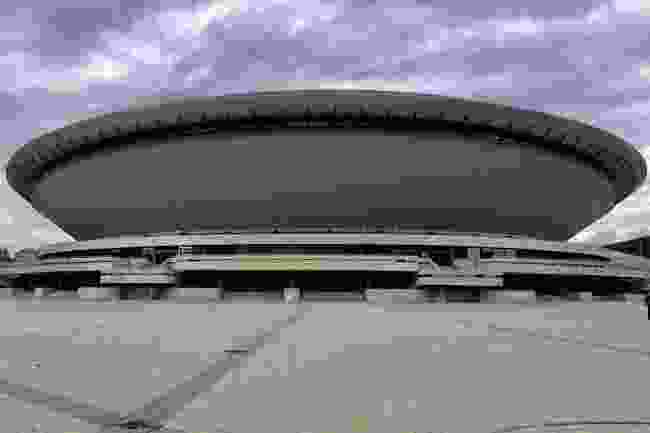 Brutally Soviet, elegantly Prussian and with an idiosyncratic dash of Art Deco and industrial chic – Katowice is quite unlike any other city in Poland. Wander south of the railway station and you’ll soon find yourself walking down leafy streets, lined with Prussian-era mansions, built on the profits of the city’s mines. There are a few Art Deco charmers too, including Christ the King Cathedral and the Polskie Radio building.

Head the other way, and you’ll be greeted by the brutish charm of Hotel Katowice and the Agato apartment block. The huge bronze Silesian Insurgents' Monument is right out of the Soviet playbook, brutal and imposing and a popular meeting spot for Katowice teens. That weird building that looks like a flying saucer, hovering at the end of Avenue Korfantego? That’s Spodek, a stadium known locally as ‘The Spaceship’. Everyone from Deep Purple to Metallica have played there. Just to the left you’ll find the International Conference Centre and the NOSPR Concert Hall, iconic new chapters in the city’s adventurous architectural history. 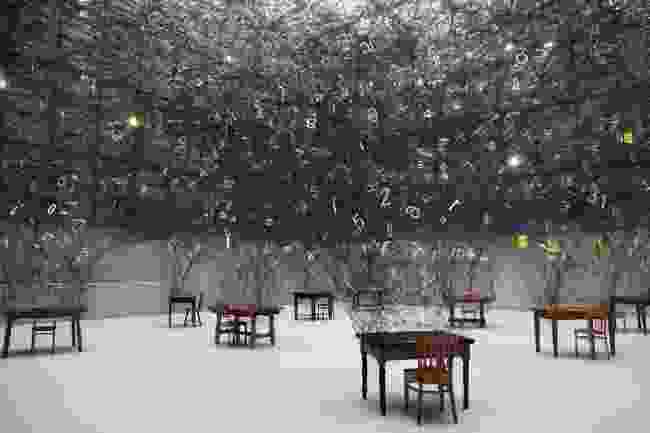 An art installation in the Silesian Museum (Peter Moore)

The mines that once brought the city wealth and work have now been transformed into the Silesian Museum, one of Poland’s most innovative and important museums and cultural centres. Set in the old coal mines on the edge of town, the museum incorporates many of the old buildings and towers. The 19th century workhouses have been sympathetically restored and their vaulted industrial spaces turned into restaurants and bistros, as well as halls for conferences and lectures.

The mine itself, meanwhile, has been transformed into a vast underground gallery, topped by box-shaped structures of frosted glass to allow in natural light. Each floor is dedicated to a period in Polish art, from ecclesiastical and classical right through to modern. There’s even a display of naive art, painted by the miners in their spare time. Social history is represented too, with a recreation of the old mine and displays showing life in Katowice in Prussian times right through to the privations of communism and the rise of the Solidarity movement.

3. The buzz of Mariacka Street 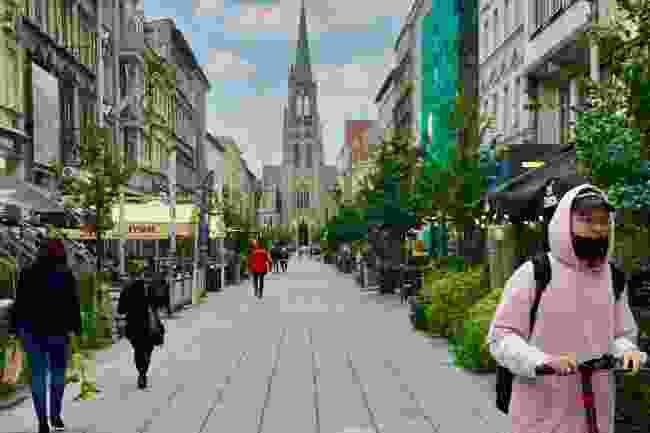 Katowice is not a big city, so most of the city’s night life is centred around one area – Mariacka Street, just east of the railway station. Stretching towards St Mary’s church, one of the oldest in Katowice, Mariacka Street is pedestrianised and only a few blocks long. But it is here you’ll find Katowice’s most popular restaurants and bars. Whether you fancy Thai or Italian or old school Silesian beef roulade, you’ll find it here.

There are bars for every mood too – from raucous pubs where bands play on tiny, crammed stages to more relaxed hipster joints that wouldn’t look out of place in East London. Katowice is a student town, so the bars and restaurants of Mariacka Street are buzzing every night of the week. The good news is that it’s still mainly locals, not visitors. 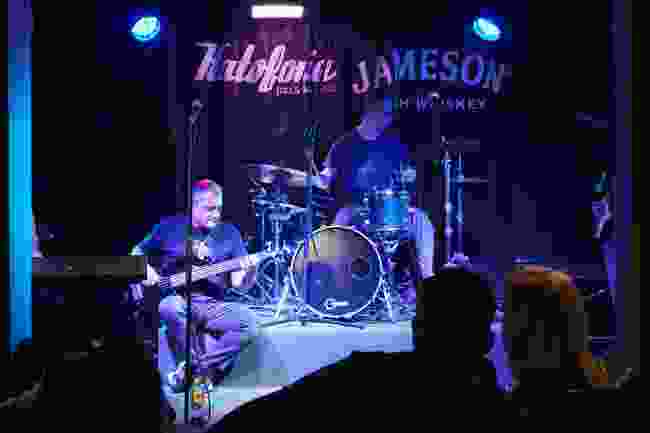 Katowice was declared a UNESCO City of Music in 2016 and it’s easy to understand why. The city buzzes with music, from classical concerts at the NOSPR concert hall to all night techno raves at P23, a club in the old Drzwi porcelain factory on the edge of town. Many of the musicians you hear are students or graduates from the local Karol Szymanowski Academy of Music, one of the most highly regarded in the country. The venues dotted across the city are world class too, with the NOSPR concert hall boasting one of the most acoustically pristine halls in Europe. Events are often sold out months in advance.

For something altogether more casual, check out the bars around Mariacka Street. Most have bands playing, including Katofonia on Mielęckiego. This blues and jazz club hosts an informal jam session every Wednesday night. Head to the first floor and join a mixture of old hands and students from the academy as they wait with their instruments for the chance to show off their chops. 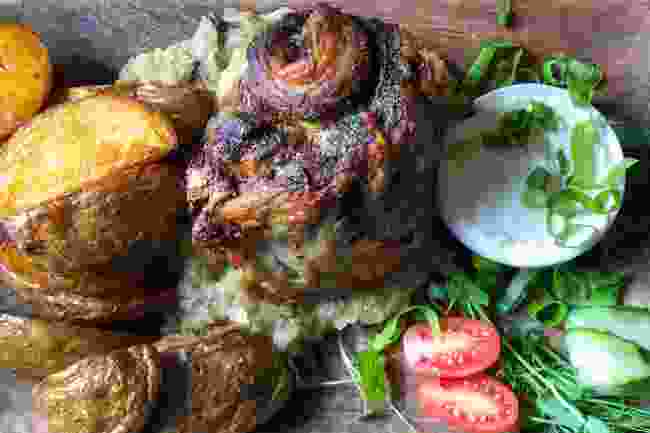 As the city itself is being transformed, so too is the local dining scene. While you can still dine cheaply on pierogi in one of the city’s old school bar mleczny (milk bars, or budget Polish cafes), new innovative restaurants such as Moodro, set in the atmospheric old machine room at the Silesian Museum, offer innovative twists on local dishes. Call it modern Silesian fusion, if you will.

Silesian cuisine is unsurprisingly heavy on meat and vegetables for a blue-collar region of miners and factory workers. Traditional peasant fare of potatoes, cutlets and cabbage rule here, but there are some particularly Silesian dishes you should try. Silesian noodles, known locally as kluski śląskie, are pillowy potato flour doughballs that are served as a side dish almost everywhere. Rolada śląska, a kind of beef roulade, is a staple. It is basically a rolled beef patty, filled with onions, bacon and pickles. When served with red cabbage or fried sauerkraut, it’s as Silesian as it gets.

For a real treat try karminadle, a Silesian variation of the popular national dish, kotlety mielone. In Katowice, the flat fried meat balls are made from minced rabbit instead of the more traditional pork.

6. The stunning Silesian countryside that surrounds it 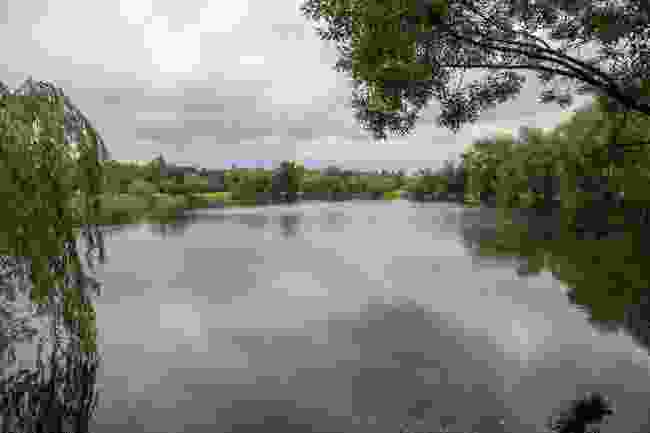 Looking out from the viewing platform of the iconic Warszawa II mine shaft at Silesian Museum, it’s clear to see that countryside is not so far away. Katowice is ringed by greenery, with the Katowice Forest Park and Silesia Park offering a pleasant respite from everyday urban life.

Katowice Forest Park is the easiest to reach. The 420-hectare wooded wilderness sits on the edge of town, opposite the Osiedle Paderewskiego Trzy Stawy shopping mall. Expect miles of hiking trails as well as plenty of wild deer and boars. On the edge you’ll find the Valley of Three Ponds. In summer, sand is shipped in to create Katowice Beach, the centrepiece of an annual music festival. Look out for the intriguing Communist-era skate park, right next door.

Silesia Park, between Katowice and Chorzów, is even bigger. Clocking in at a massive 620 hectares, it was developed during communist times with the intention of creating Europe’s largest urban park. It is more developed than Katowice Forest Park. It was made from reclaimed industrial land and boasts ‘unnatural’ delights such as a zoo and amusement park. But it is big enough to find a pleasant green corner to soak up the sun. In autumn, the leaves of the trees present a riot of fall colours.

For something more manageable, head to Tadeusz Kościuszko Park. Created during Prussian times, it is a classic city park of those times, with 90 species of trees and shrubs including rhododendrons and azaleas. You’ll find sculptures by local artists dotted among the shrubs.

7. It’s a great base for unmissable day trips 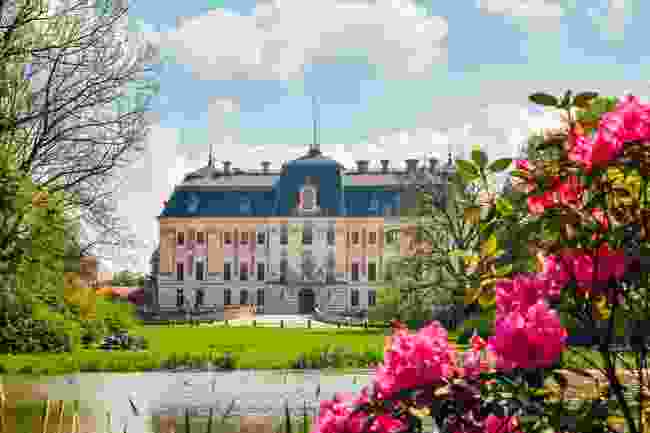 Katowice is a great base to explore this part of Poland. Did you know, for example, that the city is closer to Auschwitz than Krakow? Nearby Pszczyna is worth a visit too. The 13th century castle here was rebuilt in a Renaissance style in the 17th century, and became a popular hangout for European aristocracy. They came to hunt in the castle’s extensive grounds, which are now a public park and well worth exploring. Make sure you continue on to Zagroda Zubrow, a small bison reserve and part of an important breeding programme for the increasingly rare European bison.

To the west of Katowice you’ll find Opole, a pretty little city that sits on the banks of the Oder River. It was once the capital of Upper Silesia and has a long history that dates back to the 8th century. Start at the Prussian-era town square, drop in on the fascinating Tenement House Museum and then make your way across the old iron bridge to Piast Tower. The tower was part of a 13th century castle that was pulled down in the 1920s to make way for municipal offices. It sits next to a modern amphitheatre where the Polish Song Contest is held every year – a real treat if you happen to be in town when it’s on!

For more information about Katowice and the Silesian countryside that surrounds it, visit the official Polish Tourism Organisation website.

11 things you must do in Kraków