With consistently better weather than the UK, rugged cliffs, spectacular beaches, and a famous Floral Festival, Guernsey is the perfect place for an active or nature-packed short break... With its geographical location between mainland Europe and the UK, Guernsey's warmer temperatures allow sub-tropical plants to thrive. From formal gardens and RHS award-winning grounds, to wild orchid fields and cliff paths carpeted with gorse, the island offers a plethora of riches for the floral enthusiast year round.

This floral bounty is celebrated every June with Guernsey Floral Festival, a month of floral themed events and exhibitions. Some of the island’s finest homes open their stunning gardens to the public, with over 20 hidden gardens for people to wander through and explore.

There are floral-themed tours of Castle Cornet, the Bella Luce Hotel serves unique floral gins, and there are a host of floral-themed art classes in pottery, painting and flower crown making. The coast near Port Petit (VisitGuernsey)

Whether you like a dramatic coastal cliff or a long sandy beach, Guernsey has the coastline for you. There are 27 very different bays to choose from – some with long and popular stretches of sand, others hidden coves which rarely attract tourists. The south coast is lined with stunning cliffs, best explored on foot.

For adventurous types, the coastline offers a host of exciting aquatic activities including sea kayaking, coasteering and ‘wall jumping’ from some of the lower cliffs into the ocean.

Those looking to relax should head to Port Soif, a sheltered horseshoe-shaped golden sand beach on the west coast or Port Grat on the north, a popular spot for a late afternoon swim and a BBQ. 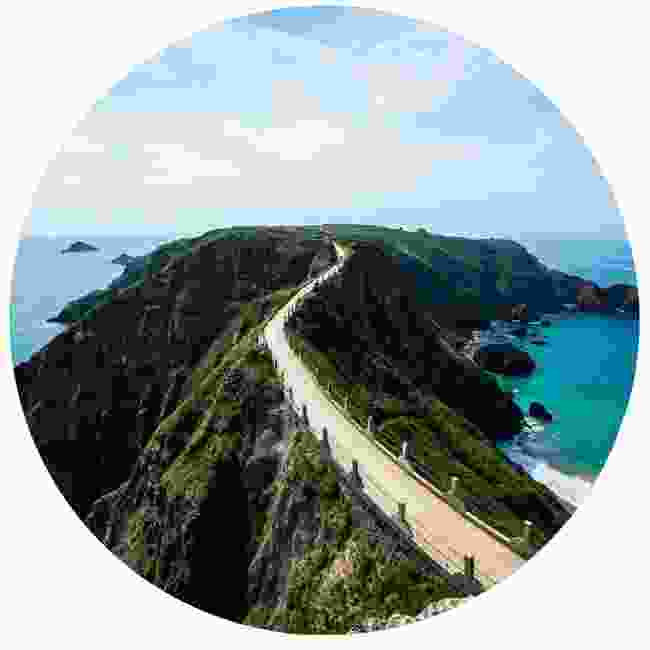 The gorgeous island of Sark (Shutterstock) 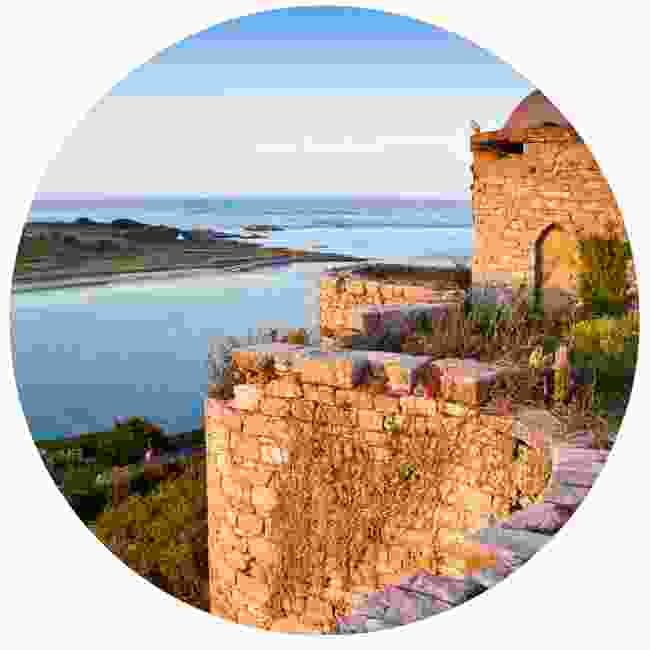 The island of Guernsey is just one of a group of islands that together form the Bailiwick of Guernsey. The other islands – Sark, Alderney and Herm – each offer something a little different and are well worth a day trip or perhaps a longer stay.

Sark is rugged and dramatic, known for its spectacular scenery, bays, coastal paths and cliff top views. There are no street lights on the island, one of the reasons it was declared the World’s First Dark Sky Island in 2011, and horse and cart is still a popular way of getting around the island, particularly along Le Coupée, the ancient stone causeway, linking Great Sark to Little Sark.

Alderney and Herm, to the north, are home to sweeping sandy beaches and dramatic moments in history. Alderney was transformed under German occupation during World War II, forming part of Hitler’s Atlantic Wall. Herm, was a neolithic hot spot, with digs revealing neolithic settlements, prehistoric beaches and evidence that woolly mammoth once roamed the isle.

There are regularly ferry services between the islands and travelling between them is a great way to see the abundant wildlife here. Expect puffins, seals and possibly even dolphins as you power across the glittering seas. 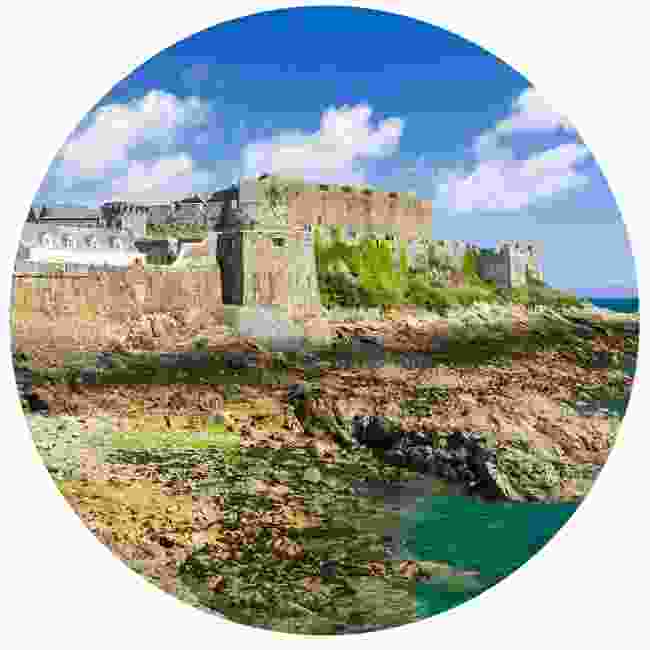 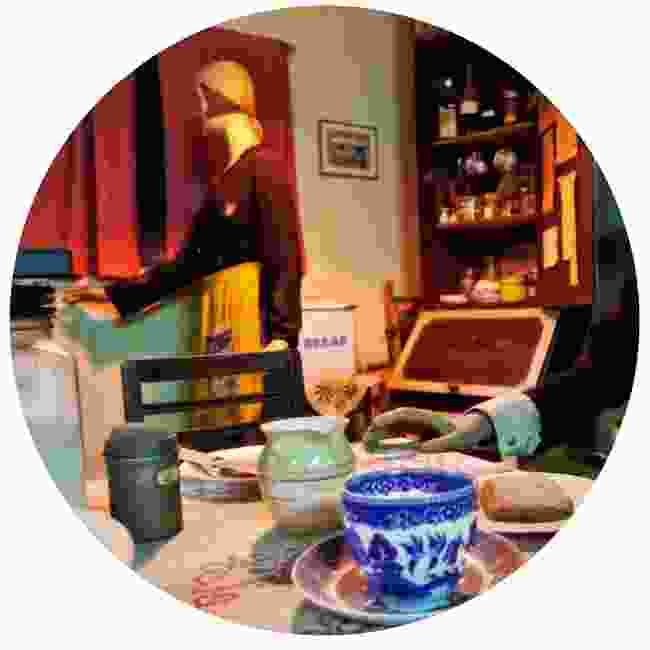 Whichever island you find yourself on, there’s a story to be discovered. As mentioned above, Herm’s Neolithic origins are a joy to explore and Alderney’s transformation during German occupation is a sobering reminder of just how close Britain came to falling during World War II. Sark’s feudal past is worth uncovering as well, with many of the old customs and traditions still in use today.

As you’d expect, the main island of Guernsey has a long and very rich history, with over 70 historic sites. The capital, Saint Peter Port, with its cobbled streets and Regency architecture, is a good place too start.

Here you’ll find the island’s top historic attractions: Castle Cornet, the 800-year-old fortress that guarding the harbour and Hauteville House, the eccentric dwelling where Victor Hugo lived for 15 years and wrote Les Misérables. There are several museums dedicated to the German occupation of the island during World War II, too.

Further afield, you’ll find all kinds of reminders of the island’s neolithic and medieval past. At Albecq, you’ll find the remains of a small medieval settlement, excavated in 1995. At Castel Menhir, there’s a granite standing stone, carved into the shape of a woman, that dates back to the Early Bronze Age. Other megalithic structures can be found at Déhus Dolmen, Delancey Dolmen and La Platte Mare. 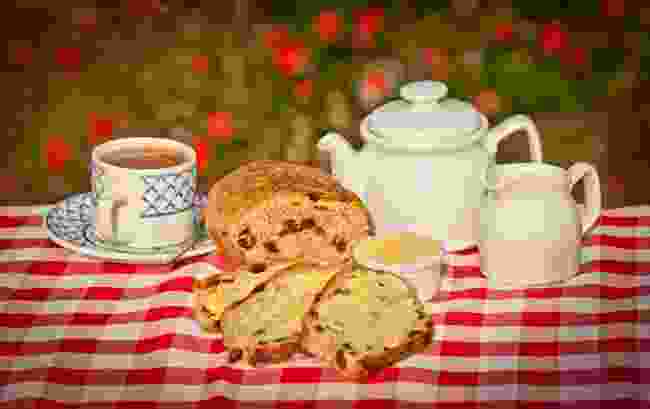 Home made ice creams, freshly caught crab and indulgent Sark butter spread with jam - make sure you pack an appetite for your visit to Guernsey. The island is rich in natural ingredients and the locals are passionate about their food. The influence of both England and France can be seen in every dish.

Local produce is sourced straight from the ocean (or farmer’s soil) and served straight to your plate. Any seafood dish is delightfully fresh and flavoursome, but make sure you try the crab and lobster. Indeed, grab a crab sandwich from any of the beach kiosks. They’re divine.

Looking for distinctive Guernsey dishes to savour? Try the Guernsey Bean Jar, a local take on cassoulet or a haricot bean stew, cooked slowly in an earthenware jar with beef shin, pig’s trotters or ham hock, onions and carrots.

For pudding, there’s Guernsey Gâche, a fruit bread made with local eggs, butter and milk and studded with candied orange peel and sultanas. Pronounced ‘gosh’, you’ll find it all across the island, along with Gâche Melée, and apple suet pudding that is stodgily delicious.

Looking for something to wash down your meal? Try the local Rocquette cider, made using techniques imported from Brittany. Or the Randalls beer, brewed on the island since 1868. Breda, a fruity, full-flavoured lager, is a local favourite.

Have you enjoyed a visit to Guernsey, or the neighbouring Channel Islands? Tell us on Twitter @wanderlustmag, or Instagram @wanderlustmag

8 foodie experiences you can only have in Guernsey