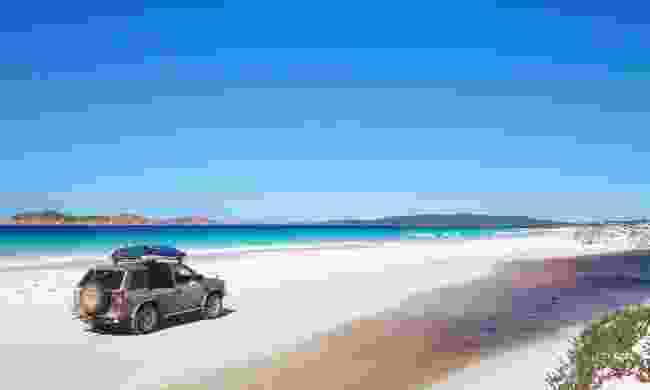 As you’d expect from the world’s largest sand island, the beaches on Fraser Island are amongst the most beautiful in Queensland. The most famous is 75 Mile Beach, a long, long stretch of white sand along the east coast of the island that also serves as a national highway and a runway for light aircraft.The sea here is wild and rough and unsuitable for swimming, but it’s not unusual to see whales breeching, just beyond the breakers.

Having said that, there are other unique ways of cooling off along the way. Eli Creek, a large freshwater stream at the southern end of the beach, pours four million litres of water into the ocean every hour. Join the locals by grabbing a ‘ringo’ (inflatable ring) and floating on the fast moving current towards the sea.

Just north of 75 Mile Beach, on the other side of Indian Heads, you’ll find Champagne Pools. Another popular swimming spot, the pools here are renowned for their relaxing bubbling water, caused by waves crashing over volcanic rocks. 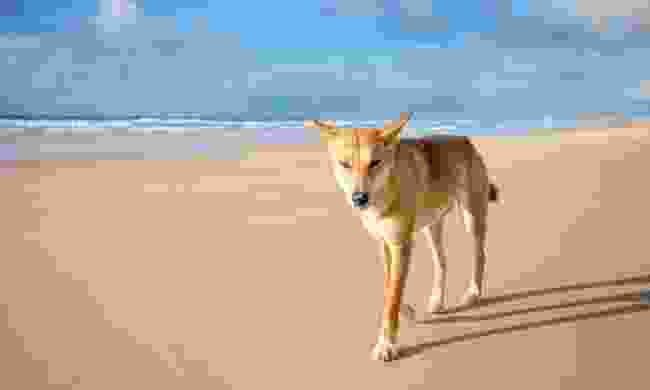 A dingo on 75 Mile Beach (Dreamstime)

The wildlife on Fraser Island is surprisingly diverse. Across the sand dunes and eucalyptus forests you'll find 354 species of birds, 47 species of mammals and 79 different types of reptiles. Off the coast, it’s not unusual to spot pods of humpback whales, especially between August and October when they make their annual migration up the east coast of Australia. Indian Heads is a great spot to watch them pass by.

The island’s most famous inhabitant, however, is the dingo. There are 25 to 30 packs roaming the island, gambolling on the beach or slinking around campsites looking for food. Due to their isolation, scientists believe that Fraser Island dingoes are the purest strain of dingo in Australia. They have golden, sandy coats and are a little heavier than their cousins on the mainland.

There is no doubt that Fraser Island is the best place to see dingoes up close. But be careful – they are wild animals and can be dangerous. Oh, and never feed a dingo. It’s illegal. There are over 100 freshwater lakes and 40 perched dune lakes on Fraser Island. And because it is a sand island, the lakes here are incredibly pure and clear. Many visitors consider swimming in one the highlight of their stay.

Lake McKenzie, with its white sandy shores and clear blue waters, is probably the most popular of the dune lakes. Lake Wabby is the deepest, Boomanjin the largest and Boomerang the highest, sitting at 130 metres above sea level. Each is filled by rainwater, making one of the softest, most luxurious swims you’ve ever had. 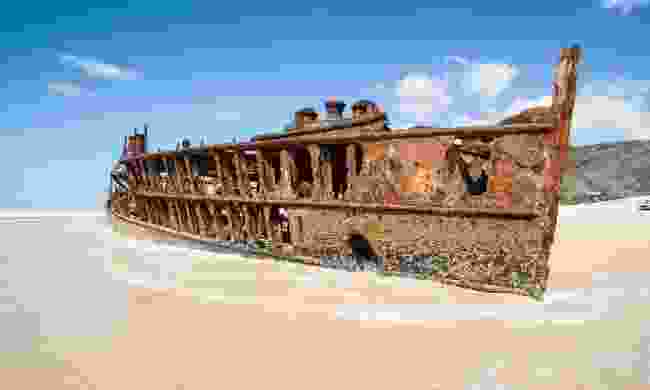 Rusting hulk of the Maheno (Dreamstime)

Fraser Island is over 800,000 years old and is home to sub tropical and eucalyptus rainforest. It was home to the Butchulla people for over 5,000 years before it was ‘discovered’ by Captain Cook in 1770 and ‘settled’ by Captain James Fraser in the 1830s. It was used by a commando school during the Second World War, an internment camp for aboriginals in 1897 and at times a sand mine and logging camp.

In 1859, the island hit national headlines when rumours spread of two shipwrecked white girls stranded on the island. A reward was offered and two girls rescued. They turned out to be local aborigines.

Today, there are many walking trails and information points on the island that offer an overview of the island’s history and specialist tours where local guides recount some of Fraser’s most colourful tales.

5: The sunrises. And sunsets 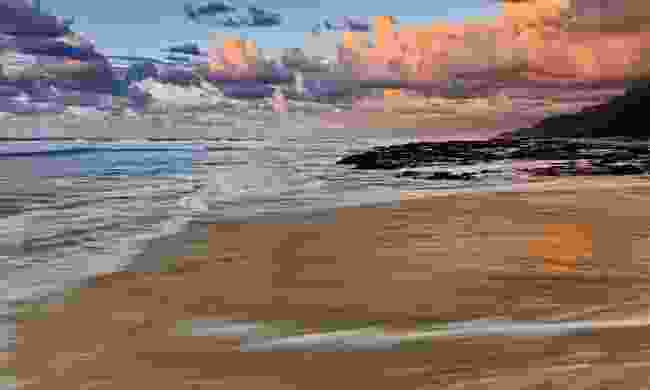 Only 22 kilometres at its widest, Fraser Island is the perfect place to enjoy a spectacular Aussie sunrise and equally fabulous sunset. You can watch the sunrise from 75 Mile Beach in the morning. Then head to the west coast and watch it set over the Great Sandy Strait in the evening.

The rusting hulk of the Maheno shipwreck, washed up on shore at the southern end of 75 mile Beach, offers a suitably atmospheric foreground for your sunrise Instagram shot. Kingfisher Bay Jetty is equally beguiling for your sunset shot. Located next to the Kingfisher Bay Resort, the jetty also boasts a sunset bar, perfect for a refreshing sundowner.