5 reasons to visit Canada out of season

With the hordes of summer gone, Canada reveals its quirkier side. For the canny visitor, it’s a unique opportunity to gain a rare insight into Canadian culture and enjoy this vast country to yourself 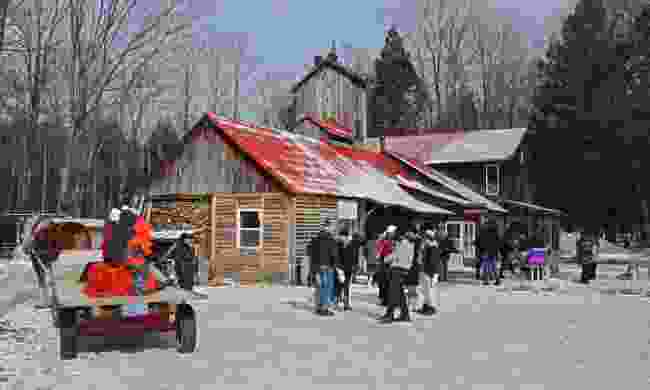 As spring returns and temperatures start to rise, so does the sap in maple trees. Known locally as the 'Sugar Season', the months between February and mid-April see Canada’s famous maple syrup industry swing back into full production.

So too do the country’s ramshackle sugar shacks. Built in the middle of the forests where the trunks of Maple trees are being tapped for their golden elixir, the shacks act as both a place to store the sap and enjoy it as well.

A typical menu in a sugar shack can include baked beans with maple syrup and omelette with maple syrup, as well as maple-cured ham and crispy fried pork rinds. Puddings include maple sugar pie, pancakes, and poached dumplings in maple syrup. If there is still snow on the ground, you’re in for a real treat: a traditional maple taffy. Simply maple syrup on a stick, rolled in snow, it is a Canadian institution.

Some shacks also provide entertainment in the form of traditional singing and dancing. 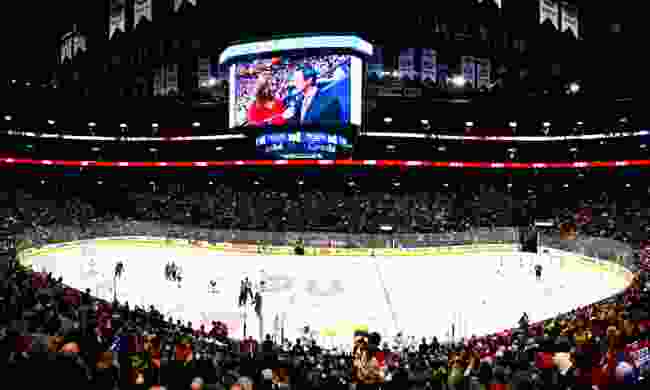 Ice hockey is Canada’s national winter sport, an obsession so singular that it is just called ‘Hockey.’ The National Hockey League season runs from October until April, and attending a match in one of the country’s major cities will be undoubtedly be a highlight of your trip.

Matches are held on afternoons and evenings, and involve teams from both Canada and the US. It is fast-paced and brutal and the atmosphere is electric, especially if the opponent is from south of the border. Canadians take their hockey very seriously, and at games they reveal a side of them that they rarely show in everyday life.

Check the official National Hockey League website for details on matches and how to get tickets. 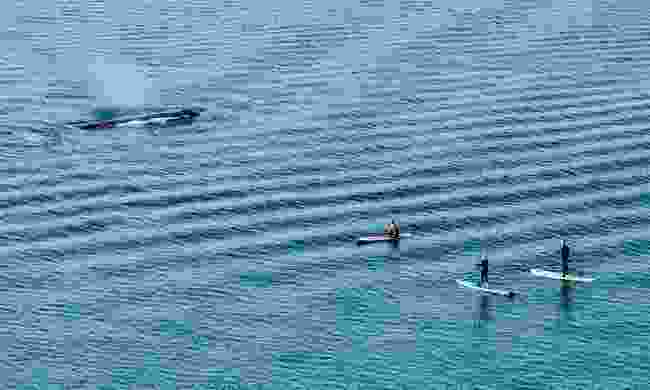 Paddleboarders with a grey whale off Stanley Park, Vancouver (Deamstime)

Vancouver's whale watching season stretches from April to October, but spring is arguably the best time to go whale watching in this beautiful part of Canada. There are fewer tourists, the prices are lower, and the weather can be lovely.

It’s certainly the best time to see spotted grey whales. They are commonly present in April and May, with many locals arguing it’s the best time of the year to see them. If you’re lucky you’ll spot some orcas and other sea mammals too. 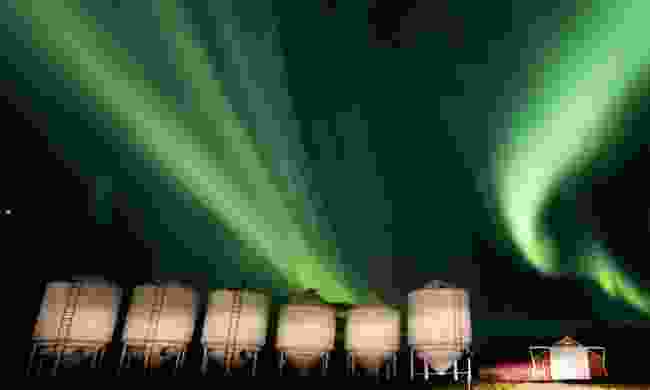 The northern lights over silos in Canada (Deamstime)

While most people think of Iceland and Arctic Scandinavia when planning to view the northern lights, Canada is a great place to see them too. What’s more, your day-to-day costs are cheaper there too.

The aurora borealis can be seen across the northern parts of Canada every winter. The best places to see them include Yellowknife in the Northwest Territories, Whitehorse and Dawson City, and Iqaluit in Nunavut.

Churchill in Manitoba is another popular spot to see them – just watch out for the polar bears. Jasper National Park, a Dark Sky Preserve just north of Calgary, is probably the most accessible location to see the northern lights in Canada. 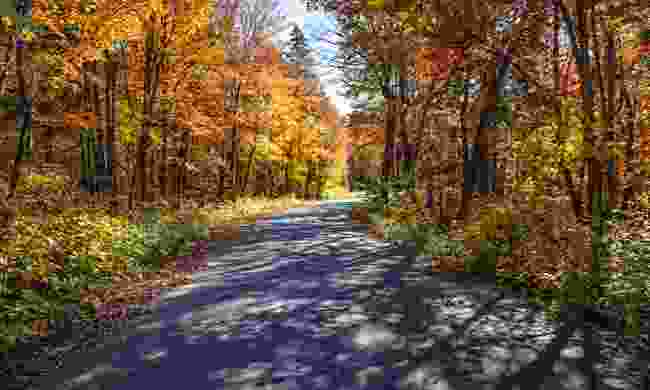 Seasoned leaf-peepers know that when the roads of New England in the US are crammed with tourists looking for autumn colours, there’s a place that is just as beautiful just a little further up the road – and it's relatively empty. It’s Musoka, in Ontario, a land of lakes and forests where it feels like you're driving through a tunnel of bursting colour.

The Lake of Bays Scenic Drive is the best of the many 'autumn leaves' routes in the region. An 80km loop, this winding route offers spectacular views of lakes, deep rock cuts, and magnificent fall colours in September and October.

Take time to stop in the charming villages of Baysville, Dwight and Dorset to experience the treats at local bakeries, restaurants and craft breweries. A tour of the lake on a historical steamship also makes a welcome change from driving.