With a gorgeous old town, bustling traditional harbour and Italy’s best beaches nearby, the Italian port city of Bari is well worth a visit. Add a thriving local food scene and you may never leave...

1. The old harbour and Lungomare 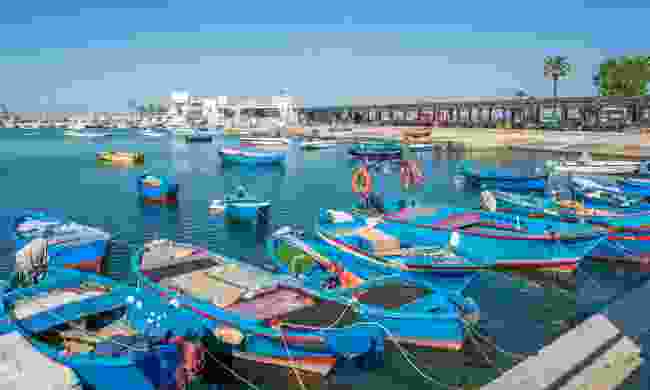 Forget Bari’s working port – the one where all the ferries leave for Greece, Albania, Croatia and beyond. Head instead to the old harbour, where life continues as it has for centuries.

This is where the traditional fishing boats land their catches and sell their seafood straight off their boats, where nets are repaired and raucous jokes are shared. Wandering amongst the boats here is a real treat - because you're seeing the real Bari. You may even get to sample some of the produce, cooked over rudimentary stoves.

The Old Harbour is also the best place to start your tour of Lungomare, the imposing seafront built by Mussolini. In true fascist style, it is the longest and grandest seafront in Italy, but as is the way of the locals, that pretension is well and truly pricked by the lively bars, restaurants and cafes that line the path.

Join them for an evening stroll or an aperitif and maybe kick off your shoes and walk along one of Bari’s sandy beaches, the best of which can be found right here. 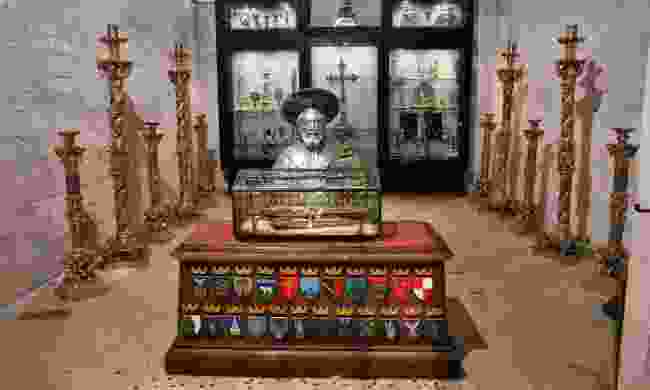 Chapel of the Relics in Basilica of Saint Nicholas (Shutterstock)

Step back in time and wander through one of Italy’s most atmospheric old towns – Bari Vecchio. Sitting on a peninsula overlooking the old harbour, this walled part of the city is a labyrinth of twisting alleys, cobbled streets and small piazzas, begging to be explored. Within the thick stone walls you’ll find are 40 churches, a cathedral and the Basilica St Nicholas, built specifically to house the bones of Santa, stolen from Myra in Turkey by Barese sailors.

Like Naples on the other side of the country, the real joy is wandering aimlessly and observing every day Bari life. Children play football on the streets. Men smoke and gossip on street corners and grandmothers string washing out on lines that stretch across the lanes from balcony to balcony. Bari Vecchio is an old town that is still very much lived in. 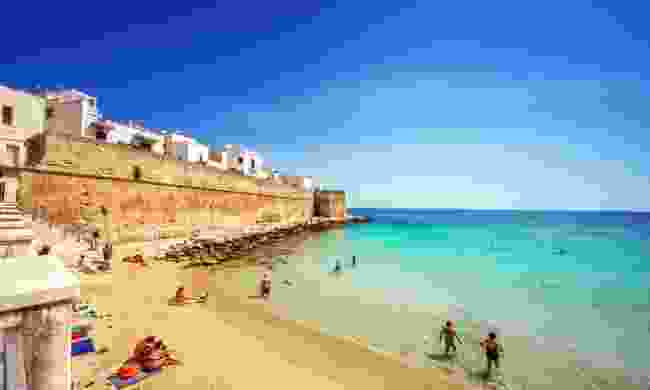 The golden beach in front of Monopoli (Shutterstock)

The beaches in Bari start along the Longomare and keep on going. The south coast is dotted with countless coves and bays, each boasting gorgeous beaches, atmospheric seaside towns and dazzling blue waters. Many regard it as the most beautiful coastline in Italy and chances are you’ll find it hard to disagree.

The crystal blue waters in Polignano a Mare are particularly tempting and you get to choose between rocky and sand beaches. Cala Porto is famous for its smooth white pebbles. Porto Cavallo is sandy. Cala Paura is a favourite with locals. If you want a beach with all the amenities, head to San Giovanni. It’s got showers, umbrellas, sun loungers and beach huts.

For a distinctly Pugliese beach experience, head to the ancient stone towns of Monopoli and Giovinazzo. The charming towns have golden sand beaches just outside their city walls. A gelato or chilled glass of wine are only ever metres away. 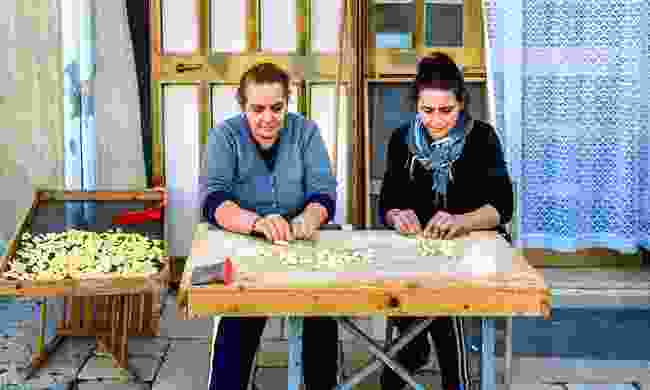 Women preparing orecchiette on the streets of Bari. (Shutterstock)

The region of Puglia is famous for its cucina povera (literally translated as 'food of the poor’), a cuisine that is simple and tasty and uses only seasonal and local ingredients. Originally, this was out of necessity. But now Puglia, and Bari in particular, finds itself at the forefront of a food movement that is taking off around the world.

The most common – and best loved – manifestation of that philosophy is orecchiette, a uniquely Pugliese pasta made without using eggs and shaped like small ears. You’ll see nonas creating them across the city and in the family-run restaurants where they are a speciality. The shape is perfect to collect the sauces that Bari is famous for – made from the freshest local vegetables like eggplant, tomatoes and mushrooms and given an extra zest by Puglia’s plump olives.

Street food is popular in Bari, too - try the panzerotti, deep-fried pastries stuffed with cheese and tomato. Down at the markets, you can tuck into the freshest seafood you’ve ever tasted. Vendors lay out plates of octopus, shrimp and anemone, with a wedge of lemon, ready for you to try. 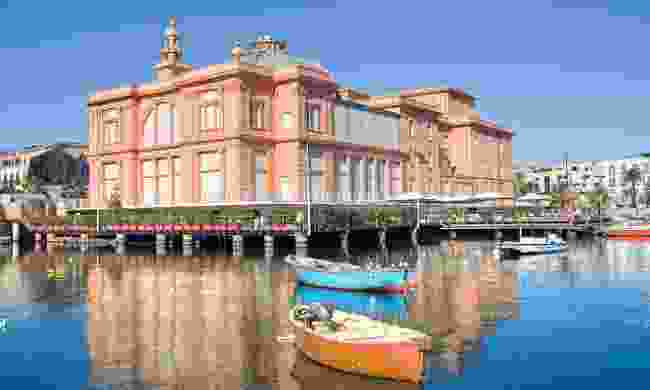 The good folk of Bari may have a reputation for being a little rough and ready, but they are really quite a cultured lot. The harbour-front Teatro Margherita, originally opened in 1914, is one of the city’s most loved and iconic buildings.

Indeed, it's right up there with La Scala in Milan and San Carlo in Naples. Luciano Pavarotti and Rudolf Nureyev are just some of the famous names who have performed here. Recently restored, the theatre has become a hub for contemporary art in the city, with a jam packed calendar of concerts, exhibitions and performances.

Another recently restored venue is the Auditorium Nino Rota, named after the Italian composer, famed for The Godfather soundtrack. He lived and taught in Bari for almost 30 years, and hearing his work performed in this beautiful venue is a real delight.

2019 also sees the reopening of the ornate Teatro Piccinni after extensive renovations, completing a trio of renovated cultural establishments in this buzzing city.

5 hidden gems you must visit in Puglia, Italy