5 reasons you must visit Ascension Island

Ascension Island is mysterious and in a league of its own. 1,300km away from its neighbours and notoriously difficult to get to, its otherworldly landscapes and wildlife makes it well worth the journey..

1. The journey's as rewarding as the destination 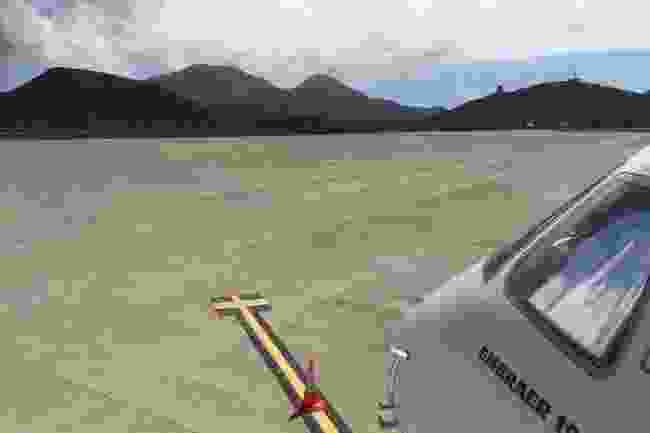 Ascension Island airport. Not as easy to get to as you might think... (Huw Hennessy)

Lying some 1,600km from the nearest continental landmass, Ascension is not the easiest place to get to. So, your adventure needs some serious planning.

Most of the year there are monthly flights from St Helena, allowing either one night or a whole month here - too little or too long for most people. In December, extra flights are put on, allowing a stay of eight nights, which is ideal for seeing most of the highlights.

Alternatively, cargo ship MV Helena visits four times a year with one four-berth cabin for passengers. It’s comfy enough, with all meals included, but you’d better bring plenty to read to while away the three-day crossing, as there’s certainly no swimming pool, casino or on-board entertainment.

Whichever way you get here, arriving either at sweltering Georgetown’s harbour or at the ‘Airhead’, ringed by rust-red volcanic cones, it feels at first more like Mars than anywhere on Earth. 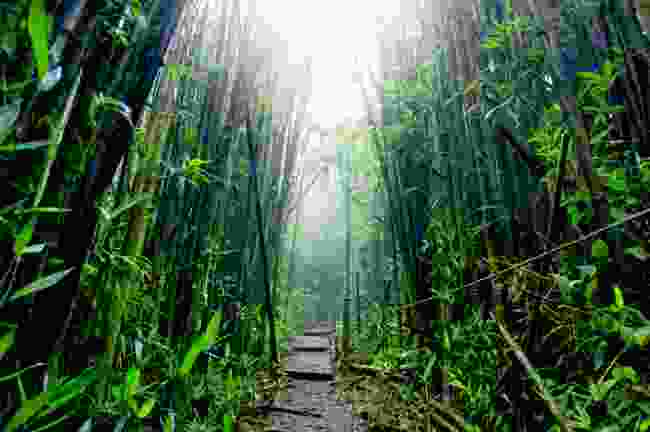 Looming over this seemingly barren island is a huge steaming peak clad in lush cloud forest, rising up to about 859m tall.

Today, it’s a national park with walking trails through bamboo groves, ginger, eucalyptus, Norfolk Pines and shady forests dripping with endemic tree ferns, offering jaw-dropping views all around. The original plan was to ‘green’ the island to create its own micro-climate in order to produce a fresh water supply.

With today’s global warming crisis, it’s debatable what effect the forest has had on the climate here, but the vegetation is gradually spreading downhill, managed as far as is humanly possible by the Conservation Department. 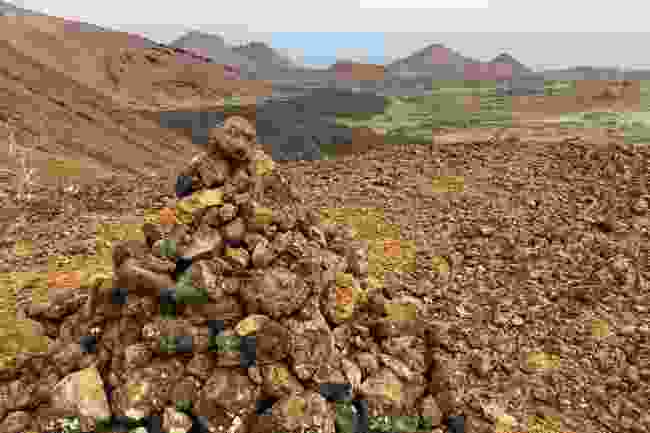 Although much of Ascension is pock-marked with volcanic craters, cones and lava fields, the island is actually one single gigantic volcano, with approximately one percent showing above the sea.

The scorched red and black hills puncturing the landscape are cinder cones (scoria cones, or magma vents) and lava domes (magma plugs), formed over eons, spewing out lava flows down to the sea. A network of hiking trails leads to many of the peaks, with names such as Devil’s Ashpit, Devil’s Riding School and Devil’s Cauldron enhancing their infernal allure.

Adding to the unearthly appearance, the hillsides are dotted with snooping telecommunications dishes and aerials, including remains of the former NASA centre, where Apollo tested the moon buggies on lava flows in the 1960s. 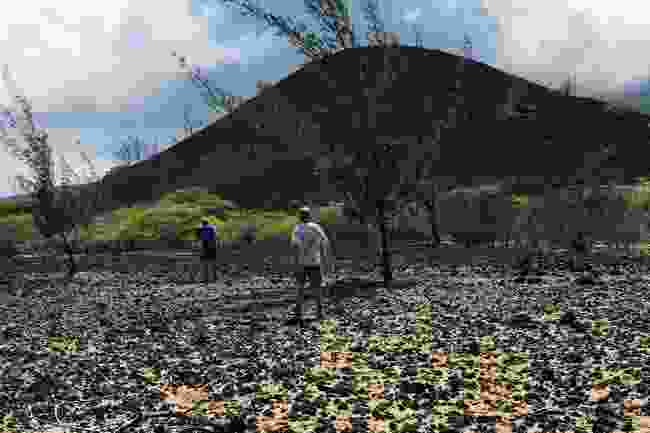 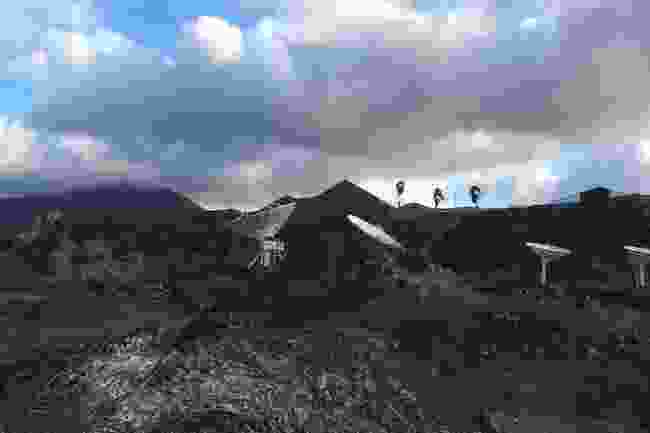 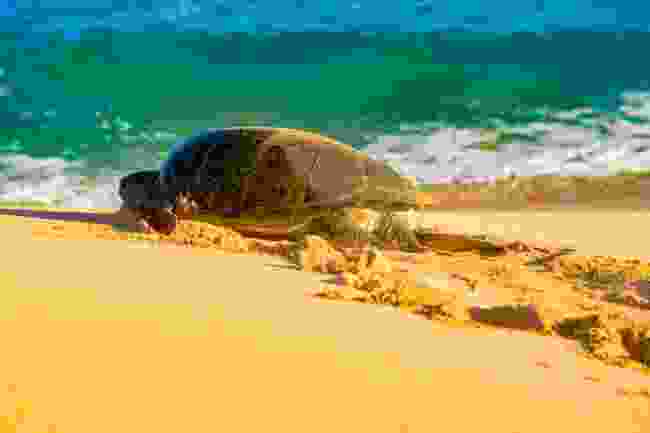 Green turtle on the shores of Ascension Island (Shutterstock)

Imagine standing on an empty beach one summer night, soft sand between your toes, pounding surf behind you and a star-filled dome above. Guided only by a head torch, you become aware of a dark mound moving slowly and rhythmically in a sandy hollow at your feet.

It’s a female green turtle laying eggs, at the culmination of its 2,800km transatlantic journey from Brazil to Ascension. Thousands of turtles make the epic migration each year between December and June, mating and then heaving their way up the beach.

Look out for the distinct flipper trail leading from the sea, and follow it to the nest, keeping a discrete distance until it starts laying its ping-pong ball sized eggs. An unmissable, moving experience, one of nature’s greatest wonders.

5. They have... the world's weirdest golf club? 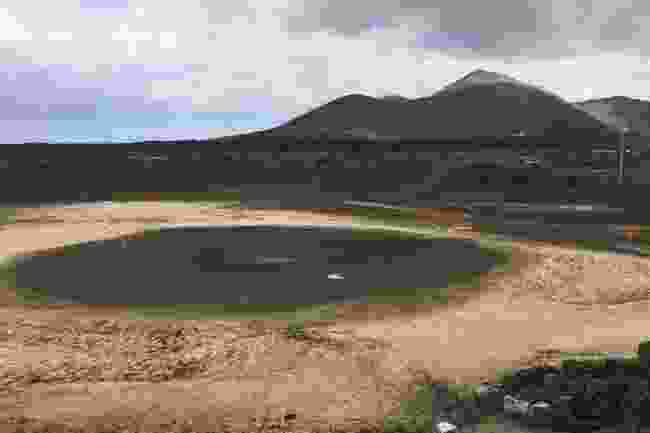 Dubbed by some the worst golf club in the world, One Boat Golf Club occupies a lava field between Georgetown and Two Boats village.

The course comprises ‘browns’ instead of greens, formed of crushed volcanic rock damped down with diesel oil to keep it smooth. Well, relatively smooth, compared to the crusty rock piles ringing the dusty fairways.

It's no St Andrew’s. In fact, it looks more like a scene from Breaking Bad. But it’s a very laid-back place, with some 30 club members playing regularly. The sign on the clubhouse door invites players to drop their fees through the letterbox: £5 for 18 holes / £2.50 for nine holes. Worth a shot...

7 things you must do in St Helena

The 7 wonders of St Helena