Welcome to the outdoor adventure hotspot that you’ve (probably) never heard of – land of amazing road trips, mighty mountains, and the wildest beaches you’ll ever set foot on...

You might struggle to find Ras Al Khaimah on a map – indeed, do you even know which country it’s in? Don’t worry: that’s all part of its charm. RAK is one of the UAE’s seven emirates – alongside the likes of Dubai and Abu Dhabi. But it’s time to forget everything you think you know about the UAE, because RAK is everything that its showy neighbours aren’t. Here’s why... 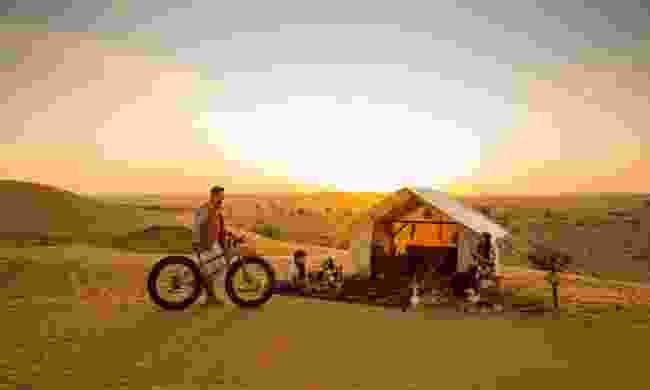 Camping in the desert (Ras Al Khaimah Tourist Board)

Those aforementioned mountains? They were made for hiking and biking. On the coast, you’ll find 64km of vast sandy beaches and natural lagoons, with a modest handful of hotels and fishing villages. There are mangrove forests, too – where you can kayak alongside turtles and kingfishers, without another soul in sight.

Unspoilt, crowd-free, and ripe for adventure, Ras Al Khaimah couldn’t feel further from the shopping malls and skyscrapers that the UAE is infamous for.

2: … and the desert isn’t desolate 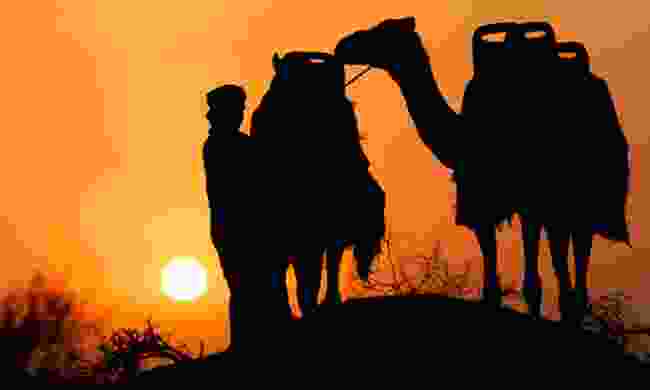 The Bedouin heritage of Ras Al Khaimah is alive and well. The desert might seem empty at first, except for its towering sand dunes and a few hardy camels, but look a little closer to find leafy oases, small villages, and luxurious tented campsites – where you can enjoy the solitude of the landscape without foregoing your creature comforts.

There are plenty of ways to immerse yourself in the majesty of those rolling dunes: most camps and hotels offer camel trekking, horse riding, and 4WD safaris, as well as falconry displays and sandboarding – which is just like snowboarding, but much warmer!

3: The mountains are amazing 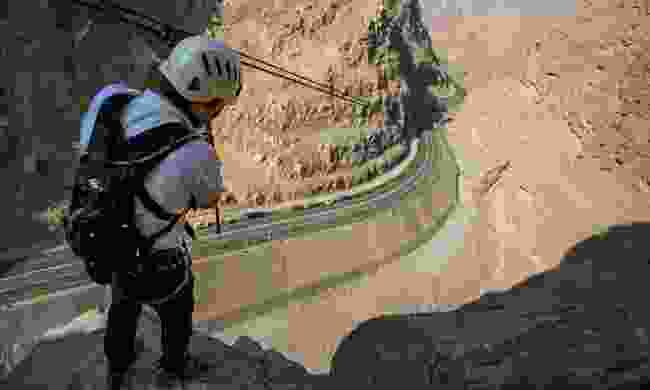 In-the-know hikers head to the Ru’us Al Jibal range, in RAK’s easternmost corner, for lofty rambling trails and challenging clifftop scrambles – a rare treat in the UAE’s mostly pancake-flat terrain. This mountainous spine runs down through Fujairah and Sharjah too, but RAK has bagged the best bit: Jebel Jais, the UAE’s tallest mountain, which is fast becoming the region’s adventure capital.

Hiking up this 1,934m peak is challenging, but easily doable in a day – or you could drive to the summit (no 4WD needed). From the top, the sheer scale of the range becomes clear: you’ll feel like an insignificant speck amid its soaring sun-baked peaks. A new via ferrata route (opened last year) will test your head for heights further, with its high-reaching rope ladders and cliff-face climbing walls – alongside the world’s longest zipline (a hair-raising 2.83km). At least you can blame your sweaty palms on the heat. 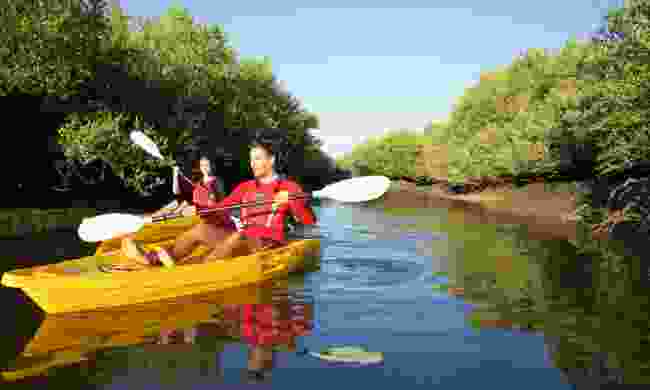 RAK’s wild coastline is just begging to be explored. Until just a few decades ago, this was a nation of fishermen, pearl divers and swarthy sea traders – and while those days are (mostly) over, you can still ply the waters in a traditional dhow boat. Hop on board for a blissful day of beach barbecues, dolphin spotting, and snorkelling in secluded lagoons.

The clear, calm Arabian Gulf is ideal for kayaking and paddleboarding – or you could blow off some steam with jet skiing or wakeboarding. Want to get a bird’s eye view of that crowd-free coastline? Try parasailing from the back of a speed boat – with the wind in your hair, the sun at your back, and the golden sand stretching as far as your eyes can see.

5: … and a wildlife hotspot too 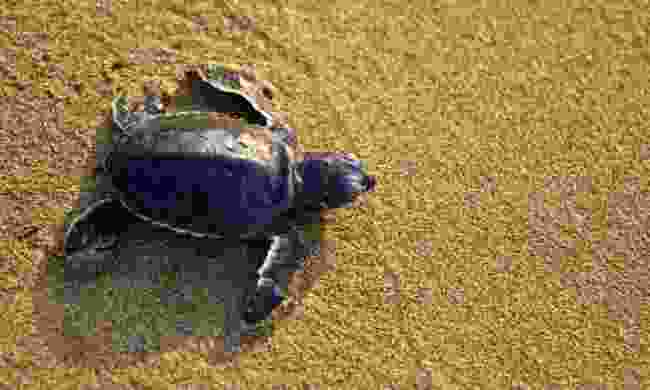 Sea turtles are frequently spotted on beaches in RAK (iStock)

RAK is a great wildlife-watching destination – if you know where to look. Many of its beaches are prime sea turtle nesting sites (so tread carefully), while over 80 different species of whales and dolphins can be found just off-shore. 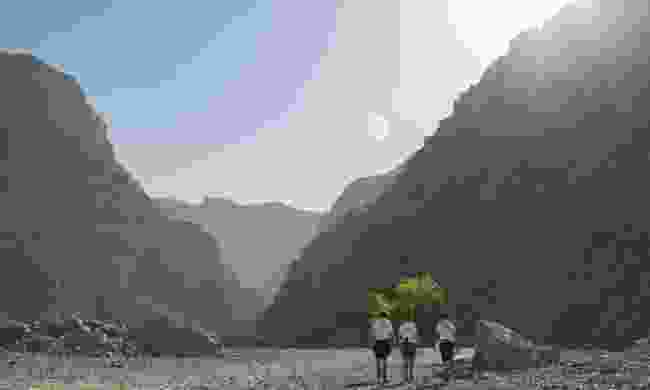 Yes, the UAE’s temperatures soar in summer, but they dip below 30°C in September: just in time for a well-earned winter sun adventure. From November to February, Ras Al Khaimah’s coast basks in long, mild days – with temperatures in the 20s, clear skies, and only the occasional rain shower.

In RAK’s mountains, meanwhile, the air is much cooler – and you may even find a light dusting of snow in winter. It’s a far cry from the scorching climes you might expect in the Middle East.

7: You can bring the kids for free 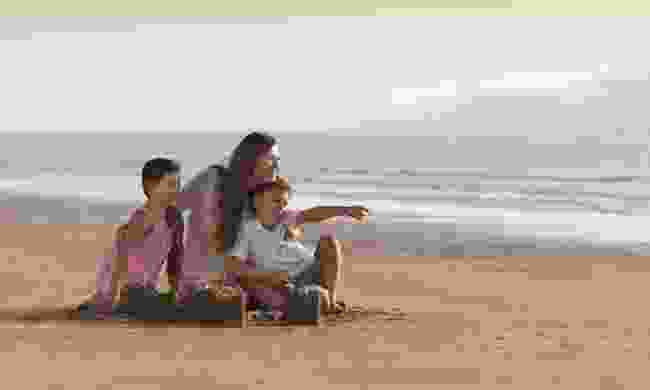 Think your kids would love RAK’s watersports and desert adventures? Until autumn 2018, under 12s can stay for free in most of the emirate’s hotels, with complimentary meals too. Hotels participating in the Kids Go Free campaign include the Waldorf Astoria Ras Al Khaimah, Rixos Bab Al Bahr and Hilton Al Hamra – all gorgeous beach-front hotels offering kids’ clubs and plentiful dining options to keep the whole family happy.

Or, retreat to the five-star Ritz-Carlton Ras Al Khaimah Al Wadi resort, whose sumptuous tented villas are surrounded by a desert wildlife reserve. Little ones will love the kids’ club, wildlife safaris, and activity centre – while you’ll enjoy the four excellent restaurants, Arabian-inspired afternoon tea, and your very own private pool.

Find out more about family holidays in Ras Al Khaimah. 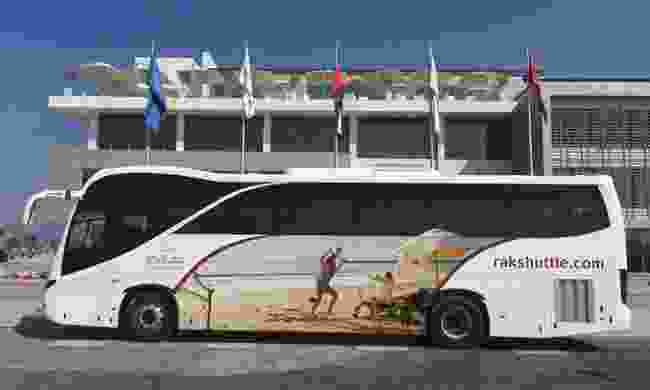 Coach transfers are available to and from the airport (Dreamstime)

Dubai International Airport – a seven-hour flight from the UK – is a mere 90-minute drive from Ras Al Khaimah’s eponymous capital. Most hotels in Ras Al Khaimah provide transfers if you don’t fancy hiring a car, and there’s even a shuttle bus between Dubai Airport and central RAK, costing just Dh20 (£4) each way – with WiFi, water and local maps included.

Want to do some exploring over the RAK border? Sharjah (another of the UAE’s more low-key emirates) lies to the south, while a journey northwards will take you to Musandam – a beautiful Omani enclave, which is famed for diving and hiking too.

9: And easy to get around 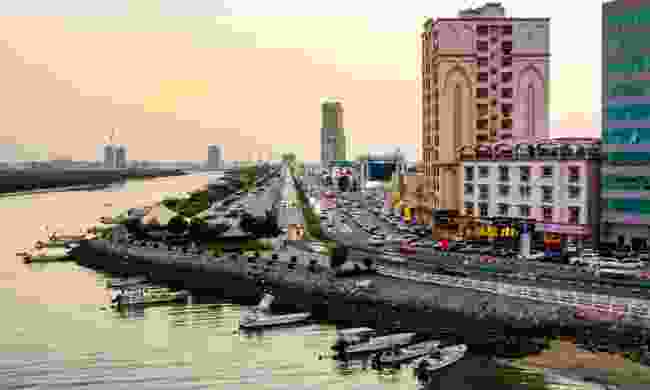 RAK’s road infrastructure is fantastic: its pristine, congestion-free highways connect all parts of the emirate – even up into the mountains and along the coast. Car hire is convenient (pick up a vehicle from Dubai, or hire one locally), and petrol is an absolute bargain: just Dh2.33 (46p) per litre.

Planning your next family break? Kids under the age of 12 can stay in Ras Al Khaimah for free this summer and autumn.