Royal Connections: 5 quirky regal sites in Britain and the stories behind them

For the most fascinating royal stories forget London and Windsor, says author Caroline Taggart. Travel a bit further afield, she says, and that’s where you’ll find the really interesting stuff

William II’s sudden death in 1100 – shot by an arrow in a ‘hunting accident’ in the New Forest – has given conspiracy theorists plenty to chew over for almost a millennium. The metallic monument that marks the spot describes the circumstances and explains that, the original stone having been badly mutilated and defaced, ‘this more durable memorial’ was erected to enclose it in 1841. It seems a shame that they covered up the entire stone, however mutilated it might have been, but it’s in a very pretty part of the forest, worth a visit anyway.

There are plenty of ancient oaks around – not to mention birch and beech – and on a fine autumn day there can be few prettier sights in southern England. None of the trees is old enough to have been involved in William’s death, though there is one only about 10 paces away from the memorial that may – just may – be a descendant of it. 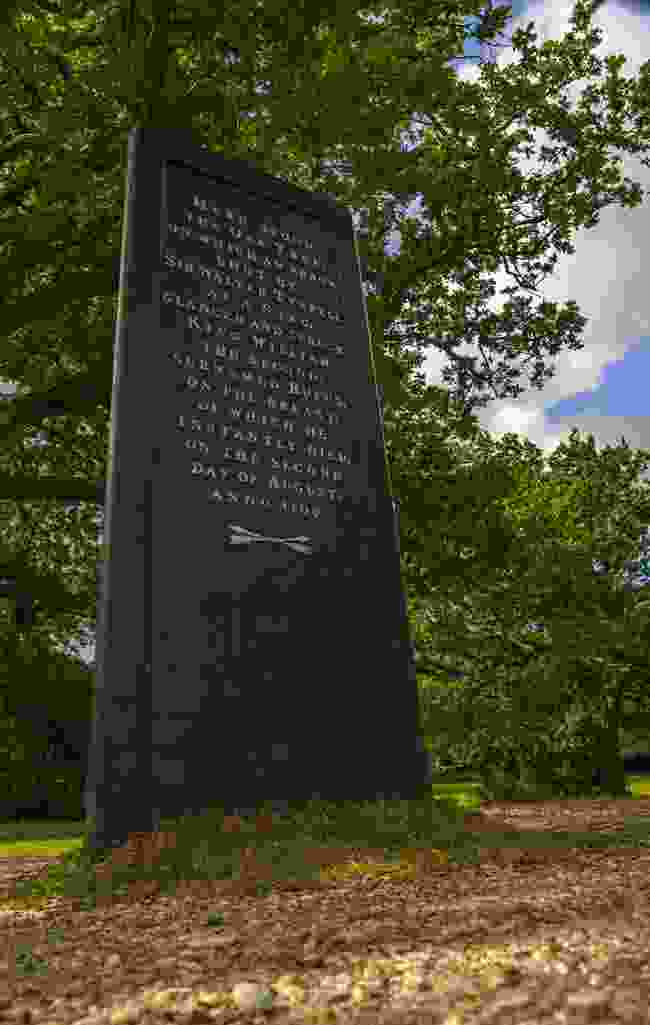 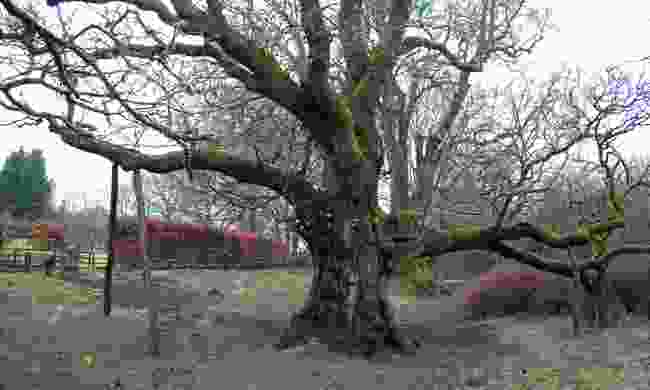 If you studied Macbeth at school, you may be as surprised as I was to learn that ‘great Birnam Wood’ – the one that apparently uprooted itself and headed towards Macbeth’s castle, fulfilling the witches’ prophecy – wasn’t a figment of Shakespeare’s imagination. What remains of it lies along the south bank of the Tay, some of the loveliest country in Scotland, and contains an ancient tree known as the Birnam Oak.

From the village of Birnam, Oak Road quickly take you to an enormous tree. In front of it stands a gravestone-shaped slab on which are carved the words, ‘It’s not me – I’m a sycamore.’ But just a bit further along, there it is – the Birnam Oak, some 23ft in girth and reaching skywards as far as the eye can see. It’s been dated to at least 500 years old, so if it wasn’t there in Macbeth’s day it certainly was in Shakespeare’s. Like most ancient woodland, the remains of Birnam are breathtaking and somehow magical. 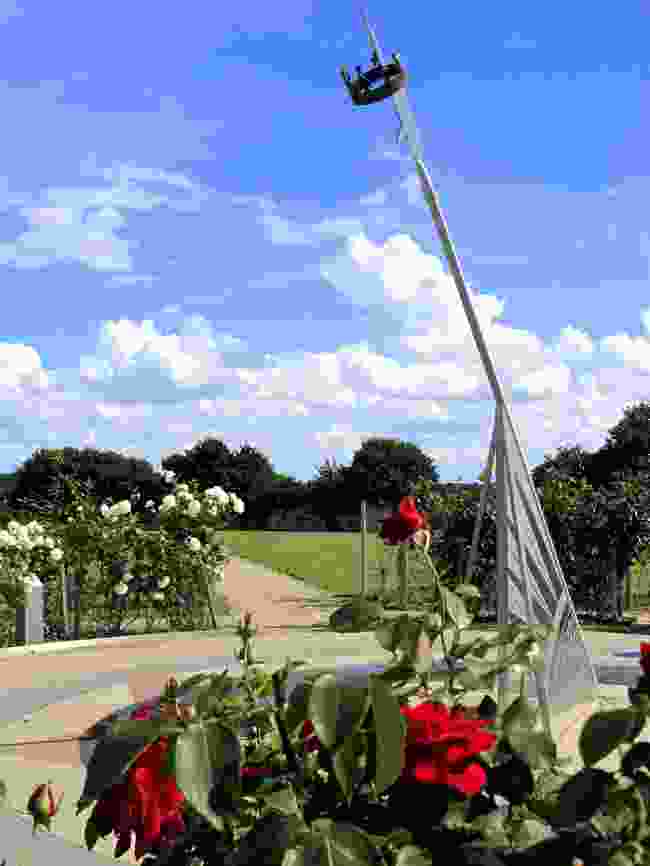 A memorial sundial marking the place where Richard III faced Henry Tudor in 1485 in Bosworth. (Dreamstime)

The people who designed the Battlefield Heritage Centre and Country Park at Bosworth have done a superb job. You could go there on a Sunday afternoon just to take the dog for a walk, but it would be a shame to miss the sundial that details the events of that history-changing day.

‘Early in the morning men prepare their souls and their equipment for the forthcoming battle,’ it tells you, at the point where the sun would have fallen at 8am. ‘Sounds of stone on blades and murmured Latin prayers are soon drowned out by the din of the drums calling the men to muster.’ At noon, ‘Bodies strew the field, blood soaks the ground.’

Then by three in the afternoon it is all over: ‘The last of the Plantagenet kings slung naked across a horse; a victor leads his tired army to Leicester and a day’s deeds are recounted.’

That naked king is the one they discovered under the car park over 500 years later. 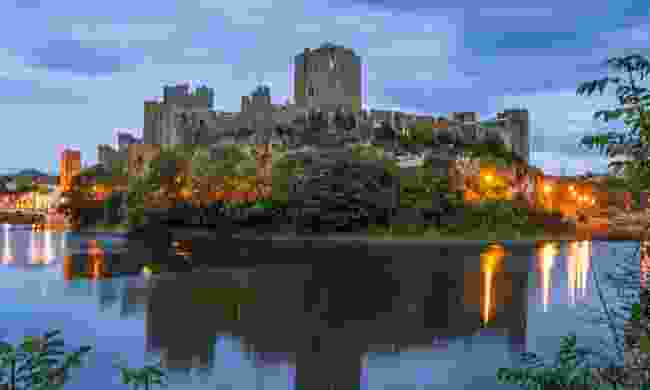 Henry VII’s birthplace sits on – almost seems to grow out of – an impressive slab of sheer rock above a substantial body of water. It wasn’t going to be scaled by anyone less agile than Spider-Man. This was a castle that meant business. It was and is huge.

It’s also enormous fun and you can do a surprising amount of unsupervised exploring – up narrow staircases, out on to ramparts and up the five-storey keep. Looking down from there you get a clear impression of what a rabbit warren the castle must have been – rooms, staircases and towers appear to sprout all over the place.

There’s a dungeon tower where one unfortunate was kept for seven years in such poor light that he went blind; and – don’t miss this – a vast underground cavern that was used as a shelter in Palaeolithic times. It’s not every castle that can boast that part of its site has been occupied on and off for the last 12,000 years. 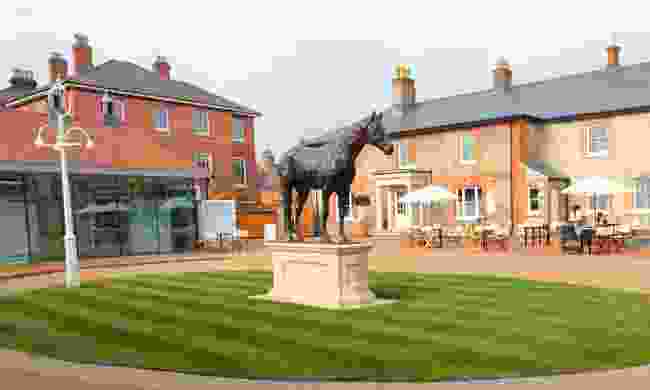 It was Charles II who established horseracing as we know it, even riding in races himself. He held the first race meeting at Newmarket at Easter 1666 and was so taken with the area that he rebuilt the dilapidated palace and moved his court there twice a year, instituting the idea of a spring and an autumn ‘meeting’.

On the site of the royal stables today is the National Horseracing Museum, which pays tribute to all the sport’s royal enthusiasts, from Henry VIII to Elizabeth II. A slightly surprising inclusion is Queen Anne, who founded Ascot racecourse in 1711. The first race ever run there was Her Majesty’s Plate, and Ascot still has a Queen Anne Enclosure.

The Newmarket museum also, of course, pays tribute to the non-regal greats of the sport, both equine and human, and shows you how to choose your own colours should you ever find yourself the proud possessor of a racehorse. 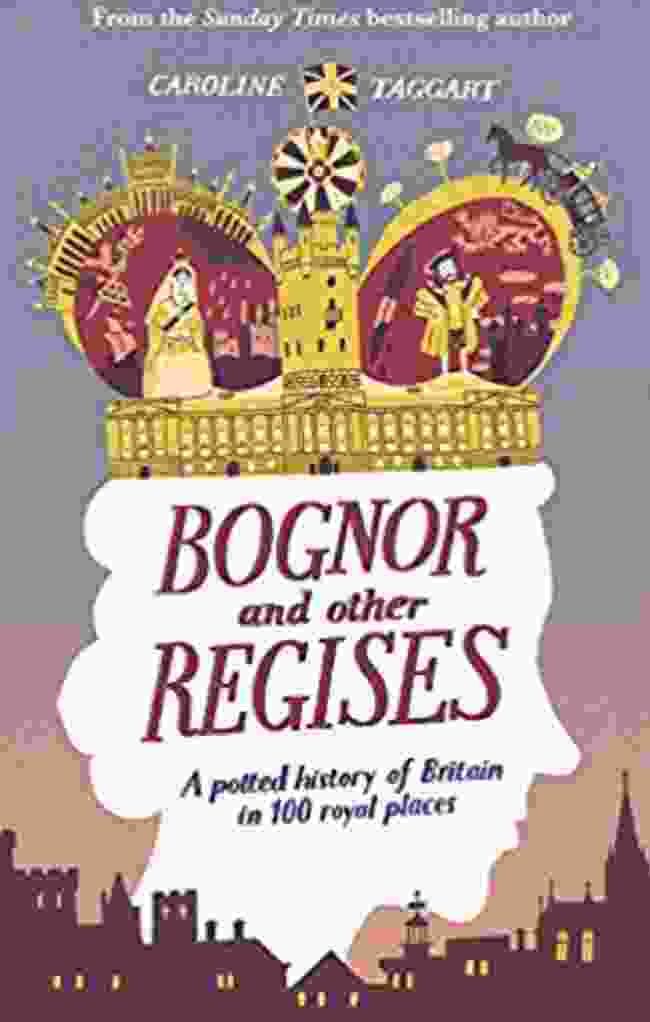 Caroline Taggart is the author of Bognor and Other Regises: a potted history of Britain in 100 royal places. You can order your copy on Amazon now.