9 awesome pyramids... that aren't in Egypt

Symmetrical and spectacular, pyramids have long fascinated travellers. These ancient – and not so ancient – structures are just as enigmatic and beguiling as their cousins in Giza, and often closer to home 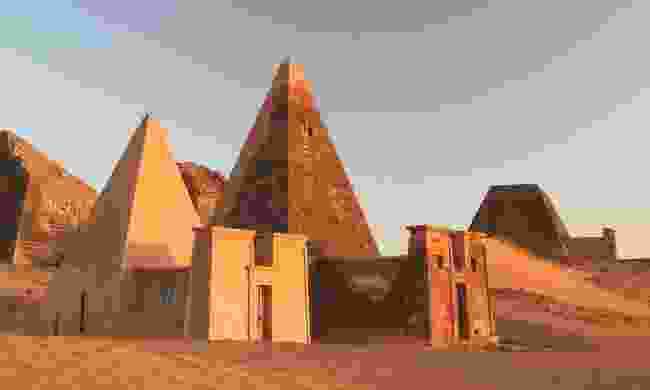 They may be smaller than their cousins up north in Giza, but the pyramids of Meroe in northern Sudan still cut an impressive sight. For one thing, there are more of them – over 200 in total – and their steeper sides are quite startling. More importantly, you’ll find them virtually deserted.

Meroe was the capital of the Kingdom of Kush, ruled by Nubian kings and queens from about 300 BC to 300 AD. And like in Egypt, the pyramids were their tombs. Wondering why most of them have their tops knocked off? That’s the handiwork of Italian explore Giuseppe Ferlini. He spent much of the 1880s here searching for treasure. 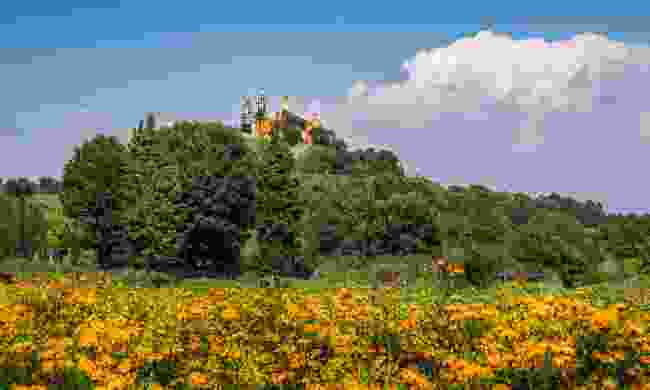 Church of Our Lady of Remedies, at the top of Cholula pyramid (Dreamstime)

Interesting fact: The world’s largest pyramid has a church built on top of it. Located in the Mexican state of Puebla, the Great Pyramid of Cholula covers nearly 45 acres and rises 53m high. After falling into disuse, the pyramid became covered in soil and foliage. When the Spanish arrived in 1509, they didn’t see an ancient structure – they saw a hill that would be a good place for a chapel.

Today, visitors can explore the site and its network of tunnels snaking under the hill, before popping up to the church for afternoon mass. 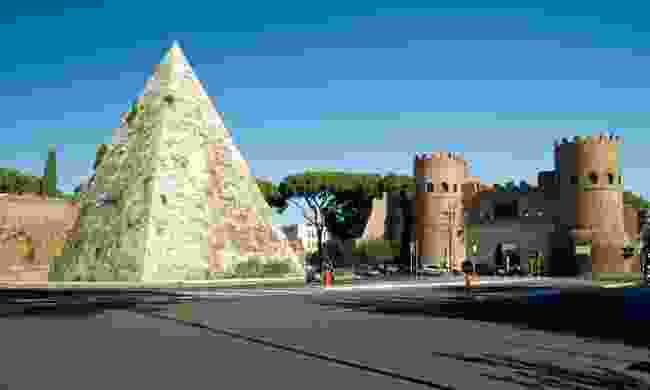 Built as a tomb for the Roman magistrate Gaius Cestius Epulo, this steep pointed pyramid took 330 days to knock up way back in 12 BC. It was made of concrete covered with marble, and has paintings and inscriptions on its interior walls.

Set beside Porta San Paolo, the pyramid is a striking sight – especially under a blue Italian sky. It left the English author Thomas Hardy unimpressed though, when he visited Rome in 1887. So much so that he was moved to write a poem: “Who, then, was Cestius, and what is he to me?” 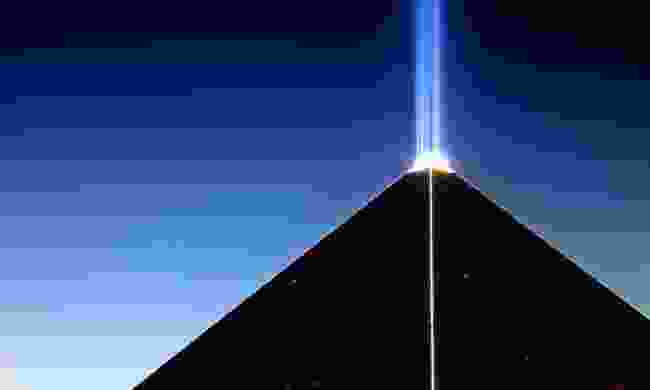 Modelled on the Great Pyramid in Giza and named after the city close to 700km to the south of them, the Luxor Pyramid megaresort was opened in 1993 after only eighteen months of construction. It has 2,526 guest rooms, a gigantic casino area, a showroom, restaurants, and massive entertainment venues on its second floor. Intriguingly, the project was entirely financed with ‘petty cash’ from other casinos in the group.

Each evening the Las Vegas skies are illuminated by the Luxor Beam, the strongest beam of light in the world. Curved mirrors collect light from 39 xenon lamps and focus them into one intense, narrow beam that pierces the night sky and can be seen up to 443km away. 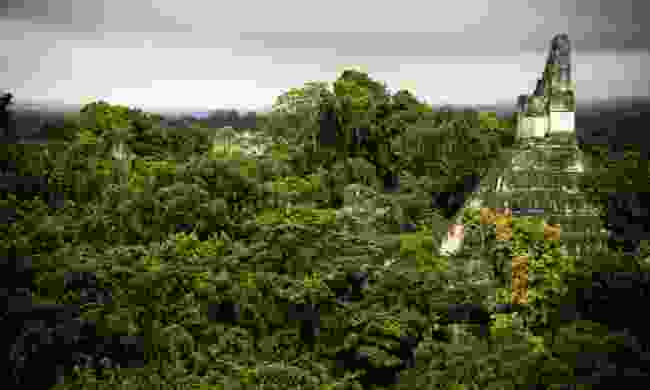 Tikal in the rain (Dreamstime)

Scattered throughout the thick rainforest of northern Guatemala, echoing with the primeval yelps and growls of howler monkeys, you will find five pyramid temples built by the Mayans between 300 to 900 AD to honour their gods. Abandoned and forgotten for close to 800 years, they were gradually reclaimed by the jungle.

You’ll spot the tallest, Pyramid IV, poking above the canopy. At 65m high, it is topped by the Temple of the Two-Headed Serpent and is a popular place for visitors to watch the sunrise over the Guatemalan jungle. 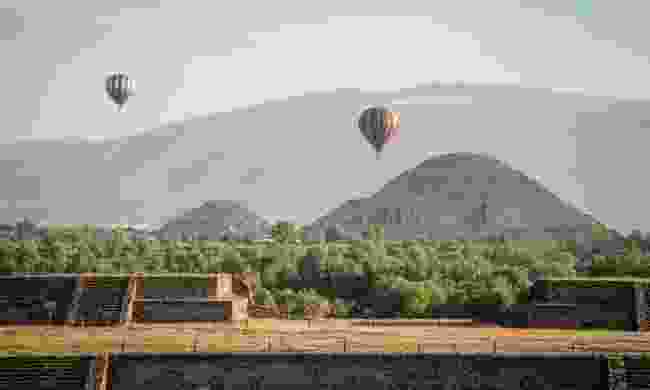 As befits what was once Mesoamerica’s greatest city, the ruins of Teotihuacan – northeast of Mexico City – boasts not just one but a myriad of pyramids. The Pyramid of the Sun, a 60m-high monster, is the most impressive. But its smaller sister, the Pyramid of the Moon, down the other end of the Avenue of the Dead is well worth a visit too.

Laid out to strict geometric and symbolic principles, the pyramids were at the heart of one of the most powerful cultural centres in Mesoamerica, allowing the city to extended its cultural and artistic influence throughout the region and beyond. 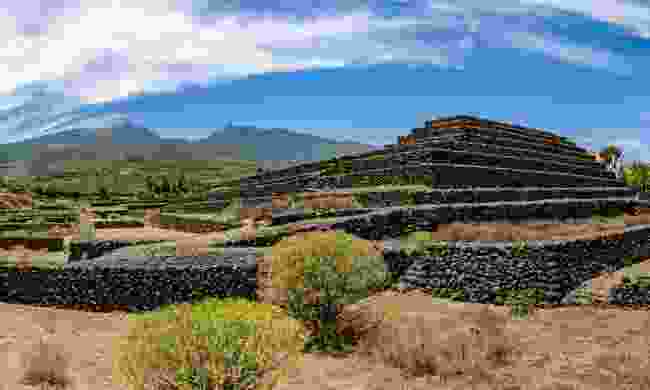 The Pyramids of Guimar on Tenerife (Dreamstime)

These mysterious structures, made from lava stone without any mortar, are an anomaly on these sleepy islands. Archaeologists have found no other evidence of an ancient civilisation here, so speculation about who built them (and what they were for) is rife.

The famous adventurer, Thor Heyerdahl, speculated they were part of a trans-Atlantic link between Egypt and Central America. Spanish researchers Antonio Aparicio Juan and César Esteban Lópe claim they were built according to Masonic symbolism. The least intriguing theory – and sadly, the most likely – is that they were built in the 19th century by farmers, to amuse themselves as they cleared their land of stones. 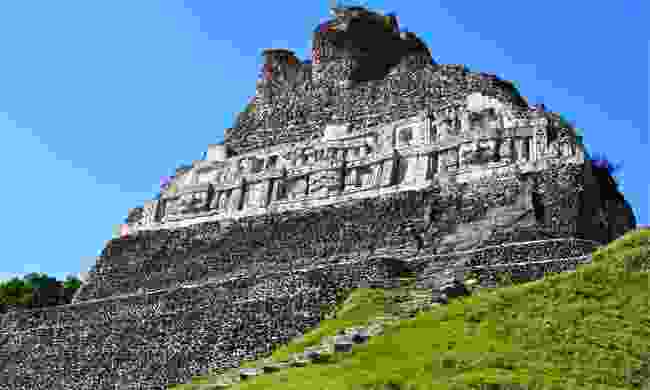 Located on a ridge overlooking the Mopan River, 112km west of Belize City and within sight of the Guatemalan border, the Mayan pyramid known as El Castillo is the second tallest structure in Belize, after the temple at Caracol. It also comes with its own ghost.

First spotted in 1892, she is known as the ‘Stone Lady’ and is always resplendent in a white flowing dress, alarmingly offset by her red, fiery eyes. After striking menacing poses in front of El Castillo, she ascends the stone stairs to the top, before disappearing into a stone wall. 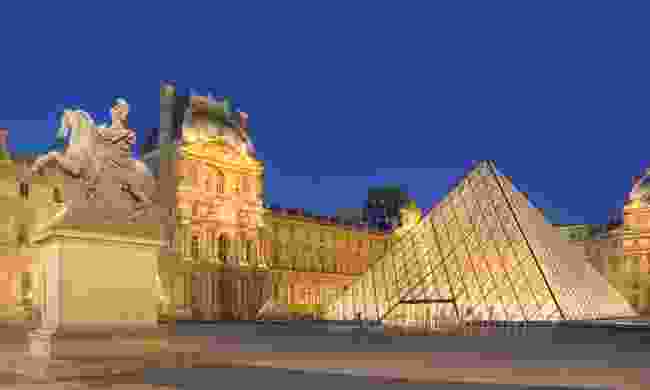 The glass pyramid at the Louvre (Dreamstime)

Built as part of a massive redevelopment of the Louvre in the 1980s, the glass pyramid designed by Chinese architect I.M. Pei sparked mass protest among Parisians. Built to serve as the main entrance to the museum, they felt it was crass and derivative, and accused François Mitterrand, the president who commissioned it, of ‘playing pharaoh.’

How that has changed. Today the structure is beloved by locals and visitors alike. With its glass panes glittering like cut jewels, it has transformed the forecourt and facades that surround it and become a tourist attraction in its own right.