Jutting out into the Atlantic Ocean, this corner of Britain is known for its beaches and quaint coastal villages, says Kav Dadfar 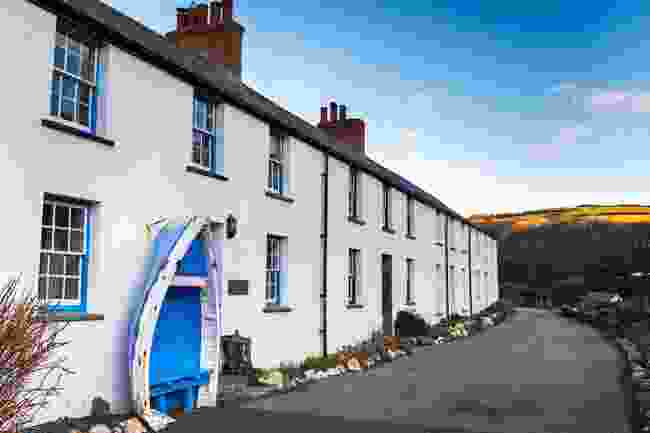 Once the busiest harbour in north Cornwall, Boscastle is a quintessential Cornish village. The village is surrounded by cliffs and protected by a quay built in the Elizabethan era. Walking along the cliff tops offers panoramic views of the rugged northern coast of Cornwall.

In the village the stone-built shops, traditional tearooms and the Museum of Witchcraft and Magic will keep you entertained. And if you happen to visit Boscastle around an hour before or after low tide, be sure to have a look at the Devil’s Bellows, a blowhole which sprays across the harbour entrance. 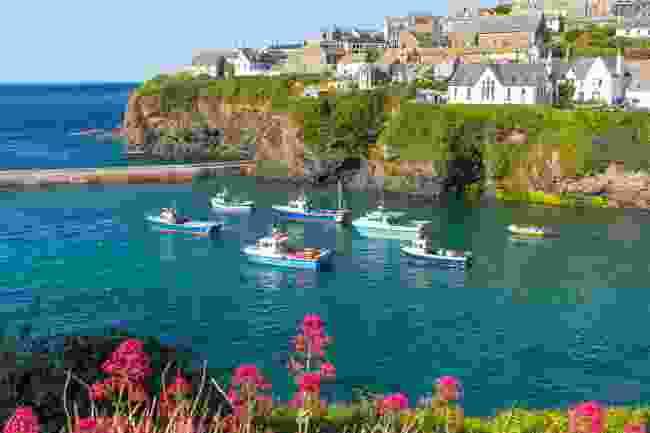 As you make your way along the idyllic north coast of Cornwall past Tintagel, you will reach Port Isaac. Stroll down to the harbour through winding streets flanked by whitewashed cottages and granite slate-fronted houses – see if you can find “Squeezy Belly Alley” along the way, one of Britain’s narrowest alleyways.

When you reach the harbour front, you may recognise it as the fictional village of Portwenn in TV’s medical comedy drama Doc Martin. 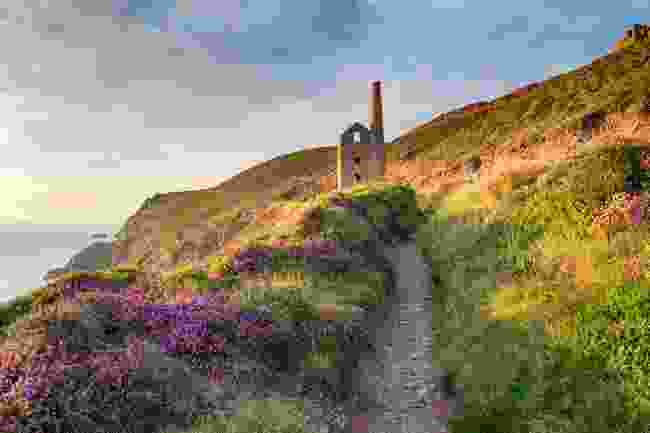 As if one accolade was not enough, this village on the north coast is set within a designated Area of Natural Beauty, and its mining landscape is a UNESCO World Heritage Site. Remnants of a bygone era when tin and copper mining dominated this region can be seen everywhere, such as at the National Trust ruin Wheal Coates.

As with all Cornish villages, St Agnes has restaurants, cafés, craft shops and galleries, as well as a row of houses on the magnificently named Stippy Stappy Lane. 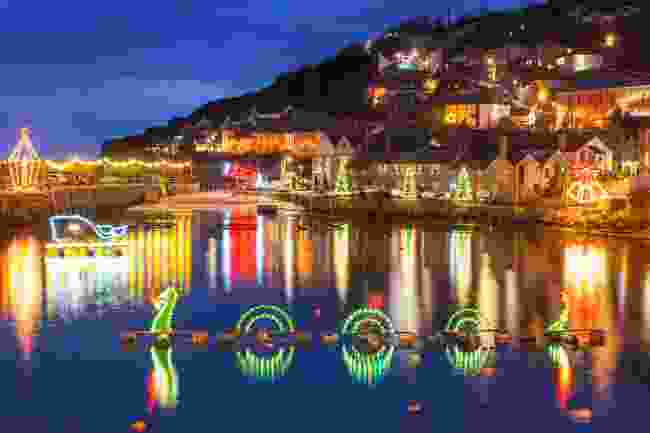 The village of Mousehole (pronounced “Mowzle,” not “Mouse Hole”) is a few miles south of Penzance.

Besides its picture-perfect cobbled street and striking harbour, Mousehole is famous for stargazy pies filled with sardines.

The village’s spectacular Christmas lights also draw crowds at night. The festivities culminate in the Tom Bawcock’s Eve festival on 23 December when there is a lantern procession and stargazy pies are eaten. It is in memorial to Bawcock who, legend has it, helped the village escape famine by fishing during a storm and feeding its inhabitants. 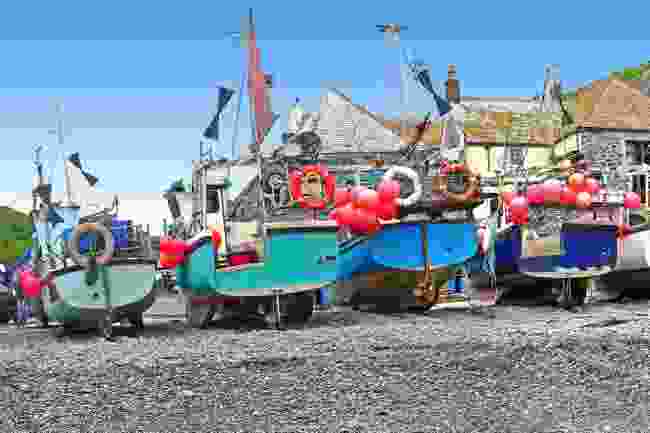 If there was a stereotypical postcard image of a Cornish fishing village, Cadgwith on the south coast might just be it. Clusters of colourful fishing boats sit still on the shingle beach and on a sunny day, the dark blue ocean shimmers, creating the perfect contrast to whitewashed thatched cottages.

A stroll up to the cliffs either side of the harbour provides views of the village, ocean and coastline as far as the eye can see. 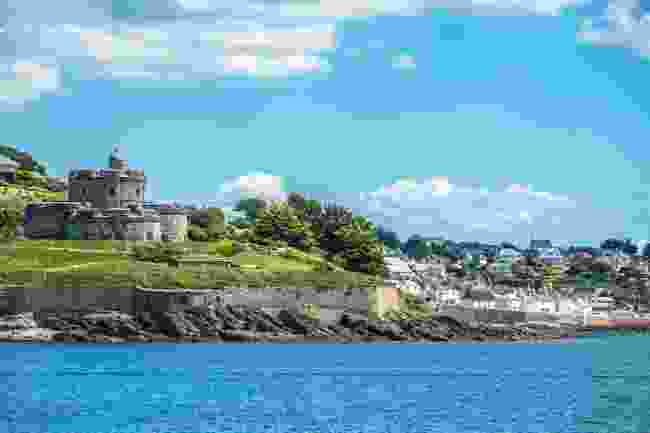 Perched beside the River Fal with a backdrop of Falmouth across the river, the south coast village of St Mawes was protected by one of King Henry VIII’s fortresses, St Mawes Castle.

As you wander through the steep streets, browsing trendy shops and galleries, it is easy to lose yourself in this old fishing port. Beach lovers will appreciate its three beaches, which all offer water sports. The nearby villages Portscatho and St Just are also worth a visit. 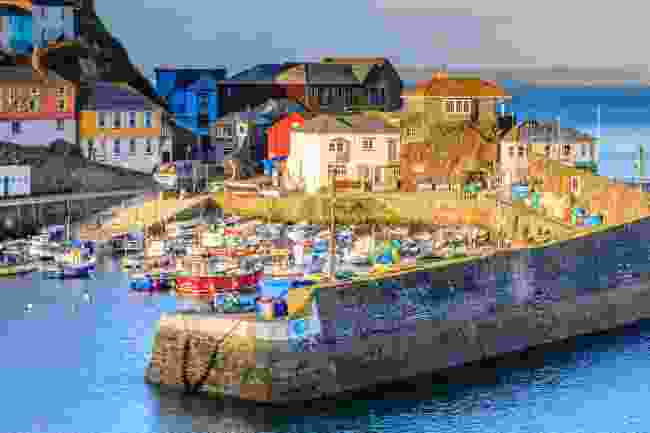 The harbourside village of Mevagissey near St Austell was named after St Meva and St Issey in the 1300s, but burial urns discovered in the area show settlements dating back to the Bronze Age.

Mevagissey was once the heart of Cornwall’s pilchard fishing industry and to this day it has a small working harbour. The narrow streets make driving difficult so it’s best to explore its cafés, pubs and galleries on foot. Nearby, Pentewan beach and the coastline offer different walks to mysterious hidden coves. 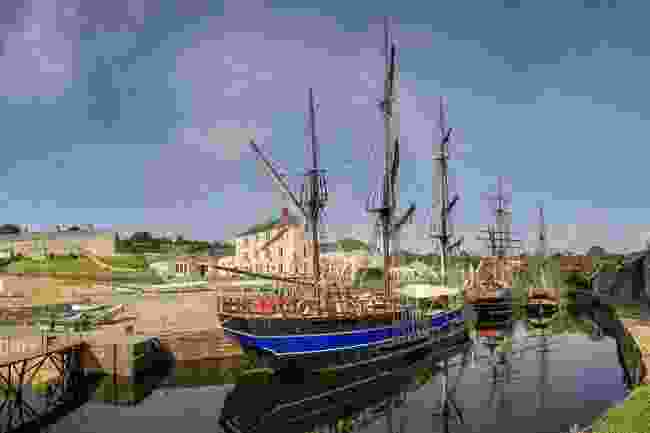 Named after the local entrepreneur Charles Rashleigh, who built the harbour between 1791 and 1801, Charlestown on the outskirts of St Austell is a great example of a late Georgian period harbour.

The harbour’s original purpose was to export copper, but that soon changed to China clay. It was also used by traditional square rigg ships, which still dock today. This well-preserved harbour is a popular location for films and TV shows – the historical drama, Poldark, was filmed here. 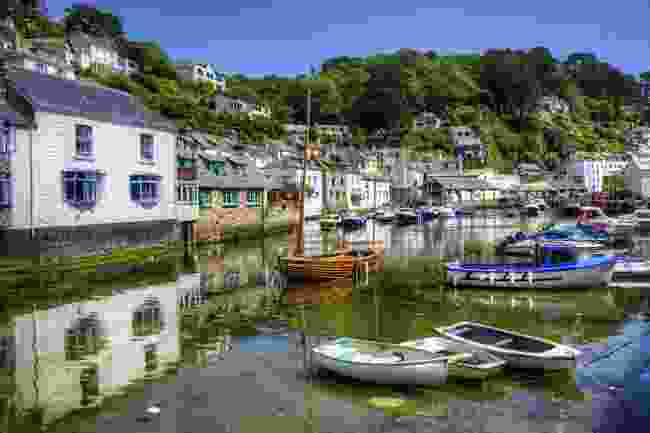 Polperro is close to Looe, another village worth stopping at along the south coast. Polperro’s winding streets are so narrow, cars are banned, which just adds to its charm.

Due to the high taxes imposed on imported goods in the 18th and 19th century, the village became a haven for smugglers until a more organised coastguard and stronger penalties acted as a deterrent. Learn more about the village’s darker history at the Polperro Heritage Museum of Smuggling and Fishing. 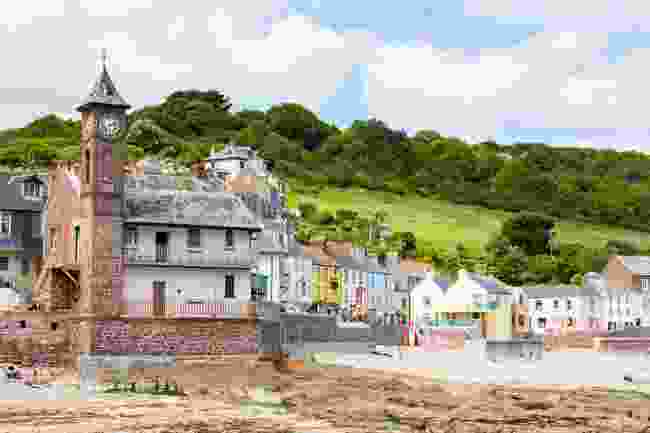 These neighbouring villages on the south coast are so close that you can’t visit one without the other. These days it is not easy to distinguish where one ends and the other starts, which makes it hard to believe that they were once in different counties – divided by a stream until the mid-1800s. Like all Cornish villages, the narrow cottage-lined streets are best explored on foot.