11 of the best places to visit in Serbia

The capital Belgrade is a must, but make time to venture deeper into central, western and southern Serbia, some of the Balkans’ best national parks, and the autonomous region Vojvodina… 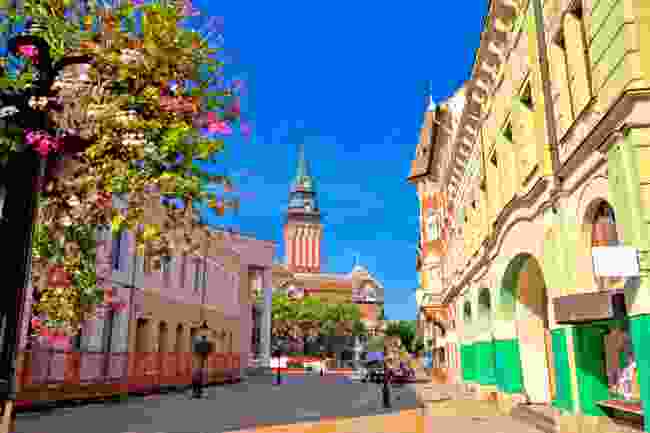 You can’t (or shouldn’t) visit Serbia without dodging the city centre cars and hitting the underground bars in buzzing Belgrade. It would be similarly criminal to skip the candy-coloured European Capital of Culture-to-be, Novi Sad.

But there’s far more to explore than the capital and its second city. Going deeper into the central and south-western regions of the country delivers fruitful results: colourful cities, glorious gorges and mountains for days.

Explore the 11 best places to visit in Serbia… 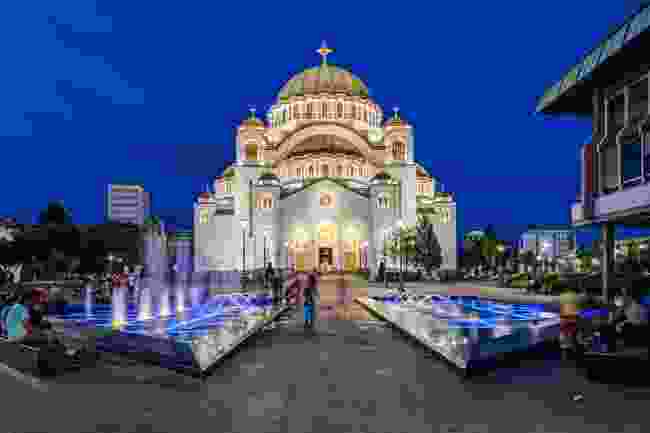 Belgrade is a mish-mash of grand architecture, bursts of green spaces, stylish stores, and brutalist buildings on the outskirts of the city. Its daytime to-do list is almost as impressive as the night’s.

For those not brave (or hip) enough for the clubs, the promenade along the Danube hosts restaurants serving traditional Balkan cuisine with a modern edge – Ambar, in particular, is a must.

Walking is essential, as there is no metro connecting the city’s highlights (that means there are a lot of cars, so keep your wits about you when trying to cross the road). 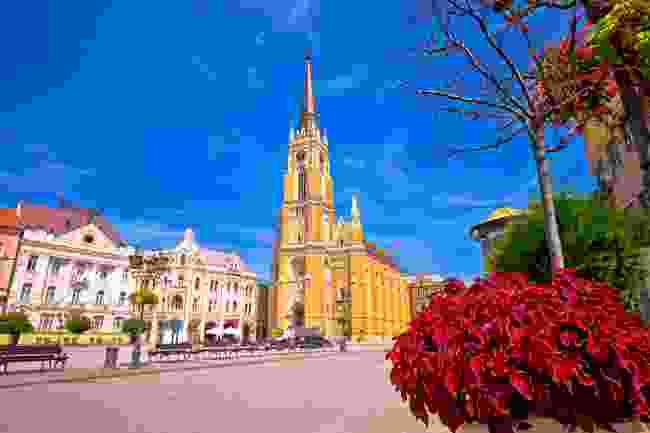 Where Belgrade is busy, Novi Sad is markedly relaxed. The capital of autonomous region Vojvodina, and the jewel of central Serbia, marches to the beat of its very own chilled-out drum. Even when Svetozar Miletic Square in the city centre fills up with, say, a foodie market or a live performance, nobody seems particularly stressed, or in a rush.

Strolling through the centre offers the chance to see grand orthodox churches and the majestic Name of Mary's rainbow-striped spire - as well as more modern trendy clothing shops, bars with outdoor seating, and a variety of ice cream parlours along Dunavska Street, which leads to a nature fix at the serenely peaceful Danube Park.

There, you’ll find protected flora and fauna (which you’ll have to appreciate without the signage – unless you read Serbian, in Cryllic, flawlessly). The city’s museums and art galleries are all a five minute walk away, and a short walk over the river takes you to the city’s piece de resistance: Petrovaradin Fortress. The fringes of the bushy green Fruska Gora National Park can be seen in the distance. It’s very possible to visit Fruška Gora, Serbia’s oldest national park, as part of a Novi Sad trip, by bike or by car. It's worth a trip in its own right, particularly for some of the gems hidden deep within its hills.

One such out-of-the-way wonder is Novo Hopovo Monastery, a working monastery with a striking yellow exterior . Inside is impressive, but wandering the grounds is the true highlight.

There are no fewer than 20 monasteries in the park, so if you’re keen you can plot a route or book a monastery tour. Whatever your decision, prepare your quiet voice, keep your knees and shoulders covered, and be respectful of the rules

Of course, there’s more to Fruška Gora than monasteries. Appreciate the sheer greenness and endless flow of the hills from up above at one of its excellent, and supremely well-priced, wineries. Vinarija Kovačević comes highly recommended. The wine, and the food, is the perfect complement to the view. 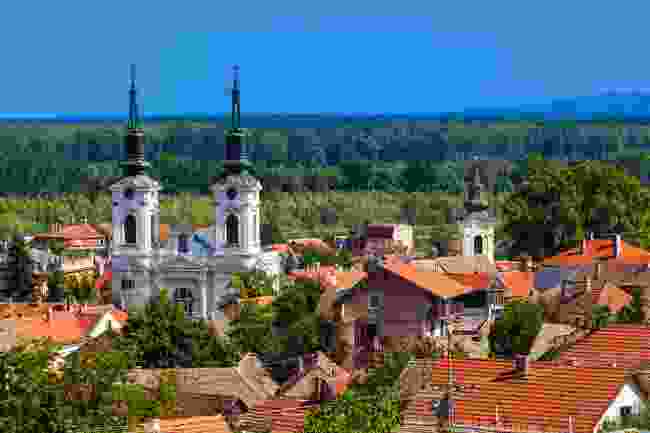 Over the river from Novi Sad is Sremski Karlovci, one of Vojvodina’s most famous – and attractive – towns. It’s fairly easy to reach from Petrovaradin Fortress. The two combined make a rather tidy day trip.

It offers the usual: historic and picturesque churches, a sweet town square, plenty of green space, but also boasts impressive vineyards, some of which can be visited by the public.

The town is also host to some Serbian traditions: the poetry festival Brankovo Kolo, a festival devoted to the tasty, ring-shaped German cake Gugelhupf, and a special superstition: those who make a wish in the town’s Four Lions fountain are foretold to return and marry in Sremski Karlovci one day. Though Subotica sounds like the name of a metal band, its actually another of Vojvodina’s pastel-coloured cities.

It’s best visited during sunny months (May to September), to highlight its fairy tale charm, enjoy its abundance of gardens and make the most of the lovely Lake Palic.

One thing to look out for is its abundance of Art Nouveau gems, particularly the city hall, dream-like synagogue and the quirky Raichle Palace. You’ll struggle to get bored walking around Subotica, and simply admiring the view. 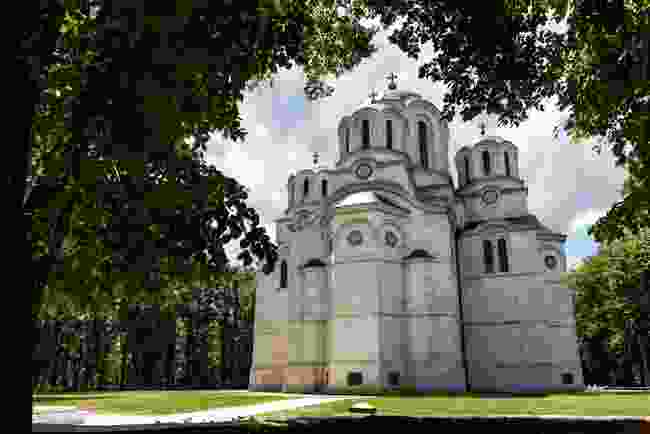 The town of Topola in central Serbia is a lengthy drive from the capital and the autonomous region of Vojvodina, but it's worth it for those seeking Serbia’s lesser-visited sights.

One of which is Oplenac, also known as St George's Church, a commanding white building with several domes, which you’ll reach after a steep walk and quick stroll through a quiet park.

Oplenac is actually a mausoleum, the final resting place of members of the Serb and Yugoslavian royal Karađorđević dynasty. Inside, the mausoleum is adorned with delicate religious mosaic designs, from ceiling to floor. Quite the spectacle.

Once you’ve taken in this historic building, a short 10-minute drive away is the Aleksandrovic Winery. One of Serbia’s most important, visitors are able to tour the wine cellars, and of course enjoy a tasting of the winery’s finest. The Trijumf white or sparkling is a must. 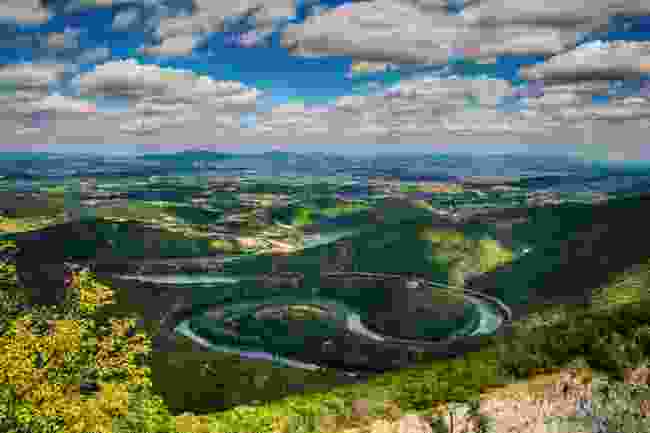 If you need a reason to head west, the Ovcar-Kablar Gorge may well be it. Nestled underneath Ovcar and Kablar mountains, the gorge goes deep: 710 m below Ovcar and 620m below Kablar.

You’ll want to hike up either mountain to see the gorge in its full glory, and to enjoy views over all of the West Morava valley. Tara is an area of natural beauty in western Serbia, first proclaimed a national park in 1981. Perhaps best known as the home of flowing Drina River Gorge, there’s another reason to visit Tara NP: the brown bears.

It has a reported 40 brown bears, the biggest number in all of Serbia, So, it’s very possible to catch one of these creatures in one of the park’s four dedicated feeding stations, with the help of a local guide.

Bear-watching tours are available whether you’re staying in the region or keen to trip it from Belgrade or Novi Sad. Each lasts a couple of days and involves a sleepover in a bear hide made of wood, with some hi-tech wildlife cameras on the go.

Of course, if you’re all out of luck, then a whistle stop of Tara’s highlights, a day at Perucac Lake and a virtually visitor-free hike through the rolling hills will more than make up for it. 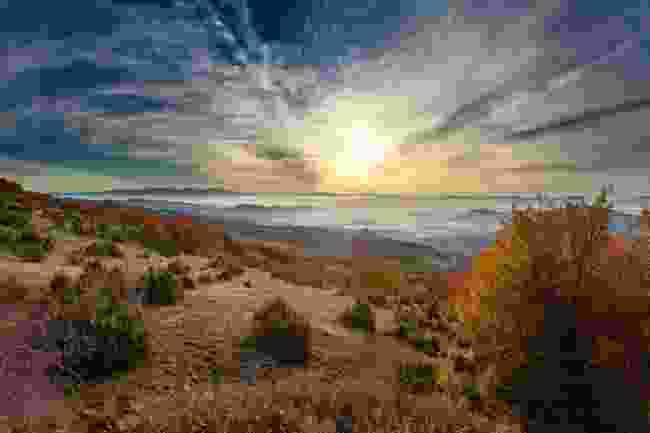 Now on to south-western Serbia. The town of Ivanjica is worth a stop, if only for a browse around the main streets, before experiencing the underground magic of the Hadzi-Prodan Paleolithic caves, and learning about its long history in the neighbouring museum.

An hour and 10 minutes in the car will take you on to Mount Golija, the highest and most impressive in the region. The mountains, thick with forest, envelope you as you drive – or stop in a hillside restaurant to enjoy the view – and are impossibly rich, lush and green in the summer. In winter, Golija becomes a picturesque skiing spot.

Within the mountain range lives the first Biosphere Reserve in Serbia: Golija-Studenica. In it are natural springs, three lakes, and a variety of flora and fauna to be protected. And whatever the weather, whichever angle you’re looking at Golija from, you’re practically guaranteed one of nature’s finest: a glorious, calming pink sunset. Niš is the third largest city in Serbia, and its biggest attraction? Well, it’s a little less candy-coloured than you might expect… it’s called Skull Tower (Ćele Kula), and it’s as terrible as it sounds.

Skull Tower is a stone tower, comprised of human skulls embedded into the walls. It built by the Ottomans in the early 1800s, after a great battle for the freedom of Niš, as a warning never to rise against the Empire again. There are over 900 skulls in total.

If skulls aren’t for you, head into the town to enjoy sightseeing easier on the eyes (and stomach): Niš Fortress, Niška Banja park and the close-by Jelašnica Gorge are all noteworthy stops. There are plenty of kafanas (bars) to eat & drink the local fare once you’re all walked out. 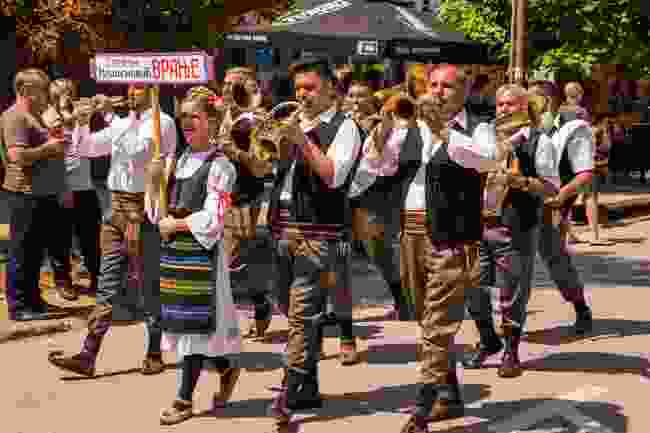 Perhaps the quirkiest place to visit: Guča in western Serbia comes to life in mid-August when the annual Trumpet Festival takes place and fills the town with folk music for three days.

The town typically has a population of 20,000 or so – but the festival’s popularity sees hundreds of thousands descend, from all over Serbia and abroad.

Novi Sad: Everything you need to know

The best trips through the Balkans