Pittsburgh travel guide: Is the city really 'hungrier for culture' than New York?

Once known for its industrial grit, Pittsburgh, Pennsylvania is now known for its food scene, rugged trails and a February flamingo festival…

The great US writer Willa Cather once described Pittsburgh as “more vital, more creative [and] more hungry for culture than New York”, and it still has a ring of truth a century on. The City of Bridges, built at the conflux of three great rivers, has more poetry about it than its mid-Atlantic industrial reputation might suggest.

Nowadays, it’s an altogether hipper affair. As well as being the birthplace of pop-art icon Andy Warhol and a sketchpad for iconic architects such as the late Frank Lloyd Wright, a slick art scene still bubbles alongside the sports stadia that dominate local passions.

What else is there to love about Pittsburgh? 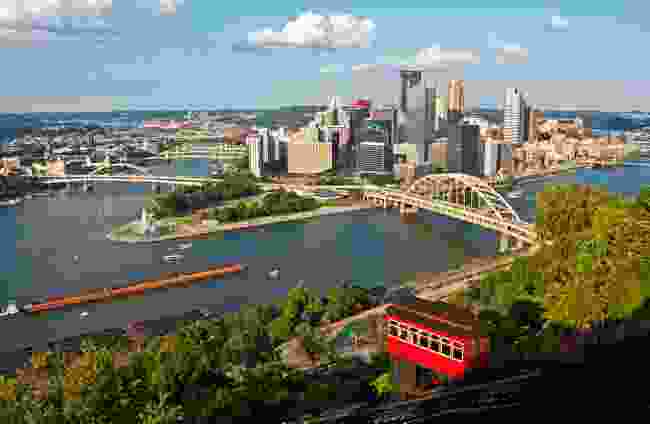 Pittsburgh viewed from the Duquesne Incline, in summer (Dreamstime)

Then there’s its setting: on the banks of the Monongahela, Allegheny and Ohio rivers. Kayaking trips and the Three Rivers Heritage Trail (40km) all skirt their waters, while the city also stands at the gateway to the Great Allegheny Passage, an iconic trail that follows old rail lines up into the scenic Laurel Highlands.

It’s easy to find something that catches the eye here. Northside is known for its museums as well as the vast Heinz Field (whether you care for American football or not, seeing the Steelers play is a rite of passage), while the Strip District and Lawrenceville are all about boutiques, distilleries and dining – the sort of places where ‘wagyu short-rib taco’ is not a dirty phrase.

It all stems from an ongoing tech boom driving youth to the suburbs. But Downtown is the still the heart of Pittsburgh, from the riverfront to the always exciting Wood Street Galleries, which turned an old light rail stop into a busy artistic hub. 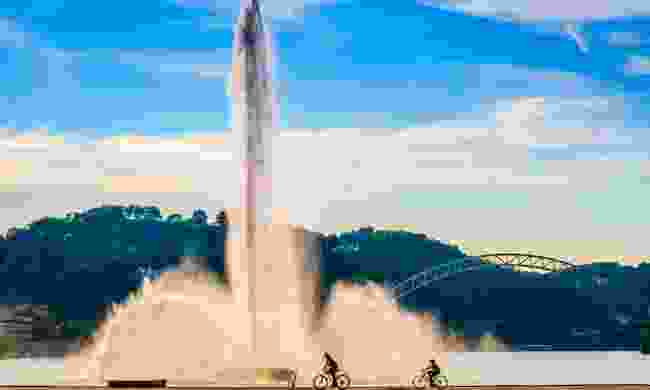 February sees a flock of flamingos on the beach of the wetlands at the National Aviary during a Flamingo Fest. If you're lucky, the curious creatures will strut up to you to nudge or preen you.

Come June, the Dollar Bank Three Rivers Arts Festival brings 10 days of free art and music to the Cultural District downtown, which is known for its theatres, galleries and jazz bars and to the lush Pointe State Park, where the oldest building in the city, the 18th-century Fort Pitt Block House, still proudly stands.

It isn’t glamorous but there’s a rugged, artsy energy to Pittsburgh that isn’t easily defined. As Cather once declared, it’s a “hungry” city. Perhaps that’s what makes it so fun.

How to get to Pittsburgh

How to get around Pittsburgh

Navigate Pittsburgh with a ConnectCard – an all-access pass for its transportation services.  Kayak Pittsburgh rent gear for paddling the rivers.

Icon of Pittsburgh: What to expect from Randyland 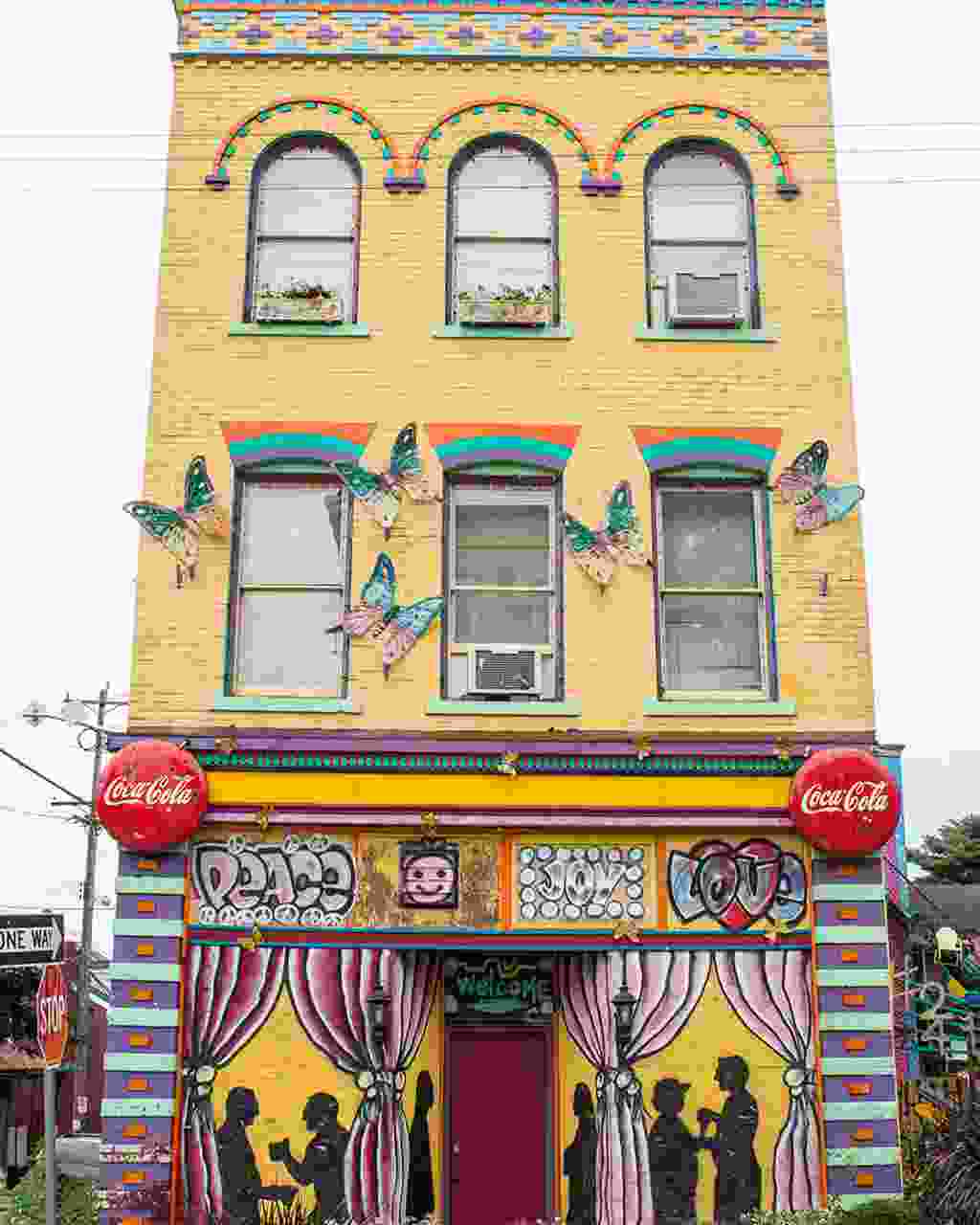 The yellow and beautifully decorated front of Randyland (Dreamstime) 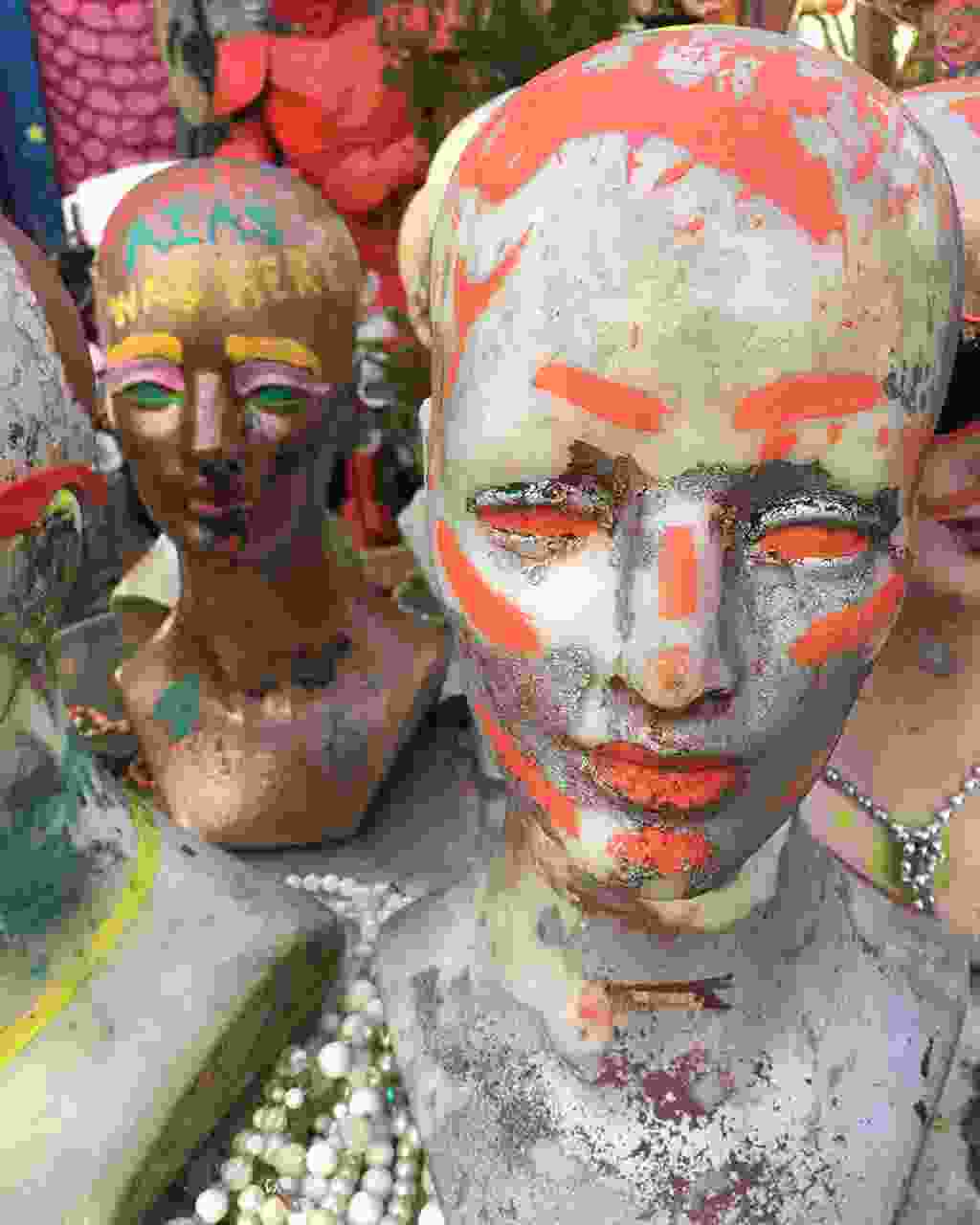 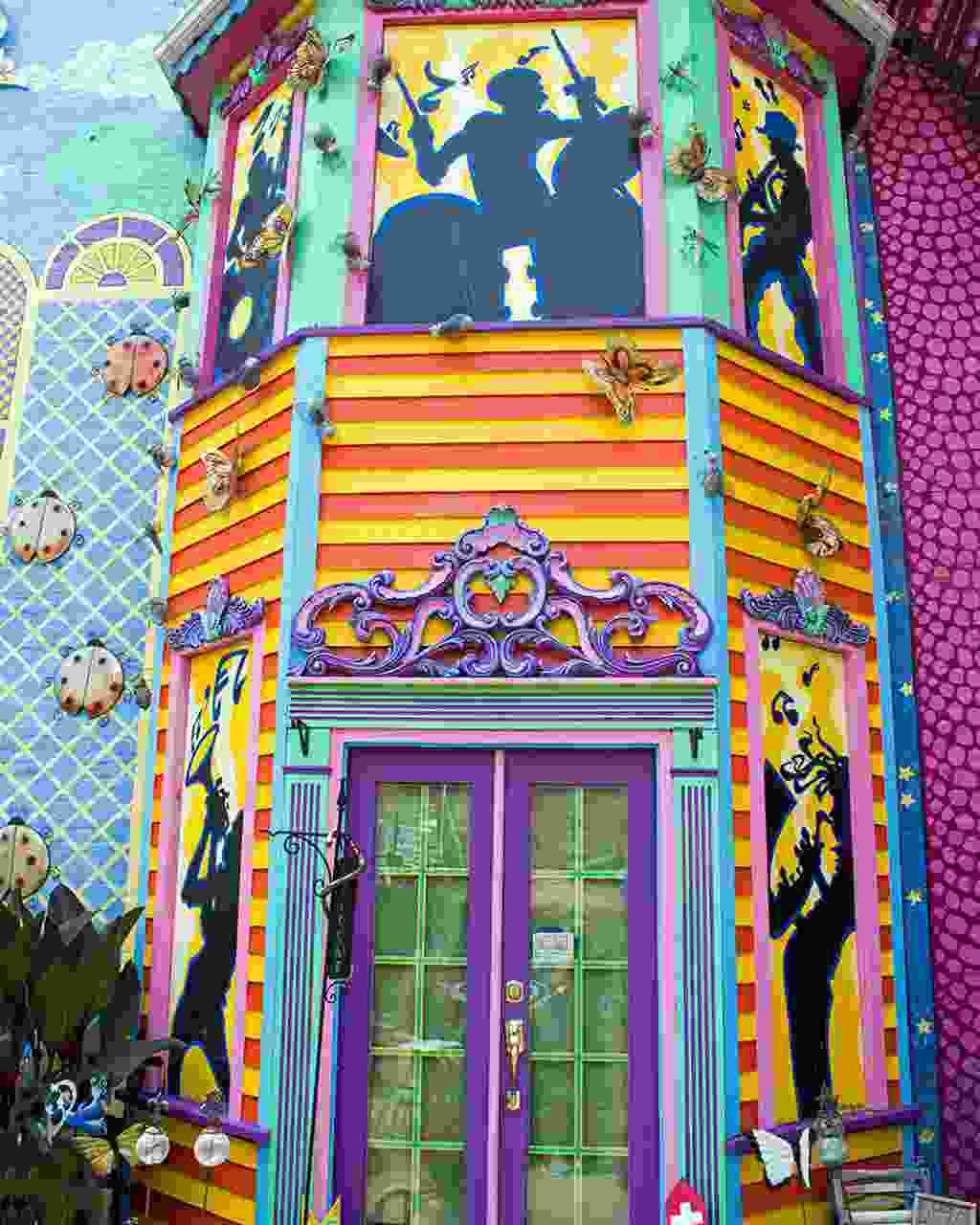 Like many great things, it often starts with someone saying, “I have a dream”. And the colourful Randyland is no exception.

Eccentric owner Randy Gilson bought the site on credit nearly 25 years ago, all with the dream of creating a public art forum and inspiring his Northside neighbours.

Today it stands tall as a psychedelic experience for all to enjoy, proving that life can be as simple and colourful as we make it.

What to see and do in Pittsburgh

If you only do three things, make sure you soak up Pittsburgh's art, nature and culture with these essential experiences...

1. Turn over a green leaf 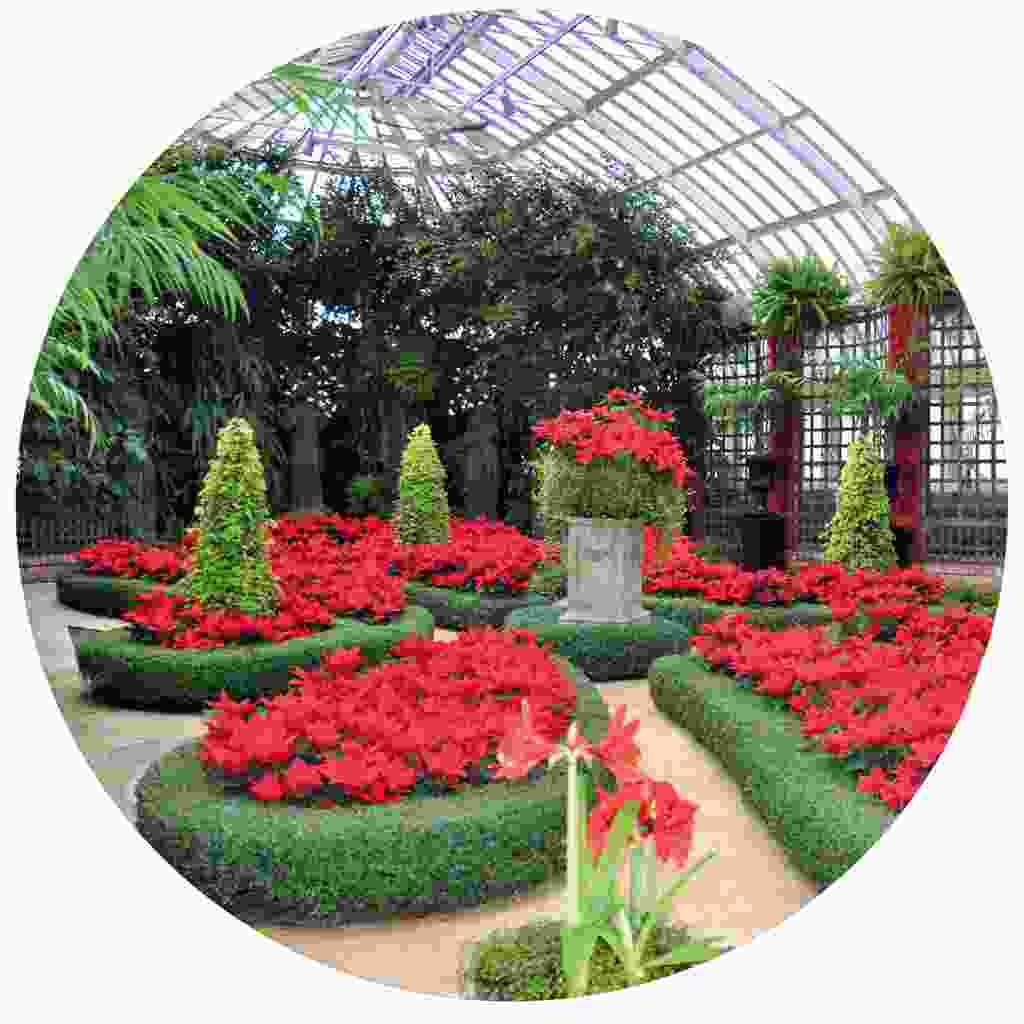 Smell the roses at Phipps Conservatory and Botanical Gardens. With its tropical exhibits, flower shows and striking art collections, Oakland’s green oasis is one of the great gardens in the USA.

2. Get your museum fix The four Carnegie Museums of Oakland are home to world-class exhibits on science, natural history and art, and includes the Andy Warhol Museum where you can delve into the colourful history of pop art. 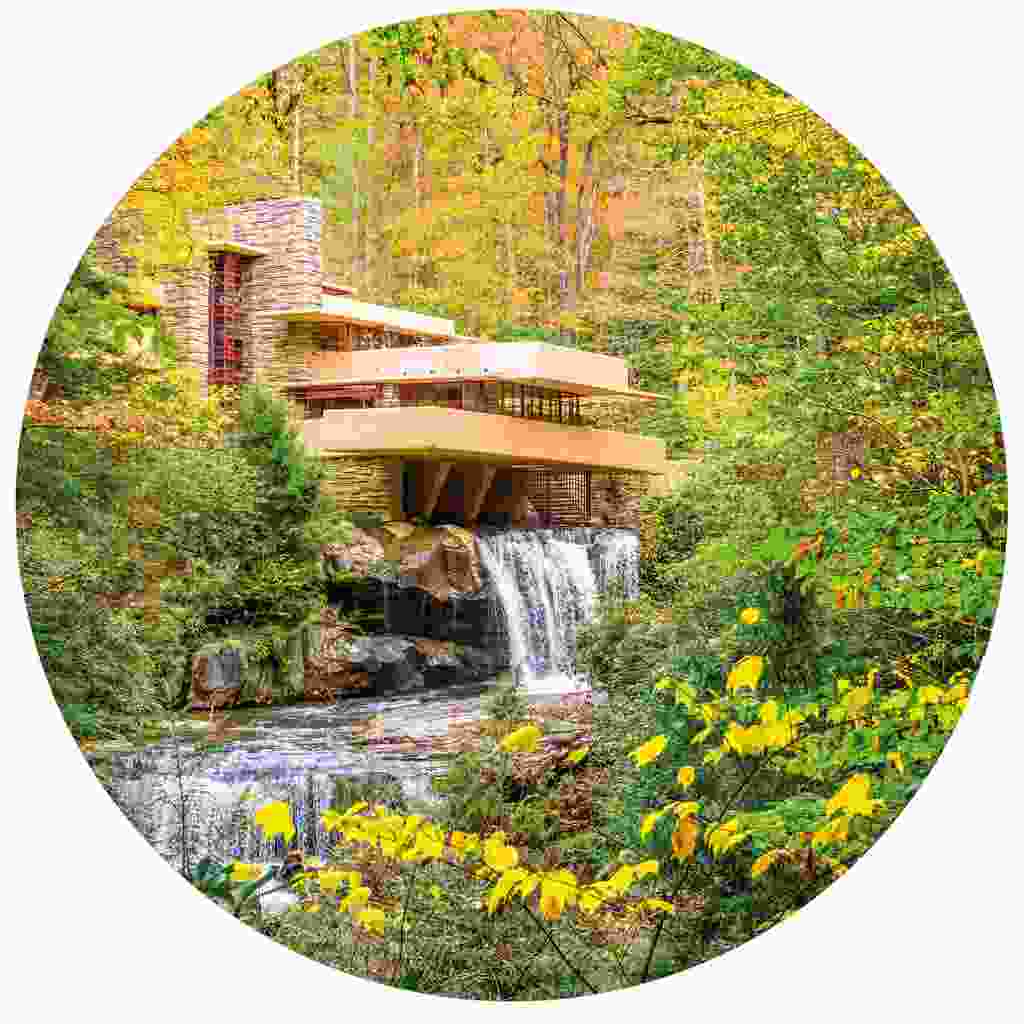 Outside the city lies Fallingwater, arguably the USA’s most famous house. Designed by the architect Frank Lloyd Wright, it sits atop a waterfall in the Laurel Highlands and has a fine museum inside.

See more of the USA: